DODGE CHALLENGER DEMON – WHAT WE KNOW SO FAR

The Dodge Challenger Demon is set to become one of the greatest muscle cars ever made, here's what we know so far

DODGE has released the first official photos of its new muscle car king, the Dodge Challenger Demon ahead of its debut at the New York Auto Show later this week. While Dodge is still keeping things like horsepower and performance stats secret for the Big Apple reveal, the company has been dropping hints about some of the car’s features for the last couple of months through a series of weird YouTube videos; here’s what we know so far.

The Demon is based on the Challenger Hellcat, though its body has been modified significantly in order to accommodate massive drag radial tyres front and rear. At all four corners you’ll find extended wheel arches, 18x11-inch lightweight alloy wheels and 315/40R 18 Nitto NT05R street-legal drag radials. The other major difference is the bonnet – or hood – which features a pretty significant ‘Air Grabber’ scoop that force-feeds the supercharged V8’s cold-air intake. The engine also sucks in air through two ‘Air Catcher’ headlights. They’ve also stripped a bunch of weight out of the car – around 91kg -, through the use of lightweight parts and deletion of some interior luxuries. 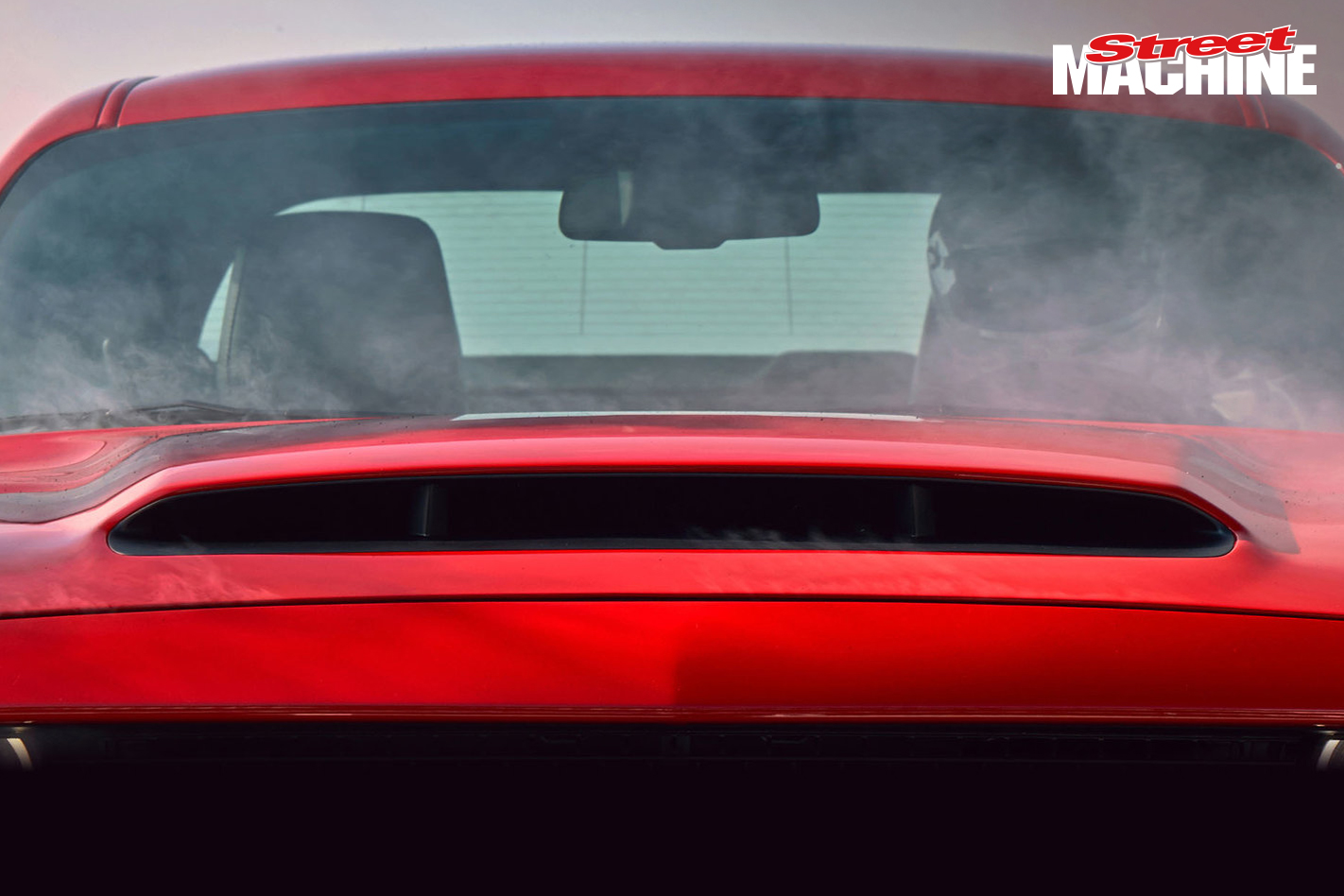 Engine details are still up in the air at the moment but we do know a few things about the rest of the driveline. The eight-speed automatic gearbox is a sure thing with teaser videos clearly showing gearshift paddles. It’s also understood that Dodge will incorporate a bunch of drag-strip tech into the auto by using a higher stall converter and a transbrake launch control system! The transmission locks movement of the output shaft while the engine builds up to a max rpm of 2350rpm, and the brake release is operated via a steering-wheel button. A new torque reserve function is also used to help the supercharger build and hold maximum boost while launch control is active. It closes the bypass valve on the supercharger, “prefilling” the supercharger, it then manages fuel flow to cylinders and changes spark timing to balance engine rpm and torque. A line-lock function is also part of the package. 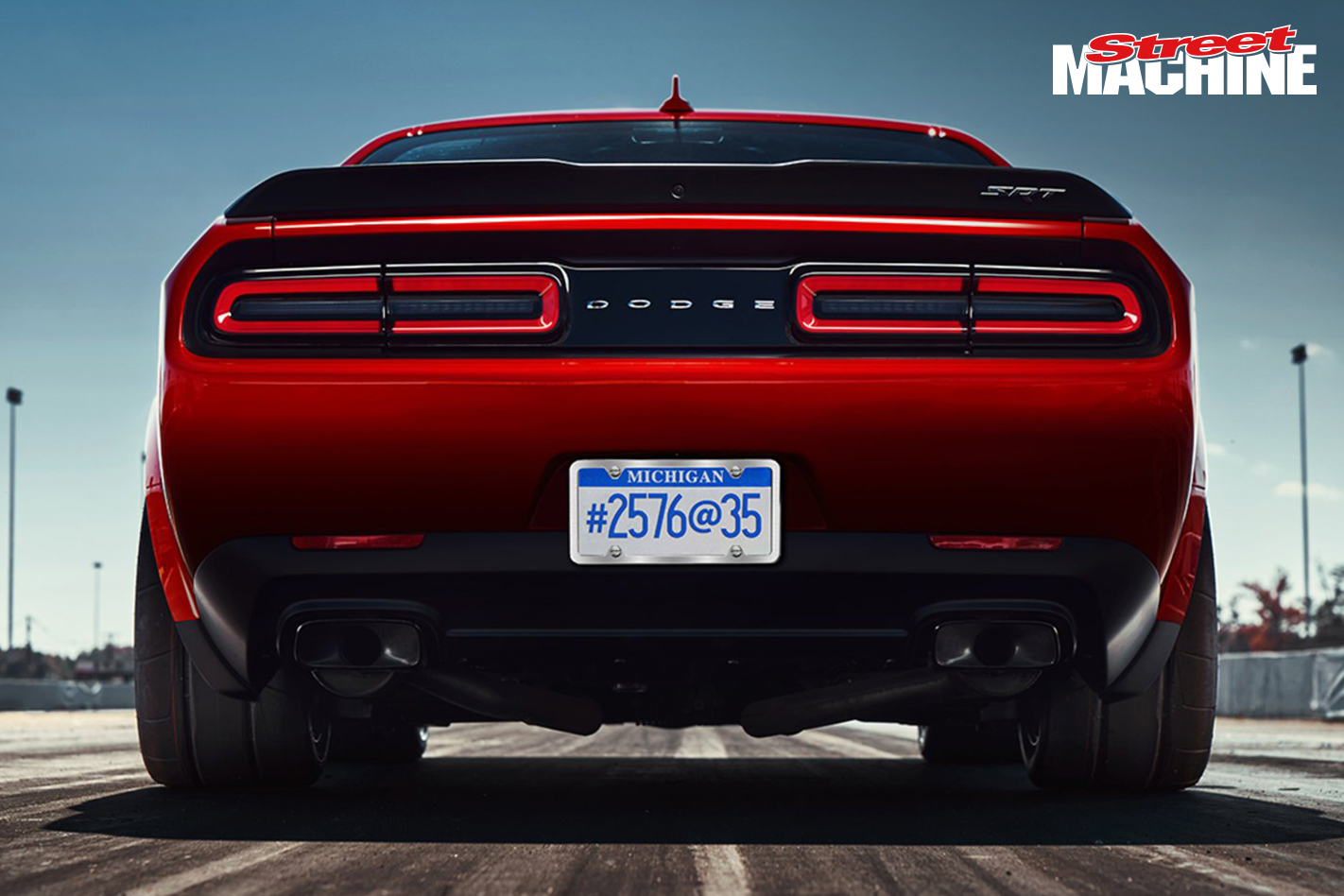 To help get off the line quicker, the Demon also uses 3.09 diff gears instead of 2.62 in the standard Hellcat (remember it has eight gears!), which should give it much more zing off the line. Along with those special drag radial tyres, strip-tuned adaptive shocks have also been used along with a traction control system specially designed to eliminate axle tramp off the line. The strength of all of the Demon’s major components has also been increased, with a 20-per cent increase in driveshaft tube thickness, upgraded rear differential and new 41-spline half shafts. 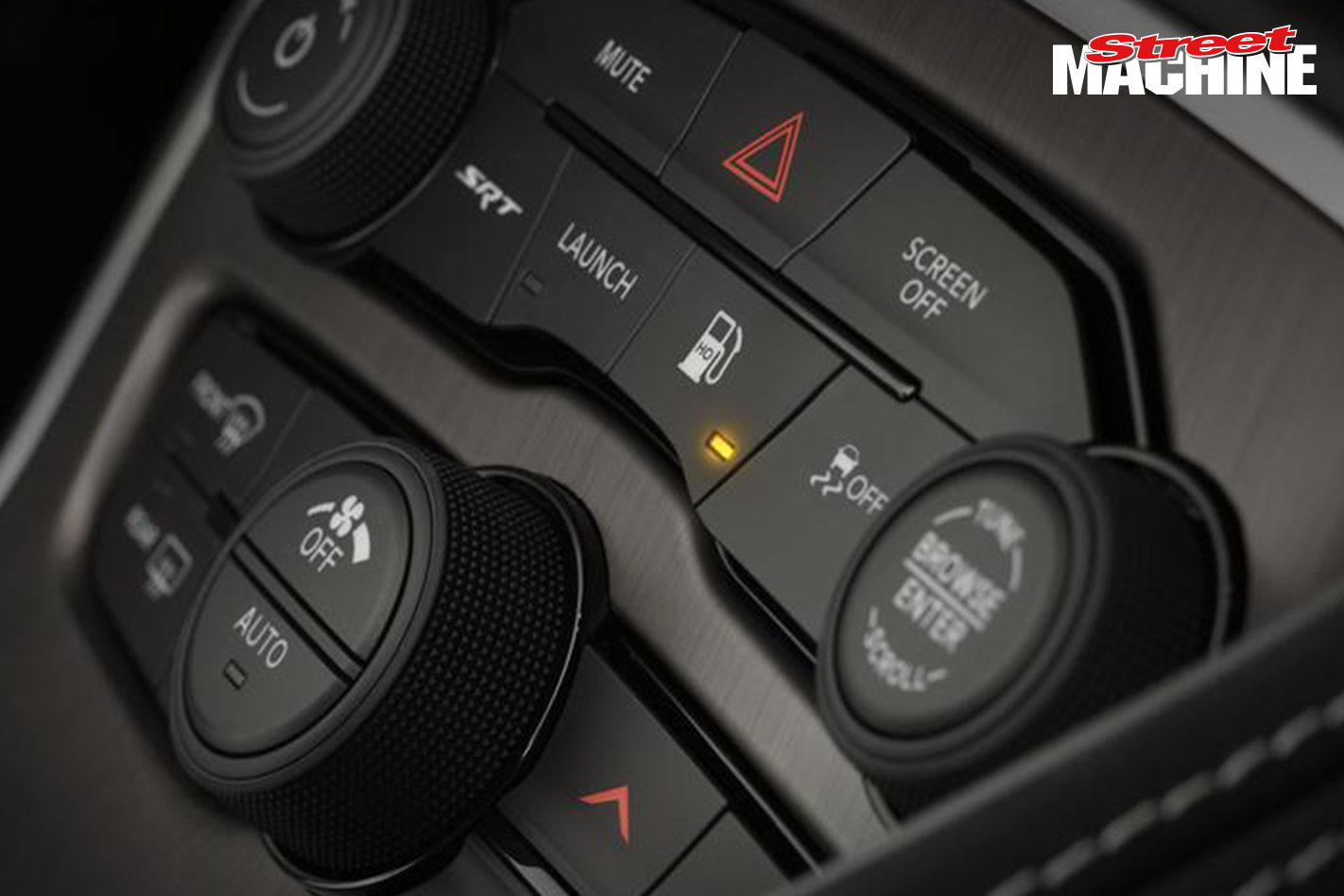 Fuel has been a big part of the Dodge Demon hype from the beginning with early talk centered around E85 flex-fuel capability. However, it seems the Demon will be tuned to run on standard 91 octane juice or 100+ octane unleaded race fuel which is available at most race tracks in America. It’s not a matter of just filling up and hitting the track though like some OEM and aftermarket flex-fuel setups. Dodge will supply Demon owners with a crate full of tools they can use to prepare their cars for race duty, including swapping out the standard Powertrain Control Module for a separate unit programmed for race fuel. Twin fuel pumps and bigger injectors over the standard Hellcat promise to make the most of the blown V8’s potential. 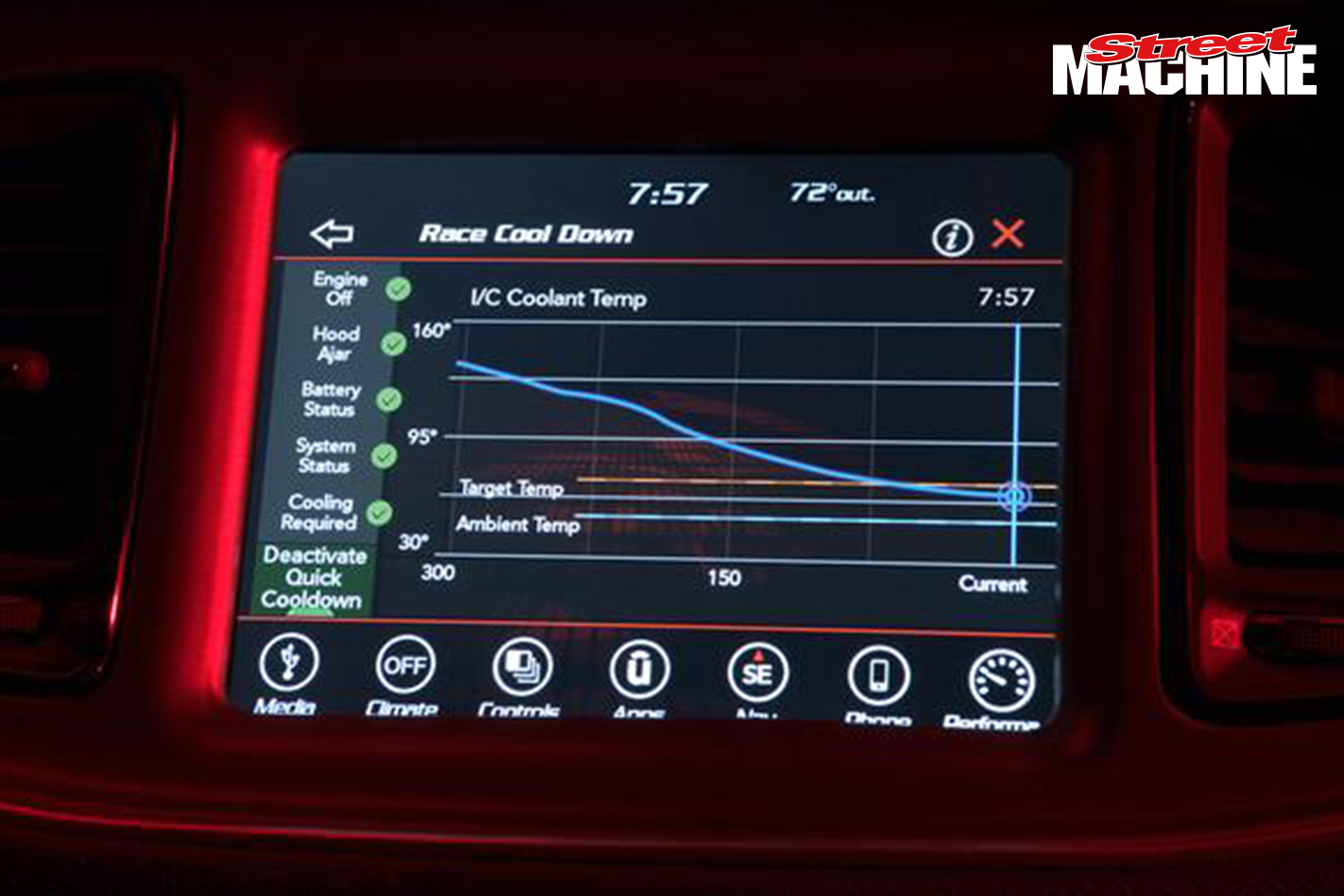 Here’s where things get cloudy. Within Dodge’s ‘unique’ teaser videos there are hidden messages everywhere, and it’s tricky to determine what the hell they’re talking about – and that’s probably the point. 757 seems to be a magic number that continues to appear everywhere from the interior clock to various other bits within the interior screen and dashboard. I reckon 757hp seems about right for the standard 91 octane tune. One of the videos also shows 7:57 as last acceleration time and then has 8:15 as best (which makes no sense). Could 815 be the horsepower figure on race fuel? The on-board data-logging screens also show a 10.5-second quarter-mile time, 0-60mph in 3.0 seconds and 0-100mph in 6.0-seconds, all of which sound about right.

We’ll find out everything we want to know in a couple of days when Dodge unveils Challenger Demon in New York, stay tuned.