IT HAS been a couple of weeks since we checked in on the Dodge Challenger Demon – the newest hero ride to come from Mopar camp – and the news just keeps on getting better. By all accounts the new SRT Demon will be more powerful and much lighter than the already awesome Challenger Hellcat.

As we revealed a couple of weeks ago, the new Dodge Challenger SRT Demon will be packing some extra ponies, and will probably be flex fuel-capable. That’s a good start, but some new teaser videos released over the past two weeks have us very excited. Since the first teaser, Cage, the team at Dodge have released two new shorter videos called Reduction and Wide Body. Reduction starts with the Hellcat being driven onto a weighbridge platform suspended by chains. At 2042kg (4493lb), the Challenger Hellcat is a hefty bit of gear and the video shows the scales swinging deep into the red zone. Then the diet begins, with the video showing various parts highlighted, such as lighter wheels, steering and suspension, seats, body structure, mirrors, brakes and interior components, which helps the needle swing back into the green at the lower end of the scale. Taking away weight is just as good as adding horsepower when it comes to straight-line performance, and it should make the Demon much nicer to drive on the road as well. While these improvements won’t get the Demon down under the 4000lb mark, Dodge is saying the new ride will be 200lb lighter than its Hellcat brother, and that will make a significant improvement to its quarter-mile performance. 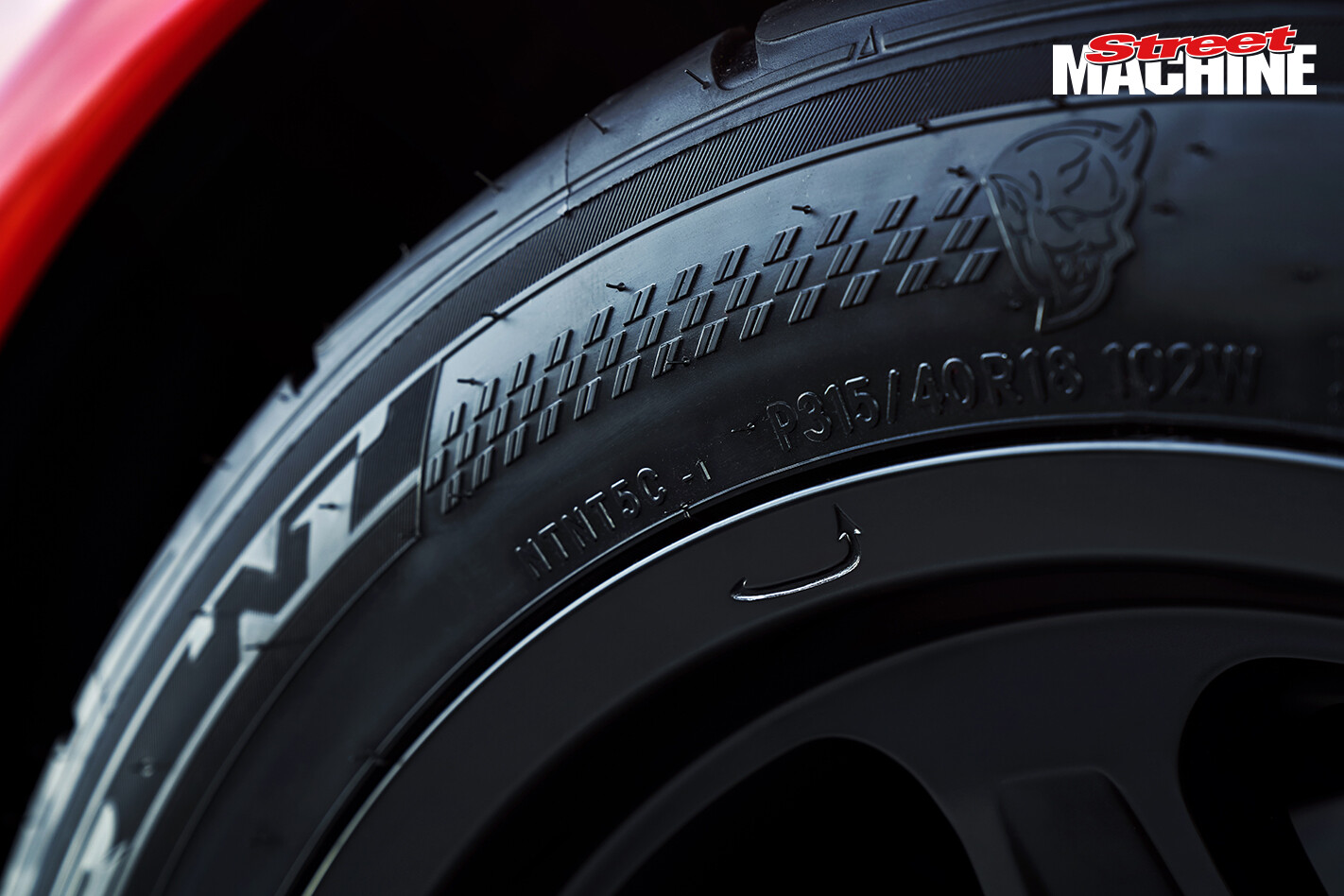 Of course big horsepower and light weight don’t mean a thing if you can’t put the power to the ground, and that’s where the latest video teaser, Wide Body, comes to the party. The video starts with the Demon doing a burnout before leaving a fat pair of black marks on the pavement. Flared guards add 3.5 inches – or about 90mm – to the overall width of the Dodge Challenger, and they’re certainly needed to cover the new lightweight 18x11in wheels and special Demon-branded Nitto NT05R drag radials. The SRT Demon will be the first-ever production car with drag radials as standard, and they’ll measure up at 315/40/18 front and rear, giving the beast a fat and aggressive look. 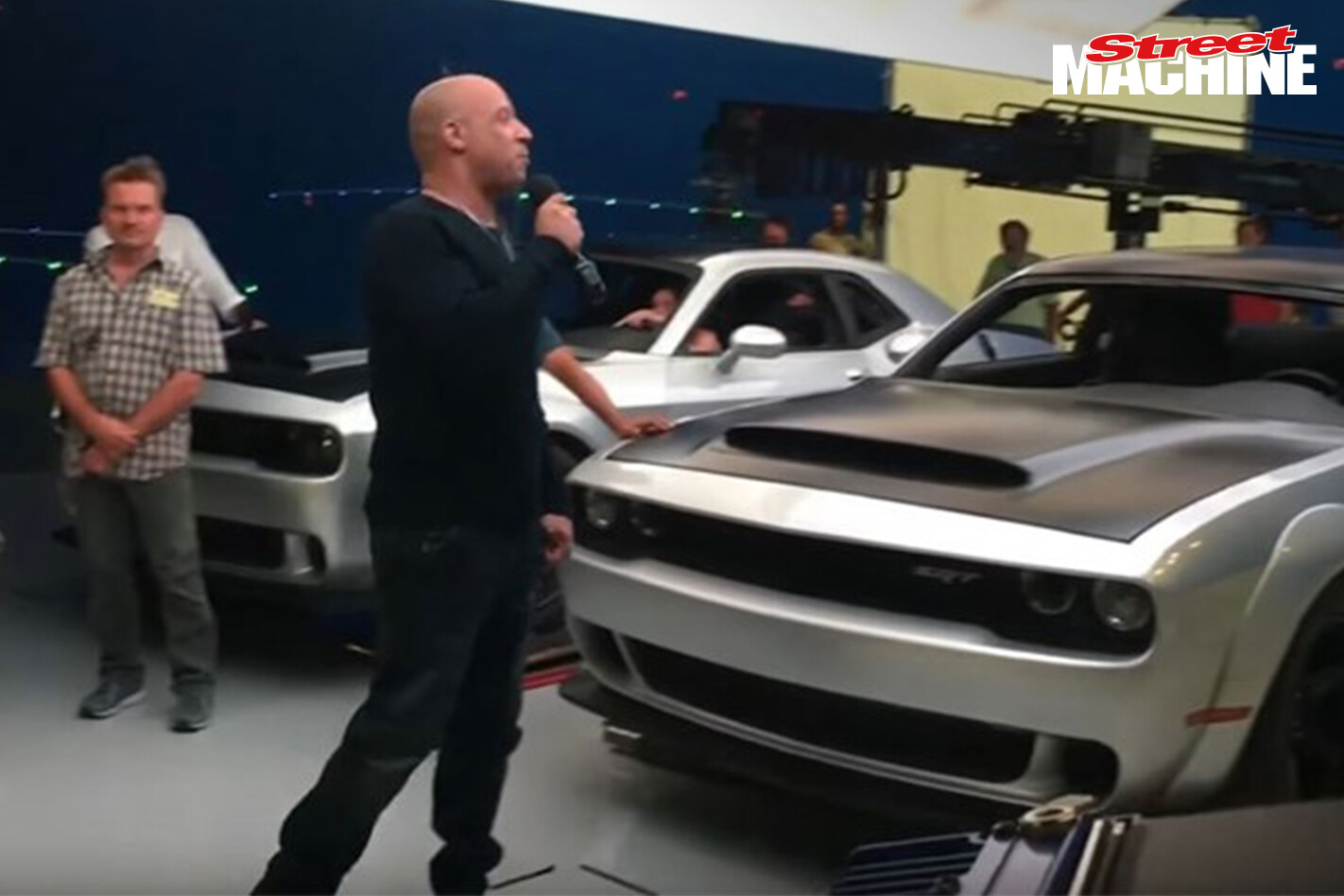 Dodge has another 12 videos planned to reveal the Demon’s true nature, but it does appear that Hollywood has inadvertently released some details ahead of time. The new Challenger SRT Demon appears in the new Fast & Furious movie, Fate of The Furious, and Vin Diesel showed the cars in the background of a recent video where they wrapped up the filming of the latest movie. It shows the Demon with its massive flared guards and a very aggressive hood scoop that matches the outline of the scoop shown in the Reduction video. It looks very cool, and we can’t wait to hear more about it.

The next video drops in three days – stay tuned.