DODGE’S new Challenger SRT Demon is proving to be the most exciting new muscle car to hit the streets since the introduction of the Hellcat. In the past three weeks Dodge have dropped three new teaser trailers – let’s take a look.

If you’re late to the party and you don’t know what the Hell-cat we’re talking about, Dodge has been teasing us with a bunch of short clips that reveal everything we need to know about the new Dodge Challenger SRT Demon. The final reveal will be at the New York International Auto Show in April. To date they’ve dropped six videos on us, but there’s still nine more to come. Let’s briefly recap. In the first video Cage Dodge revealed the existence of the Demon and its relationship with the Hellcat – it’s going to be a bigger, badder Hellcat and they also showed that a special ‘green’ fuel will be part of the equation. We’re tipping that fuel will be E85. The next video Reduction showed that the Demon will be 200lbs lighter than the Hellcat, and the third clip Body showed that this new Challenger will have 315 Nitto drag radials and flared guards all around. But there have been lots of other hints dropped in the clips too – every frame of every video means something. They also included an image that showed the rear end profile of the new car with the numberplates #2567@35 and that had more than a few people scratching their heads. What does it mean? Well we don’t know for sure but we did see one answer that made some kid of sense. The suggestion was that 2567 was the cc displacement of a new and larger supercharger and 35 inches of mercury, which would equal 17.19psi boost. The Hellcat runs a 2380cc IHI screw supercharger at 11.6psi boost, so it’s reasonable to suggest that the new Demon will have a bigger blower and more boost. It’s as good a theory as any. Video number four was simply called Crate and shows a racer opening a large box and he starts pulling tools out. Some of the items include a battery powered impact wrench, an aluminium trolley jack, air pressure gauge and more. From what Dodge is saying customers will be able to select what goes into the crate with up to 18 items available and they will include Demon performance parts, Demon branded tools, Demon spare wheels and tyres, and the Demon Track Pack System; whatever that means. All-in-all it appears that new SRT Demon owners will get themselves a nice box full of goodies. Seeing that a brand new Hellcat starts at just over $64,000USD and the Demon is going to be significantly more expensive, the ‘Demon Crate’ will be a nice piece of added value. One little hint with “The Crate” press images were the serial and VIN numbers of 757 and 1121. These numbers have set the internet alight with speculation. Given that the Hellcat makes 707hp, does this mean the Demon is going to be 757hp and then what about the 1121 figure, could that be torque? 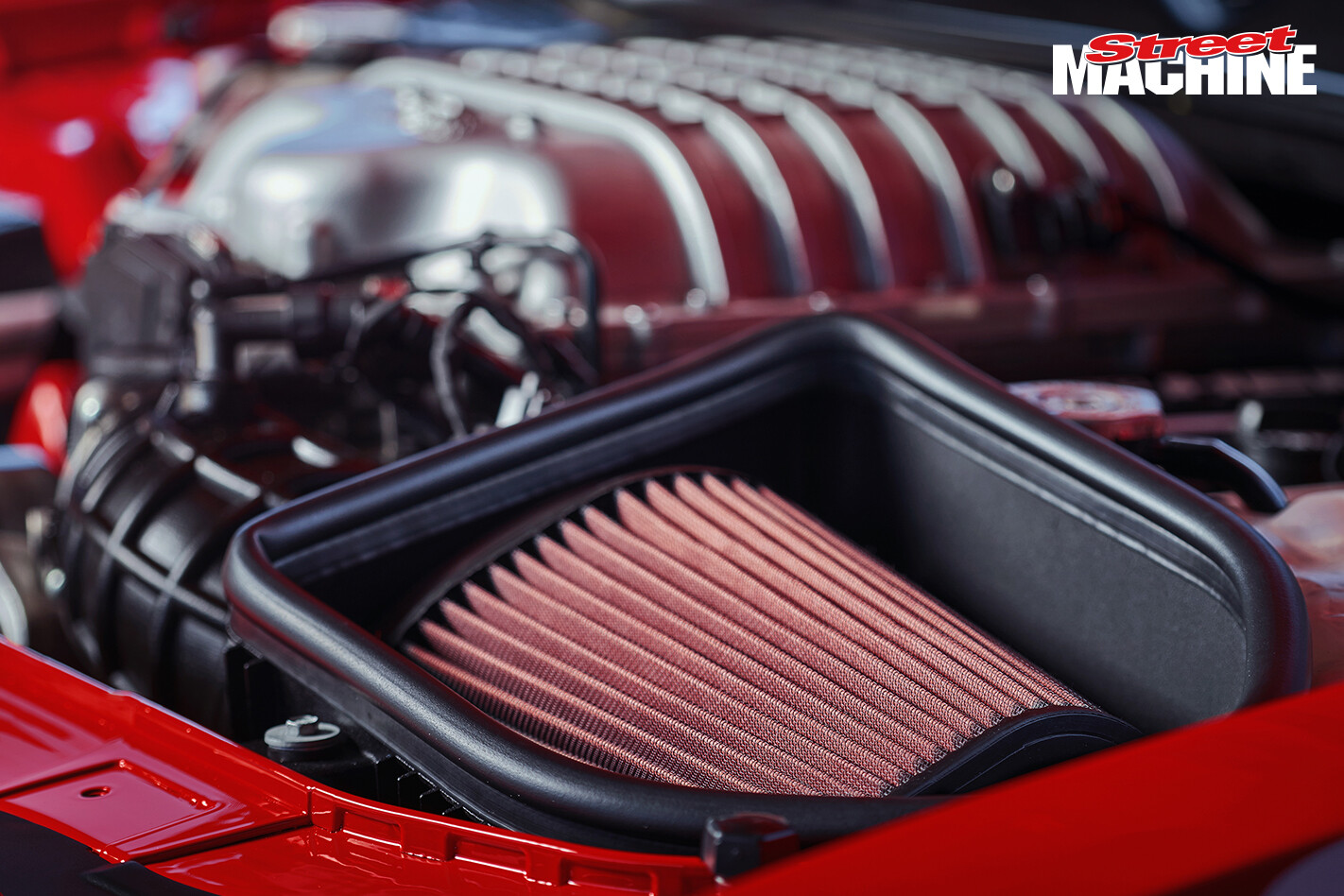 We say no. For starters almost everyone agrees that a 50hp would be a pretty lame power increase for a car called Demon, and 757hp and 1121lb-ft are not figures that really match up. But let’s take a trip into fantasy land for a moment, and this is a big one. What if the 757 figure was kilowatts? And the 1121 figure measured in Newton-metres? Those are a pair of power and torque figures that would match up and that would put the horsepower just a tad over four figures at 1014hp. Would Dodge dare? It’s pure speculation on our part, although we can’t think or any other reason to use those particular figures. But here’s the thing, Ryan Nagode, a Fiat/Chrysler designer recently posted an Instagram image of a console screen showing power and torque lines that head north of 900hp. Could we be in the ballpark? That brings us up to the latest two videos and some of the hints dropped in earlier videos have been confirmed. For example we spotted the twin Air Catcher headlights (as opposed to the single unit used on the Hellcat) in the very first video and fifth video Forced Induction confirmed that there is going to be two Air Catchers on the Demon, along with the Air Grabber hood which will help lower intake temps by around 30 degrees. The Air Grabber name is a hat tip to the cold air inductions of late 60s and early 70s, where Mopar muscle cars had vacuum operated hood openings to draw in fresh air. The new Air Grabber features a 45square-inch opening that is ducted and sealed to the top of the air box; delivering cool clean air straight to the filter. 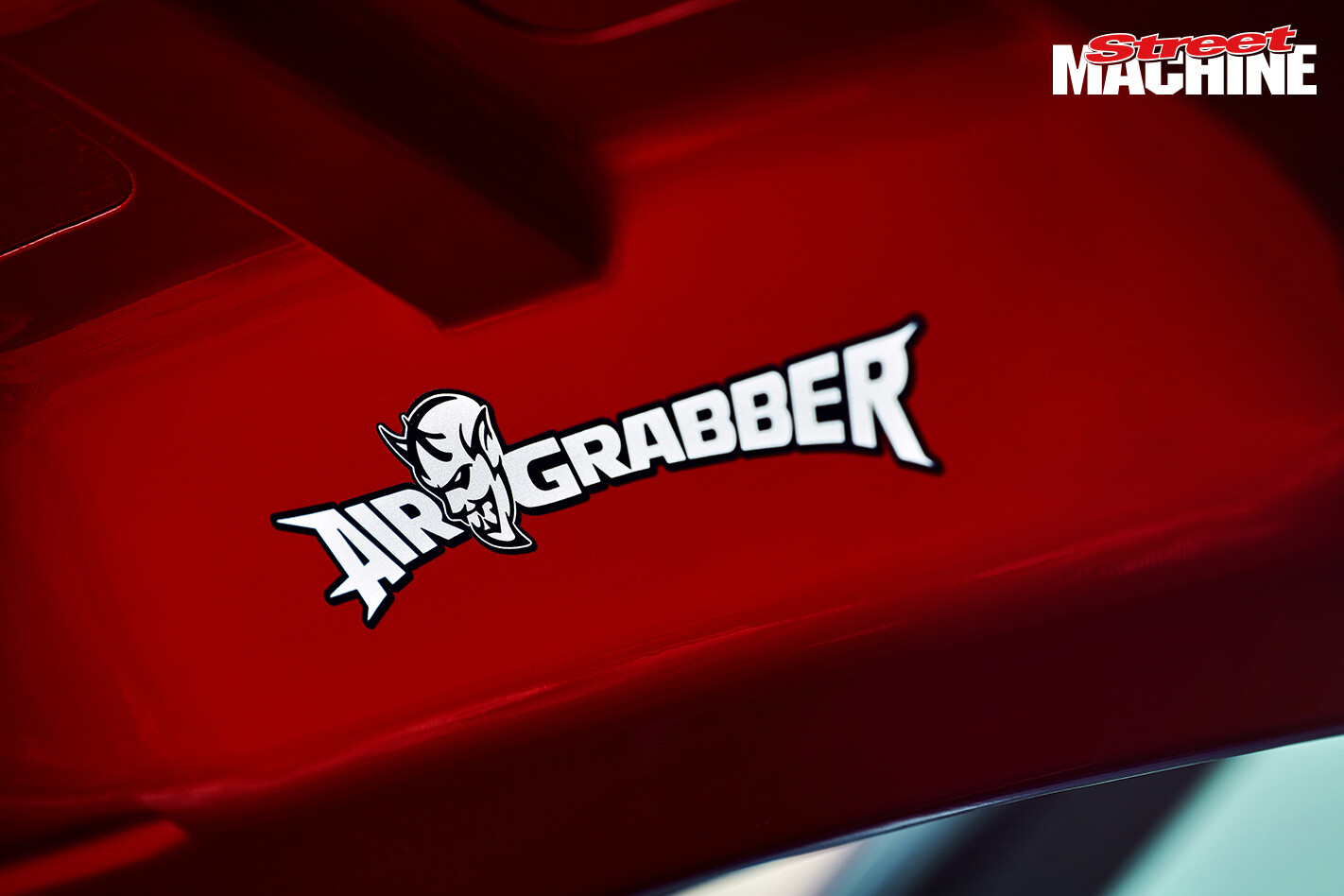 The latest video called Multiplication, and that dropped last night. The video reveals the Challenger SRT Demon twisting up those Nitto drag radials before sling-shotting out of the frame. Basically that’s Dodge’s way of tell us that the Demon will have a high-stall converter and a set of 3.09 gears in the rear. Now a 3.09 ratio might not seem like much but remember that the Demon will come with an eight-speed auto and a 4.71 first gear. The standard Hellcat only runs a 2.62 ratio in the diff so the Demon should have a fair bit more zing off the line. Combined with a decent converter and drag radials the Demon should leave the standard Hellcat in its dust.

So here’s what we know. The Hellcat can run high-10s in standard form with drag radials, but the Demon will be lighter and more powerful with a better converter and gears. Is it conceivable that the Dodge Challenger SRT Demon could be a nine-second streetcar off the showroom floor? We’ll know for sure in about nine weeks.

In the mean time you can watch all the videos at Dodge’s Demon website www.ifyouknowyouknow.com. Let us know in the comment below if you think we’re right or wrong.