WITH ITS sophisticated underpinning derived from the current Land Rover Discovery and Range Rover models, the new 2020 Land Rover Defender takes a huge leap away from its light-commercial vehicle roots. It promises to be a more luxurious and refined vehicle and not the farm truck of 1948 from which it was derived.

These latest photos snapped by UK publication, Autocar.co.uk, indicate there could be a lower-spec variant of the all-new Defender. Obviously a short-wheelbase Defender 90 variant, the steel wheels in lieu of flash alloys indicate a vehicle destined for heavier duty work than what most new Defenders will be bought for. 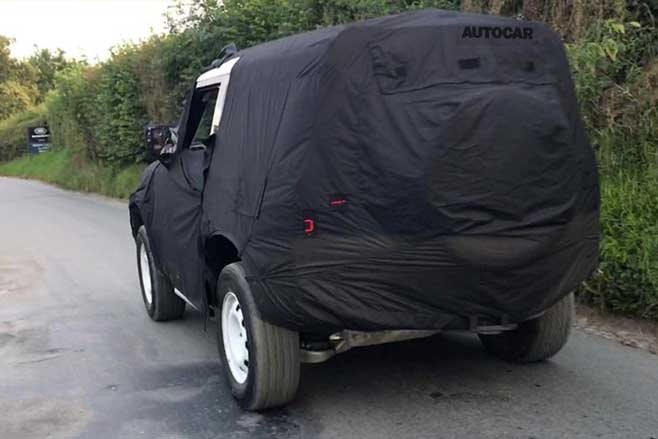 Extra cladding and camouflage over the rear section of the body, as opposed to the many other ‘leaked’ images of new Defender we have seen already, suggest this 90 could even be a ‘van’ style variant with solid panels replacing the rear side glass windows. Commercial-grade Defender vans were offered in both 90 and 110 models in the past.

We already know the new Defender will eventually be available in three distinct variants: 90, 110 and 130 models. However, these designations no longer relate specifically to the wheelbase measured in inches; the 110 and 130 Defenders will ride on the same 3022mm wheelbase, with the 130 having more rear overhang for added passenger space. The Defender 90 shorty rides on a 2587mm wheelbase.

There will be three specification levels with a choice of petrol, diesel and plug-in hybrid (PHEV) powertrains, and it’s doubtful that a manual gearbox will be offered in any of them. The steel wheels on this photographed vehicle indicate it is the Defender 90 Standard model, which should prove popular with English Land Rover traditionalists and those who use their Defenders to work on the country estate. 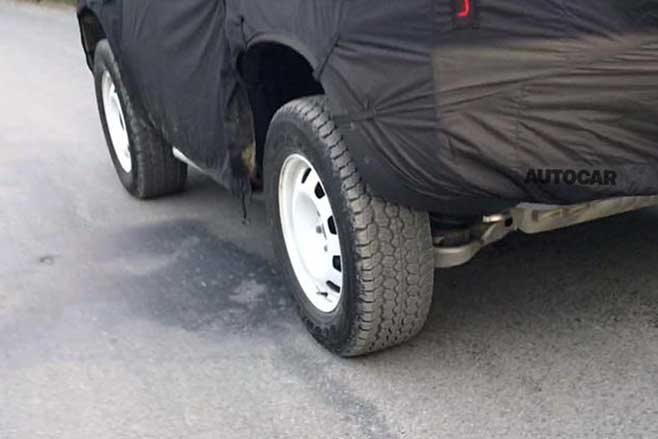 Whichever and how many of these variants make it to Australian showrooms when the Defender lands here in the first half of 2020 is yet to be revealed. We’ll know more about that and exactly what the 2020 Defender will look like when it is officially revealed at the Frankfurt Auto Show next month.