TOYOTA has presented the C-HR Hy-Power Concept at the Frankfurt motor show, previewing an expansion of the brand’s hybrid technology into performance applications of its core models.

Speaking to Wheels at the show, Toyota Europe CEO Johan van Zyl said, "in future our ambition is to provide all models with a choice of two hybrid powertrains."

"One will provide additional benefits of efficiency and fuel economy like our current offering. The second will build on this and add more power and more driving dynamic character.

"The prospect of more powerful hybrid systems is part of the inspiration for the new Toyota C-HR Hy-Power design study." 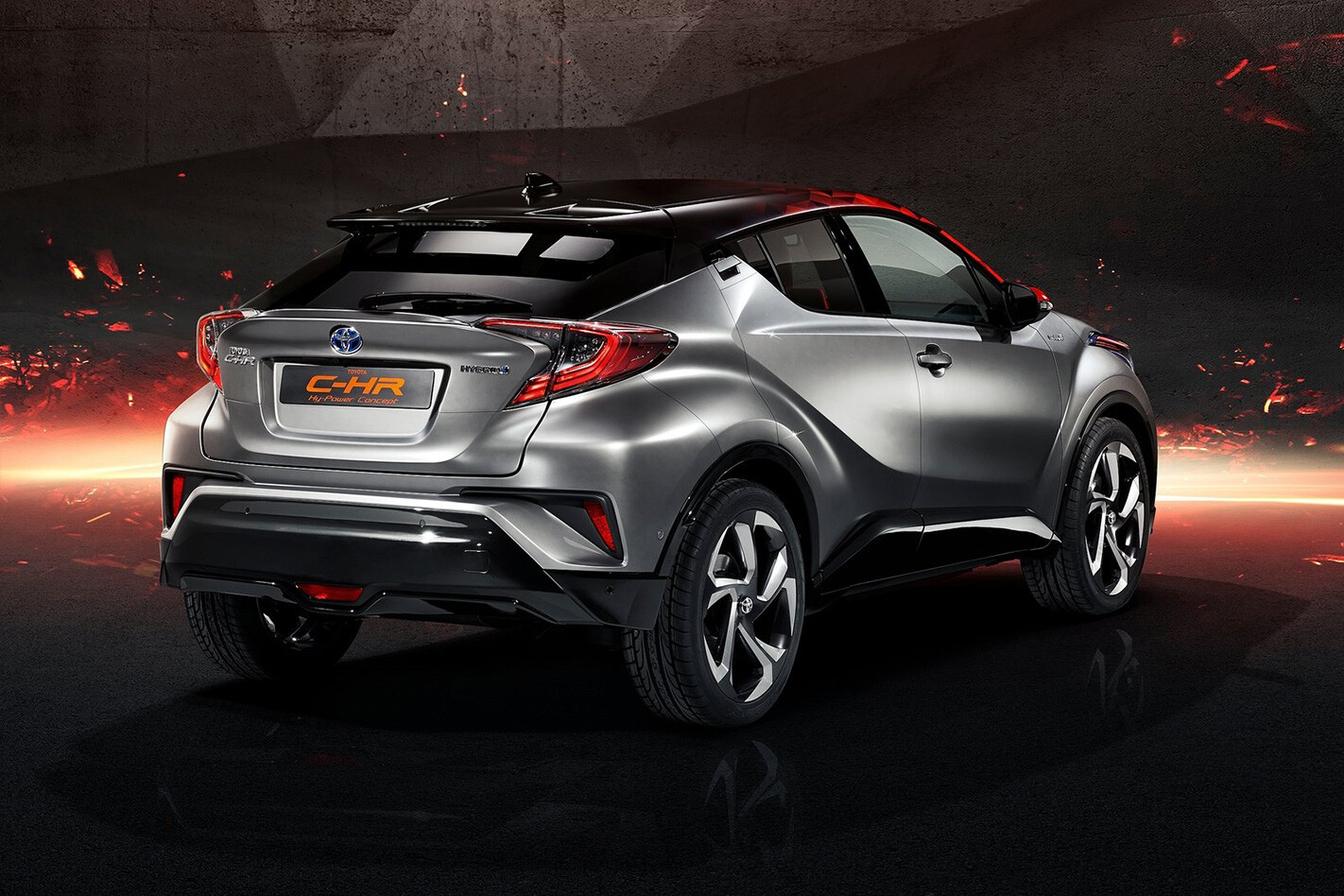 The concept’s sheet metal is identical to the existing production car, with a new Dark Carbon matte paint over most panels, an anodised Burning Orange finish on the pillars and mirror housings, and a patterned wrap on the roof that fades from orange to black. Similar themes continue on the inside.

All this aims to draw attention to a new hybrid powertrain lurking beneath its skin with ‘more power and performance’ than the 90kW combined system output found in existing TNGA hybrid vehicles, the Toyota Prius and the C-HR sold overseas, though no specific outputs or technical details have been released concerning the Hy-Power’s performance at this stage.

"When dealing with hybrid we listened carefully to our customer's opinions" said van Zyl. "It is not just about learning what they like about our hybrid technology, we also want to learn from them how we can make our hybrids even more attractive to move people.

"It is exactly that kind of feedback that has made us realise that there is an opportunity to introduce a higher-performance hybrid powertrain." C-HR variants currently on sale in Oz feature a turbocharged 1.2-litre four-cylinder engine producing 85kW and 185Nm. A spokesman for Toyota’s local operation has gone on record previously, stating the company’s desire for the hybrid model sold overseas to be made available in Australia, however limited production capacity in Japan and a long waiting list of pre-orders has to date, made that impossible.

Whether or not Australia will receive the existing C-HR hybrid and the planned high performance version remains to be seen, however Toyota’s emphasis on a broader range of models with alternative drivetrains, including performance vehicles, suggests production hurdles will be overcome. Toyota hybrid vehicles currently on sale in Australia include Camry, Corolla, and the Prius family.

A statement issued by Toyota at the Frankfurt show said further details “regarding the significant and strategic future development of higher performance hybrid options would be revealed early next year.”