Small the new big in Detroit 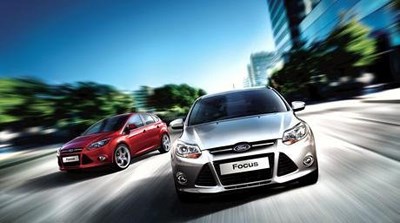 You know the world has changed fundamentally when the hero cars at the Detroit motor show are not big bore V8s or hulking pickup trucks but diminutive four-cylinder compacts and eco-cars.

Such was the case at this year's show where all of the former Big Three, Ford, Chrysler and General Motors made much of their new-found focus on frugality.

Ford opened proceedings on day one with the global reveal of its all-new Focus, a handsomely-styled, four-cylinder powered hatch and sedan that's set to become the Blue Oval's most important model worldwide, including Australia.

Not long after, Chevrolet got the ball rolling over on the GM stand with the reveal of not one but three new small cars, at least two of which are set to underpin the General's US model line in coming years.
The Chevy Cruze will be more familiar to Aussies as the Korean-import upper-mid-size Holden Cruze. The US model, which goes on sale there later this year, is pretty much the same car Oz gets, with the exception of a different Watts link rear suspension and a punchy new 1.4-litre turbocharged petrol engine. We'll see the same engine in the Holden Cruze next year, when Holden begins building the Cruze in sedan and hatch variants at its Elizabeth, South Australia, manufacturing facility.


The Cruze was flanked on the GM main stage by the even more diminutive Chevy Spark, a funky looking small hatch powered by a 1.2-litre petrol four-cylinder. This Korean-designed and manufactured sub-compact is also destined for Australia, where it will go on sale in late 2010 as the Holden Barina Spark. The Barina Spark will go head to head with the likes of Suzuki's Alto and is expected to be priced from approximately $14,000.
Chevy's other main offering was the Aveo RS concept, an eye-catching hot hatch that runs the same 1.4-litre turbo four- as the Cruze, and which also has a strong Australian angle. Styled by Czech-born Australian designer Ondrej Kormhaz and built by Holden in Port Melbourne on behalf of Chevy, the Aveo RS is in fact a thinly disguised version of the all-new Barina, which Kormhaz also oversaw the design work on and which we'll see in Australia in 2011.


Even GM's specialist pick-up brand GMC, better known for building full-size, gas-guzzling behemoths got in on the small four action, launching its own super-cool concept the Granite. Arguably one of the sweetest concepts at the show, the 'industrial chic' Granite is a clear pointer to the fact GM is intent on expanding the GMC portfolio beyond its previous staple diet of pickups and SUVs.
A GM executive on the stand told Wheels the Granite was intended to get down and compete in what's known as the box' segment in the US, as characterised by vehicles such as the Nissan Cube and Scion Black Box production cars.
It's likely there will be plenty more such 'stretching of band width' across the GM product portfolio in coming years, too, as the company looks to expand its remaining US brands -- Buick, Cadillac, Chevy, and GMC -- following the sale or closure last year of Pontiac, Hummer and Saturn and its ongoing attempts to sell Saab.

Chrysler meanwhile dedicated a large chunk of its show space to displaying products by its new Alliance partner, Fiat. Conspicuously sprinkled throughout the display of ageing Chrysler and Dodge products were examples of the diminutive Fiat 500, a Maserati coupe, and a Ferrari 599 race car. A lightly made over Lancia concept sporting Chrysler badges but displaying no story board or other information seemed to emphasize both the remarkably low-key and somewhat haphazard nature of the Chrysler stand, as well as the scale of the job that lies ahead in trying to bring the seemingly incompatible alliance partners together.
Of course, for fans of more traditional US fare there were still plenty of performance V8s and monster trucks dotted about the Cobo Hall exhibition space, but the message coming from the America's domestic automakers was that in the second decade of the new millennium, it's all about downsizing.
ENDS 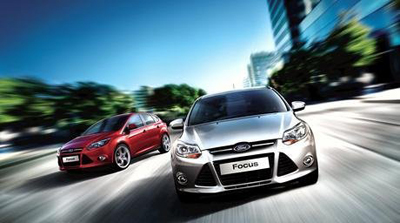 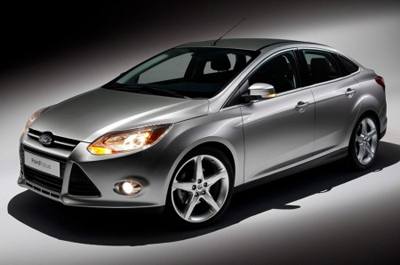 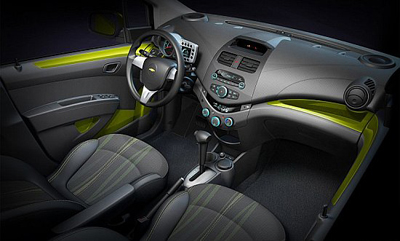 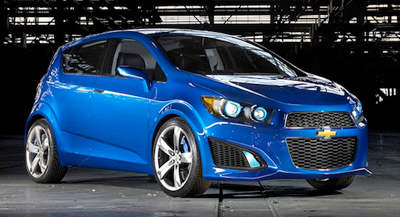