It’ll be humpy heaven in Alice Springs on Thursday as a bunch of FX/FJ Holdens go under the hammer, along with an eclectic mix of other classics

A UNIQUE collection of classic and vintage cars is about to go under the digital hammer in Alice Springs. The deceased estate features examples of vehicles from each of ‘the Big Three’ Australian manufacturers, as well as an assortment of American cars and half a dozen Leyland P76s! 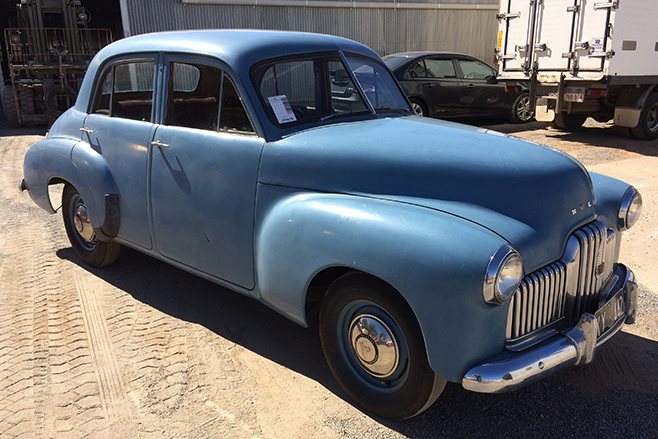 Perhaps the highlight is the dozen humpies in varying states of repair, but there’s also a ’48 Mercury Eight, an R- and an S-Series Valiant, a ’66 Mustang coupe, a handful of 40s Fords, two early Falcon coupes and a pair of XK sedans. There’s also what looks to be the remnants of an old FC Holden race car, a rather rustic-looking HD Holden sedan, and a pair of circa-1950 Jeeps. Talk about an intriguing and varied collection! 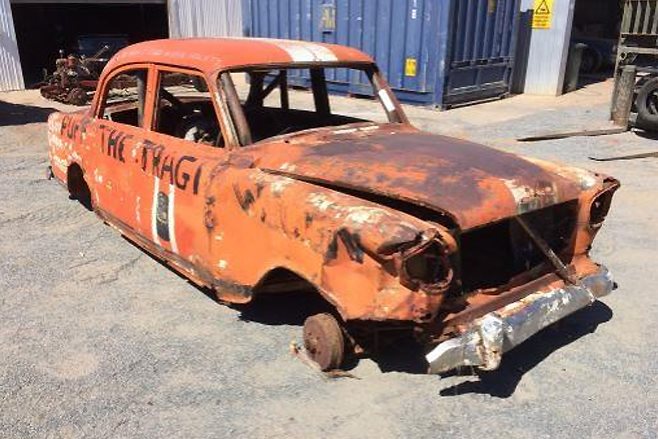 “This chap had accumulated these cars over a 50-year period, and he was 81 when he passed away,” said Pickles Auctions Alice Springs Brand Manager, Brian Young. “Most of it was acquired in the 60s and 70s, and while much of it has been left out in the weather some of it has been stored quite well; there are definitely some good ones amongst it. The Mustang and the pale blue FX are both quite good examples of barn find-style cars.” 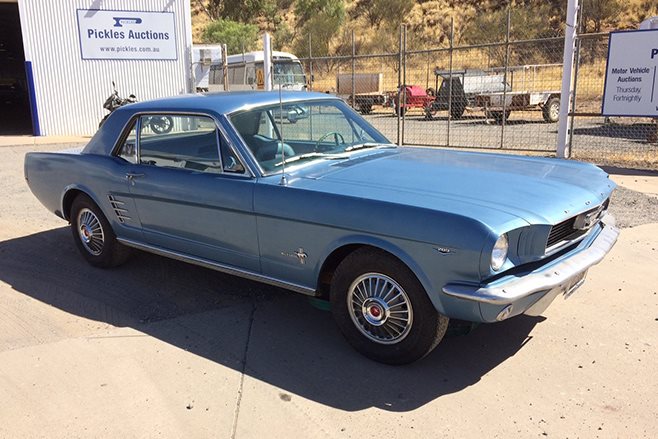 There’s also a selection of automotive memorabilia, such as signage, bumpers and grilles, as well as a sizeable number plate collection – 2600 in total, which are being auctioned off in lots of 100. 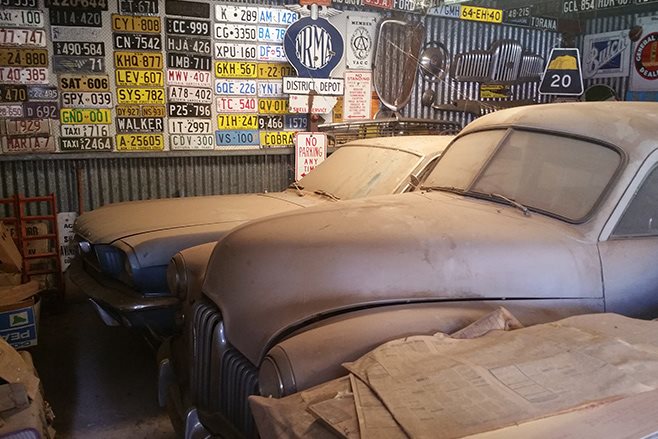 Most of the collection was packed into a suburban backyard on a quarter-acre block with a five-bay shed, and removing and collating it all was quite an undertaking. “It was all jammed in there amongst the prickly pear and cacti, and most of it hadn’t moved in a very long time. The logistics of getting it all out was a lot of work in itself,” Brian said. 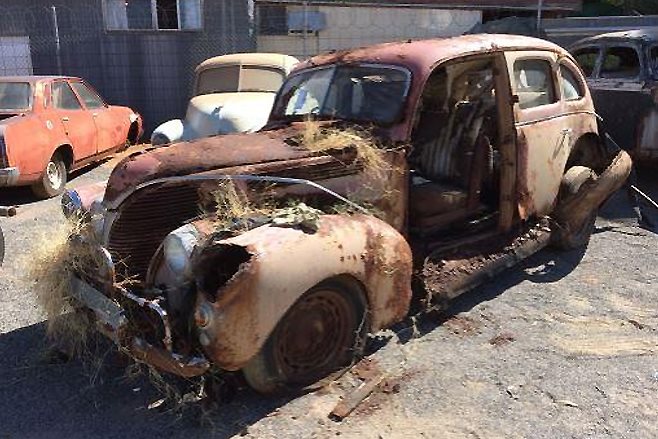 “There’s a certain eccentricity about the collection, especially considering the number of Leyland P76s! The orange one is a V8 four-speed, and quite a reasonable car. 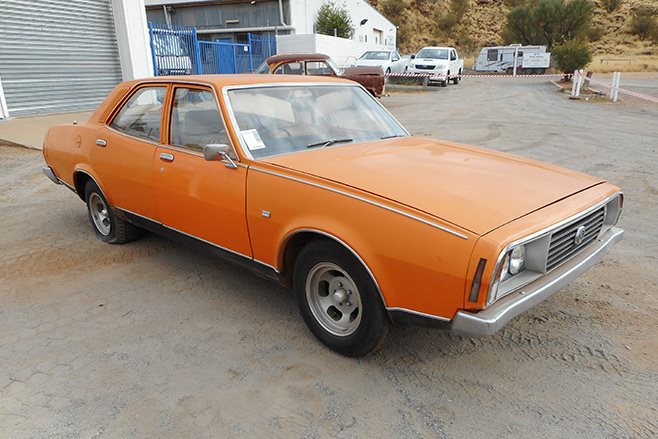 “I never met the man, but after spending three weeks collating all this stuff I feel like I know him now! A lot of it has deteriorated, but the cars that were undercover have survived well. I’m sure the way things are with collectibles, someone will want them.” 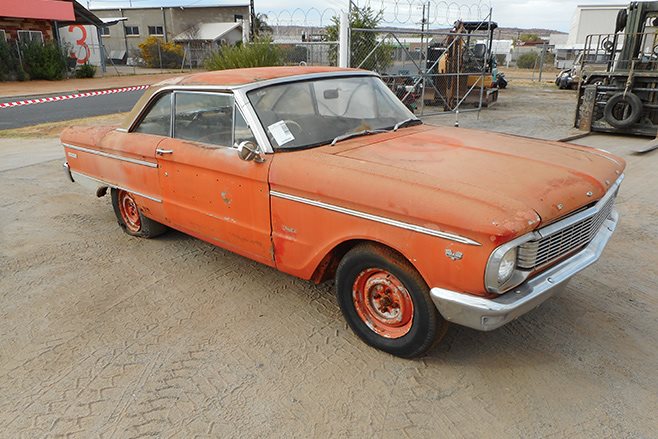 The online auction commences this Thursday, 18 May. 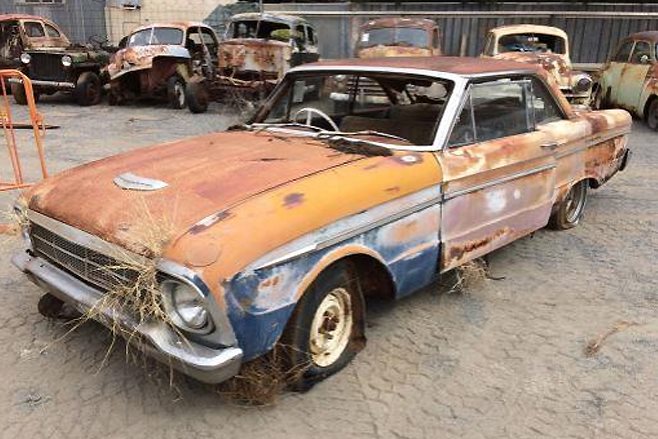 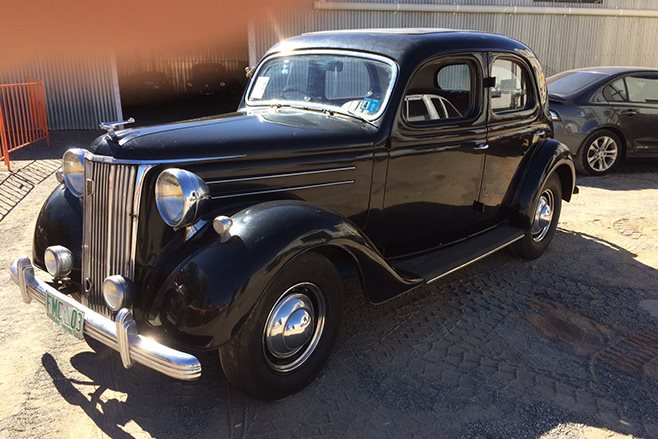 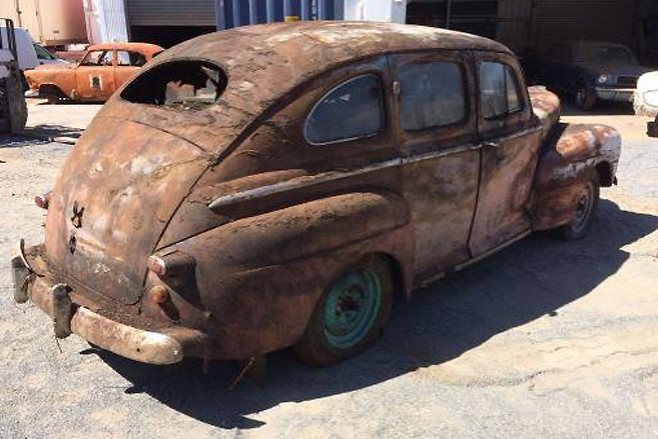 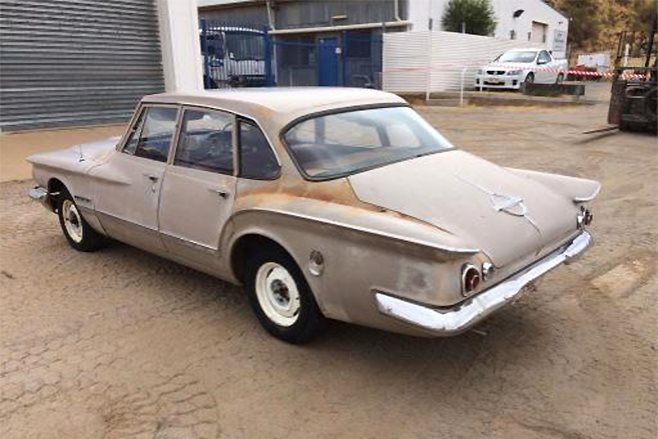 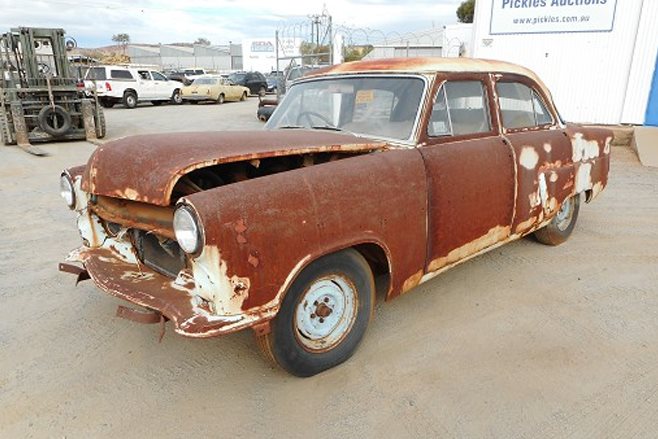 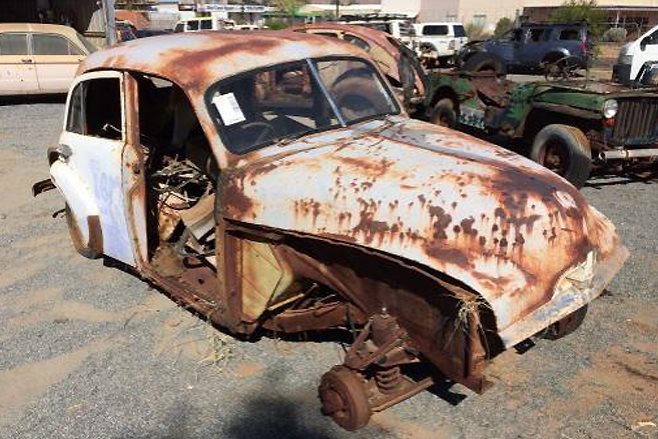 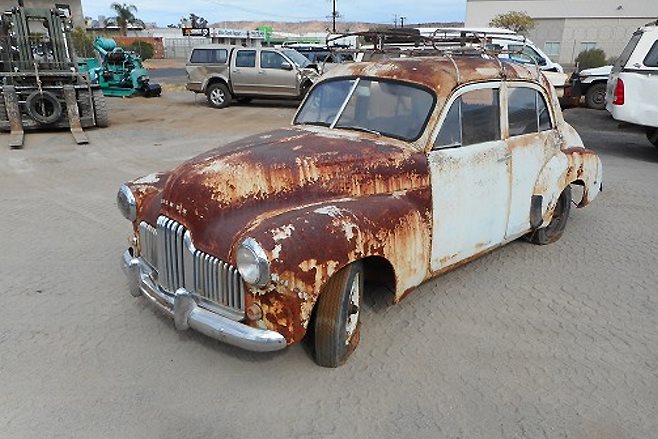 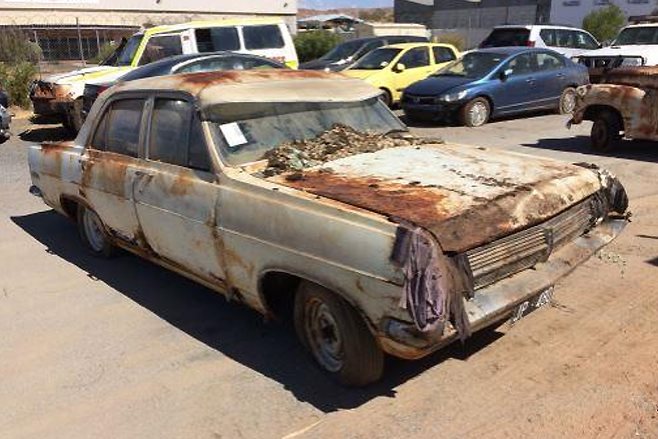 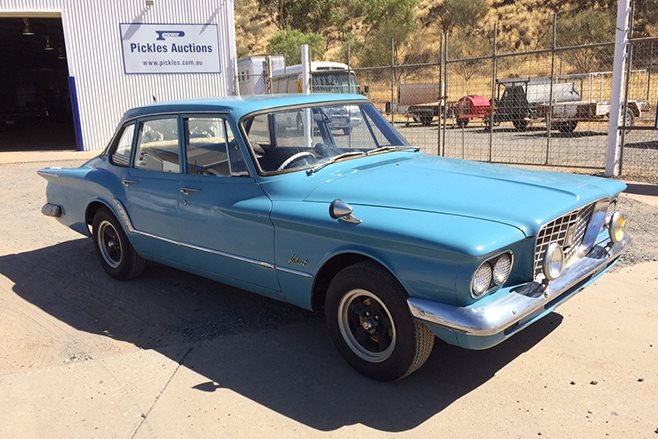 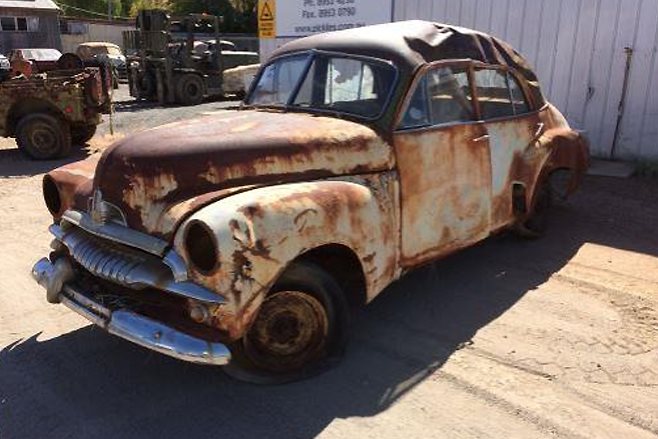 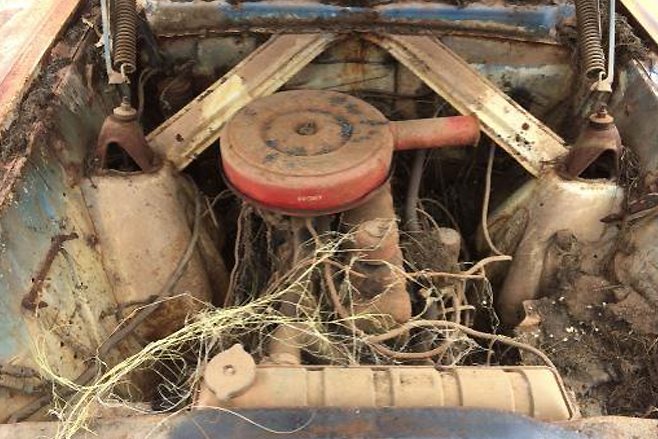 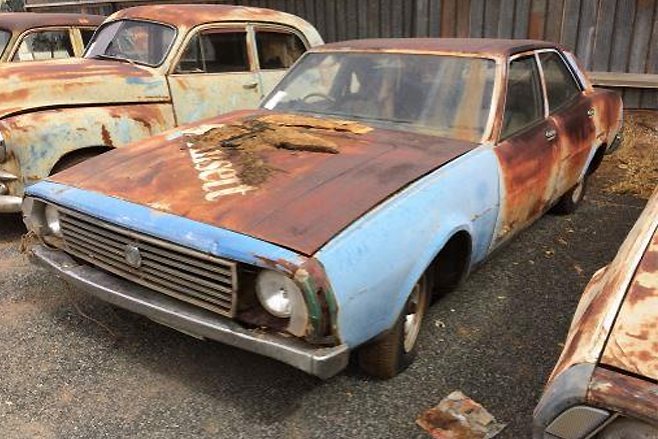 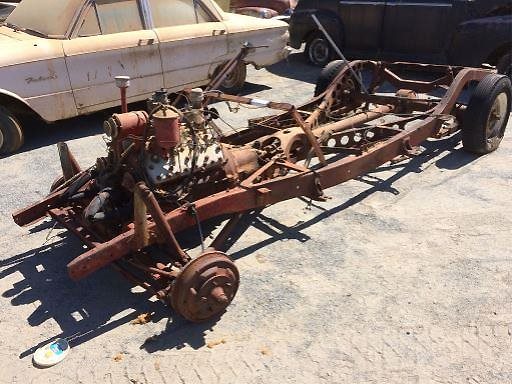 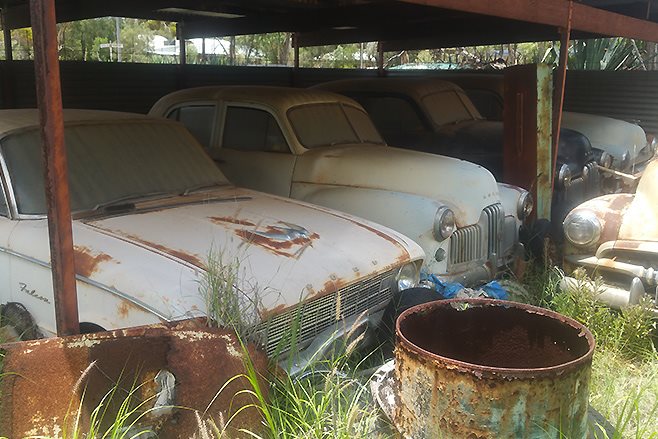