Great Wall reveals plans for unique ute for Australia, based on Haval H9

GREAT WALL MOTORS has confirmed that Australia and New Zealand will get the Chinese brand’s next-gen ute, which has been developed on a new platform shared with the burly, family-focused Haval H9.

The exact variants that’ll be shipped to our shores are yet to be confirmed, however, Great Wall has revealed that an off-road adventure model has been specifically designed for Australia and NZ.

That adventure model will join three other variants on its initial release in China: a SWB dual-cab, a LWB dual-cab and a single-cab model.

Information is sparse, but what we do know is that the next-gen ute will run a turbo-diesel engine mated to an eight-speed automatic transmission. Great Wall also ensures the new platform will maintain “superior 4WD and load-carrying capabilities”.

All we have to go by at the moment is this ‘eye-brow-raising’ design patent (pictured), which provides more questions than answers – namely, who etched it? 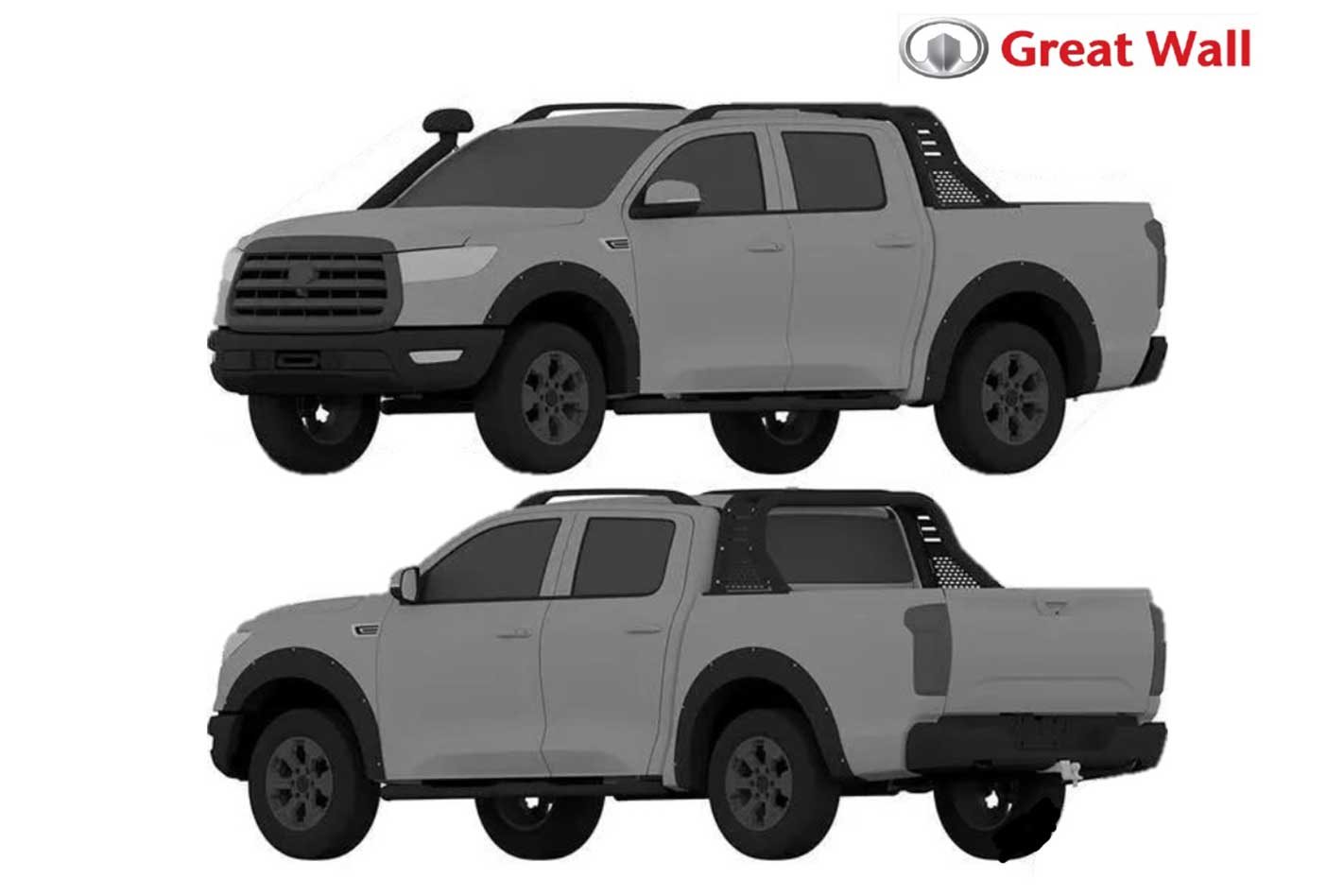 Great Wall has confirmed that, as well as the revelation of its next-gen ute, it will also unveil “other strategic models destined for global deployment, including electric and hybrid vehicles”.

Local specs and Australian release dates are yet to be confirmed, but we’ll be on the ground to bring you all the up-to-date news at its debut at the Auto Shanghai Motor Show, which begins April 16.