WHAT drag racer hasn’t dreamed of owning their own race track? Melbourne racer Lance Warren has done just that, announcing the purchase of Heathcote Park Raceway from long-time owner Russell Clarke on Saturday. Located just under two hours north of Melbourne, the track has been a fixture on the drag racing scene for decades.

“The past 48 hours have been pretty manic,” says Lance. “The phone has been running off the hook with people who want to get involved and be a part of it.

“I’ve struggled to get enough track time in my own car, so I thought I’d do something about it. It’s been a two-year process. The aim is to turn it into a world-class facility, but retain the laidback, family feel. 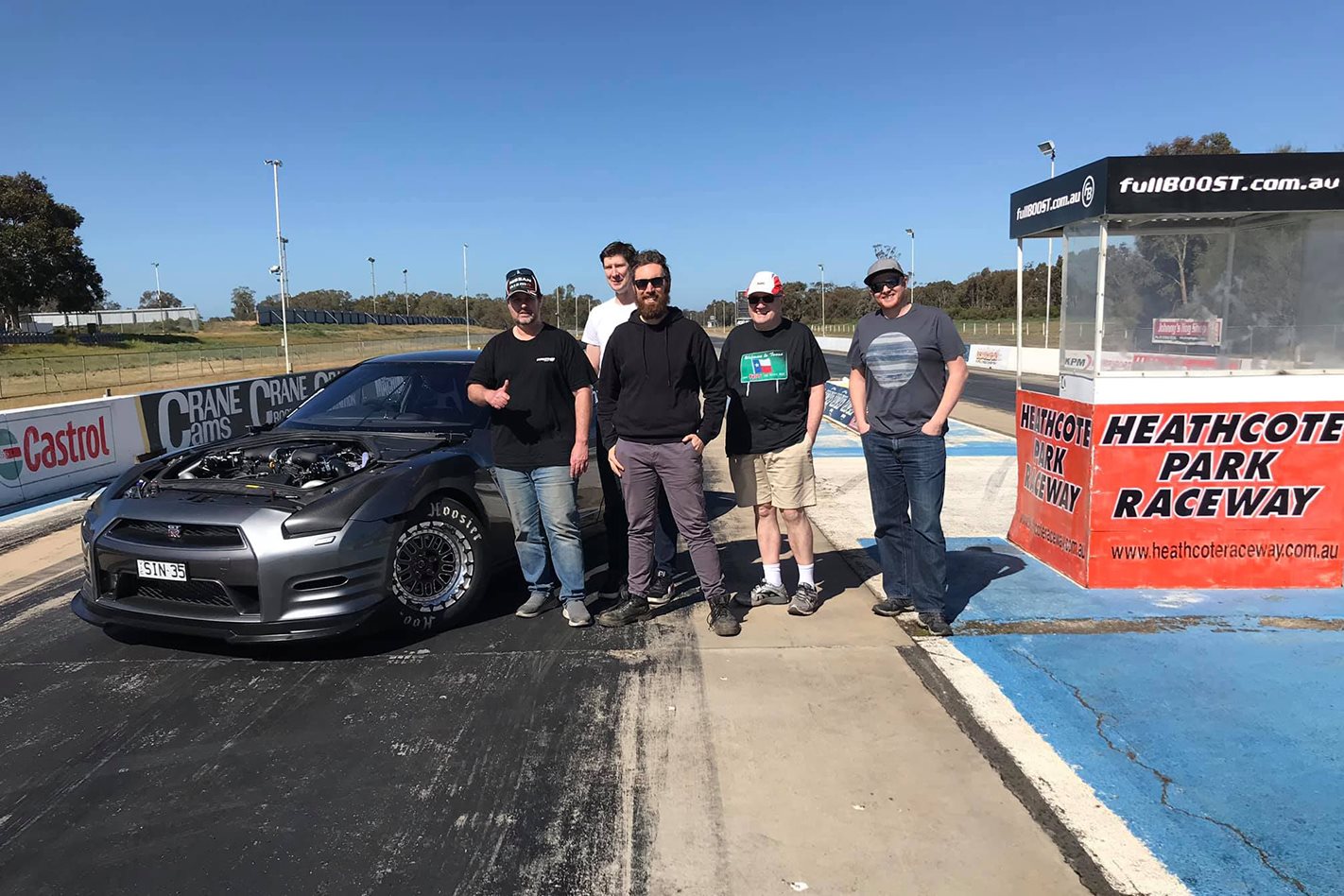 “The track is a diamond in the rough,” Lance continues. “It’s got really good bones. It is already the longest track in Australia, but the plan is to extend it by another 400m to the edge of the property boundary, making it 1.6km in total.

“The first goal is to get it up to the minimal safety standard we need to run 200mph by December this year. I’ve been working on the planning of the construction side for months, so it shouldn’t be too long before we can get started.”

Lance’s plans for the track are extensive, starting with a brand-new racing surface, new concrete walls replacing Armco barriers, a twin-lane return road and a ’chute pack area. Plus a sand pit in the deep end and dual catch nets.

From there, the list of upgrades is almost endless. “There will be new track lighting, every blade of dirt and grass will go, and the pits and entry road will be tar-sealed. Stages two and three will include new spectator seating, corporate boxes, a scrutineering shed with a weighbridge and industrial sheds with hoists,” Lance explains. 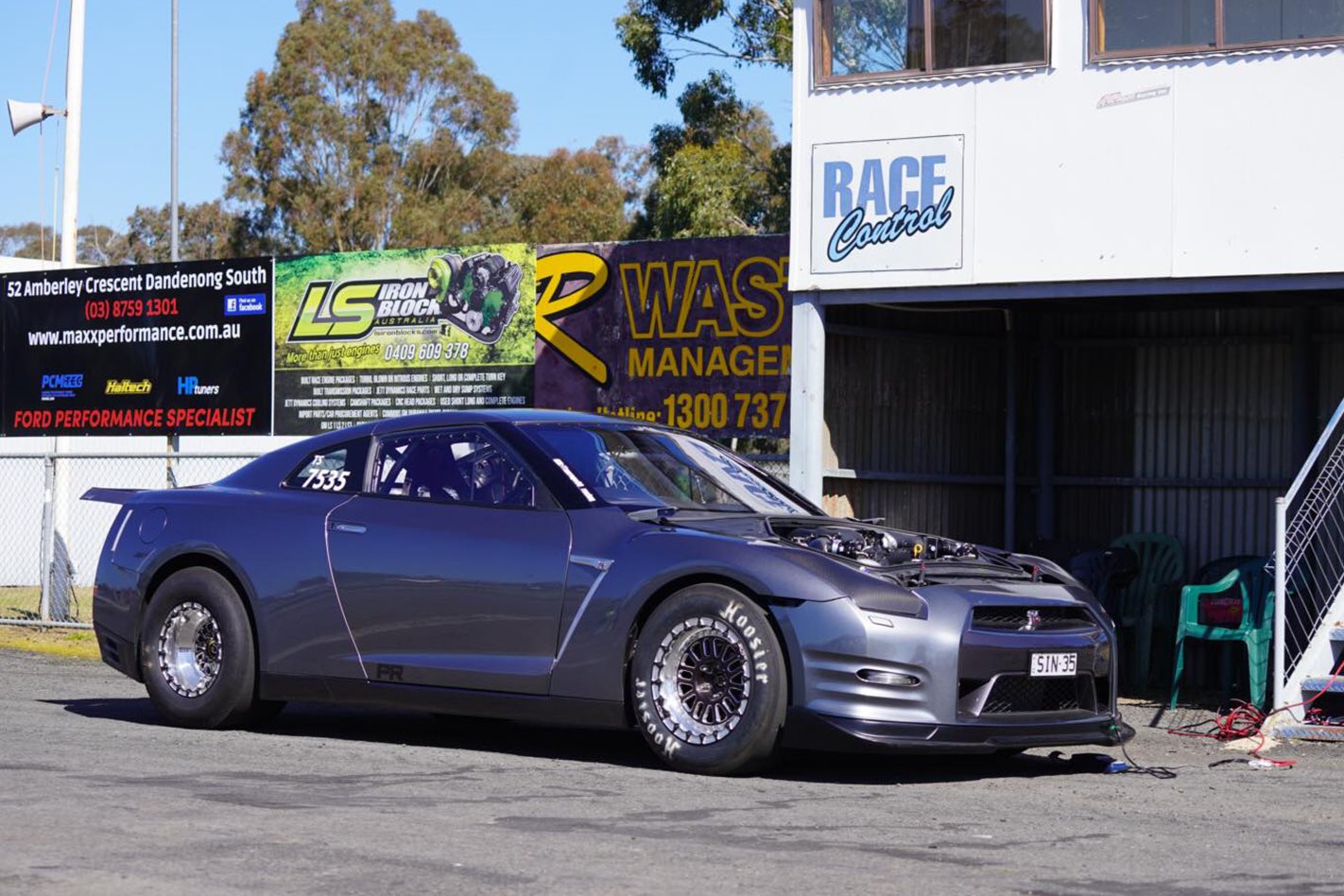 And in good news for spectators, not only will there be new timing boards at the end of the track, but there’ll also be additional boards at various spots throughout the venue – as well as big screens to display the livestream.

Livestream, you say? “We are going to run fibre into the venue so we can offer free Wi-Fi and broadcast the livestream,” says Lance. “The plan is to have a gantry at the end of the track with cameras mounted.”

Capacity-wise, Lance reckons he’ll have room for about 400 cars in the pits. In terms of sanctioning, Lance is in talks with both ANDRA and the IHRA, but hopes to accommodate both bodies, as well as running his own events. “Some of the racers don’t want either,” he says. “I can see everyone’s point of view.”

And while the quarter-mile is the main focus, the venue will also offer speedway, burnouts, 4WD, roll racing, Supercross and potentially more. 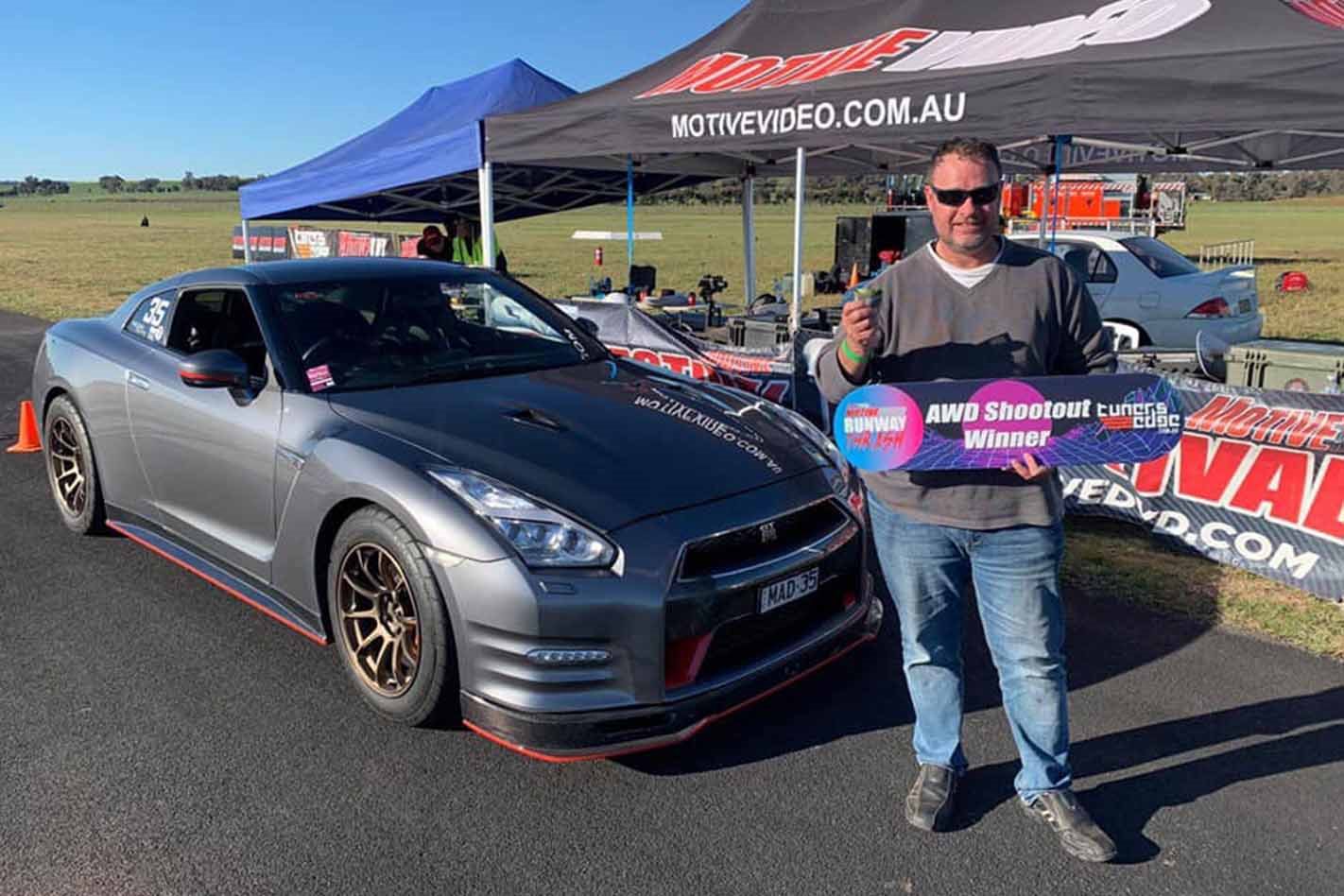 Lance’s day job is in IT, running a company that provides hosting services to government and large corporations, and his passion for both cars and computers have gone hand in hand for a long time. “I was originally a rotary guy,” says Lance. “I ran a website called 3rotor.com, which was ahead of its time. I was involved with the early Auto Salon shows, brought in 20Bs for customers, had our own merch and ran tours of Tokyo Auto Salon.

“Then I heard about the R35 GT-R that was coming. It was supposed to be a Porsche-killer, so I took one for a test drive and thought: ‘This does everything!’ I bought one, did some minor mods and sold it. I bought another one in 2014, and that became the first R35 to run a seven in Australia. I didn’t want to put a ’cage in that car, so I built up another one with a 2000hp billet-block engine. The aim is to be the quickest in the world, so it needs to run a 6.50. The car should do a six as it sits if I can get it to a track.” 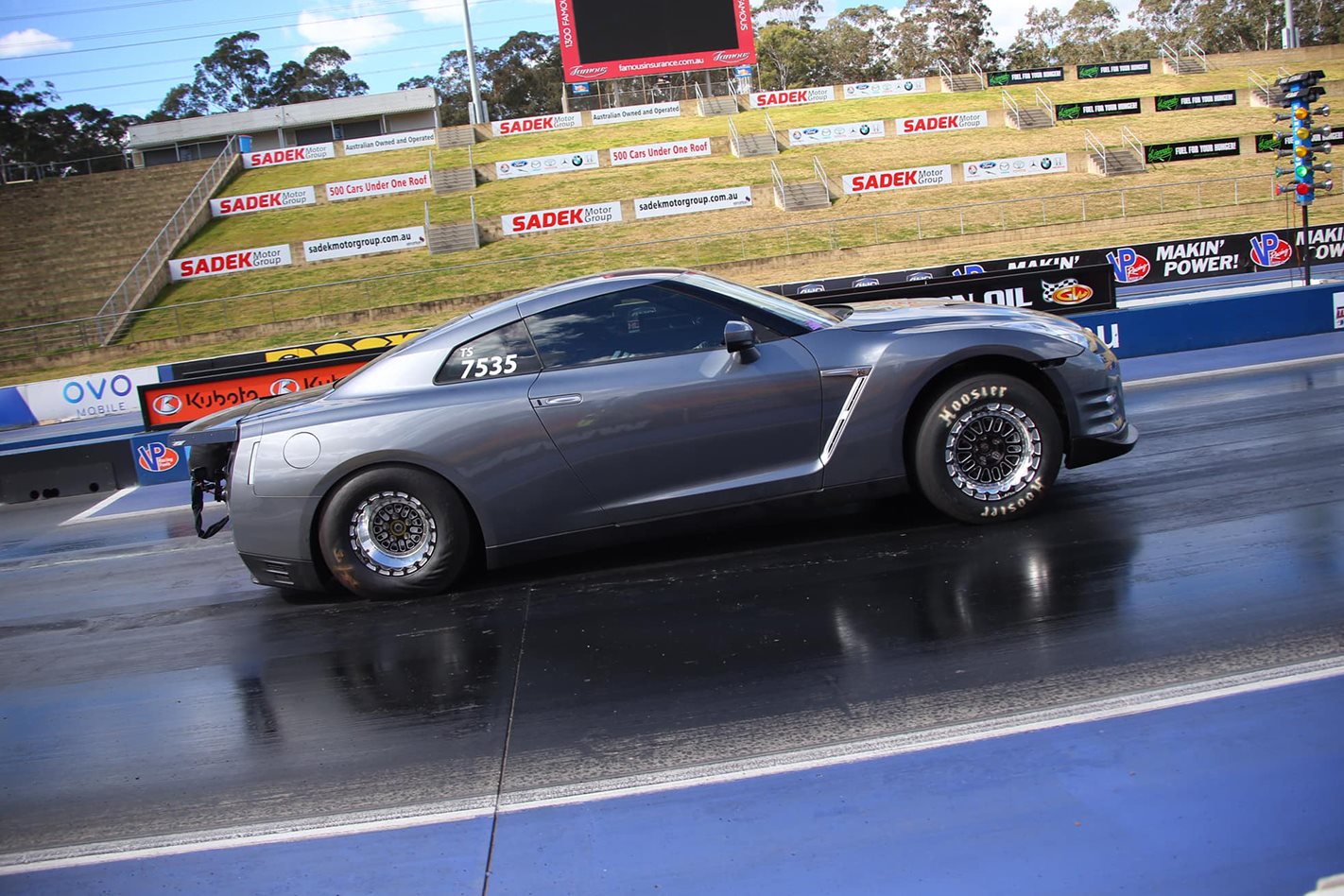 Lance and his race R35 at Sydney Dragway. The car has a current PB of 7.7sec at 172mph, but Lance is aiming for deep into the sixes
If all goes to plan, that won’t be a problem. Lance is even going to move his workshop to the track itself – the ultimate!

“Track prep is very different for these R35s,” he says. “The drivelines are weak, so you need some slip. Typical radial prep is too grippy. We’ll have our own track prep guy, so we’ll be able to tailor the track to suit the type of racing being done.”

And while Lance is busting to race, he’s very serious about creating a world-class venue. “The track will be fully staffed. There will be a general manager, a track manager, media liaison, a technical guy to run the livestream and more. We’re going to offer memberships as well. Members will get their timeslips straight to their phone and a heap of other benefits.” 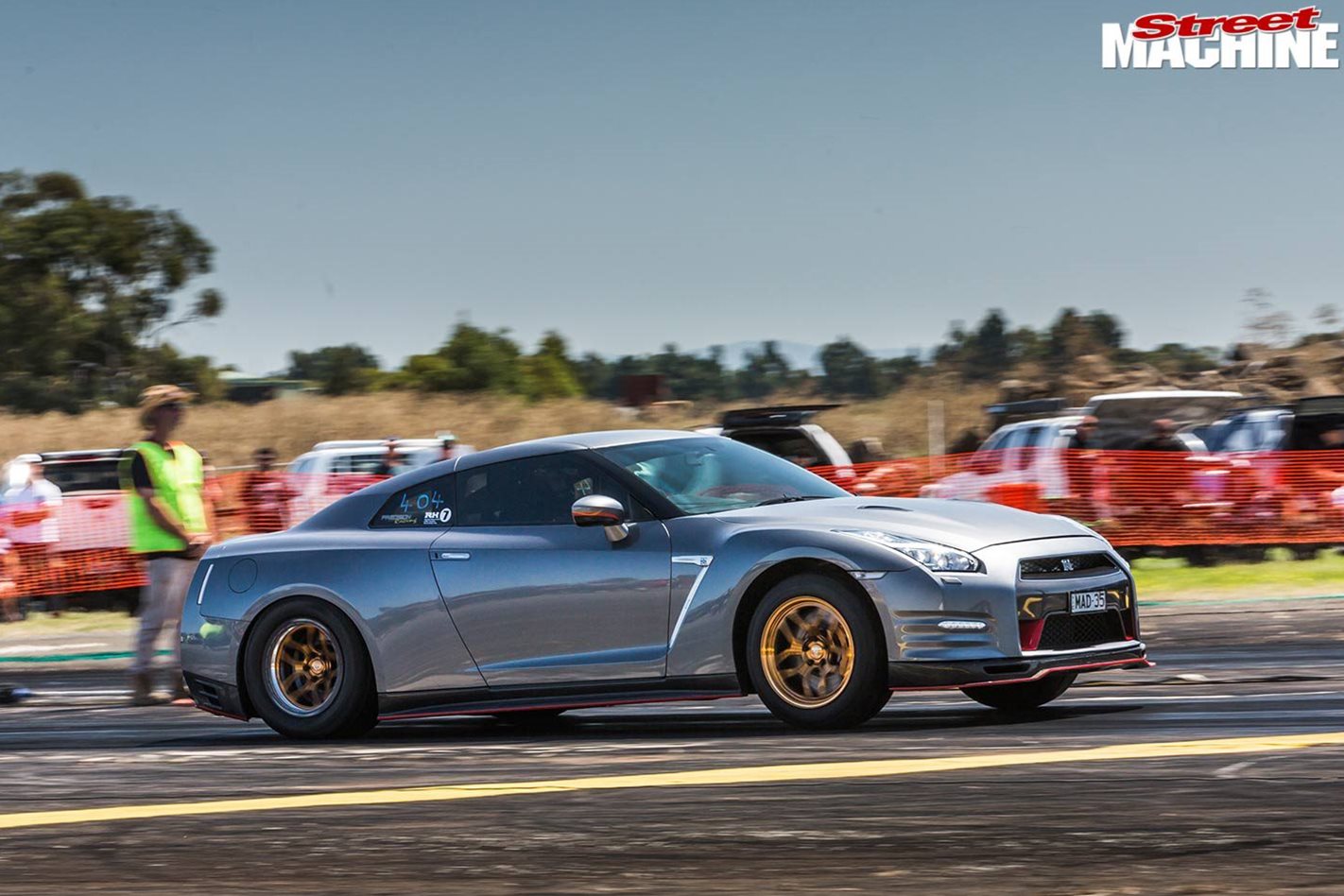 Lance in action in his street R35, on the way to winning the Six-Cylinder class at the No Excuses meet at Ballarat Airport earlier this year