HOLDEN has today confirmed it will send off the VFII Commodore sedan and ute with three track-inspired special-edition models: Motorsport Edition, Director and Magnum. Holden says each special-edition package has been designed to meet ‘GM level three’ track performance standards, putting these Commodores in the same company as the Corvette, Camaro and Cadillac CTS performance models.

Each will retain the 6.2-litre 304kW LS3 powerplant; the focus has instead been on cooling systems, brakes and suspension to lift performance above the existing Commodore range. 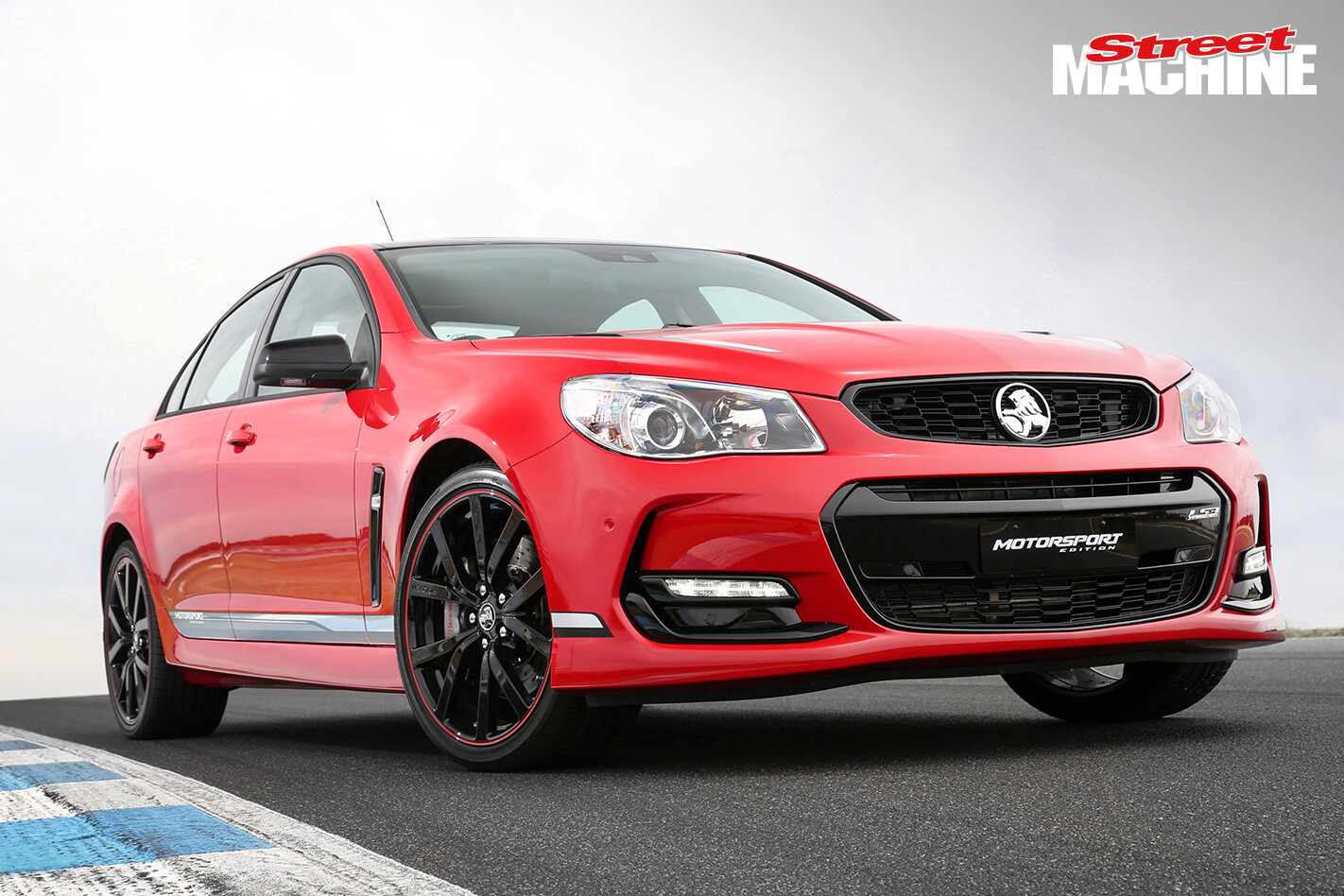 The Motorsport Edition model, based on the current SS Redline, will sit as the most track-tuned non-HSV factory Commodore there has ever been. On top of the standard Redline gear, the Motorsport Edition scores the magnetic three-way electronically adjustable shocks from HSV, a harder rear subframe bushing, and upgraded Brembo brakes now with cross-drilled rotors front and rear. 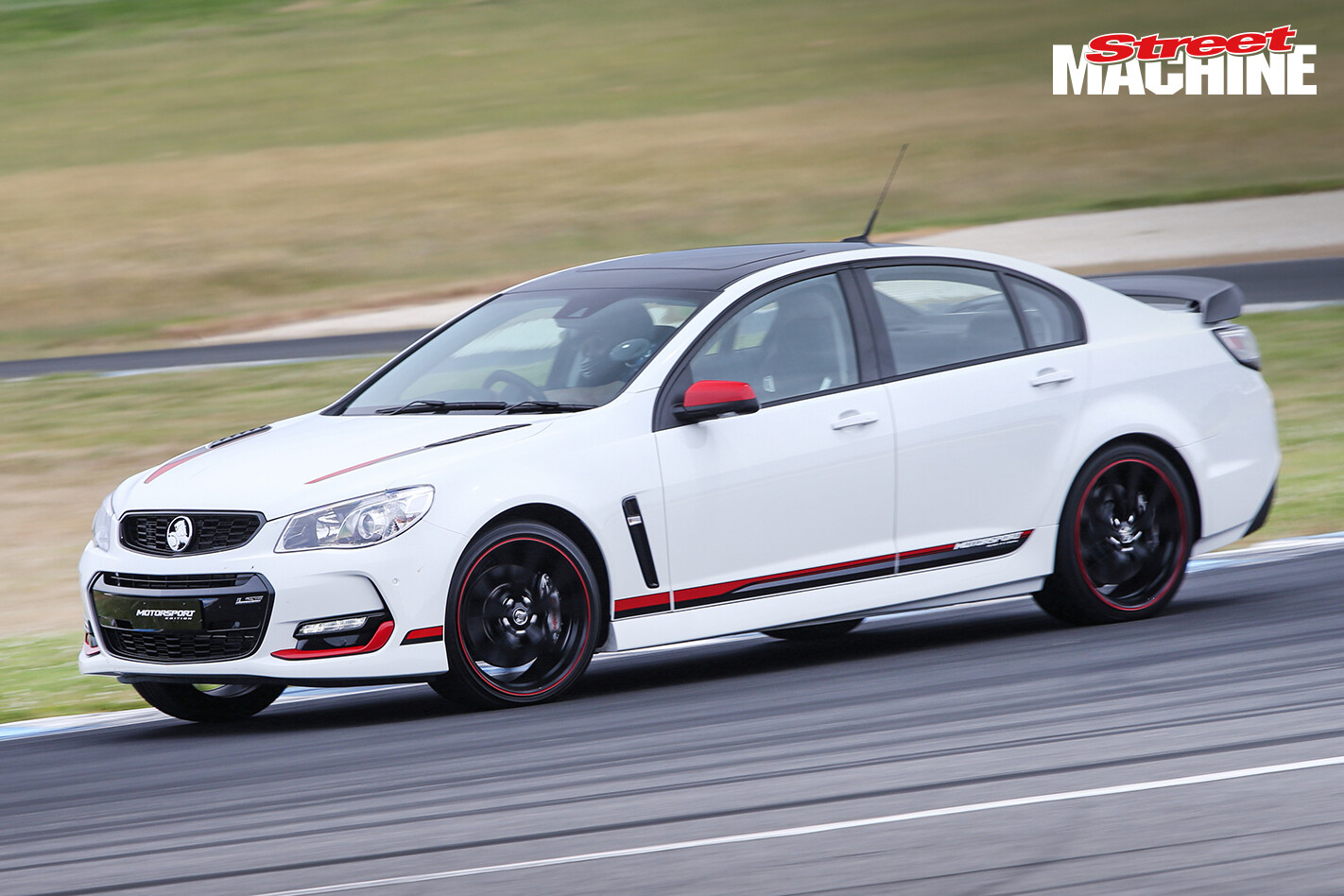 Keeping things cool on track has also been a big priority for the team behind the Motorsport Edition Commodore. The oil cooler for the LS3 has been upgraded, while the automatic and manual transmissions now also have bigger oil coolers. On top of the mechanical changes, a bunch of cosmetic upgrades have been thrown at the Motorsport Edition, including black and red 20-inch alloys, badges and stickers, and a new rear spoiler. A total of 1200 Motorsport Edition Commodores will be built, priced from $61,790. The second sedan-based special-edition VF is the Peter Brock-inspired Calais V-based Director. Like Brocky’s original VK Director, the new special edition blends luxury with performance – but considering the controversial history of the Director nameplate, we wonder if Brock fans will take kindly to the new model. After all, the VL Director was the car that finally broke the Holden/Brock relationship; is the new Director special enough to warrant the name? Under the bonnet is the same 304kW LS3 as before, but the auto transmission now comes with steering wheel-mounted paddle shifters. The Director also gets the upgraded Motorsport Edition cooling systems and cross-drilled front and rear Brembo stoppers. Visually, the Director scores bonnet vents from the SS, a black roof, 20-inch alloys, special badging and a unique lip spoiler on the back. Just 360 auto-only Directors will be built, and they’re priced at $63,990. 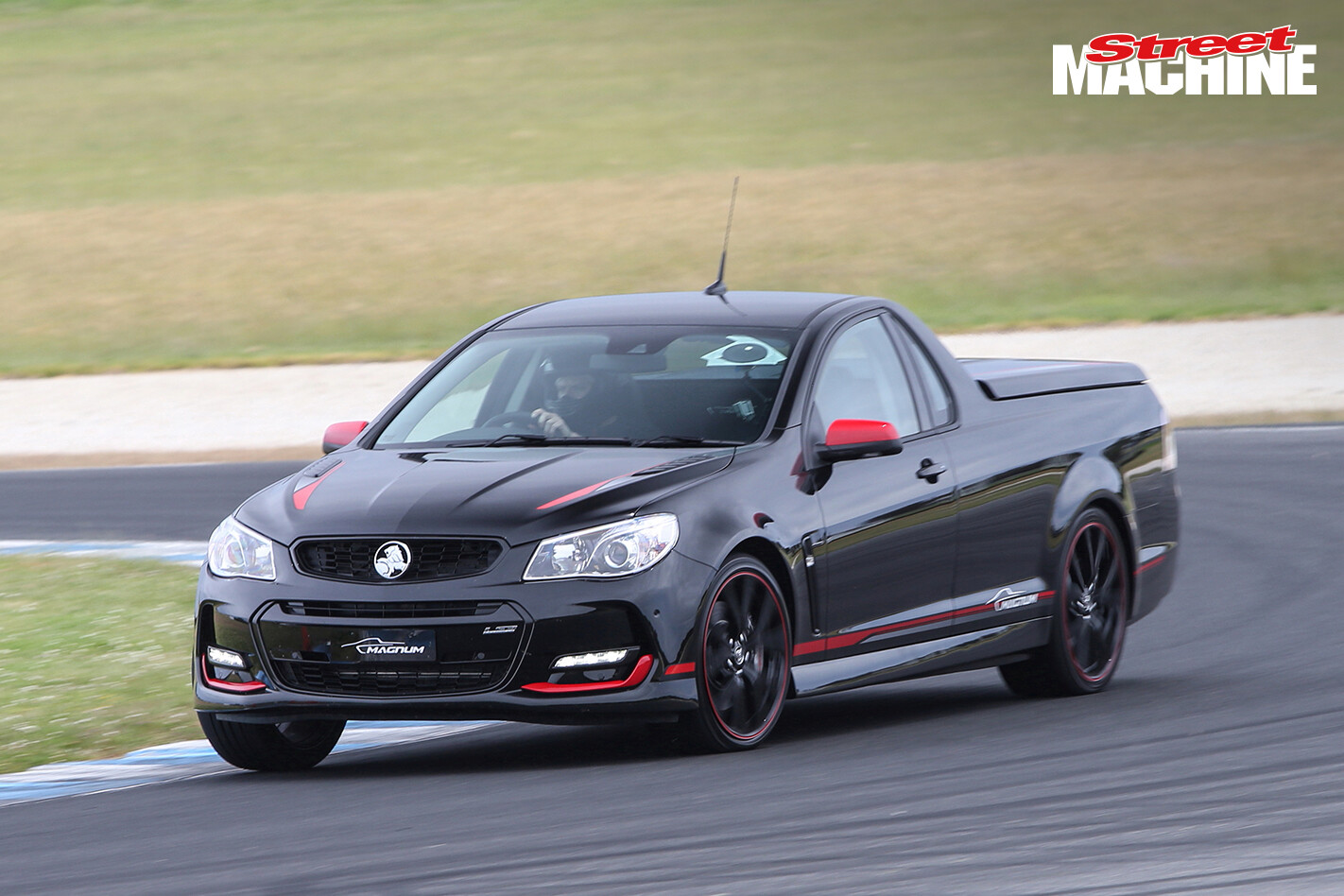 Holden has also revived the Magnum name – another throwback to the HDT days. The Magnum ute gains the sedan-tune SS Redline rear suspension set-up, cross-drilled Brembo brakes and – you guessed it – the upgraded oil coolers. Twenty-inch alloys and Magnum badges are also part of the deal. Limited to 240 units, the Magnum ute will be the rarest special-edition Commodore; priced from $59,290, it’s also the cheapest.