Jaguar Land Rover (JLR) and the James Bond films have been closely associated for 35 years, with the last Bond film, 2015’s Spectre, featuring Range Rover Sports and Defenders in a spectacular snow-driving sequence being the highlight. 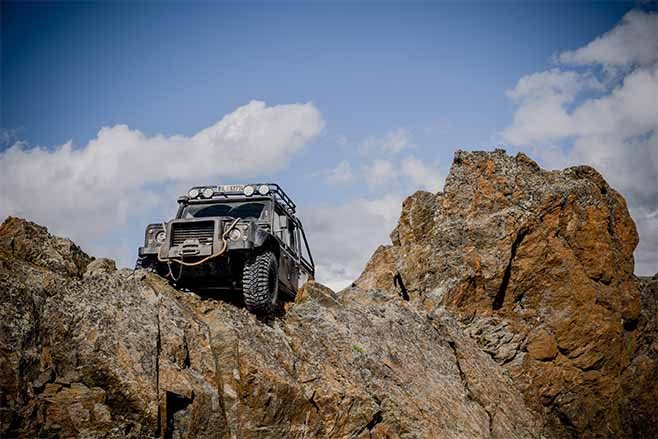 For those fans keen to check out how that sequence was filmed –and are suitably cashed up for the flights – you can now head to Sölden, Austria, to check out the 007 ELEMENTS “cinematic installation”. This display is set up inside the summit of Gaislachkogl, at more than 3000 metres above sea-level, and it is here that visitors can see the behind-the-scenes work that went into that dynamic driving display that featured in the film. 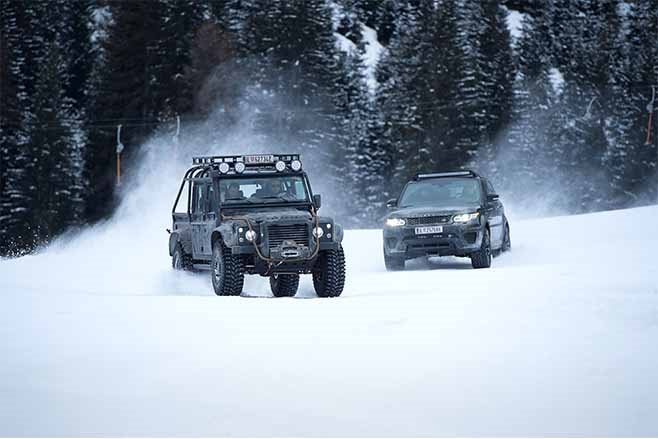 One of the Land Rover Defenders driven by the hapless bad guys is perched on a cliff edge outside, while another vehicle from the film – a Range Rover Sport SVR – is also on display. Sadly, you can’t re-enact the sequence yourself and drive these vehicles, but you can check out the latest Jaguar Land Rover technology that is included in the display. It’s a nice nod to the lengthy partnership between the Bond films (this kicked off with the late Roger Moore’s Bond driving a Rangie convertible in 1983’s Octopussy) and JLR, with more than 70 of the brands’ vehicles used in Spectre. 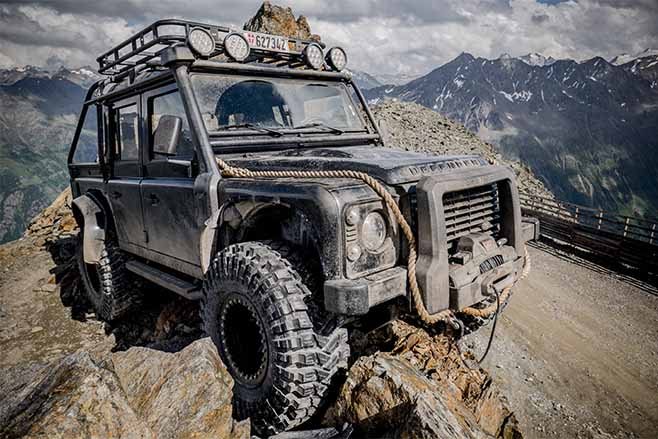 Of course, an actual immersive experience – like, say, driving a bloody Landy – would be even more awesome and tie in with the brand’s touted off-road heritage, something that will hopefully be reinvigorated once the near-mythical new Defender makes its debut. 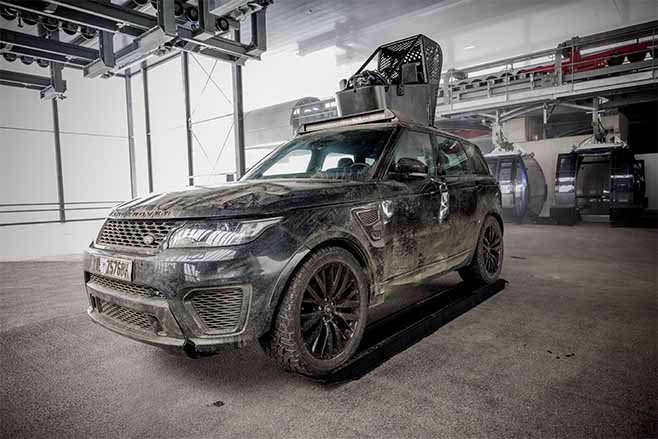 JLR Australia representatives won’t be drawn on a local (or global) release date for the vehicle, and even though “very late 2018” has been mentioned before, it is looking more and more likely that the world will have to wait a wee bit longer for the Defender to appear. Although it might be worth seeing what JLR brings to the Paris Motor Show in early October. In the meantime, Landy-philes will have to placate themselves with things like this 007 ELEMENTS display, for their regular LR fix. 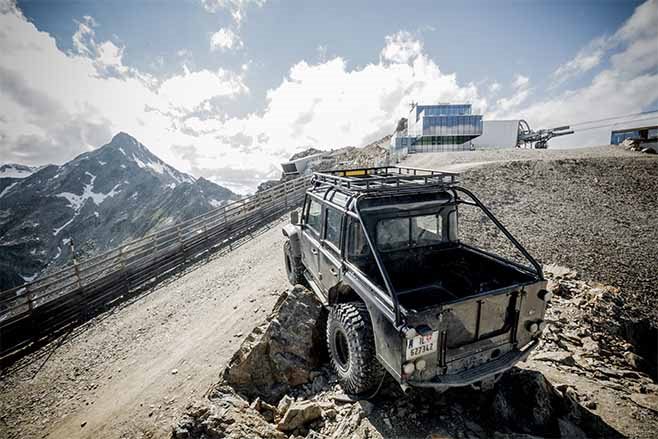 The 007 ELEMENTS display is accessed via the Gaislachkoglbahn Gondola in Sölden. It is open every day, from 9am to 3.30pm. For more info and tickets, see www.007elements.com