IN DECEMEBER 2019 Jeep Global President Christian Meunièr said Jeep would be, “the greenest SUV brand in the world”, as it would have EV or PHEV variants of every model in its range, available by 2022.

The next step in this evolution was revealed overnight, with the wraps coming off the Jeep Wrangler 4xe PHEV. The Wrangler is the quintessential Jeep vehicle, and the 4xe PHEV will be going on sale in the United States, China and Europe in 2021, with no mention of Australia or right-hand drive availability.

All we have to go on is the comment by Jeep Australia MD Kevin Flynn, who said: "We are excited about these technical developments and advances and are monitoring the take up of electrification in Australia.

"We will be ready to launch our PHEV strategy as soon as consumer appetite, regulations and infrastructure suggests the time is right."

Whether or not that strategy will include the Wrangler 4xe, or other models such as the Compass and Renegade 4xe models that were revealed last year, remains to be confirmed. 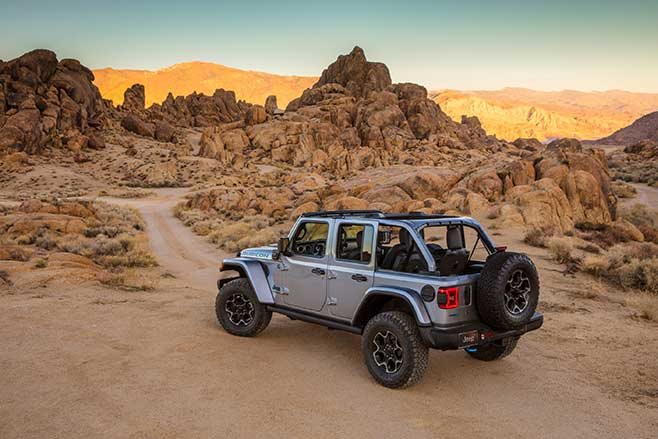 The Wrangler 4xe is built on a traditional Jeep ladder chassis, and as a PHEV it features both a petrol-fueled internal combustion engine and a pair of electric motors. It retains the Wrangler’s four-wheel drive system with dual range full-time transfer case, and Jeep says it keeps its ‘Trail Rated’ off-road ability.

It is available in both Sahara and Rubicon models and, like regular Wranglers, the Rubicon gets extra low gearing in both the transfer case and axles, locking differentials, a disconnecting front swaybar, underbody protection, and other hardware to make it supremely off-road capable.

The powertrain uses a 2.0-litre turbocharged petrol four-cylinder engine backed by an eight-speed automatic transmission. There are two electric motors, the first mounted at the front of the engine to which it is connected via a drive belt, and the second motor within the transmission.

The liquid-cooled motor at the front of the engine replaces the conventional alternator and starter motor, for charging both the 400V lithium-ion battery pack battery pack for the EV system and a conventional a 12-volt battery to run the vehicle’s accessories.

The second motor replaces the torque converter to provide added torque to the drivetrain and it is controlled by a pair of clutches. When the binary clutch is closed, torque from the petrol engine and the electric motor combine through the automatic transmission for maximum drive. 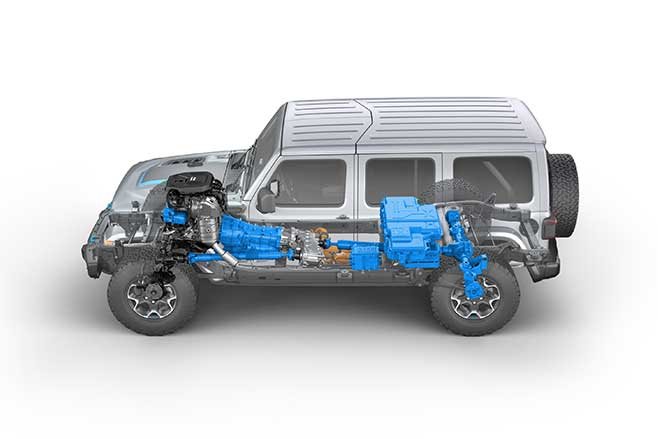 A variable clutch mounted behind the electric motor manages engagement with the transmission, to improve drivability and efficiency.

Combined, the petrol-electric drivetrain can deliver up to 280kW and 637Nm. That torque directly on the throttle should make the 4xe Wrangler an absolute weapon to drive off-road. It can also provide up to 40km of pure electric, zero emissions driving without needing a charge.

A 400-volt, 17-kWh, 96-cell lithium-ion, nickel manganese cobalt battery pack is mounted in an aluminium housing underneath the rear seat, as low as possible.

All high-voltage electronics, including the wiring between the battery pack and the electric motors, are sealed and waterproof and the Wrangler 4xe is capable of water fording up 760mm, just like any other Wrangler.

The Wrangler 4xe is certainly an interesting vehicle. There’s no doubt the additional torque supplied by the electric motor and the reduced fuel consumption of the PHEV drivetrain would make the Jeep amazing off-road; but it remains to be seen what effect the added weight and complexity of the system will have on drive ability.

Price would be another issue, with a Wrangler Rubicon already costing up to and above $70K. What would be the added purchase cost? And are we ready for a $90K Wrangler? 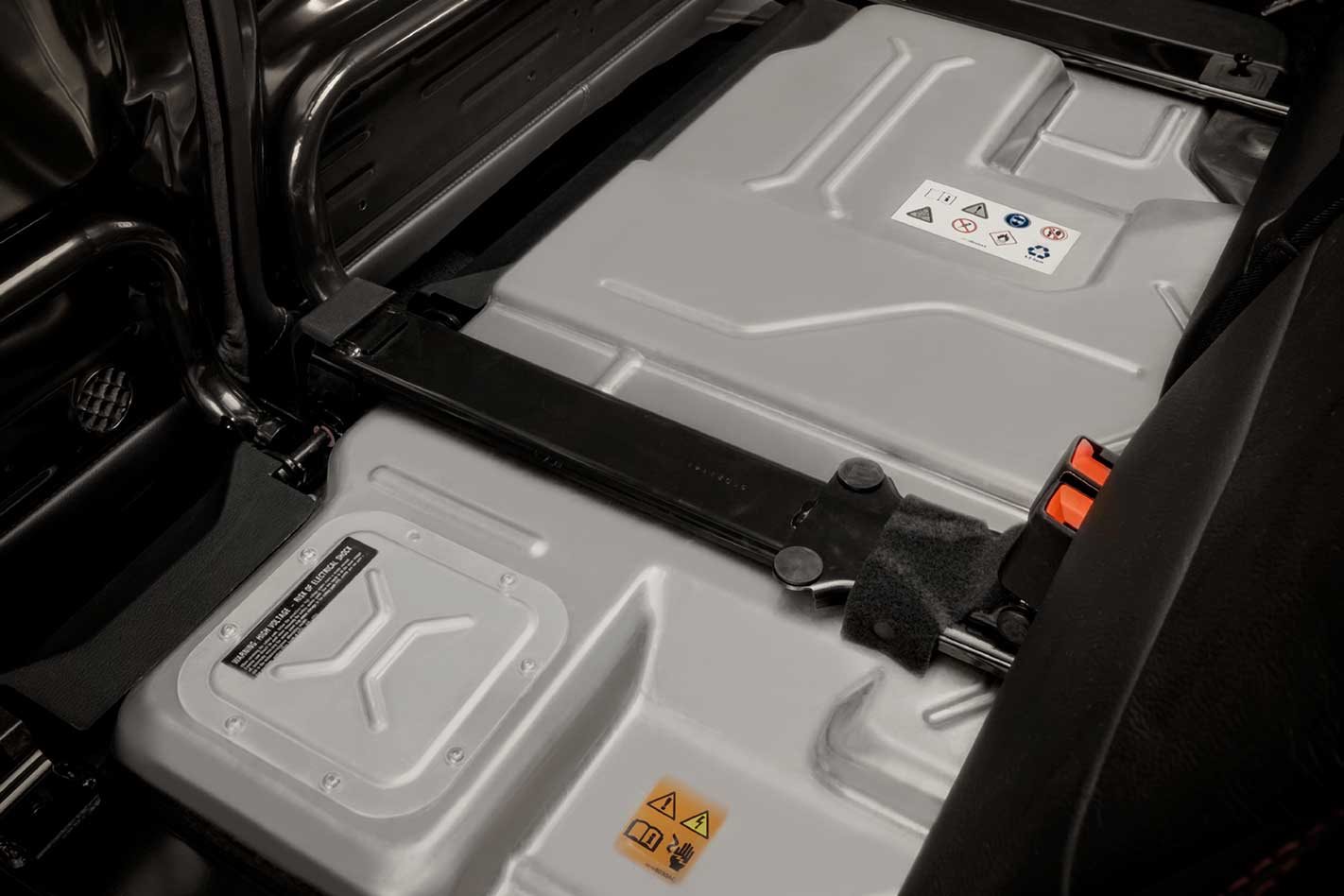 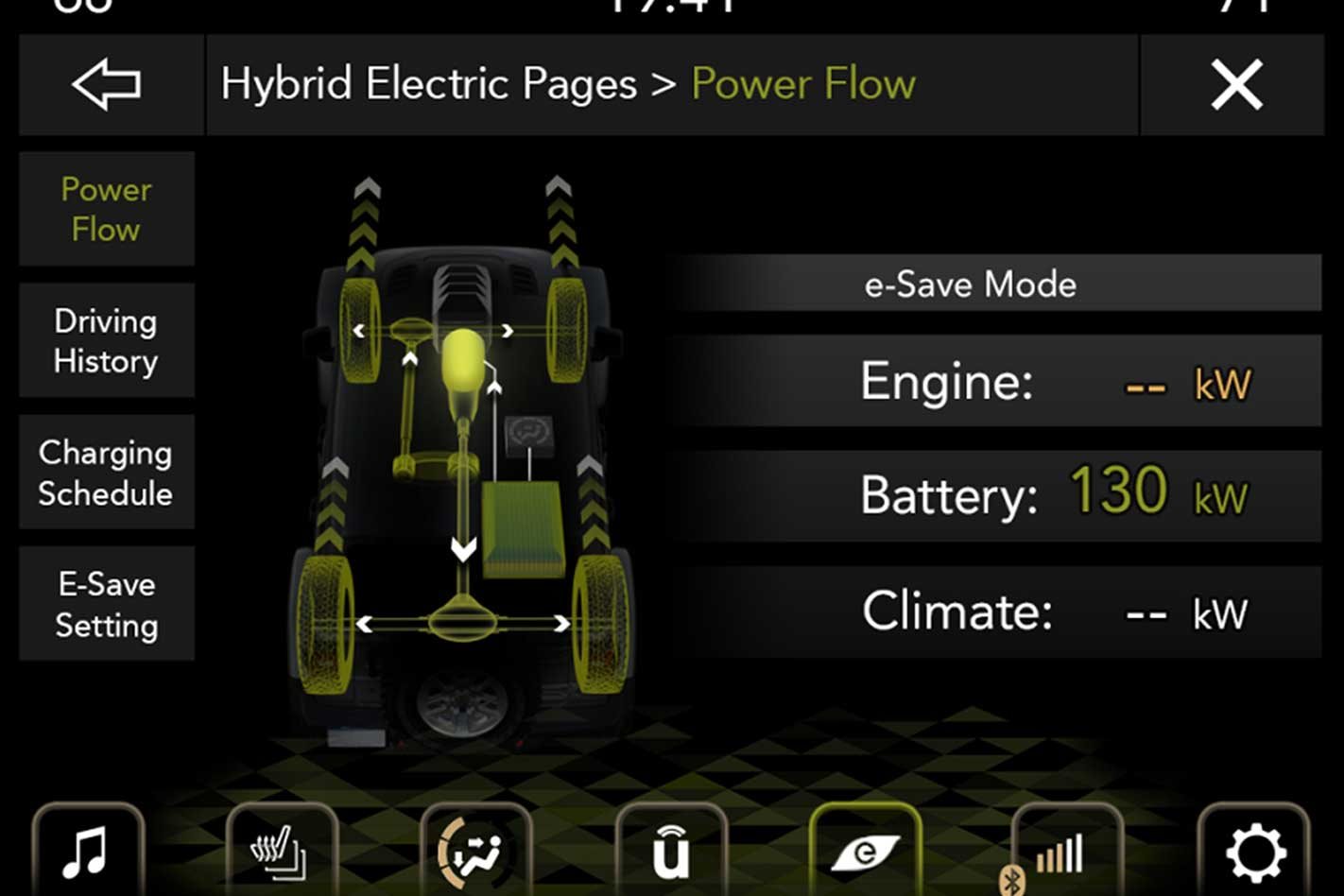 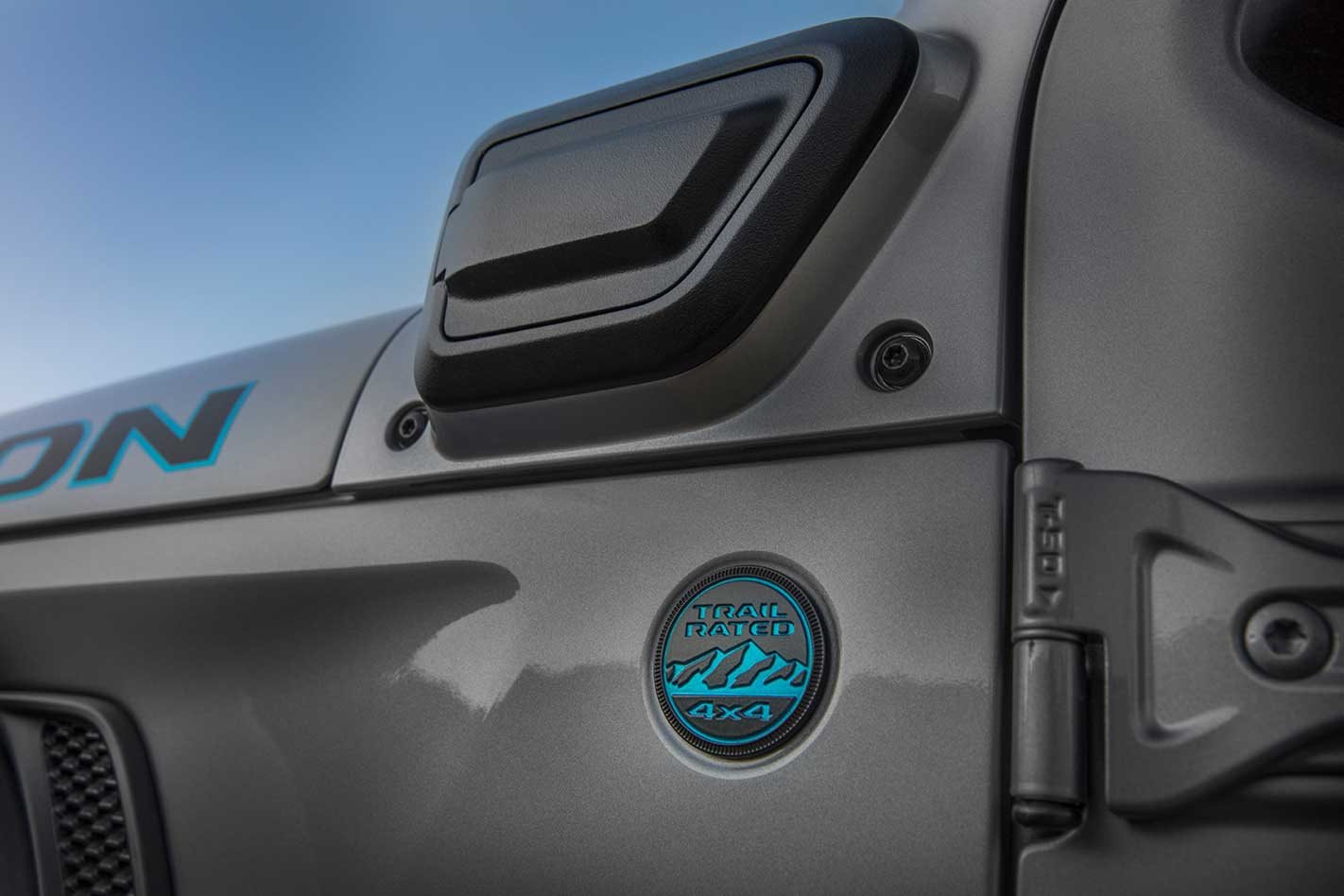 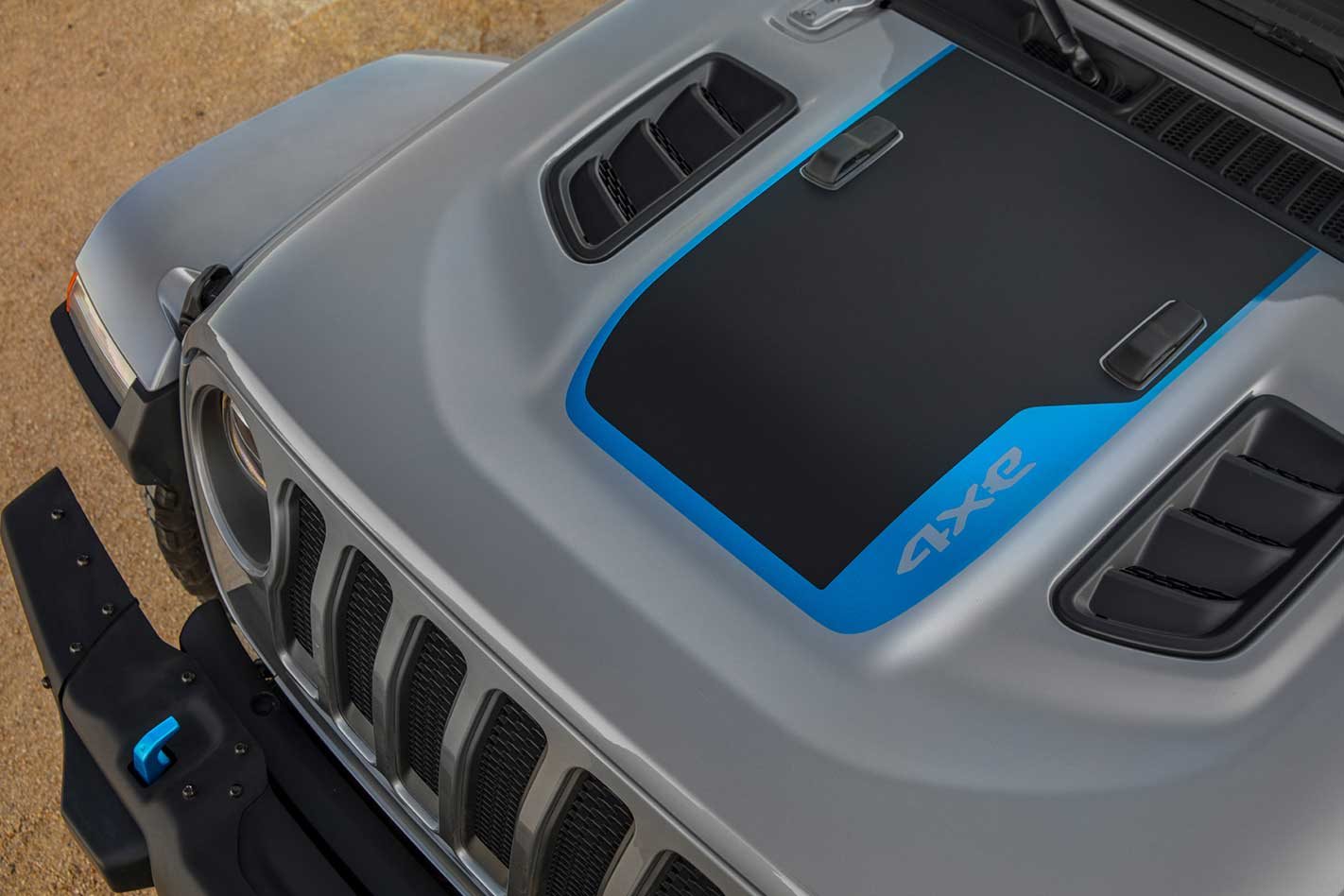 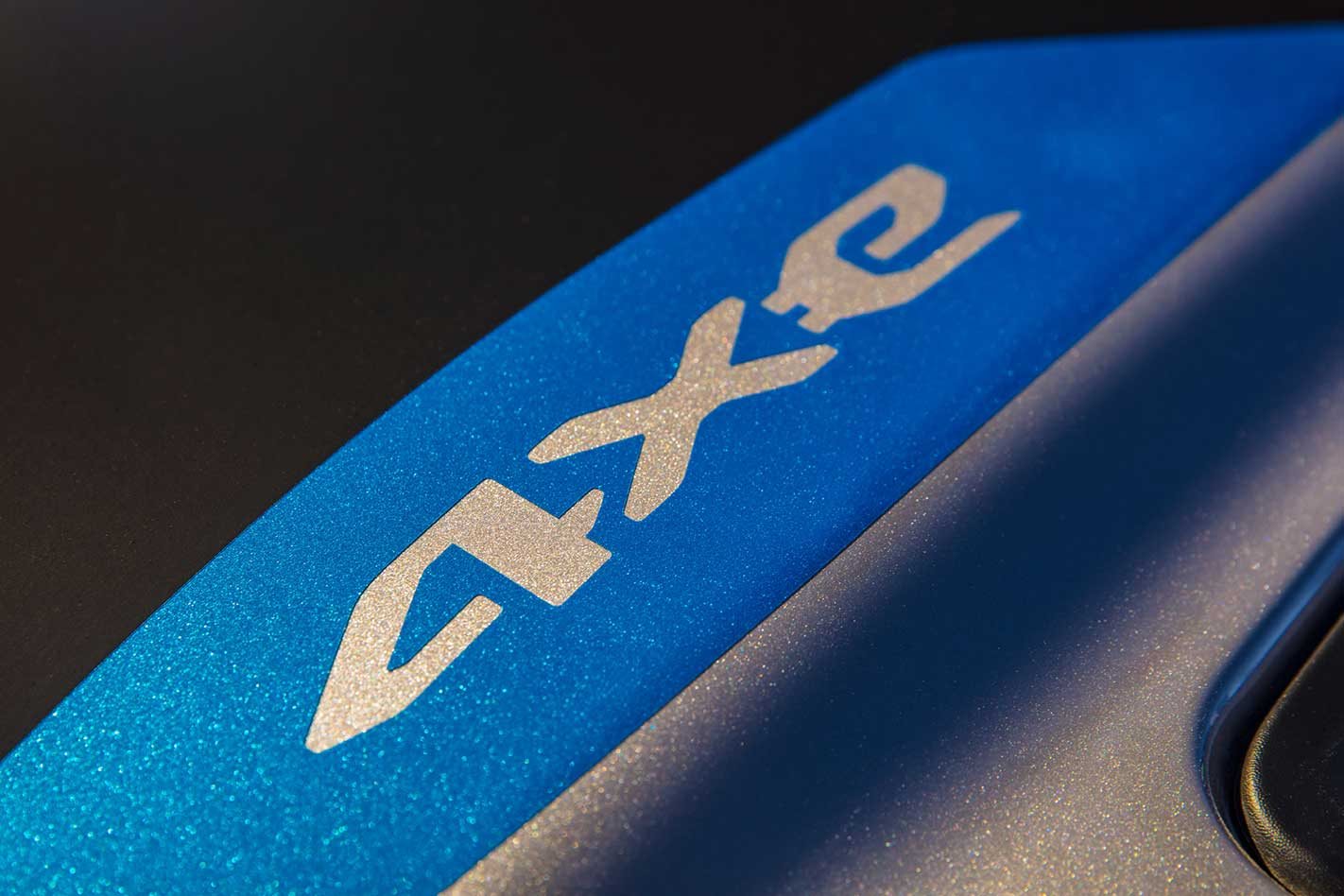 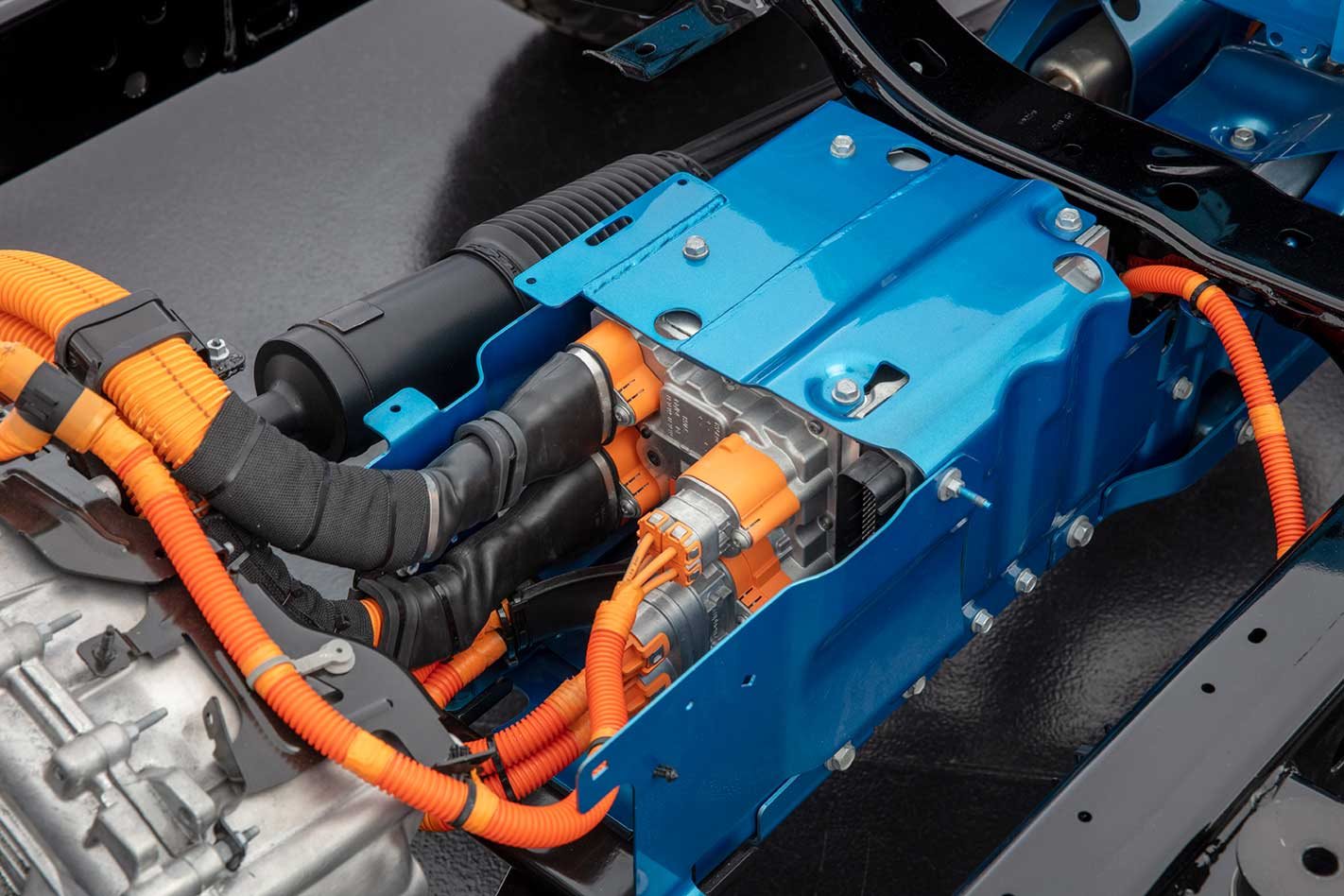