The man behind the 'how to poo in the bush' video

He taught us how to poo in the bush, so we caught up with Jim McNabb to see what other outback lessons we could learn.

Jim McNabb, the man behind the 'how to poo in the bush' video, has done his share of four-wheel driving. If you can find a track in an Aussie 4x4 travel book, chances are, the 66-year-old radio club president has done it.

His most recent adventure saw him travel 14,500km, with a whopping 10,000km driven on dirt. He loves it. But on this lengthy trip he discovered something he doesn’t love: excrement (or, more precisely, the growing number of campers who leave it behind). To vent his anger, Jim took to YouTube to create a ‘How to crap in Outback Australia’ video, which showed campers exactly how to use a shovel.

The video was a hit, receiving more than 22,000 views in its first two weeks, and inspired Jim to broaden his campaign efforts for cleaner campsites. He has since released a ‘How to crap in the Outback when driving in a convoy’ video. We enjoy his bluntness, but we wondered if there were more to grumpy Jim than a shovel, and an axe to grind. So we had a chat… 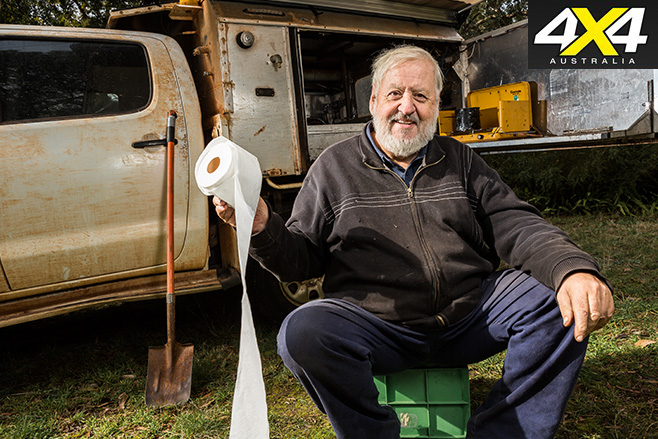 Describe the worst poo vandalism you’ve seen.
How do you describe the scene? Okay, I’ll try. The first thing is the number of flies. On the 737 (radio) network I said: ‘I have 3,500,000,000 flies and their families with us.’ To see poo paper hanging in all the bushes is sickening; behind every bush, on the ground. If I went to their house and did the same, I’d end up in the lock up.

Besides people learning how to use a shovel, what do you reckon the solution to this type of vandalism is?
I believe that toilet training should be part of all 4x4 driver-training courses, along with why we should do the right thing in the bush.

How have you seen the treatment of the bush change during your lifetime?
In the days when I started driving around the bush you could be 20-30km away from town and you would not see anyone for weeks. This year on the Canning Stock Route (CSR) we had around eight to 10 4x4s go by a day. Each one had two people. That makes up about 20 pit stops for each day of travel. That’s a lot of poo paper in the trees.

You’re a bit of veteran when it comes to 4WDing. What got you into off-roading and how long have you been hitting the tracks?
I started on a motorbike in ’67. Then I raced a dune buggy. But because of idiots doing the wrong thing, the government stopped us, and I moved to 4x4s in about ’71.

Where’s your favourite spot and why?
The Five Rivers Lookout at Wyndham. You must see at least one sunrise and one sunset. I love the CSR and would love to do it again; next time from north to south. 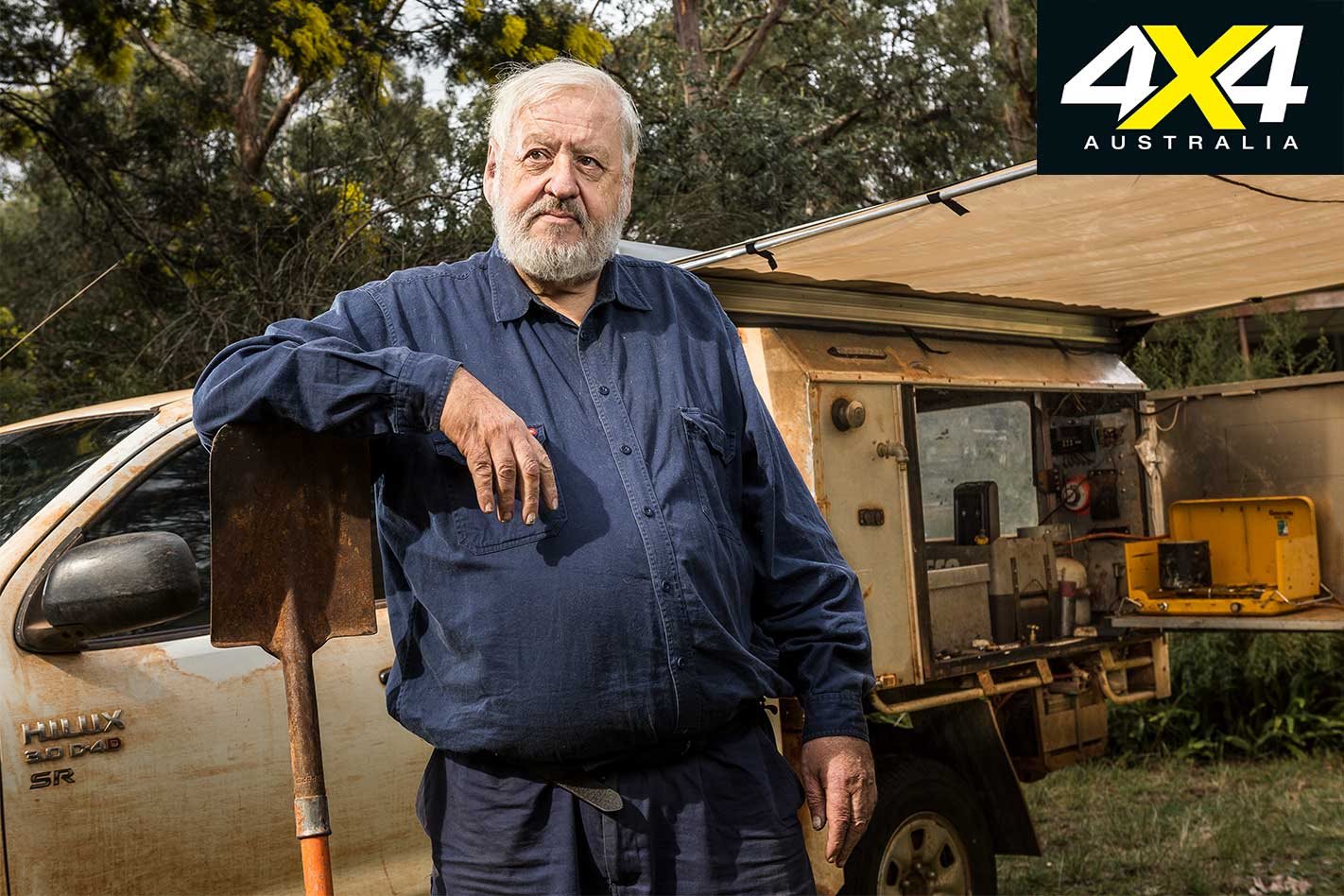 What’s the hardest driving you’ve done?
4x4ing down the old Zeka Creek Track, ‘now closed’ in winter. It took us three days to get down to Wonnangatta River. It was snowing all the way and we had to winch with the PTO winch all the way down. We came back up the old Zeka Track and it took two days and nights to get back up on the Howitt Plains. By the time we got back on good roads, we were very low on food and fuel. This is when I learned that you should always take at least an extra weeks’ worth of food and fuel.

Ever been in any hairy situations on the road?
About 15 years ago, I got bogged with the wife when it rained on the Tanami Track. (It was a track then. Not now. It’s been upgraded). There was nowhere to put the winch cable on, so I put my chain along the ground with about 50-plus tent pegs going through the links and into the road! It worked and I got out.

You’re a Victorian. Where do you drive there?
I have a love for the High Country. Ron Moon wrote a book some years ago, and I did every track in it. The best was the Old Omeo Coach Road. Most of it was made by convicts.

I use one battery for the Waco fridge and one for all the radios. I run HF for the 737 network, an 80-channel CB, and Ham Radio HF/VHF/UHF radio gear. A homemade canopy. Camping car awning – 2.5M x 3M with remounted led lights. I also have a pumping system with water filters so I can pump from wells, rivers, etc. 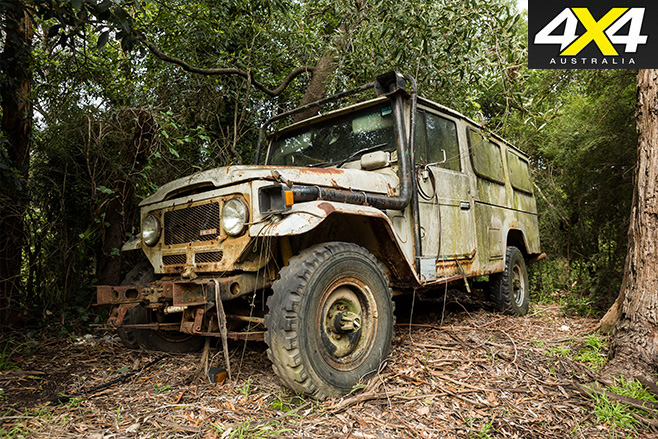 What’s to love about off-roading?
I love the bush, with the independence you can get – to be able to go away from everyone, sit by the campfire and see the sunset, the stars at night, along with the sunrise; each one is new. I have a great love of the wildlife.

RUBBISH: Illegal dumping in parks and forests is a massive concern

Besides poo, what else grinds your gears?
How long is a bit of string? Rubbish left in the fireplace. People who make a new fireplace instead of using the one that’s already there. Cutting down trees with hollows. No respect for the country! Aboriginals have a great saying, “We don’t own the country, we belong to the country; we are just custodians.” If we don’t start looking after the country, we will get locked out of more areas. We are very lucky that the Traditional Owners let us into their part of the country.

What’s the best advice you’ve been given?
If it rains, stop where you are for a day or two till it dries out. 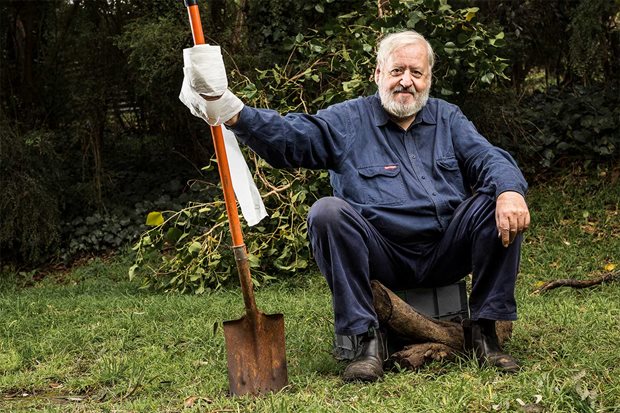 How to poo in the bush

An Aussie 4x4er has taken to YouTube to toilet-train careless campers on how to poo in the bush. 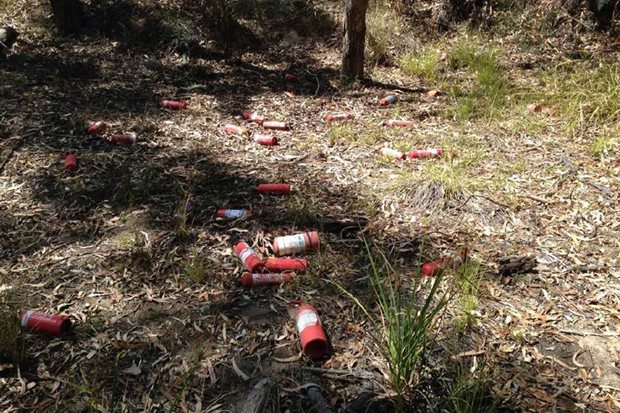 Illegal dumping of rubbish in parks and forests a major concern 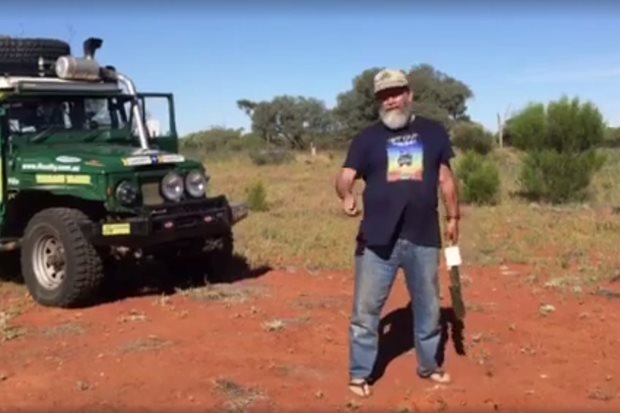 VIDEO: Roothy explains how to dispose of waste at camp

How to go number two when you don’t have a loo.