Ken Block is at it again. This time he’s traded in the Fiesta for classic Ford muscle

Ken Block is at it again. This time he’s traded in the Fiesta for classic Ford muscle. Dubbed ‘Hoonicorn’, this evil-looking Ford Mustang is Block’s latest toy and the star of Gymkhana Seven, but all is not as it seems.

While the body is based on a ’65 notchback, it’s an all-new beast underneath. The tube chassis houses a custom-made six-speed Sadev sequential gearbox and all-wheel-drive running gear.

The Mustang’s power unit is a Roush Yates 6.7-litre Ford V8 with individual throttlebodies. Outputs are listed at 845hp and 719lb-ft.

Getting the right look for the wide-body animal drew on influences from Block’s love of race cars. The body features a diverse range of styling cues from NASCAR, German DTM racers, WRC cars and even Block’s favourite toy models.

Anyone visiting SEMA this year will be able to see the untamed wide-body beast up close, but we won’t witness what it’s capable of until Gymkhana Seven is released.

Filming for the latest instalment of the Gymkhana series has already taken place in Los Angeles, with a small piece of spy footage finding its way online. It’s bound to be another viral blockbuster so expect it to take over your Facebook feed before the end of the year. 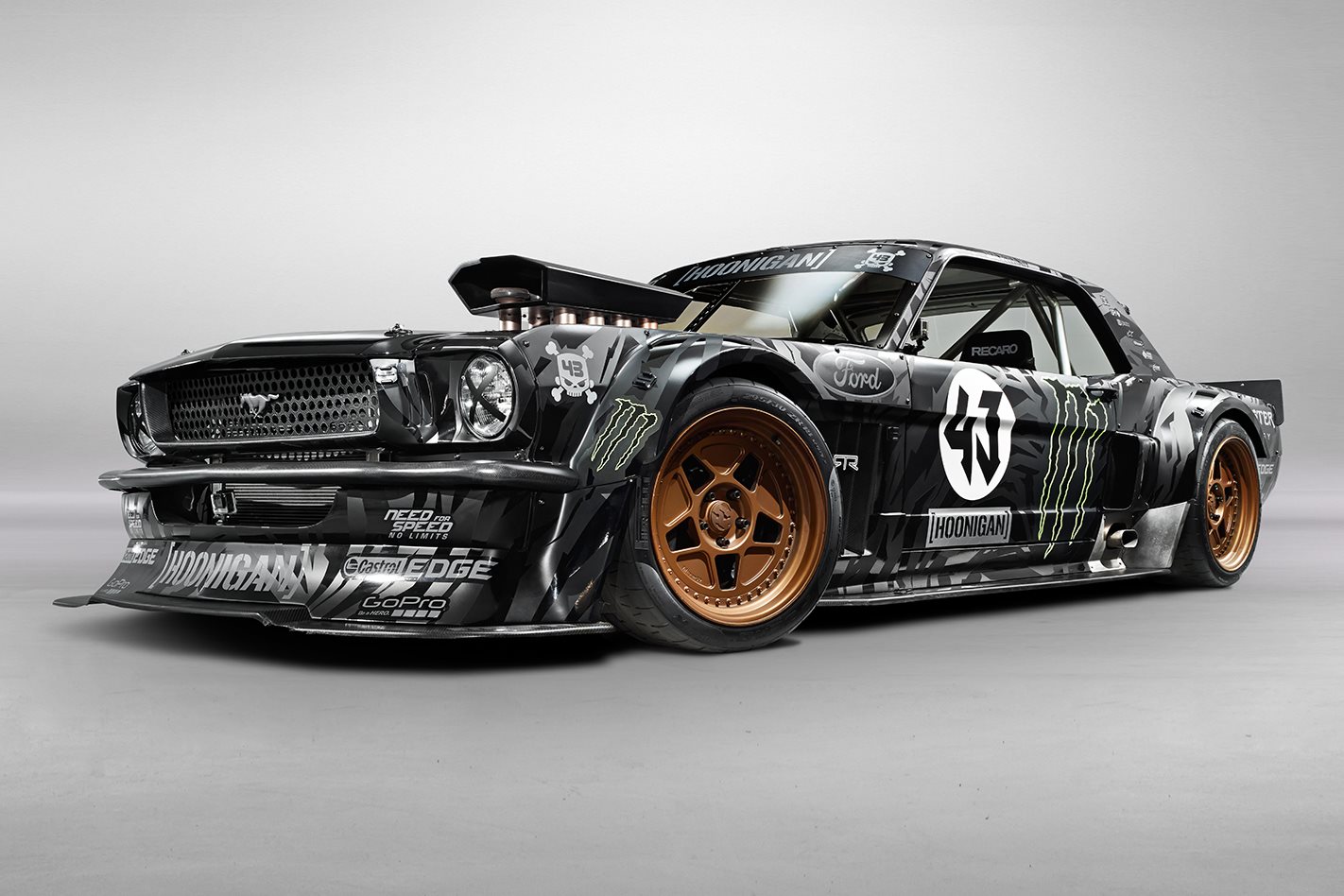 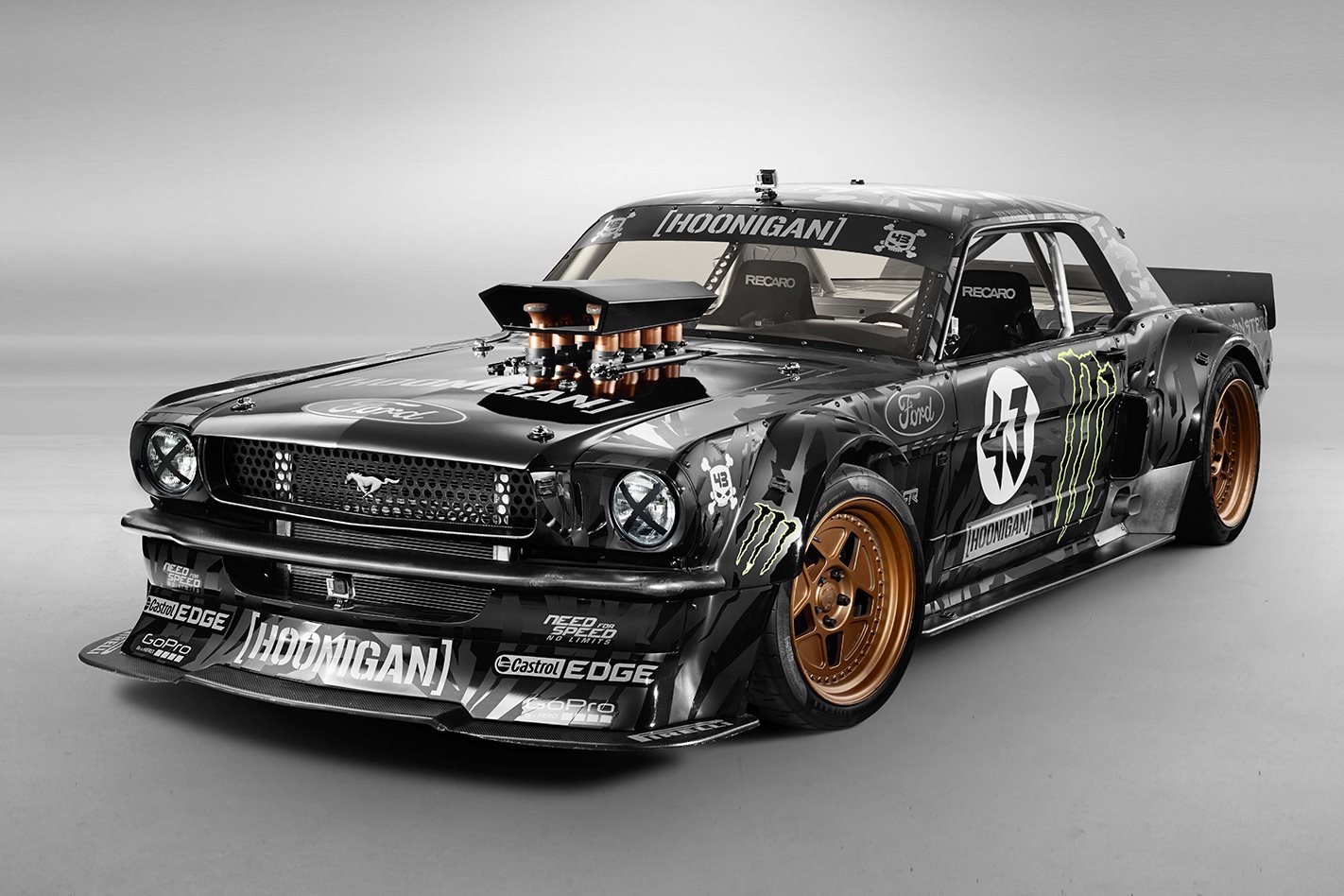 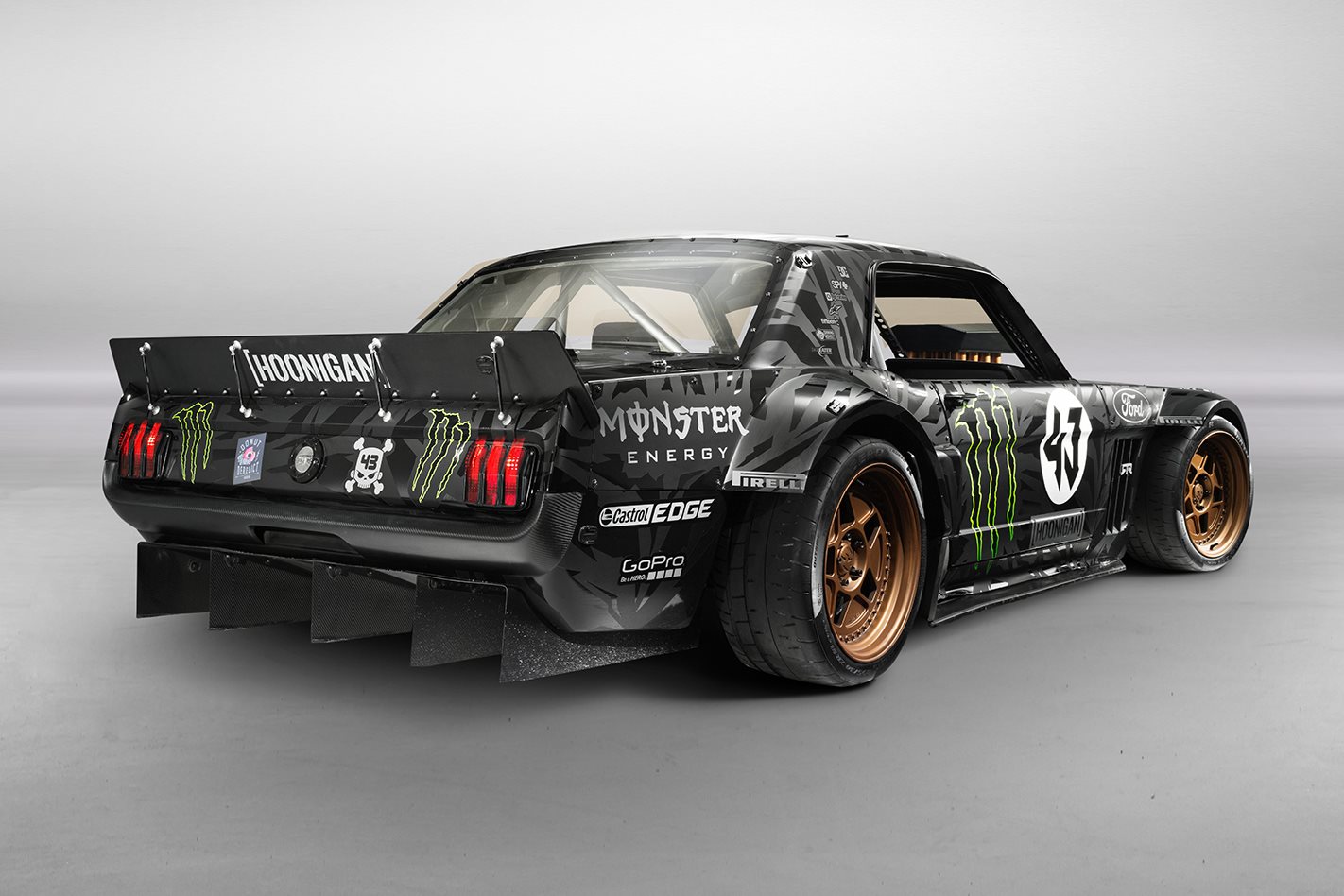 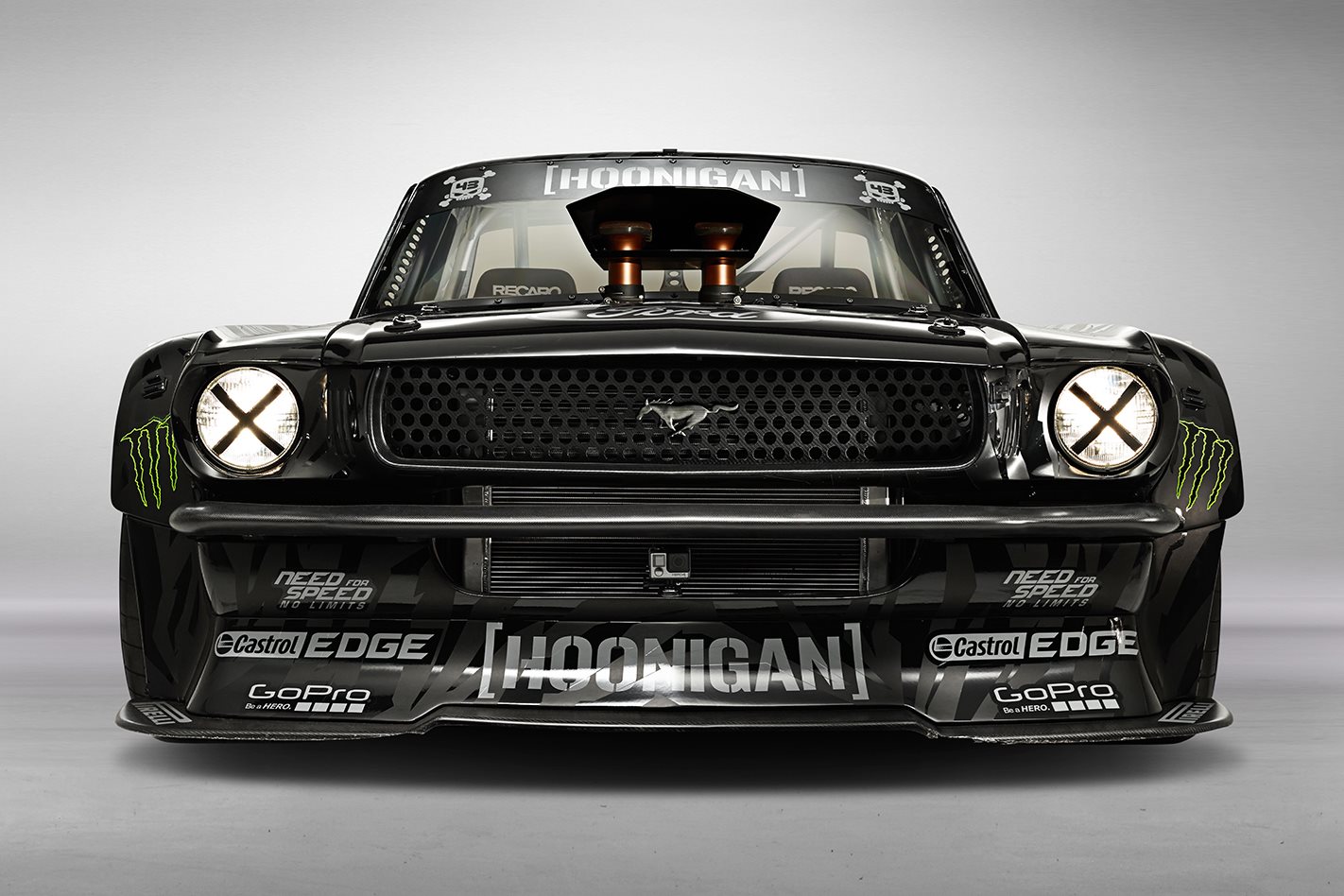 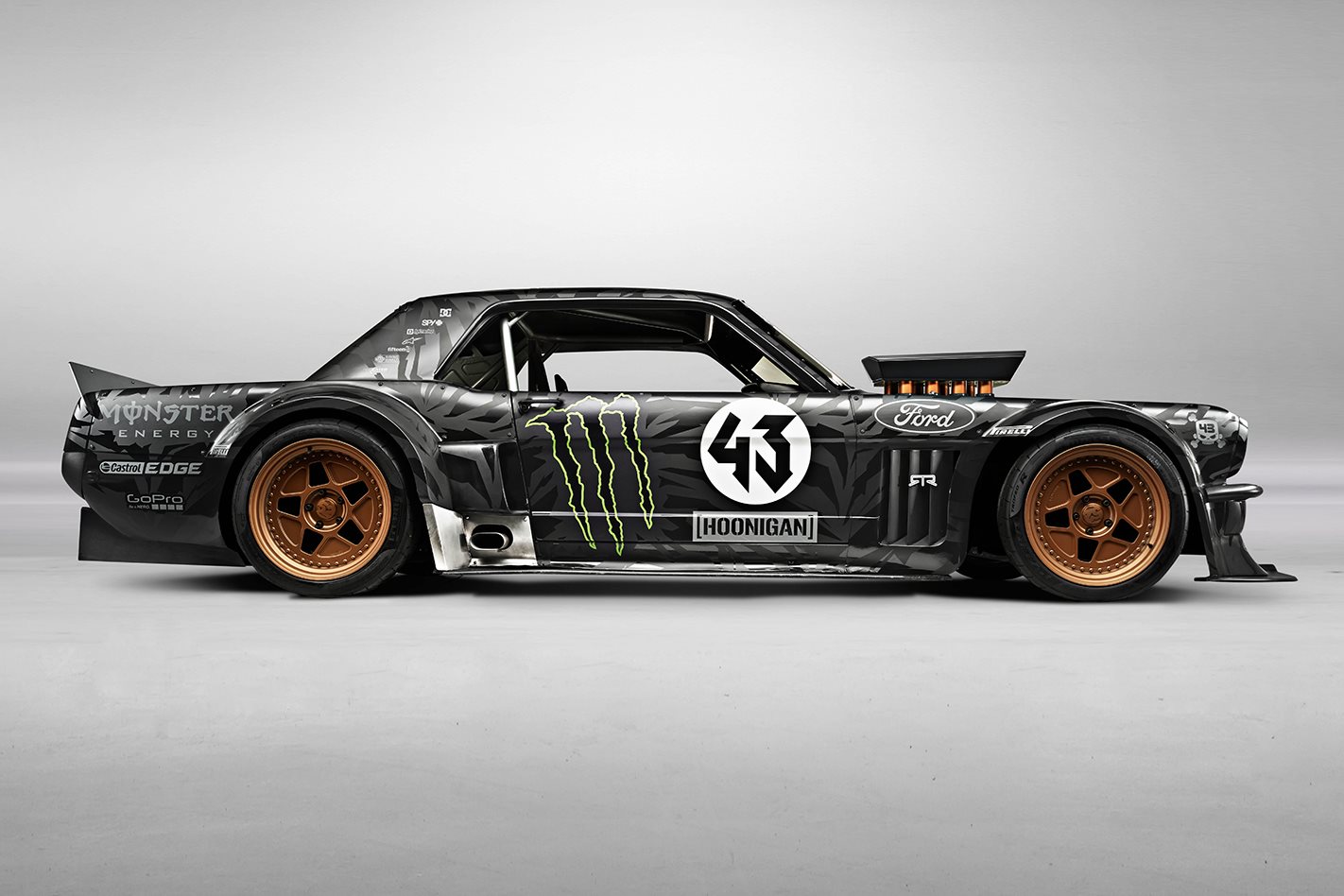 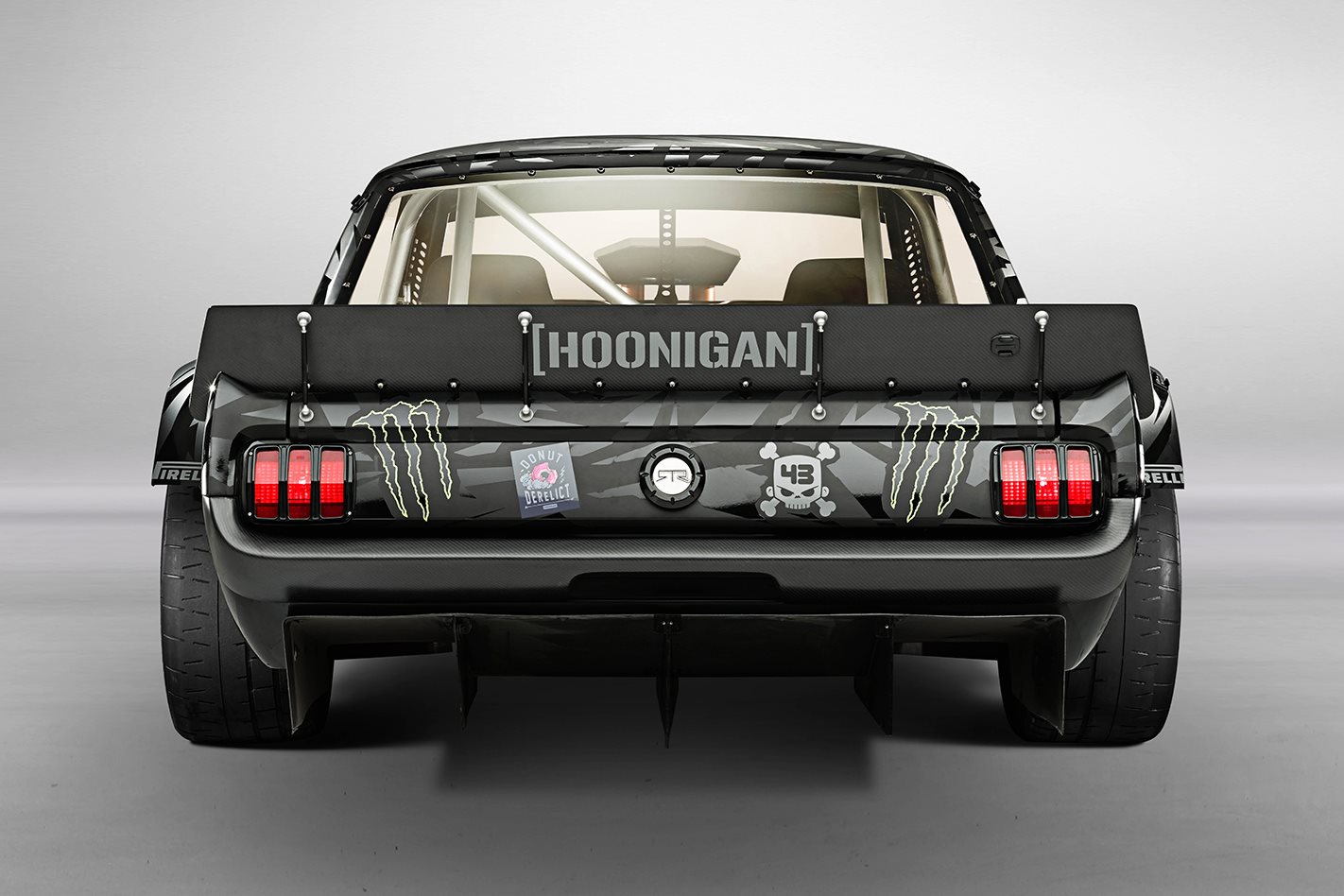