LAND ROVER has used its involvement in the upcoming James Bond film No Time To Die to show off the new Land Rover Defender’s capability in off-road terrain.

A new UK-based James Bond-themed television commercial depicts several examples of the all-new Defender flying through the air and landing hard in a muddy field, and then sliding through swamps and rivers at high speeds. 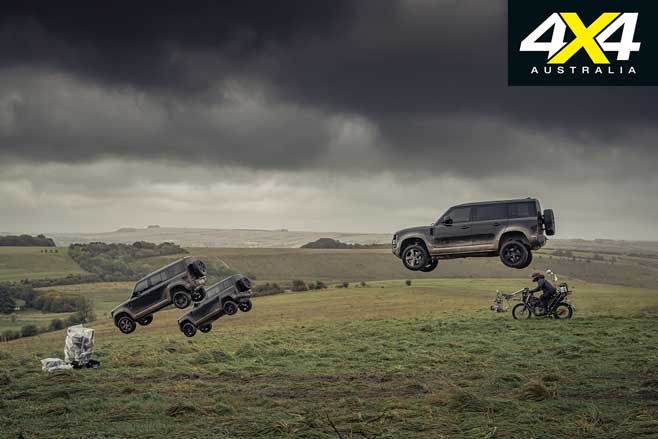 In a humorous twist, the advertisement ends with a rollover… and no attempt to disguise the resulting panel damage. There's not much chance the extreme Defender commercial would ever be allowed on Australian TV screens, but you can view the footage in the video above.

The commercial uses rehearsal footage from a chase sequence filmed for the upcoming Bond film, which was led by stunt coordinator Lee Morrison, who said, “We pushed the Defender further than we believed possible to generate the maximum excitement, and to give fans an insight into the uncompromising challenge of producing an incredible chase sequence which you can look forward to seeing in No Time To Die.”

The Santorini Black Defender 110 X models used in No Time To Die were the first cars off the production line at Land Rover’s Nitra factory in Slovakia, and were equipped with darkened skid pans, 20-inch dark-finish wheels and professional off-road tyres. Land Rover’s design team worked with Special Effects and Action Vehicles Supervisor, Chris Corbould, on the specification of the Defenders used in the film. 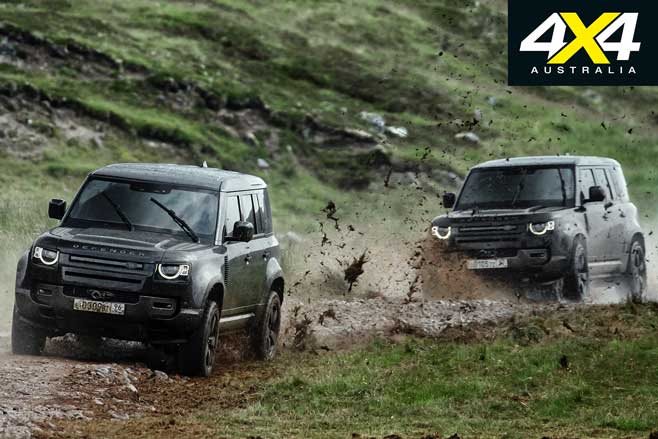 “Physical strength and durability is measured by a number of different tests including a bridge jump test which gave us confidence to deliver what the stunt team needed to create for No Time To Die, with no modifications to the body structure except the installation of a roll cage,” said Nick Collins, Land Rover Defender vehicle line director.

Appropriately, included in the 10 Defenders used in No Time To Die was VIN 007, the seventh Defender off the production line. 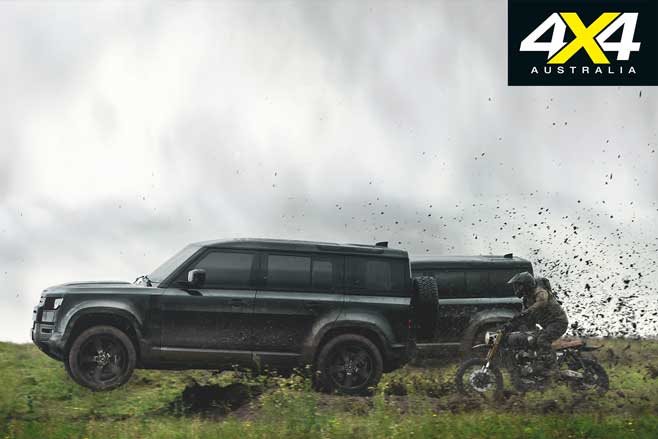 Land Rover claims that it has received unprecedented demand for the new Defender since it was revealed in September 2019, and expects demand to outstrip supply for the foreseeable future.

Australian customers are unlikely to get their hands on their new Defender until late-2020 but, in the meantime, can catch the new Bond film No Time To Die in cinemas this April. See www.007.com for more details. 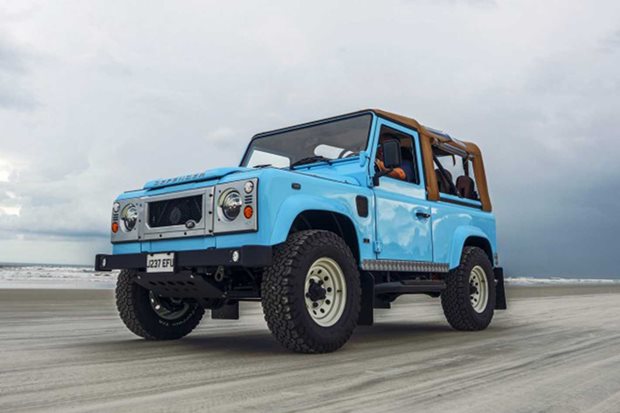 Restomod Defender is built for the sand and sun rather than mud and rain.