While out on a drive of Land Rover’s new Defender in north-west Namibia, the crew came across this 20-tonne semi-truck bogged in a river bed. The gravel road heading north from the town of Opuwo had been washed away in a flash flood forcing a detour along the bank, in to the sandy river bed and back up to re-join the road.

The soft sand in the river bed was too much for the heavily loaded truck and when the Land Rover crew came across it, the driver had been stranded there for three days. 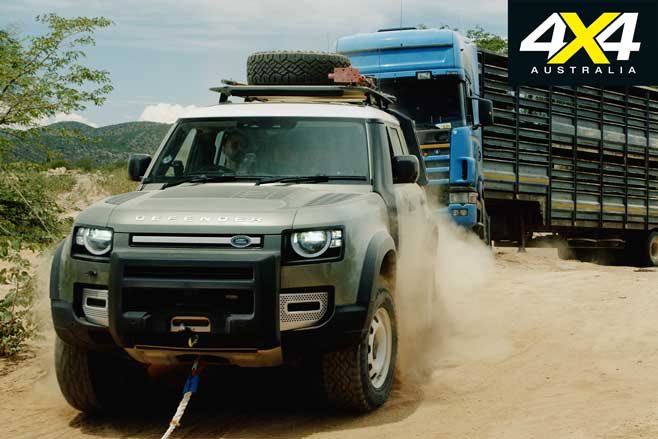 Not a problem for the team from Land Rover Experience which swung in to action hooking up two of the yet to be launched new Defender 110s -– a D240 diesel and a P400 petrol model. While the towing capacity of the new Defender is rated to 3500kg the duo punched well above their weight, using their combined 844Nm of torque, low range gearing and 4-wheel drive to pull the heavy rig out of the sand and back up on to the road.

The new Land Rover Defender goes on sale in Australia in August this year priced from $69,990 (plus on-road costs) for the D200 110 long wheel base. It will be joined by the short wheelbase, 3-door Defender 90 later in the year.

Stay tuned to Which Car next week as we bring you our first driving experience of the new vehicle from Namibia. 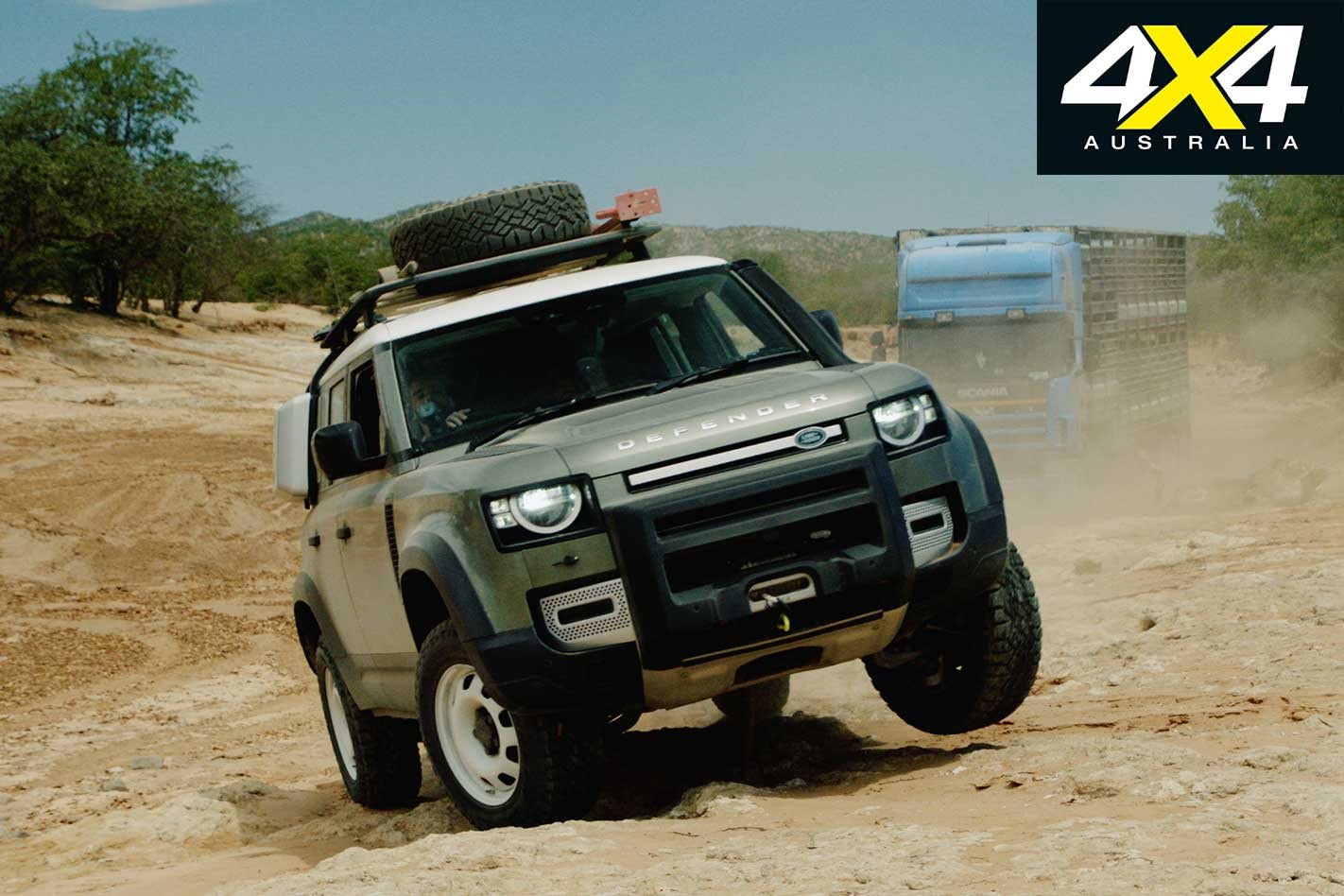 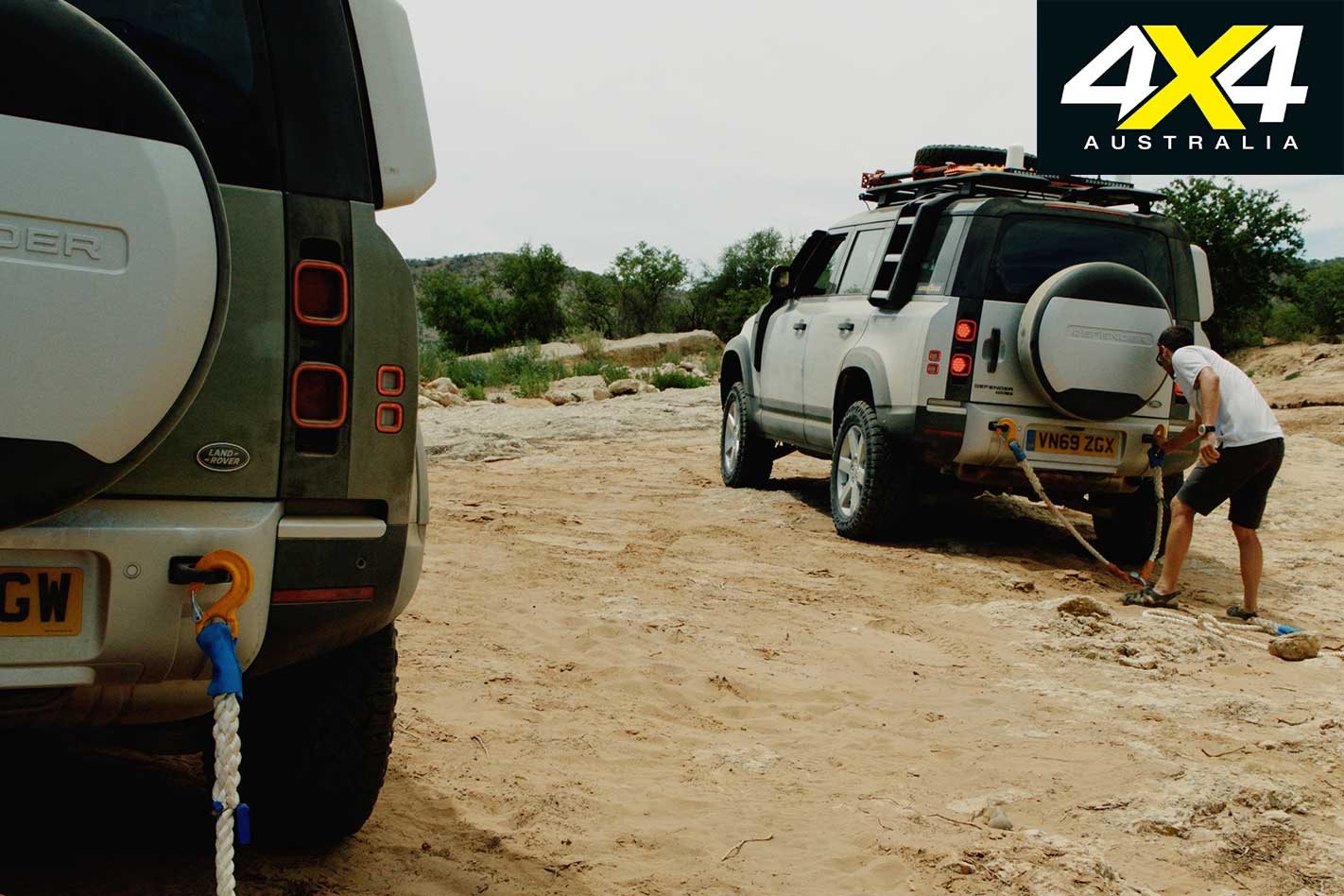 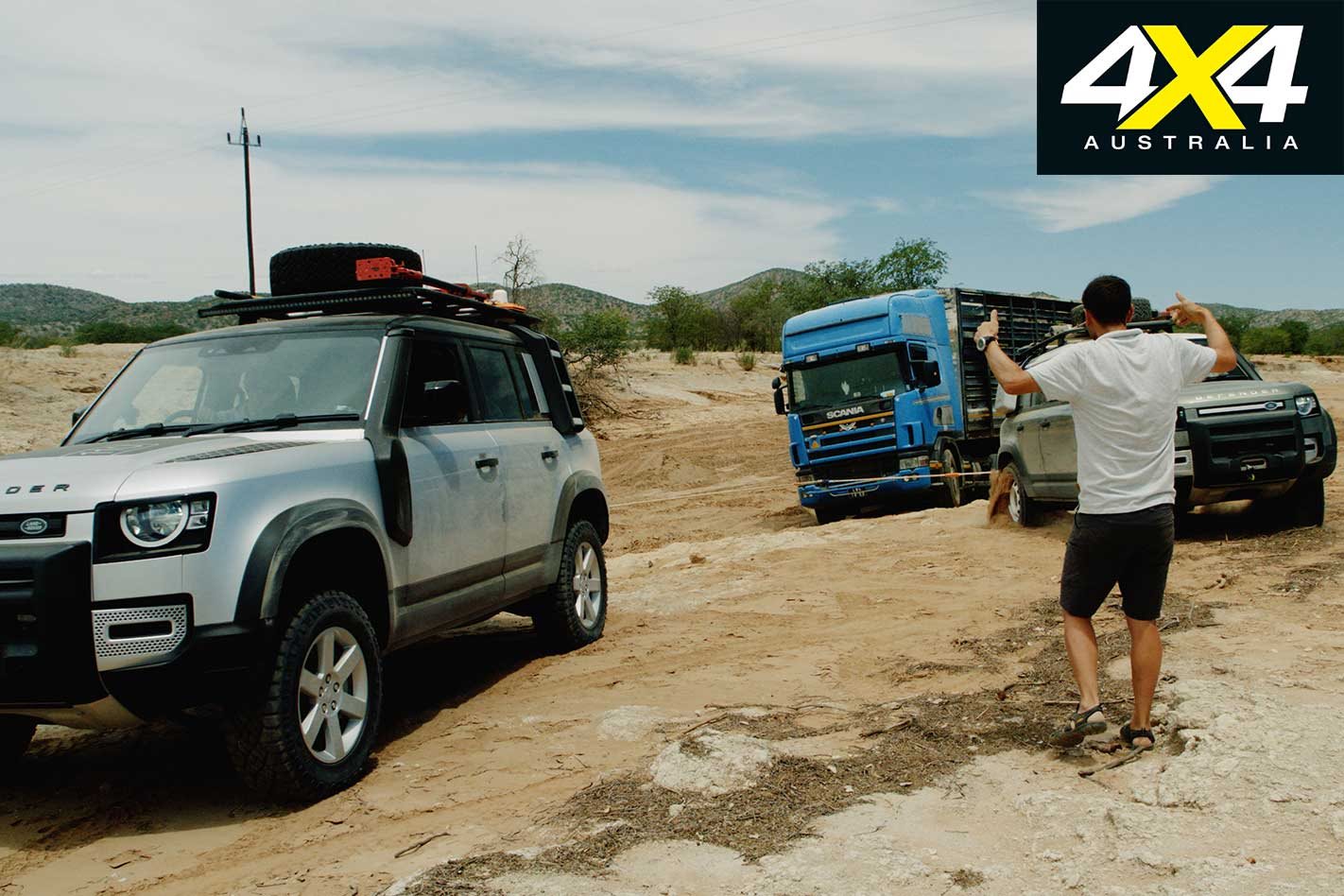 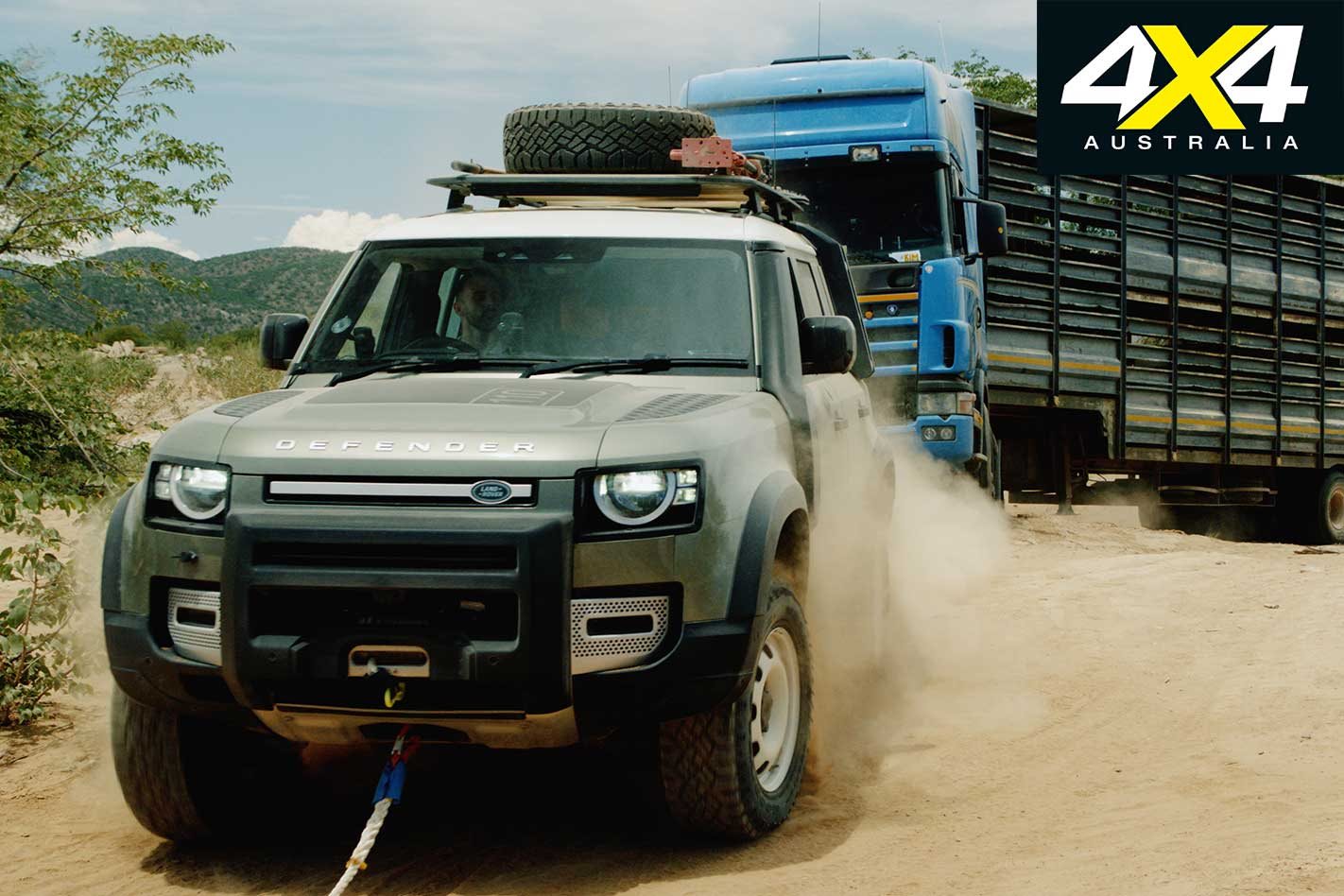