THE Mercedes-Benz G-Professional wagon and cab-chassis range has run its course in Australia, with the brand’s local arm pulling the model from its line-up. To get one, you’ll need to scoop one of the few that remain at dealerships.

The G-Pro was built on the older, live-axled W461 platform – think: square, small cabin – but prospective buyers will now have to look at the second-gen G-Class (W463) if they want to own their own Gelandewagen, with M-B Australia currently only offering the V8-powered 430kW/850Nm G63.

Still, there are a few G-Pros residing in dealerships across the country, with Mercedes-Benz Australia's media relations and production communications manager, Ryan Lewis, telling us that both body styles are still around for the time being, with the majority being in cab-chassis configuration. 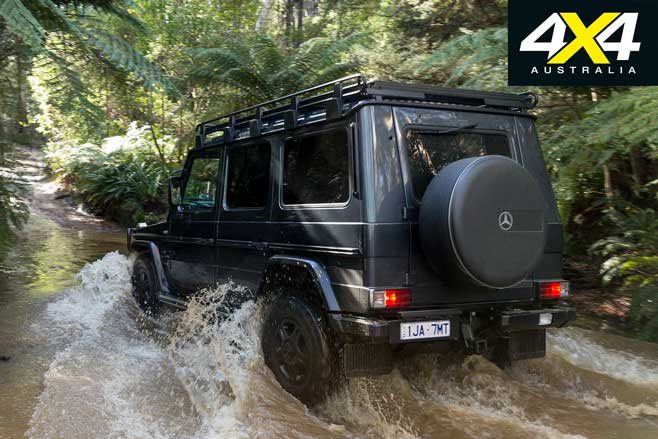 When asked of a successor to the G-Professional, Lewis said Mercedes-Benz Australia would be interested.

"There’s nothing to announce regarding a successor on the new platform at this stage," he said, "but if a new G-Pro is confirmed we would certainly be interested."

The G-Class is a true off-roader with almost 40 years of military heritage, and the G-Pro came about as a military vehicle for the civilian market, created courtesy of a supply contract between Mercedes-Benz Australia and the Australian Defence Force.

The 16-inch alloy wheels are wrapped in all-terrain rubber; the floors are lined with rubber mats and no carpet; and the dash layout is old-school. Still, they’re a solid, reliable off-roader, with triple diff locks and four-wheel coil suspension … you can thank their military heritage for that.