IT'S been almost 20 years in the making, but one of our most popular and most radical Expression Session concepts has finally come to life. Chris Varney's Mod Rod was unveiled at Meguiar's MotorEx 2015 and it didn't disappoint. Quite often with concept car drawings, the final result doesn't quite match the original artists rendition, but tha'ts not the case with the heavily modified Torana.

While not an exact replica of Jeff Haggarty's original renderings, the hot rod highboy styling has been translated to the Torana's body with surprisingly good results. Chris did make some changes, replacing the standard Torana suspension with a tubular set up, but the narrowed nose cone and the way the cowl transitions into the body has been expertly crafted. Chris also chose to add suicide doors and kept the standard dashboard as opposed to the FJ dash that Haggarty originally envisioned.

For the show Chris had the small-block Chevy set up with a blower and a couple of carbs running straight into side pipes, but that will be changed in the not too distant future as he plans to get this car fully street registered. So, the blower will come off and a full exhaust fitted, but thats a small consolation to pay if it means well see the Mod Rod cruising the streets. 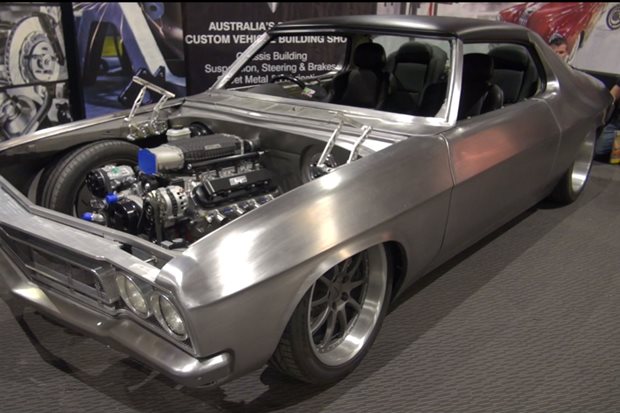 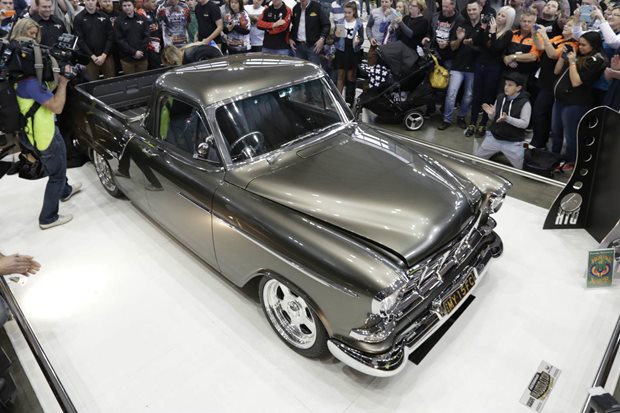 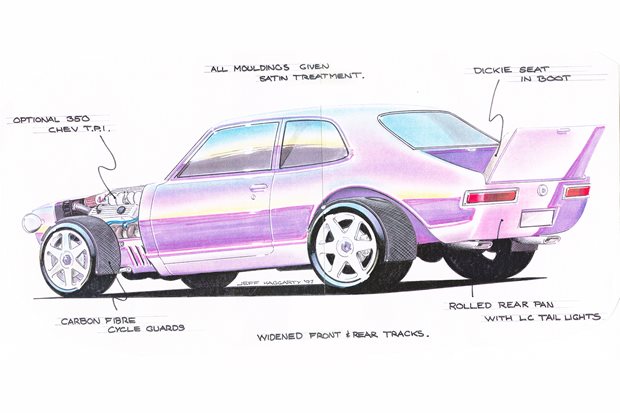 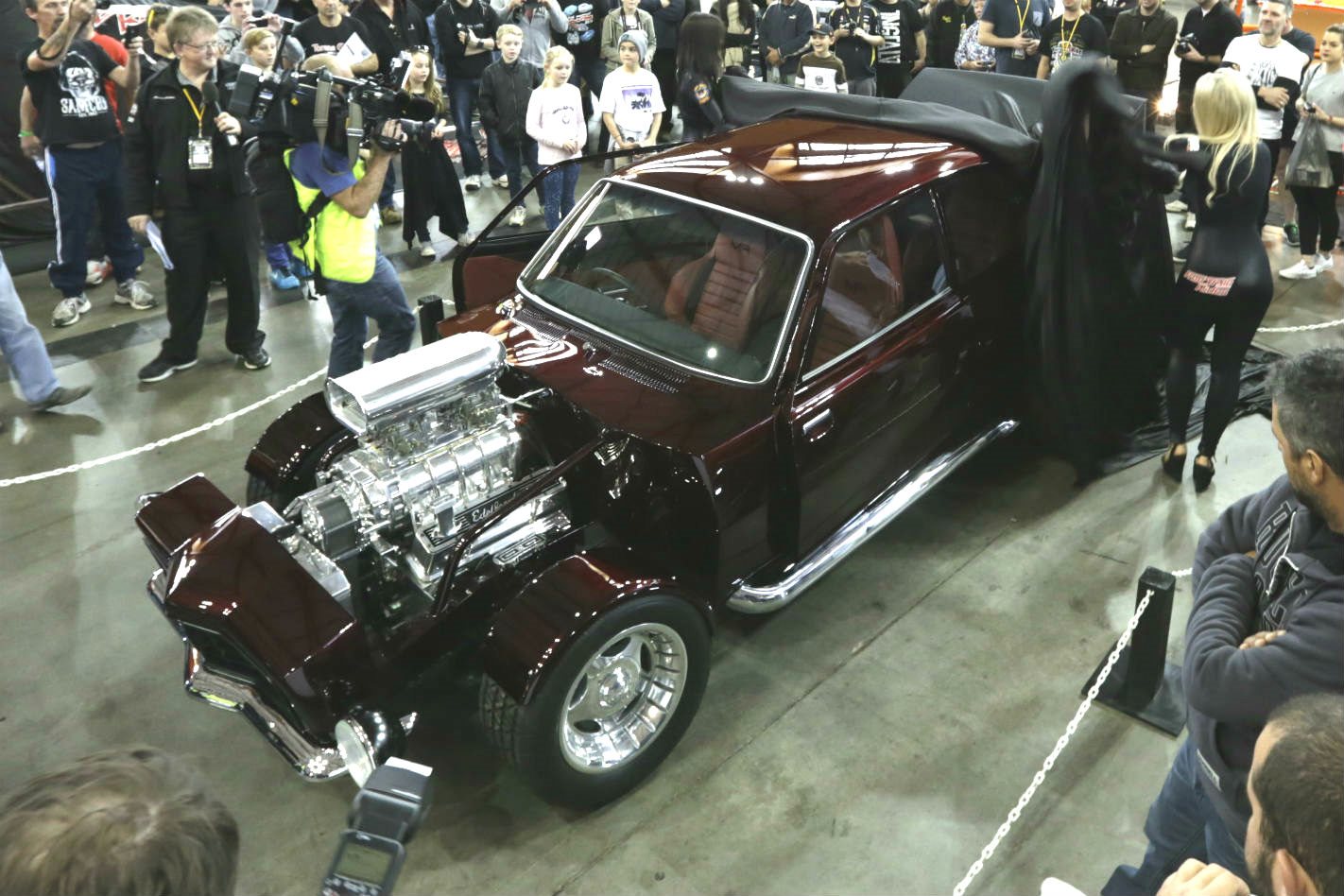 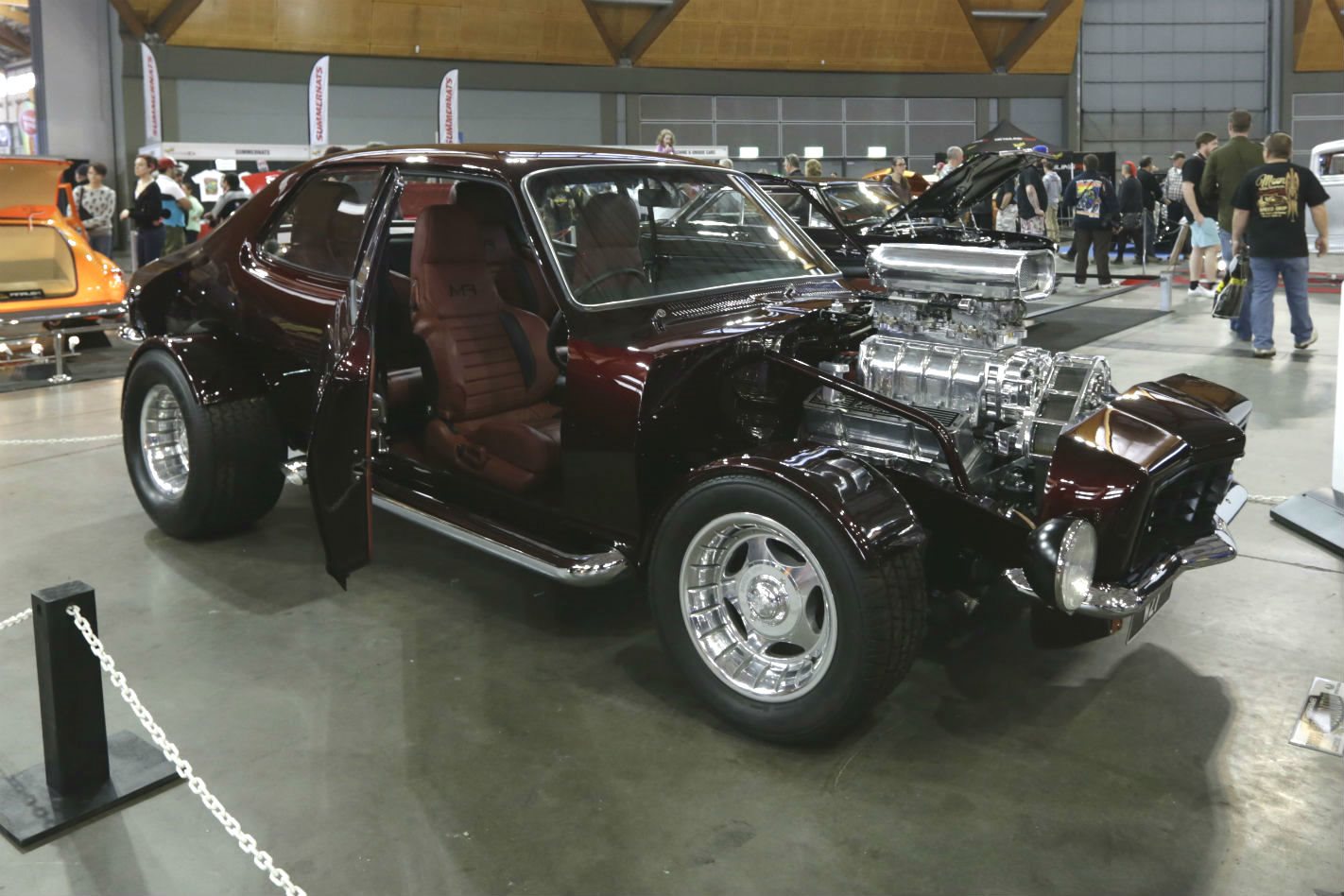 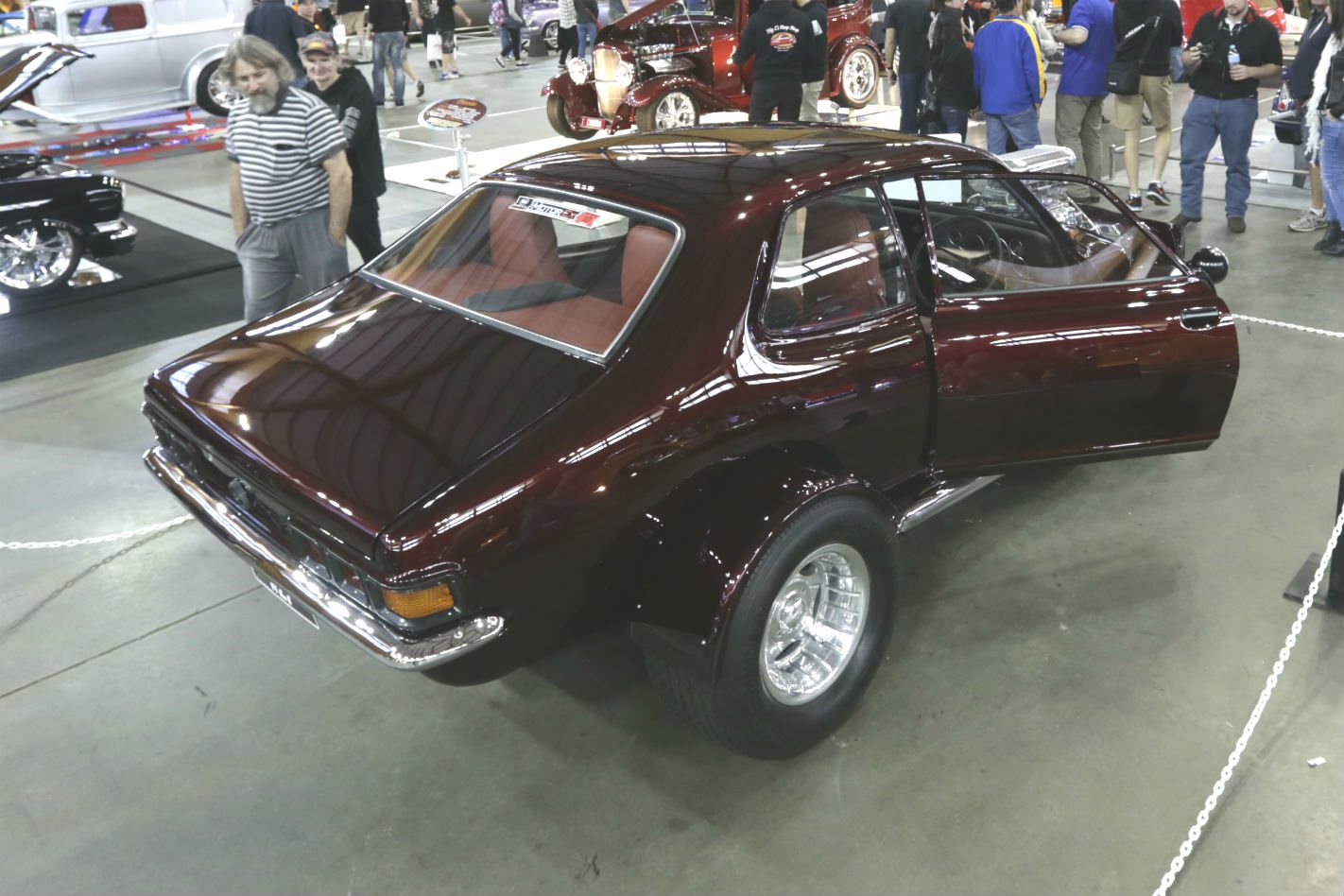 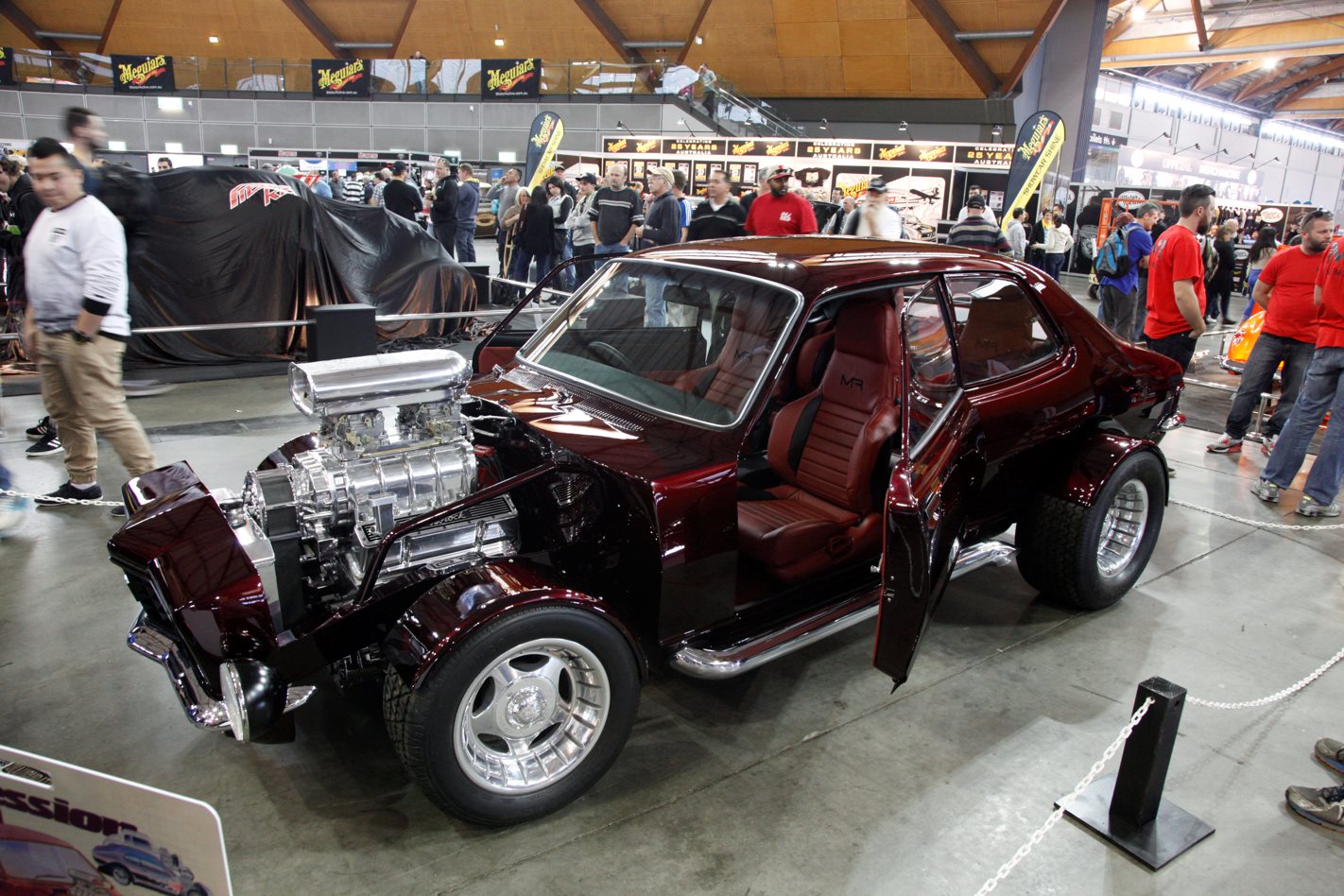 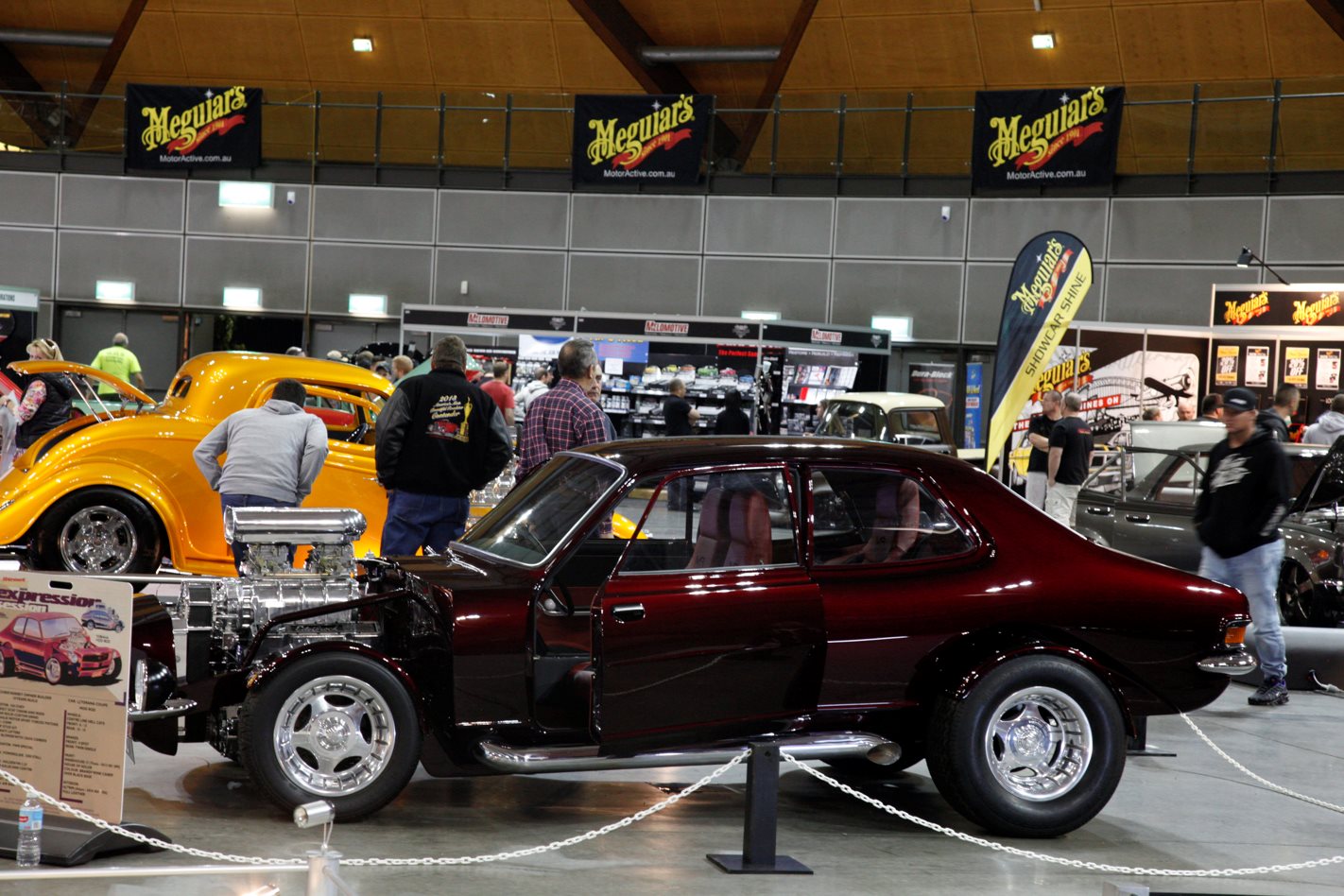