Despite its diminutive size and humble power outputs, the retro-styled new Suzuki Jimny has all the right 4x4 ingredients to be geared up into something a little more adventurous.

Recently, students at Japan’s Nihon Automobile College gave the Jimny the one thing it lacked, stature, turning their example into a jacked-up overland 4x4 rig as part of a custom car showcase. 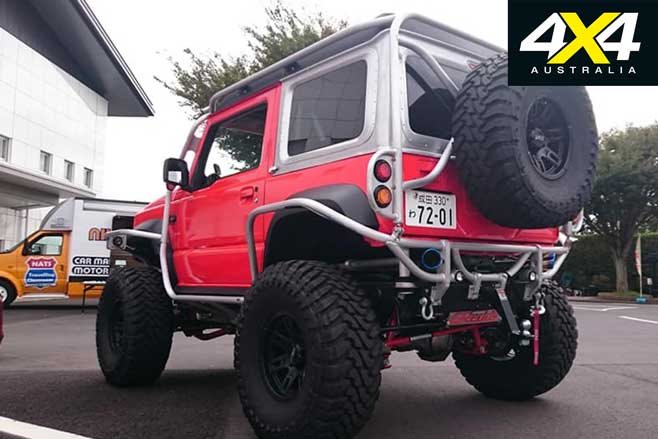 To suit its upsized dimensions and give it more adventure-ready protection, the Jimny’s stock front and rear bumpers have been removed. In its place, the Jimny is lined from roof to base with scrub bars.

Students also took the saw to the Jimny’s original wagon body and removed the rear bodywork aft of the B-pillars, instead replacing the rear shell with what appears to be a removable hard top, similar to the Jeep Wrangler’s removable hard top arrangement.

MORE: Will the new Jimny spawn a Stockman ute? 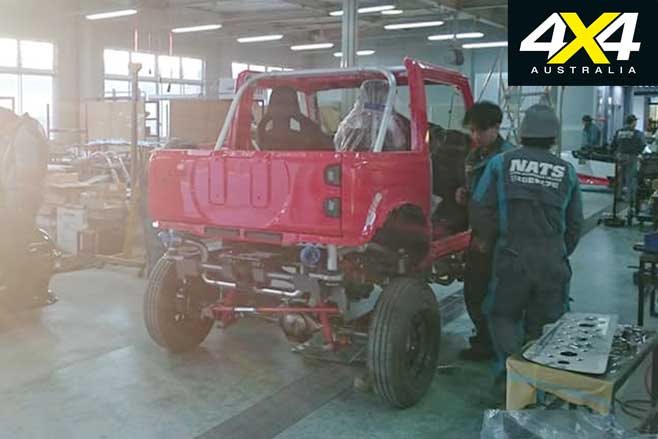 No further information is given in regards to the powertrain beneath the Jimny Adventure, though it is likely that the students left the Jimny’s original 75kW/130Nm 1.5-litre inline-four engine untouched. 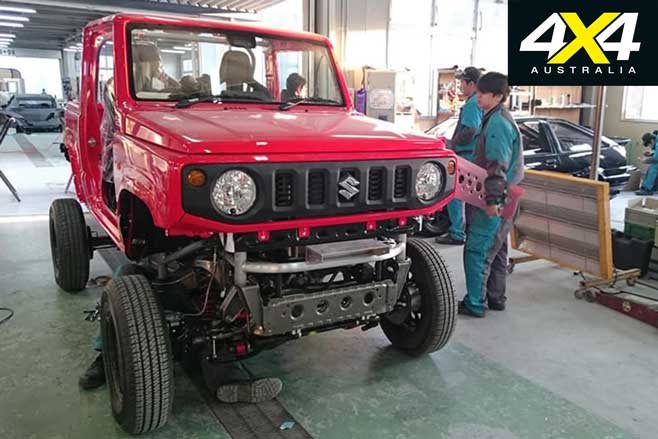 Though the Jimny Adventure is a one-off project, the Suzuki's little off-roader have become the darling of Japan’s aftermarket scene, with aftermarket bodykit manufacturers producing special kits to give the Jimny the appearance of a miniature G-Wagen or a classic Defender.