Weird and wonderful off-road gadgets at the 2019 CES in Vegas.

THE 2019 Consumer Electronics Show is wowing tech-heads the world over with its weird and wonderful gadgets, with some incredible technology unveiled.

Hell, a lamp that changes colour to suit your mood was revealed, Audi unveiled VR tech for the back seats of its vehicles, and there’s a toothbrush that does the job in 10 seconds.

CES 2019: The most relevant tech at CES that's coming

The off-road community hasn’t been forgotten either, with a bunch of cool and not-so-cool stuff surfacing over the past couple of days.

The Elevate, based on a modular electric vehicle platform, features robotic legs with five degrees of movement, as well as in-wheel propulsion, and it’s capable of climbing a five-foot vertical wall or stepping over a five-foot gap. It has the ability to walk in “mammalian and reptilian-style gaits” for omnidirectional motion. 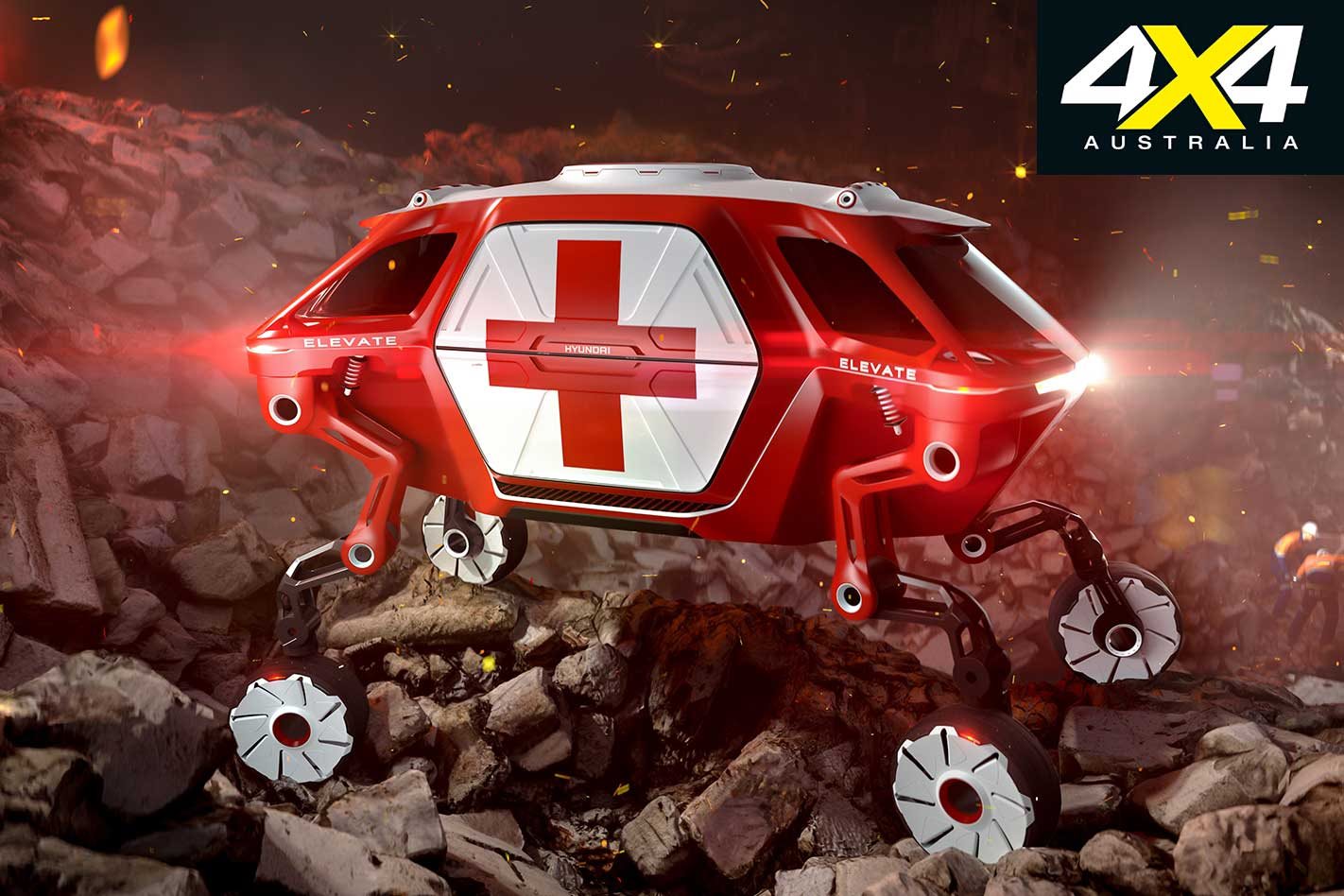 “When a tsunami or earthquake hits, current rescue vehicles can only deliver first responders to the edge of the debris field. They have to go the rest of the way by foot,” said John Suh, Hyundai vice president and head of Hyundai CRADLE. “Elevate can drive to the scene and climb right over flood debris or crumbled concrete.”

Designworks, a subsidiary of BMW, has joined forces with Northface to create a camper concept dubbed Futurelight. Expect to spend a small fortune if the concept ever enters production (not likely, especially in the near future), with the camper using Nanospinning tech to create the “most advanced, breathable, waterproof material” and a geodesic-dome frame made from carbon fibre. 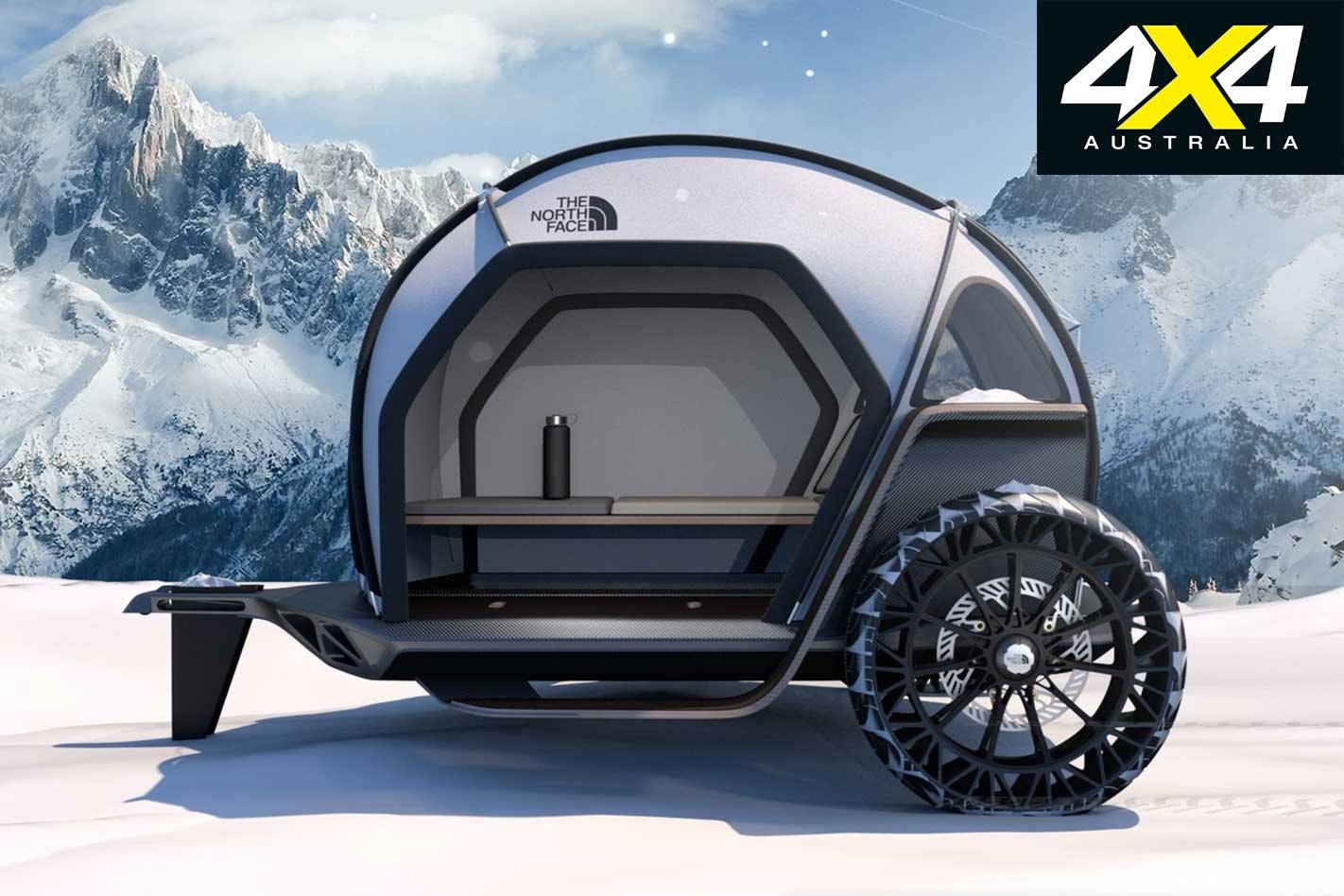 The final product turning heads at Vegas is a variation on a technology we’ve seen before; in particular, Land Rover’s invisible bonnet. The Valeo XtraVue Trailer system utilises images captured from cameras attached to the rear of both the vehicle and the caravan/trailer and then combines the footage to make the trailer ‘invisible’ on an in-cabin screen. This way, the grey nomad brigade can see what’s trailing behind them. 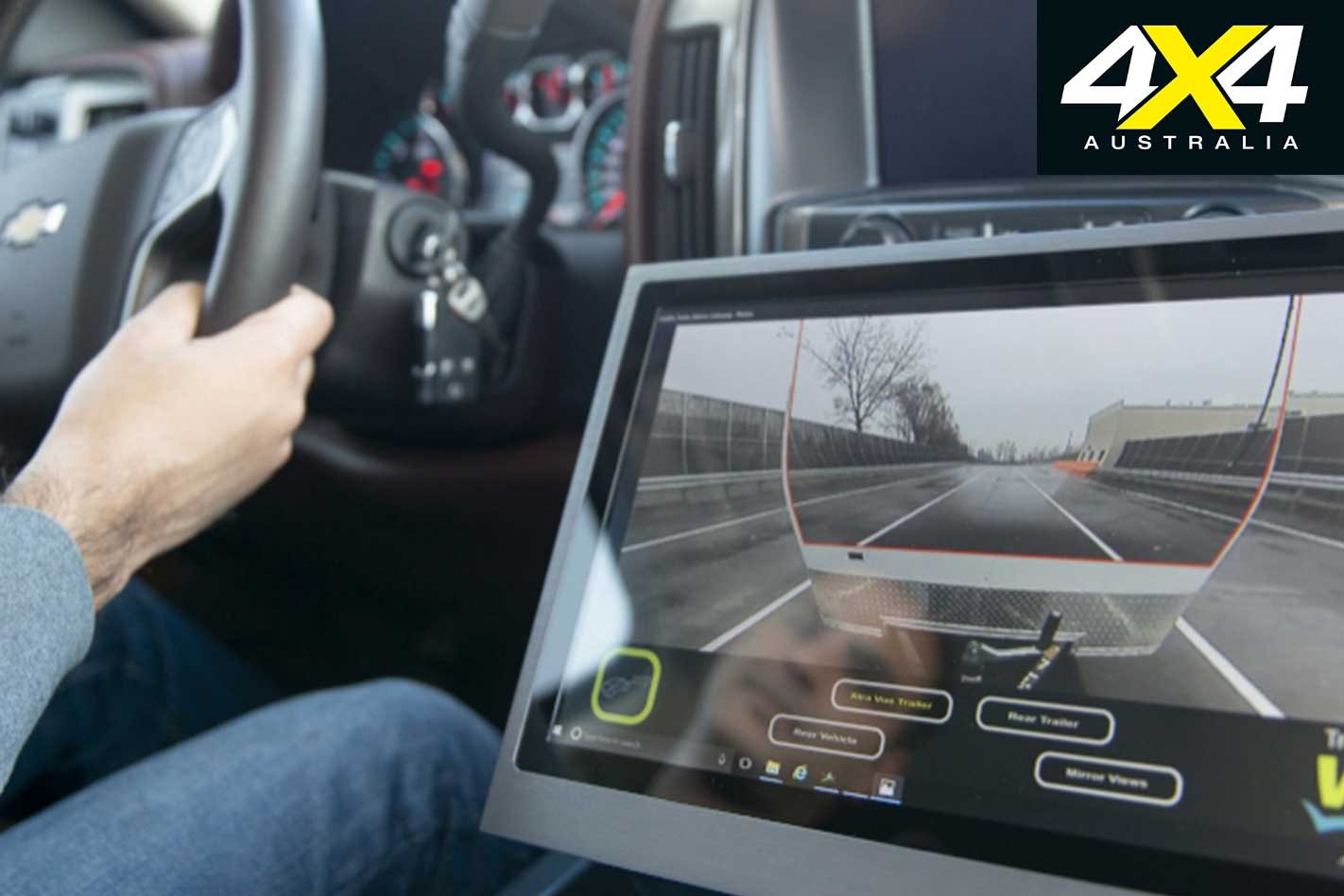 The Consumer Electronics Show is held in Las Vegas, USA.