WHEN Pat Fay passed away in late 2013, he left a void in the Aussie custom car scene. For generations of car nuts, the reassuring sight of Pat’s caravan at Street Machine Summernats – plying his spare parts wares – was a constant. Pat Fay Spares was an innovative business that helped pave the way for the industry that was to come, but Pat remains most famous for his Humpy Mekka FJ Holden van. Bought from a funeral director for $450, the FJ became one of the most famous panel vans of all time and – as Chic Henry says – helped bridge the gap between the early-Holden and nascent street machine scenes. The FJ evolved from a typical early-70s custom into a full-blown show van that went on to claim something in the order of 1500 trophies! The car’s most memorable feature was the Frank Lee murals, depicting scenes of vampires inspired by the Hammer films. Pat constantly updated the car over the years to stay ahead of the game, and at the time of his passing, the van was in the care of renowned car builder Rowan Wilson for some extensive work. And there it has stayed, hidden from public view – until now. 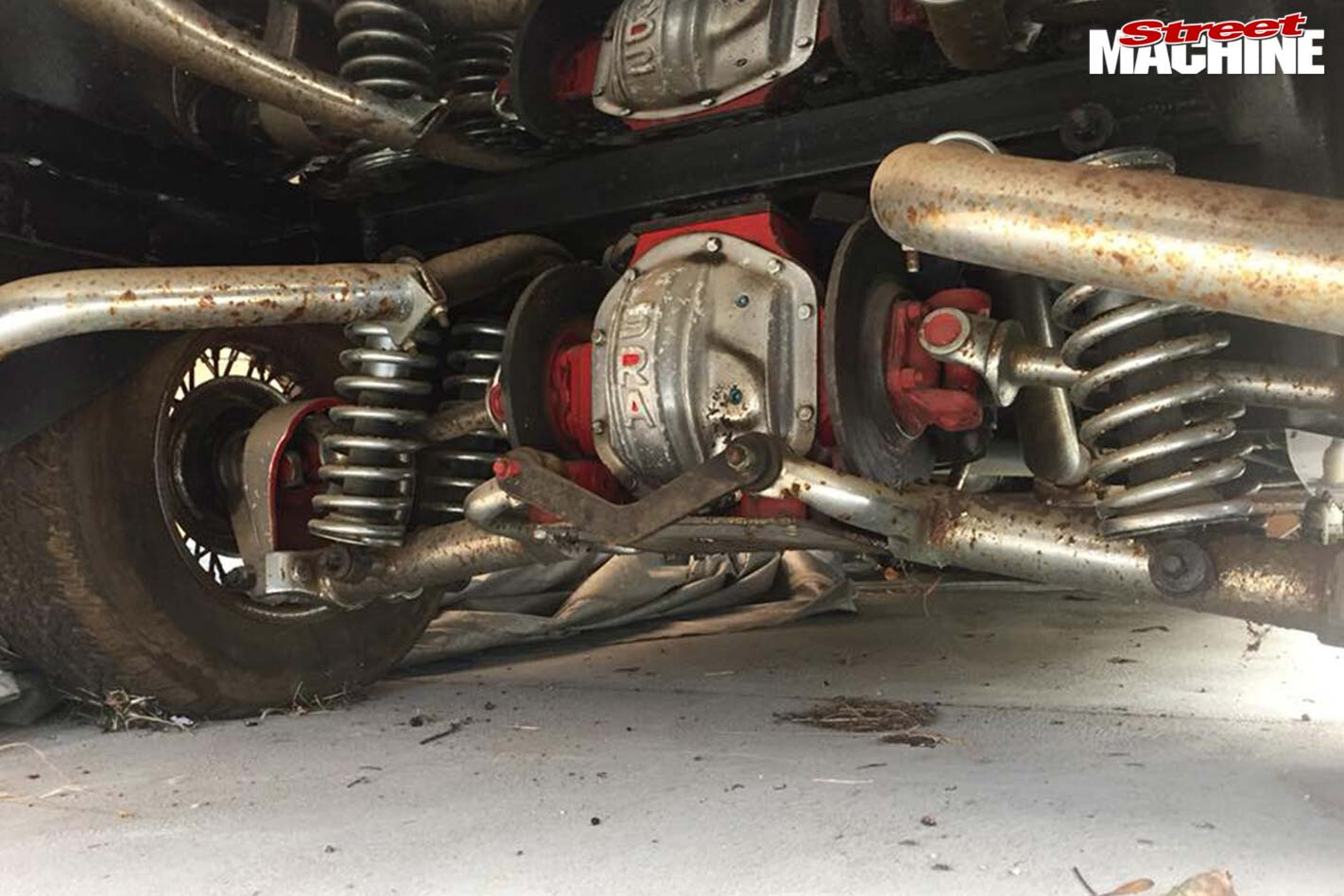 Summernats legend Peter Fitzpatrick was good mates with Pat and has been pondering the fate of the FJ for a long time. “It is an icon of our scene and it needs to be rescued,” he says. Peter approached Pat’s widow Carol and offered to spearhead a campaign to restore the FJ back to its former glory. Ownership will remain with Carol and the intention is to take the car to Street Machine Summernats, MotorEx and other shows, before offering it for display to museums. Like any work of art, the question of how far to go with the restoration is a thorny one. The original paint was misted over with purple at some stage during the car’s evolution, the extensive chromework has decayed and murals from the firewall forward are gone. “We’ve had a lot of people stick their hands up to help already, including the Canberra Institute of Technology and Wayne Harrison,” Peter says. “Wayne basically learned his craft from Frank Lee and is confident he can do the old master justice.”

As the van was constantly updated during its show career, the team have a few choices of which way to go with various aspects of the car. "I'd like to go with a fuel injection setup like the one that the FJ used to run," says Fitzy. "I reckon we should also put the Torana tailights in it, restore the wire wheels and put the Simca grill back in it. The interior should actually scrub up pretty well - the hoodlining for example is still in great condition."