The rear-wheel-drive rally machine succeeds the 2016 Dakar-winning 2008 DKR, which was steered to victory in January this year by the uber-talented Stephane Peterhansel and co-driver Jean-Paul Cottret.

The updated rally raider, based on the road-going Peugeot 3008, has the 2017 Dakar Rally firmly in its sights, with Peugeot Total working tirelessly over the past eight months to get it ready for a tilt at the prestigious title for the second year running. “The new 3008 symbolises the next step,” team director Bruno Famin said. “Our goal with this car was to take the weaker points of the existing car and make them stronger, while capitalising on all the existing strengths to improve them still further. There are also some new regulations, which we obviously needed to comply with.”

Intensive work at the company’s Velizy facilities in France has seen improvements made to the 3008 DKR’s mechanical strength and engine management. Tweaks to the latter mean the 3.0-litre V6 twin-turbo diesel engine now delivers greater torque at lower revs. 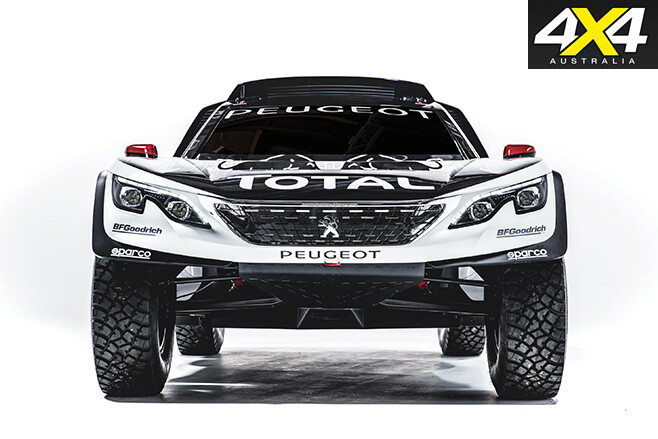 In trying to maximise engine performance, engineers also had to deal with stricter Dakar regulations – a smaller restrictor on engines (down 1mm to 38mm), which reduces a vehicle’s horsepower – for next year. Peugeot Sport overcame this by making the power accessible from further down the rev range.

The suspension set-up of the 2008 DKR was already first-class, yet engineers have spent time refining the geometry and dampers of the 3008 DKR. “Our new Dakar car is the most extreme expression of Peugeot’s latest SUV,” added Sébastien Criquet, Peugeot’s senior exterior designer. “It keeps the distinctive design language of the road car, but transports it into a rally context. And that’s the dream job for any designer; when you create a car, you always have a competition version at the back of your mind.” 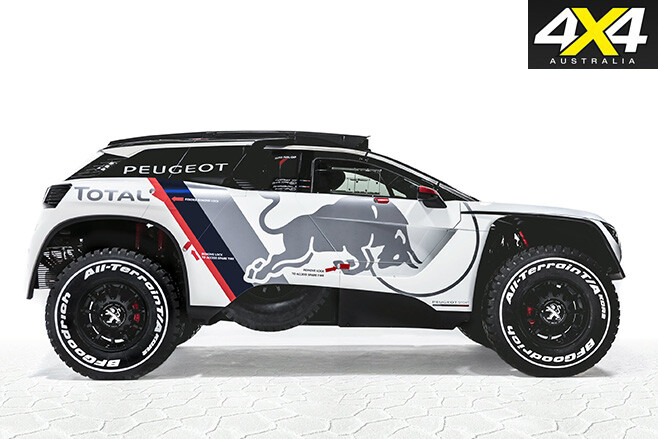 The all-new 3008 DKR will be officially unveiled at the 2016 Paris Motor Show, which kicks off on October 1.