THE humble Mazda MX-5 or Miata is hardly the sort of thing you’ll normally see in Street Machine,  but don’t tune out just yet!

When we decided to build something crazy for RedCentreNATS in Alice Springs for our Carnage video series, the image of a tiny little car stuffed full of twin-turbo LS1 V8 grabbed our imaginations and would let go.

One of the main attractions of Red CentreNATS, held in Alice Springs 1-3 September, is that the local officials will give you a permit to drive just about anything on the street. So we wanted to build something so mental that it couldn’t be street-driven anywhere else – and this thing is going to be nuts. We’re talking close to 1000hp and a fighting weight of 1000kg!

There is just three weeks until the Red CentreNATS, and the list of things still to do on our MX-5 is longer than the things we’ve done. But the turning point is near, and with most of the heavy lifting already done by the crew at All Race Fabrications, we’re on track to have our twin-turbo LS1-powered beast cruising the streets of Alice Springs from 1 September. 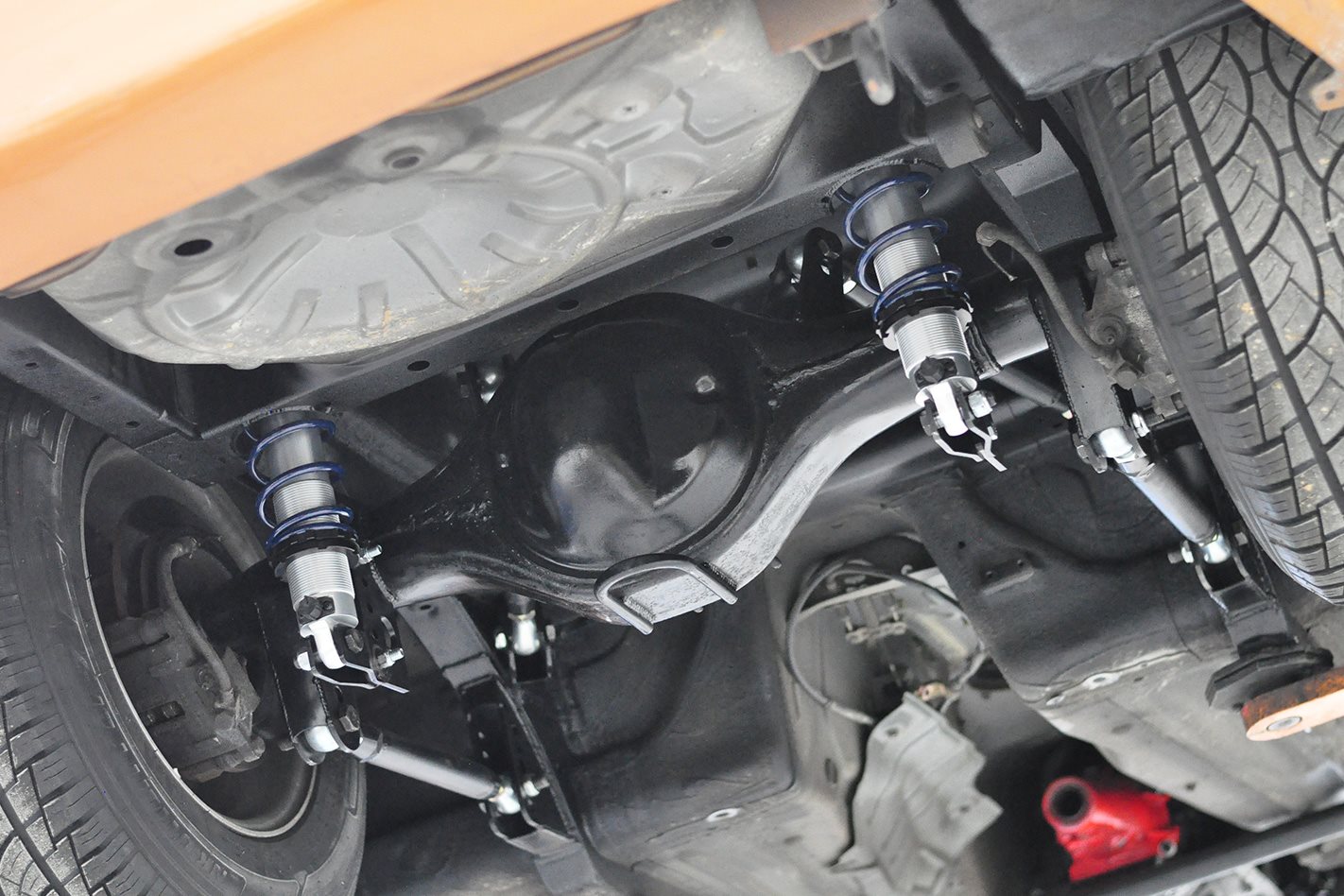 Obviously we weren’t just going to drop 1000hp into a standard MX-5 shell, so Bubba Medlyn and his crew at All Race Fabrications had some work to do, including fitting wheel tubs, adding additional chassis rails, fitting a custom four-link set-up with a 31-spline nine-inch and mounting our LS1 and Powerglide combo.

The original plan was to also fit a basic rollbar, but after we sat down and thought about it, we decided that a full chrome-moly ’cage was a much better idea! 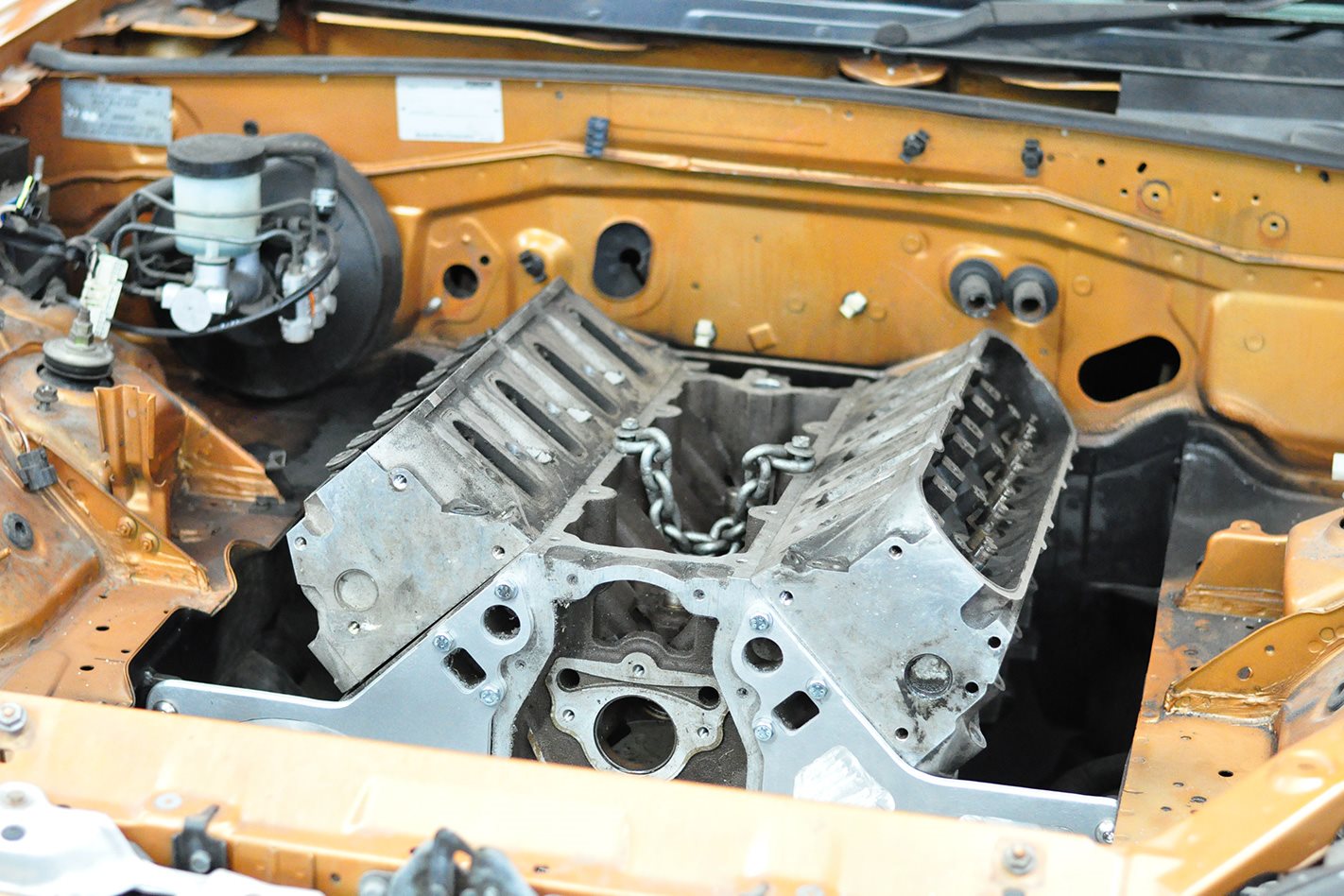 The LS1 is being built by Powerhouse Engines and it’s packing a bunch of cool parts like CP pistons, K1 rods, Cometic gaskets, Ferrea valves and a beautiful billet Plazmaman intake.

Boost will be supplied by a pair of custom GT35 huffers from GCG Turbos, while the pipework and tuning will be done by the guys at MPW Performance. LS Xtreme will handle the conversion wiring. 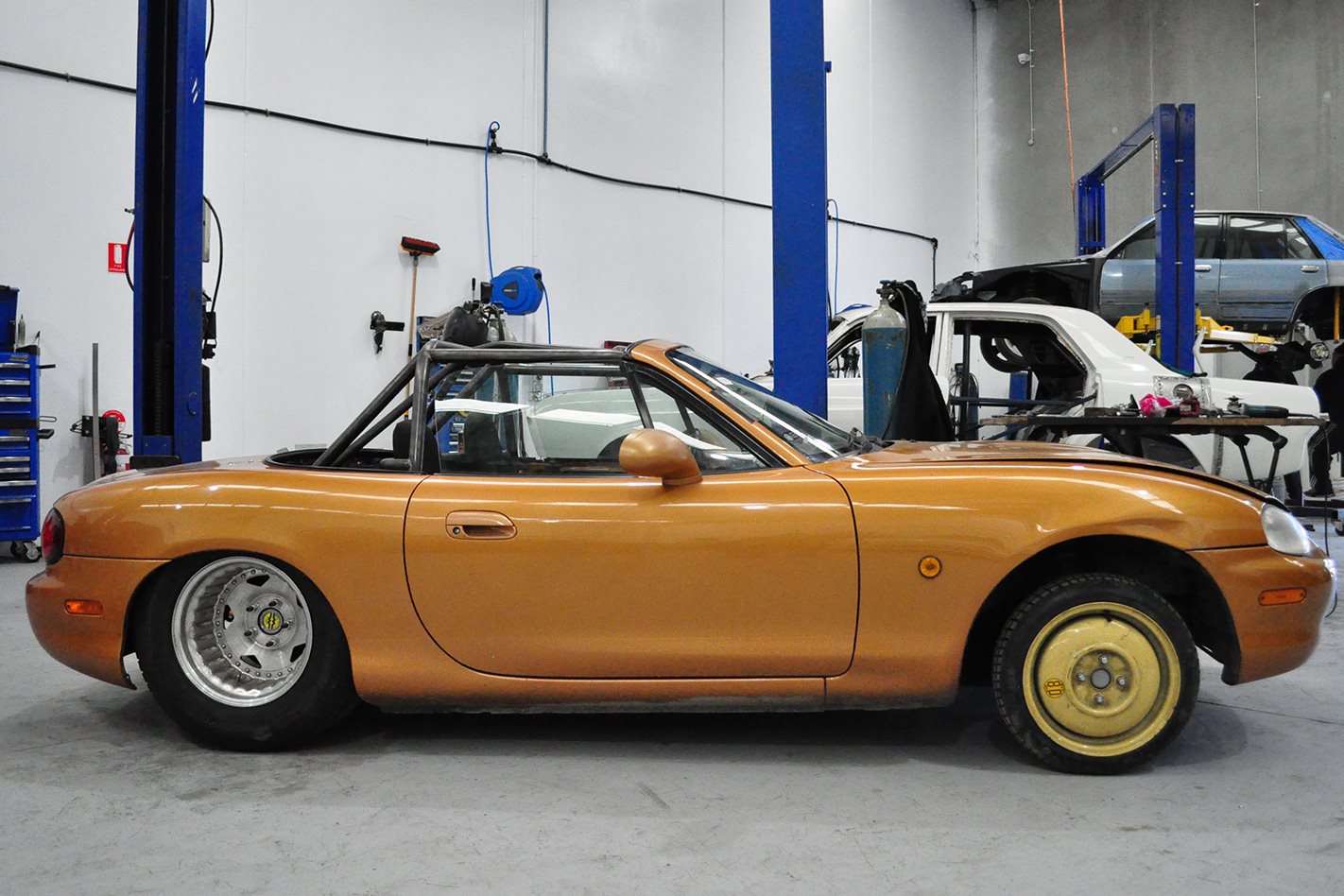 The transmission is going to be a full-house Powerglide built by Allfast Converters in WA, and they’re doing the converter as well. With oils and fluids from Valvoline, filters by Ryco, wastegates and blow-off valves from Turbosmart and a whole fuel system full of gear from Raceworks, our Project MX5.7 is going to be a potent weapon.

It’ll fry tyres with ease and fly down the quarter, delivering a massive smile to whoever is along for the ride. We’ll have episode two of the MX5.7 out towards the end of the month, so stay tuned! 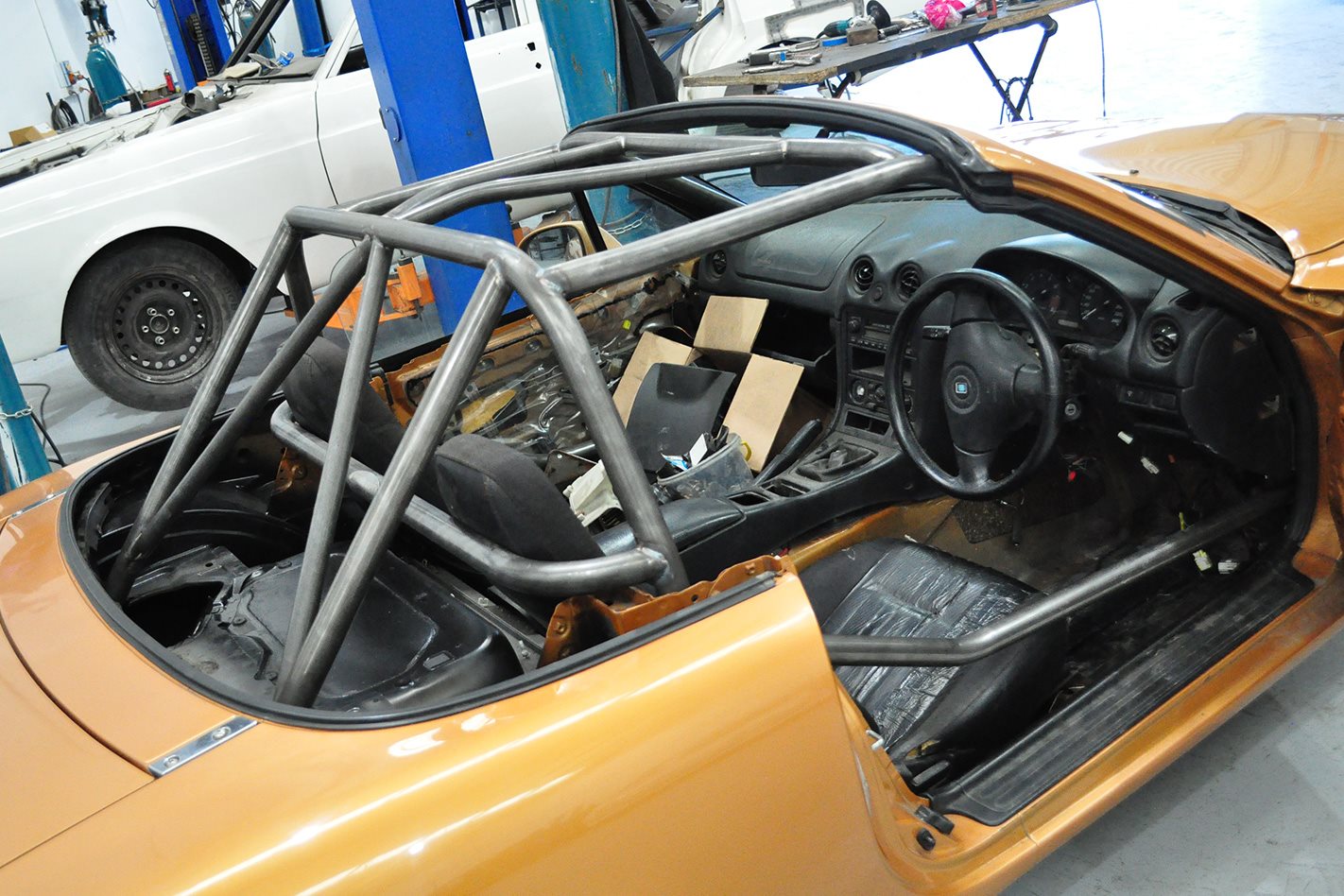 Here’s how the MX-5 looked when it left All Race Fabrications three weeks before Red CentreNATS. The ’cage, tubs, four-link and dummy engine/trans have been fitted, but there’s a whole lot more that needs to be done before we head to Alice Springs. 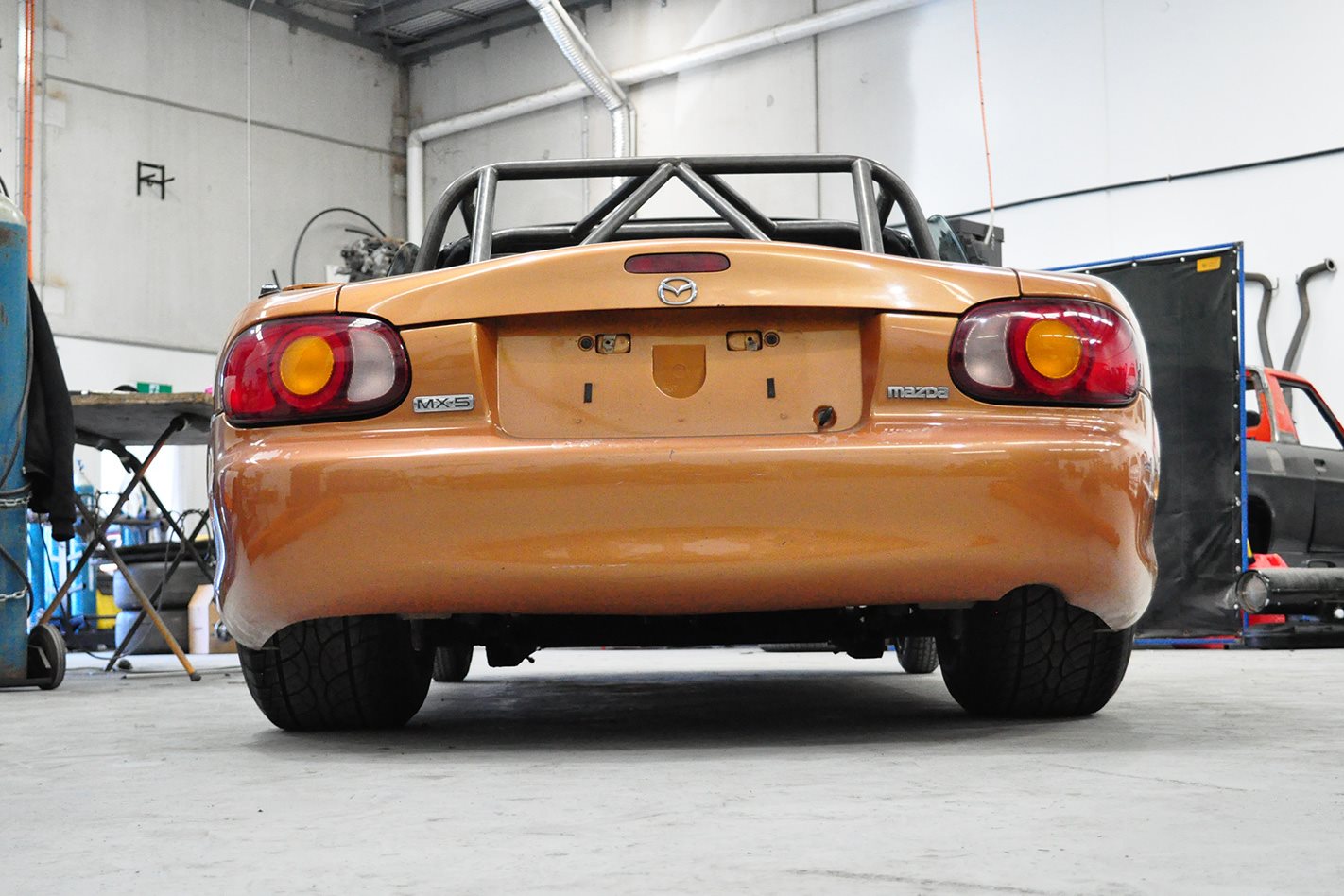 Originally we were going to go for a basic hoop arrangement for the rollcage, but in the interest of safety we elected to spring for the full chrome-moly jungle gym. It makes the job of getting in and out of the MX-5 a whole lot of fun