Goliath of a Ford Ranger has won the 2020 Custom 4x4 of the Year award.

Beating 11 worthy combatants to the coveted crown, the winning SAS’d Ranger boasts plenty of meticulous modifications including a chassis stretch and revised suspension - it’s hardly surprising then that voters lapped up the Ranger and threw the most votes its way.

The brainchild of owners Claire and Sean, the mighty Ranger build is decked head to toe in quality kit including a colour-coded Rocker bar from MCC4X4, a smorgasbord of ARB LED lighting, two Warn Zeon winches, a Rhino-Rack, a five-inch-diameter Meredith Metal Works snorkel sending air through a Meredith Metal Works airbox, a Plazmaman intercooler, and a three-inch DPF back stainless-steel exhaust. 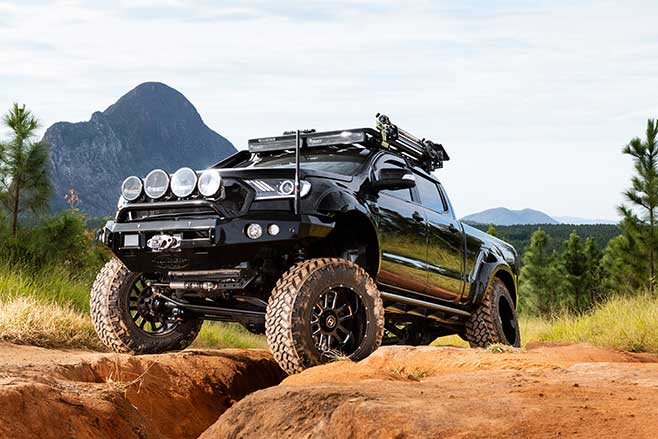 Those who voted for their favourite custom 4x4 for 2020 were placed into a draw to win a Maxxis Tyres voucher valued at up to $2000, and the lucky winner of the random draw was Jeffrey Millen from South Australia. Congratulations and thanks to everyone who voted.

Keep your eyes peeled throughout 2021 as we dissect and display a new bunch of modified metal. The 2021 Custom 4X4 of the Year award will be back bigger and better than ever.