ON CHRISTMAS day 2013 Aaron Bray surprised his partner Samira Sayed with the ultimate gift – an FB wagon sporting a humungous red bow. They took it out for a quick blat, before discussing the next step.

“We talked about whether to restore it or make it cool,” Aaron says. They soon decided a two-door conversion was in order.

“First I cut the rear doors, removed the B-pillar and moved the C-pillar forward, keeping the factory angle,” Aaron says. The front doors were lengthened using the rearward amputations, with the brightwork meticulously re-shaped to suit. Next was the Chevy Nomad-like roof. The rear section was detached then carefully fed through mate Shane’s bead roller, adding both strength and cool factor.

Up front, Aaron widened the mouth then moved the parkers and indicators out and further forward. The grille was been extended to suit, and then crisply aligned with the introduced American ’55 Ford stainless. Higher up he peaked the headlights while maintaining the factory bling.

The passenger side has been sharpened by the relocation of the fuel filler to the car’s rear-centre. “I really hated the look of the side filler,” Samira says. “It’s just ugly.” The tank is now a bigger Ford XB unit. Staying at the back, Aaron hand-fabbed bespoke fins over the tail-lights.

In a mere six months, Aaron managed to extensively modify an Australian beauty – all while working full-time – and his warp-speed work means Samira will be cruising her FB to Chopped this weekend. “While we mutually agreed on all of the mods, a lot of the ideas are Aaron’s. Though he’s needed my approval on everything,” Samira smiles. Yet there’s one area that’s all Samira – the sweet two-tone cream/Holden Pyramid Coral colour scheme. 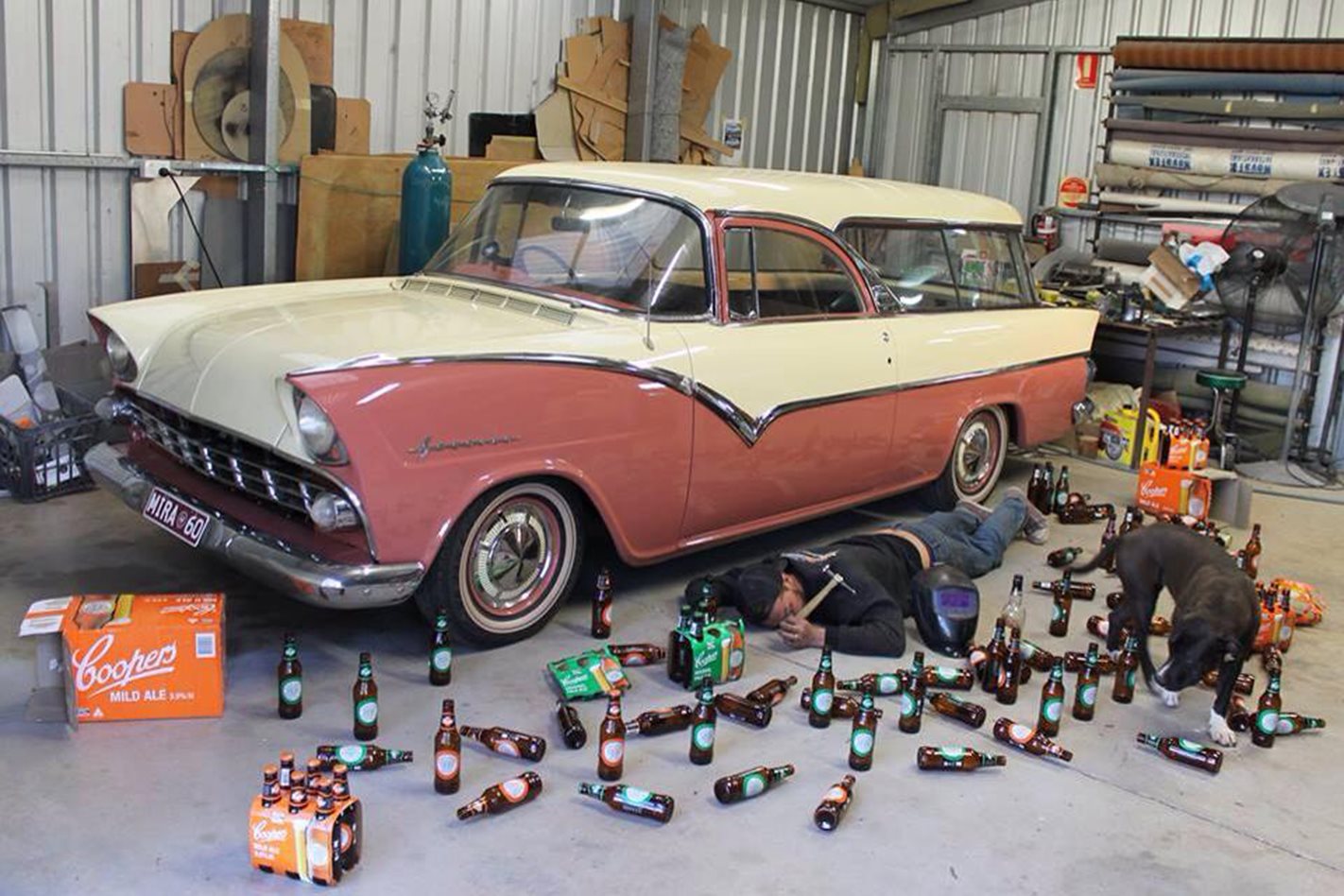 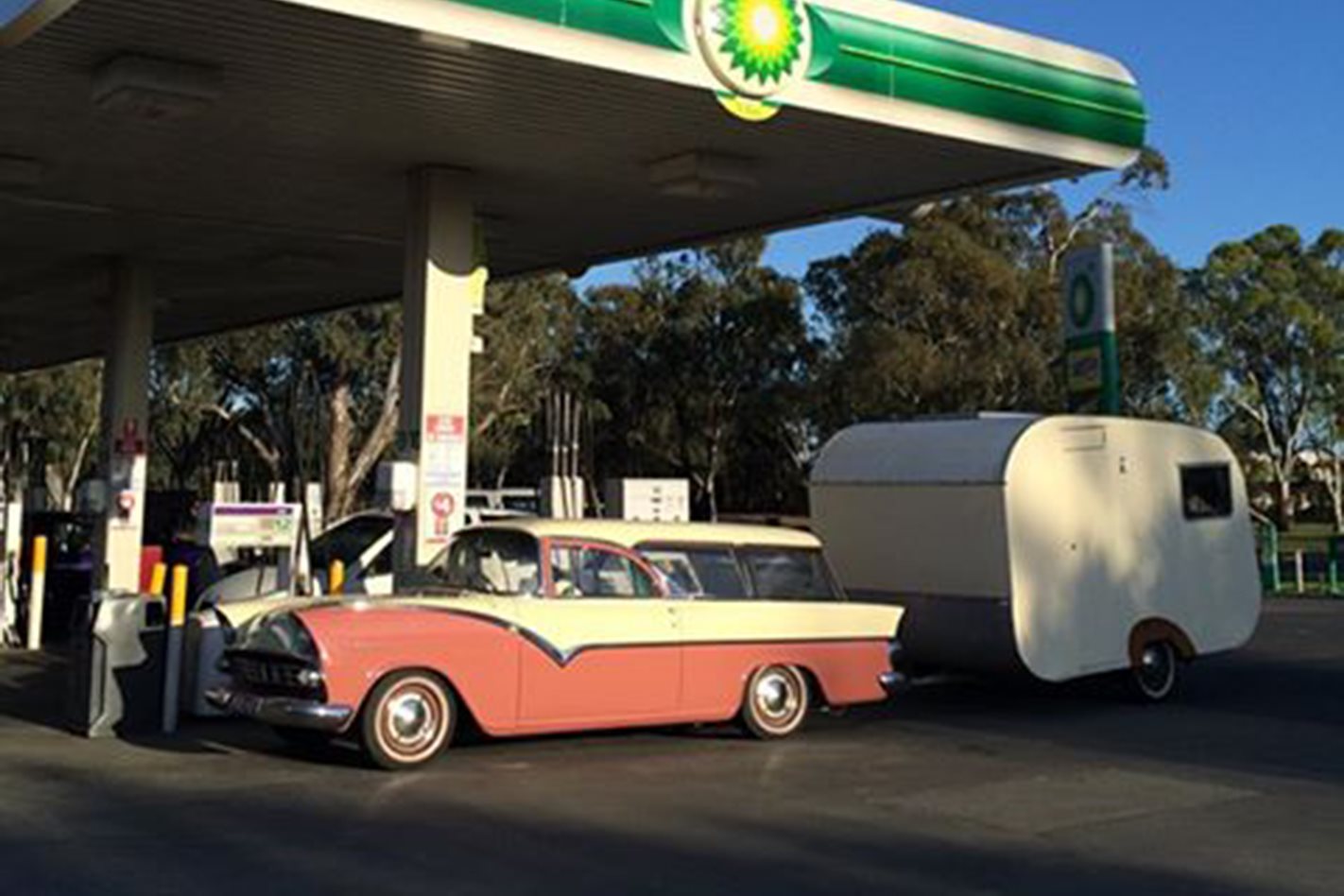 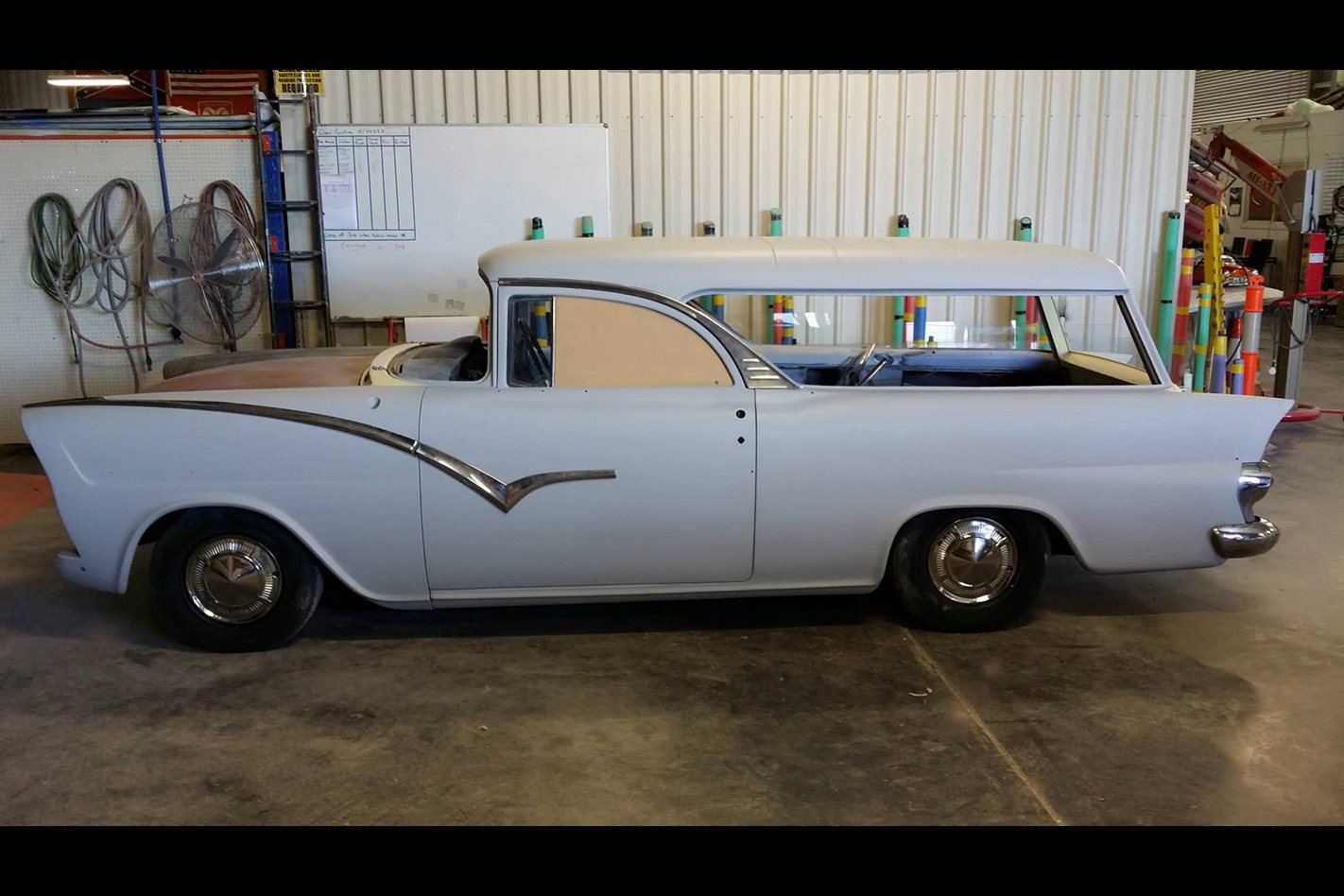 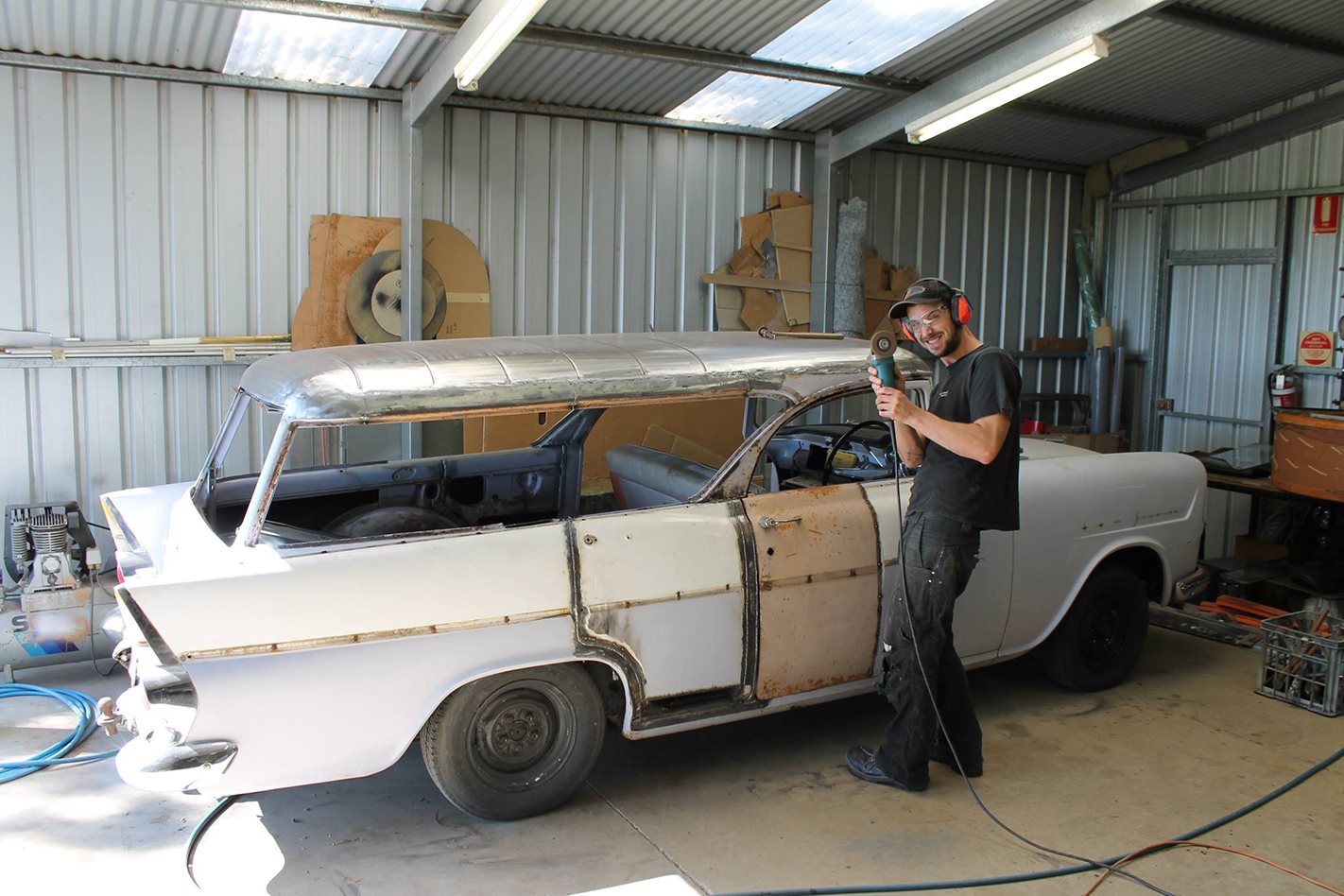 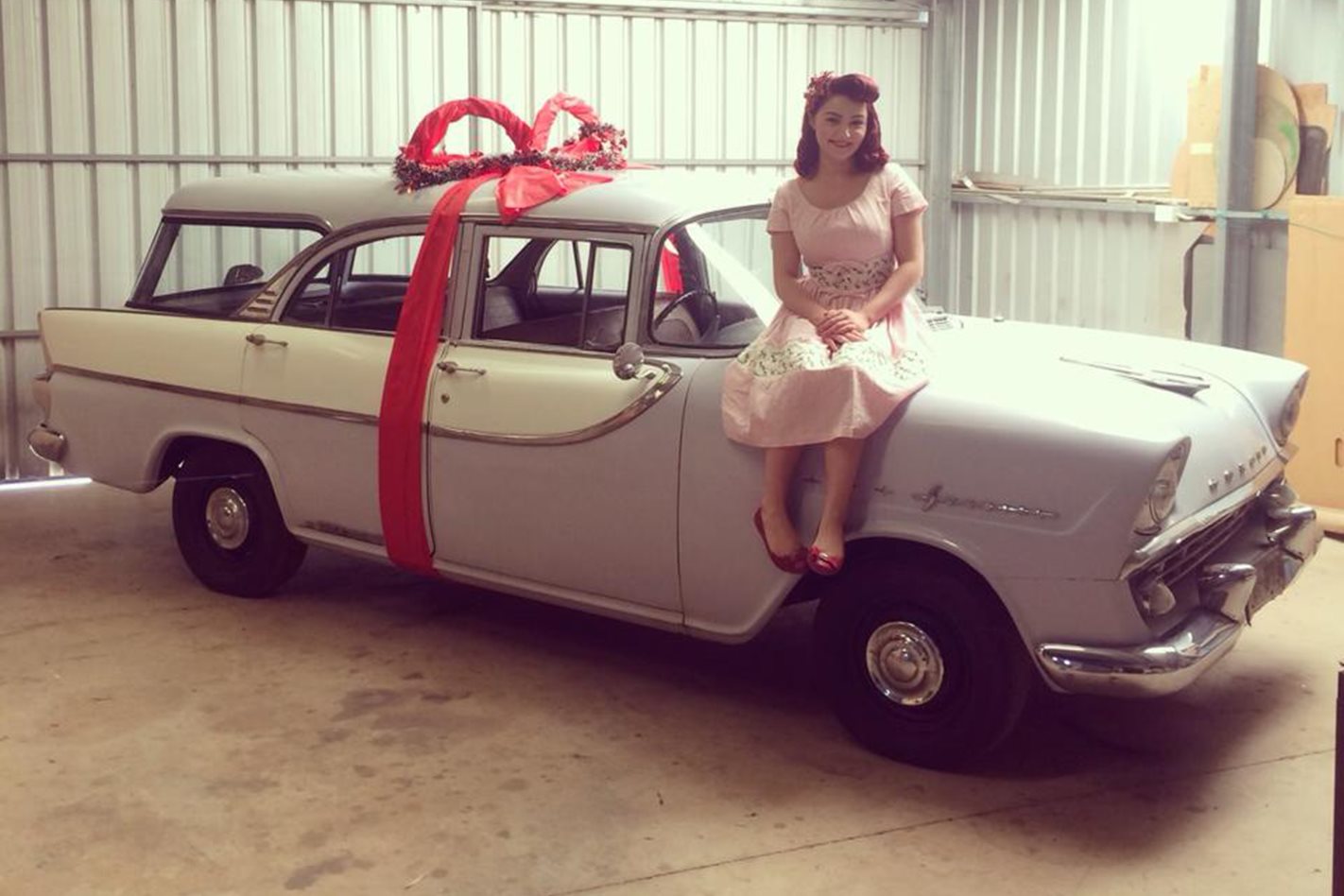 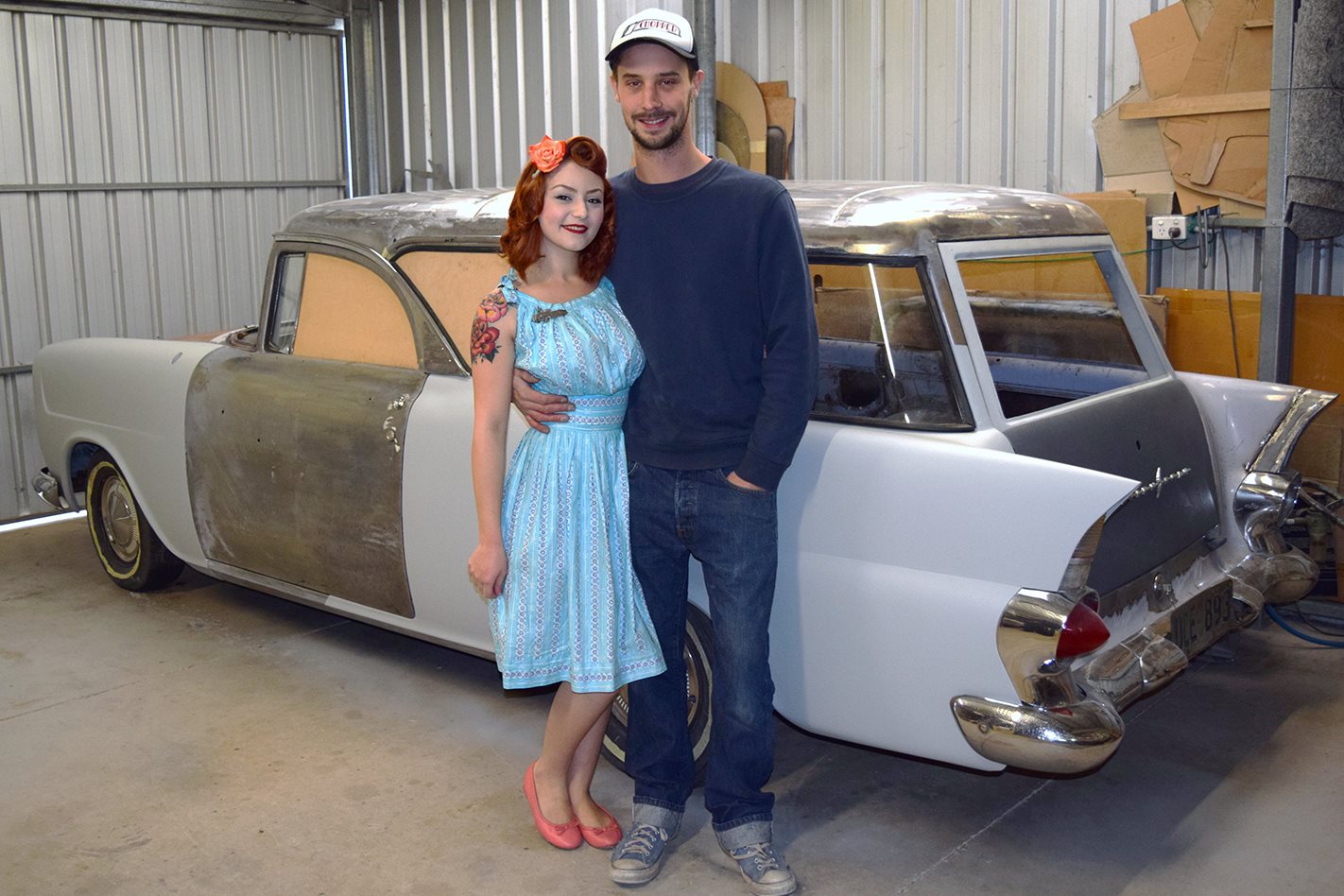 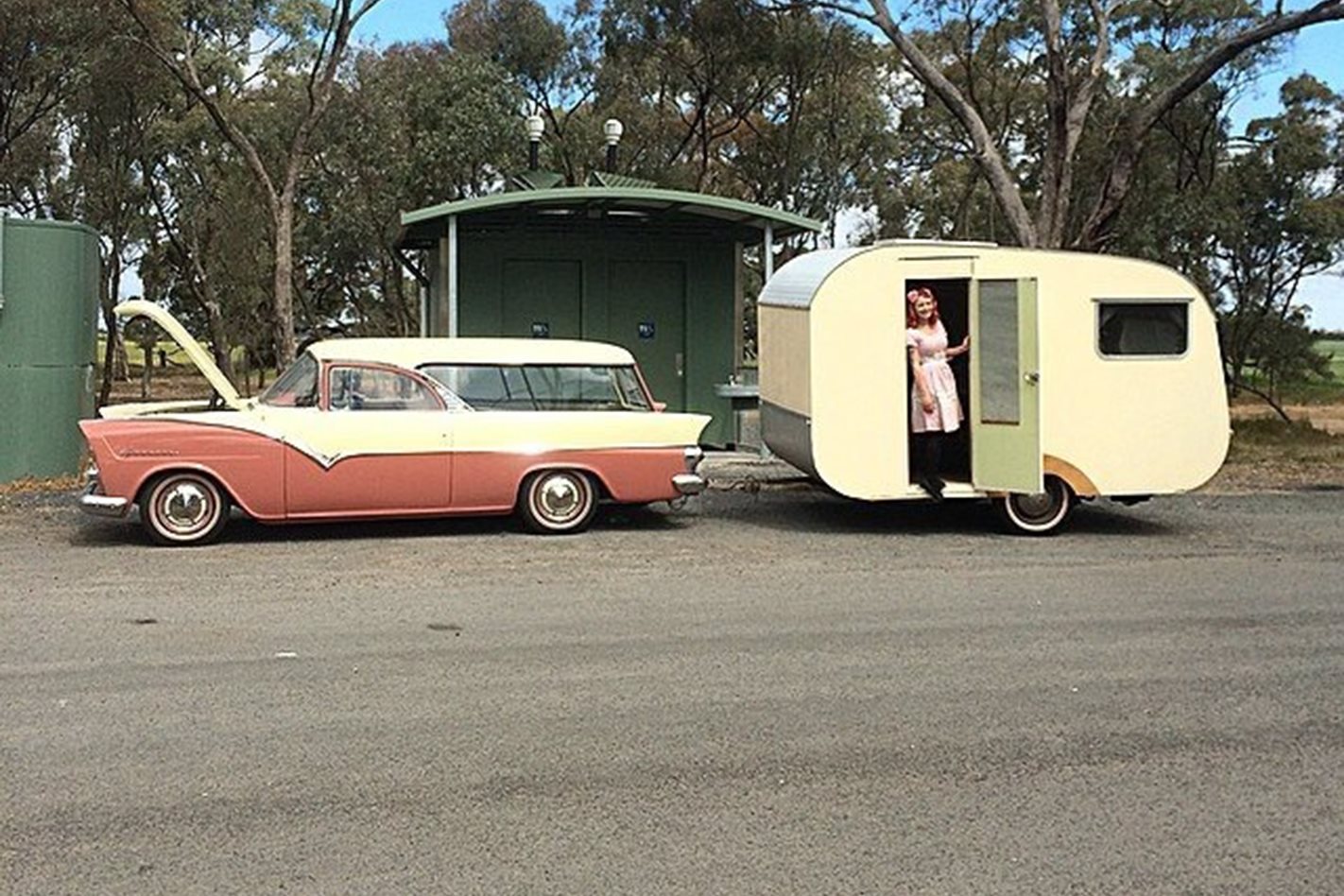