NISSAN will showcase its PAWS ONE Titan at the 2018 SEMA Show in Las Vegas, USA.

The Titan XD Gas PRO-4X rescue pick-up was built in collaboration with Animal Rescue Rigs (ARR), a new not-for-profit organisation that provides support for animals during and after natural disasters.

The vehicle, which will be known as PAWS TWO when officially deployed in 2019, will be built to handle the erratic behaviour of displaced animals. To this end, the rig will feature axes, shovels, water filtrations, animal harnesses and containment units.

A six-inch Rough Country lift hikes the vehicle skyward to improve its water-crossing abilities, while a military-grade Zodiac raft on top will take rescuers to out-of-reach pooches.

“This year – one of the worst storm seasons on record – we have witnessed devastation from coast-to-coast, and we saw an opportunity to help,” said Nik Miles, chairman of the board of Animal Rescue Rigs.

“We began with the formation of the ARR 501(c)(3) charity and its mission to assist the animals (and people) left behind in a disaster. We then had discussions with automakers and Nissan stepped up immediately. We are honoured to join forces with Nissan and our other build partners to create the first dedicated animal rescue rig concept, PAWS ONE.”

Also teaming up for the collaboration process was Hard Notched Customs, a Washington-based outfitter known for its custom 4x4 kits.

“Hard Notched Customs is proud to partner with Animal Rescue Rigs on the PAWS ONE concept vehicle,” said Joel Cruise, co-owner of Hard Notched Customs. “It was a natural fit for us – from the strong foundation of the Titan to the strength of ARR charity, the vehicle demonstrates the type of challenges that our products are built to withstand. We have a unique design and manufacture process that enables our vehicles to excel in real-world conditions. It’s our hope that the PAWS ONE concept, once out in the field, can make a difference in the lives of the animals and communities it will serve.”

The PAWS ONE Titan will join the Ultimate Service Titan on the Nissan stand. You can read all about Nissan’s collaboration with the American Red Cross here: www.whichcar.com.au/news/nissan-titan-to-the-rescue 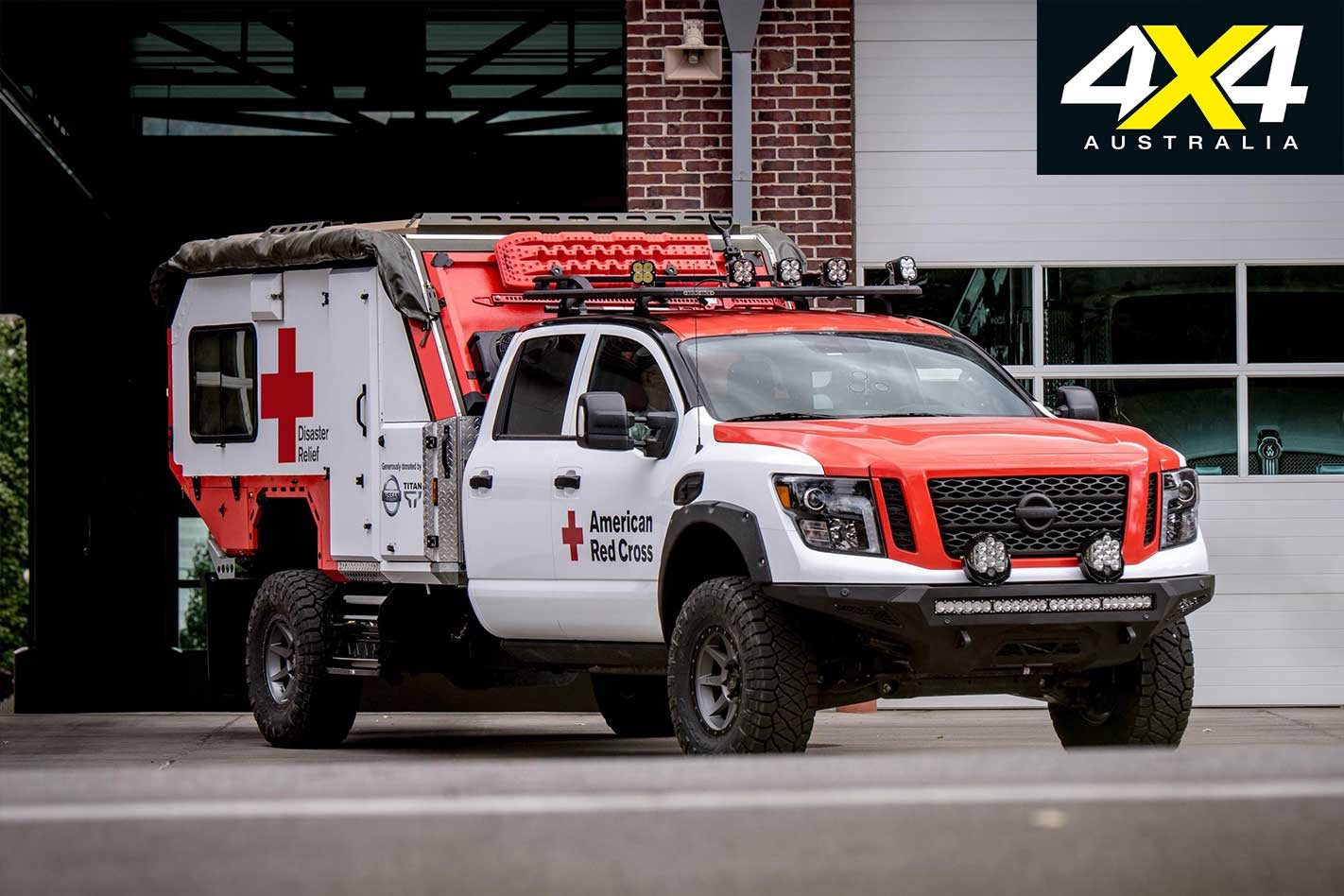 The 2018 SEMA Show runs from October 30 to November 2 in Vegas. The Nissan booth is located in the Performance Pavilion and Bronze Lot of the Las Vegas Convention Center.