THE April 2016 issue of Street Machine is on sale now! 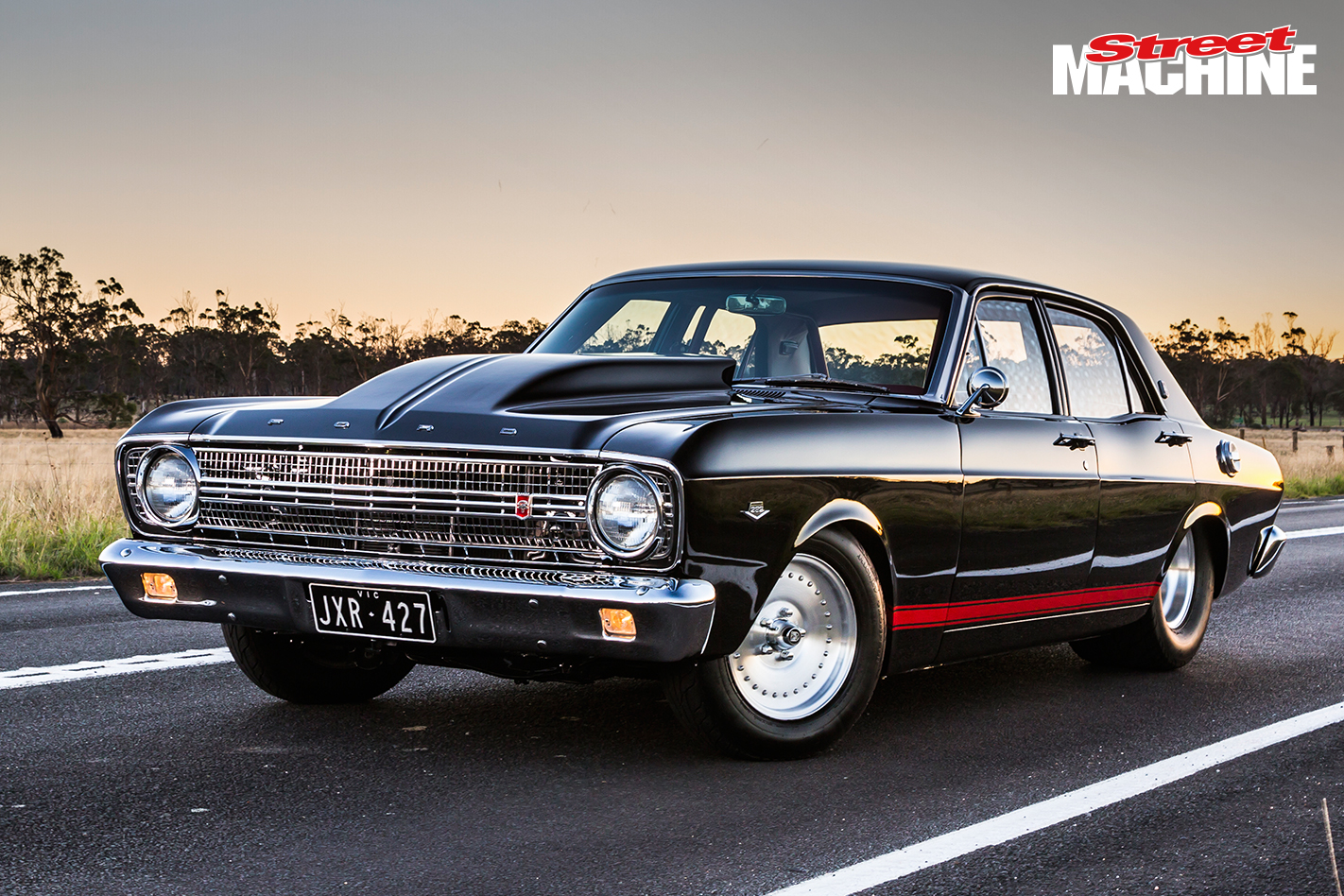 Rhys Christou’s stunning XR Ford Falcon is on the cover. Rhys is the son of burnout legend Chris Christou (famous for his tyre-shredding GTHO Phase III), and like they say, the apple never falls far from the tree. Rhys’s XR was originally intended to be a burnout beast, but it turned out so nice he’s now re-thinking his plans for the car. The Summernats show-stopper runs a 427-cube Windsor small-block good for 1000hp with the nitrous engaged. 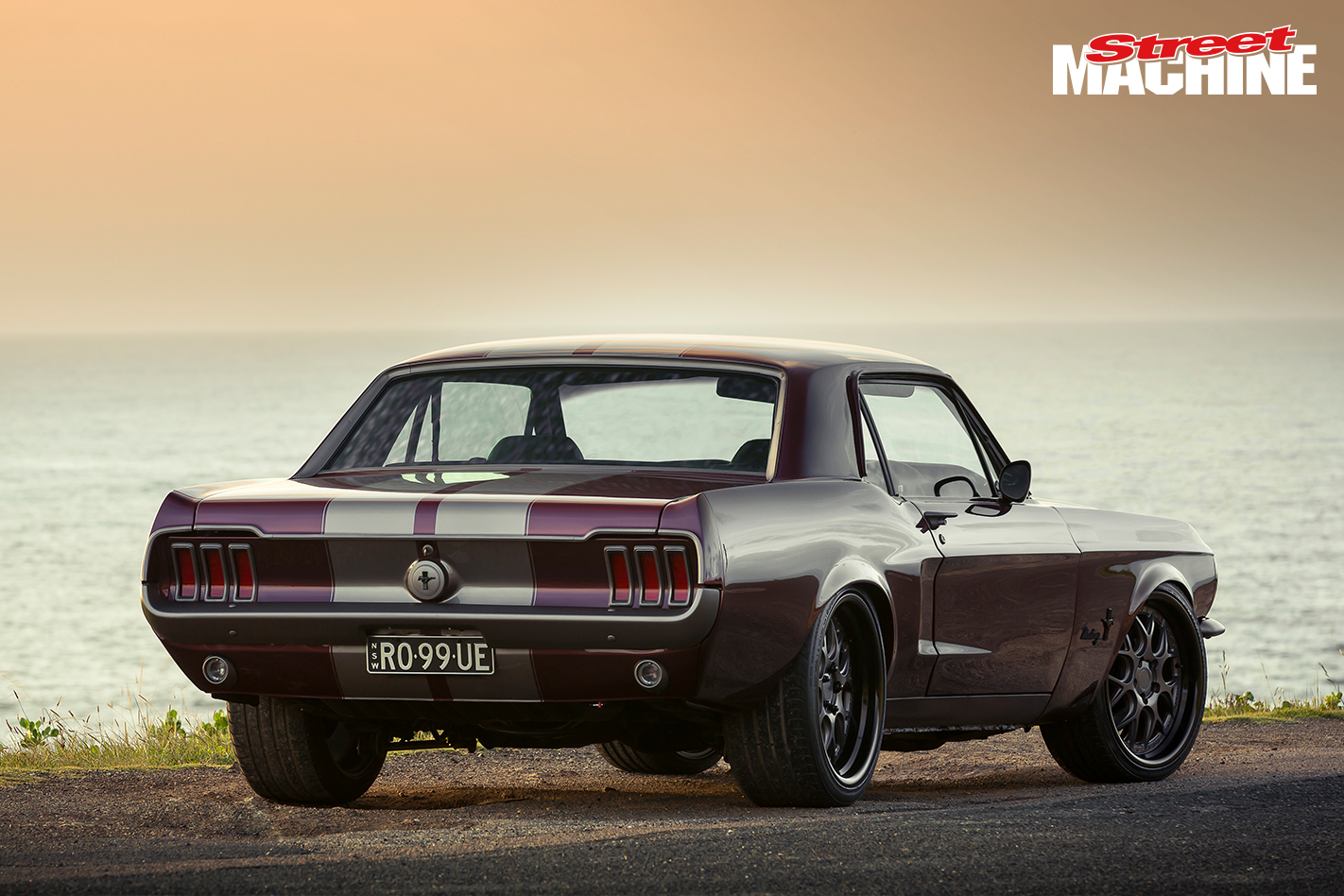 Another sweet Ford we spotted at Summernats this year was Terry and Adrian Morton’s sweet ’66 Mustang coupe. Built as a pro tourer by the father-and-son team in their backyard workshop, the red wine-hued ’Stang packs a 710hp 451-cube Windsor and state-of-the-art RRS suspension gear. 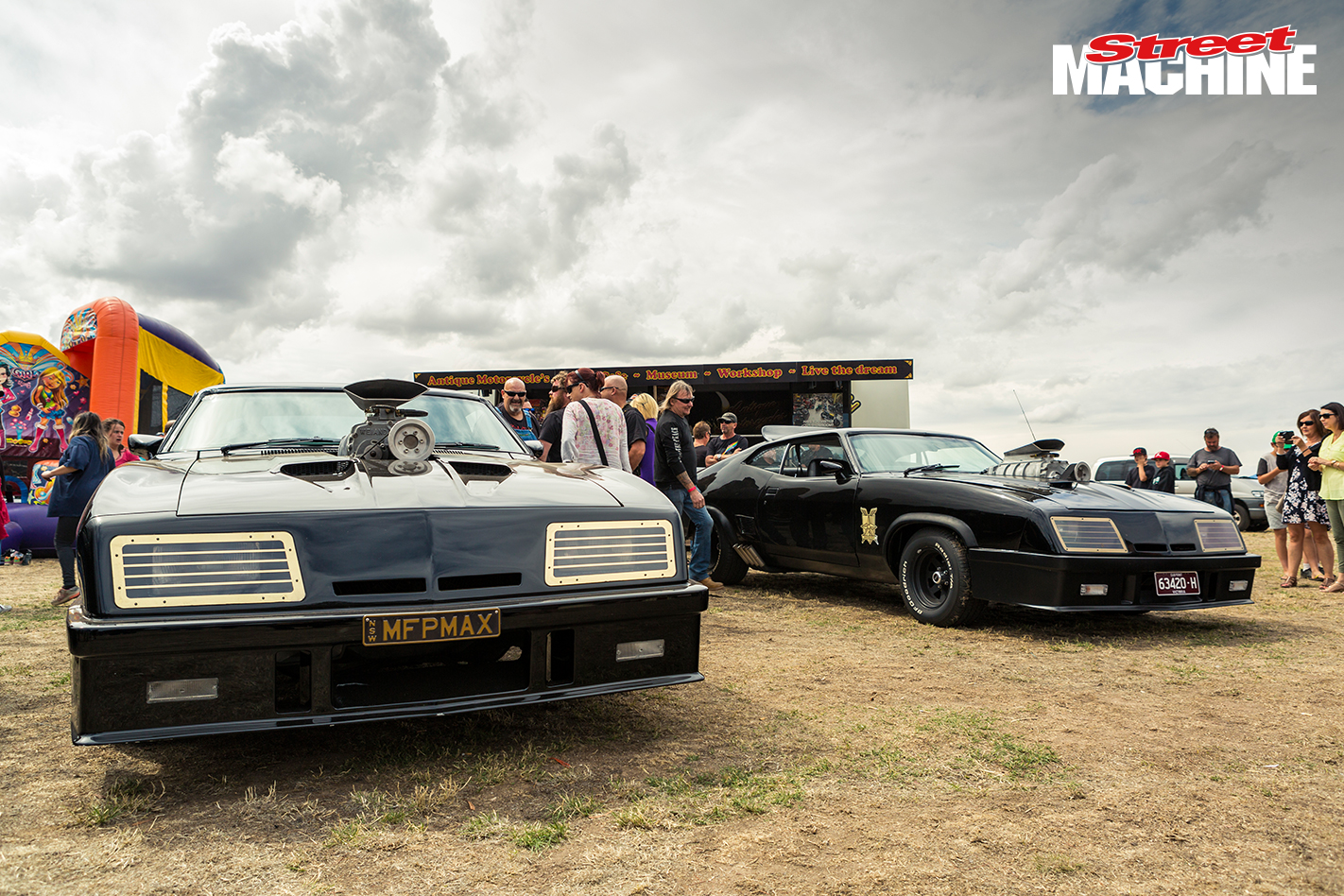 In this issue we’re living life to the Max with the Toecutter Gang, as we head to the Clunes Showgrounds for the Johnny The Boy Lives Mad Max reunion tour. At this insane event we saw countless copies of Max’s Interceptor, along with replicas of other crazy cars and bikes from the Mad Max films – not to mention plenty of passionate people dressed as their favourite characters. 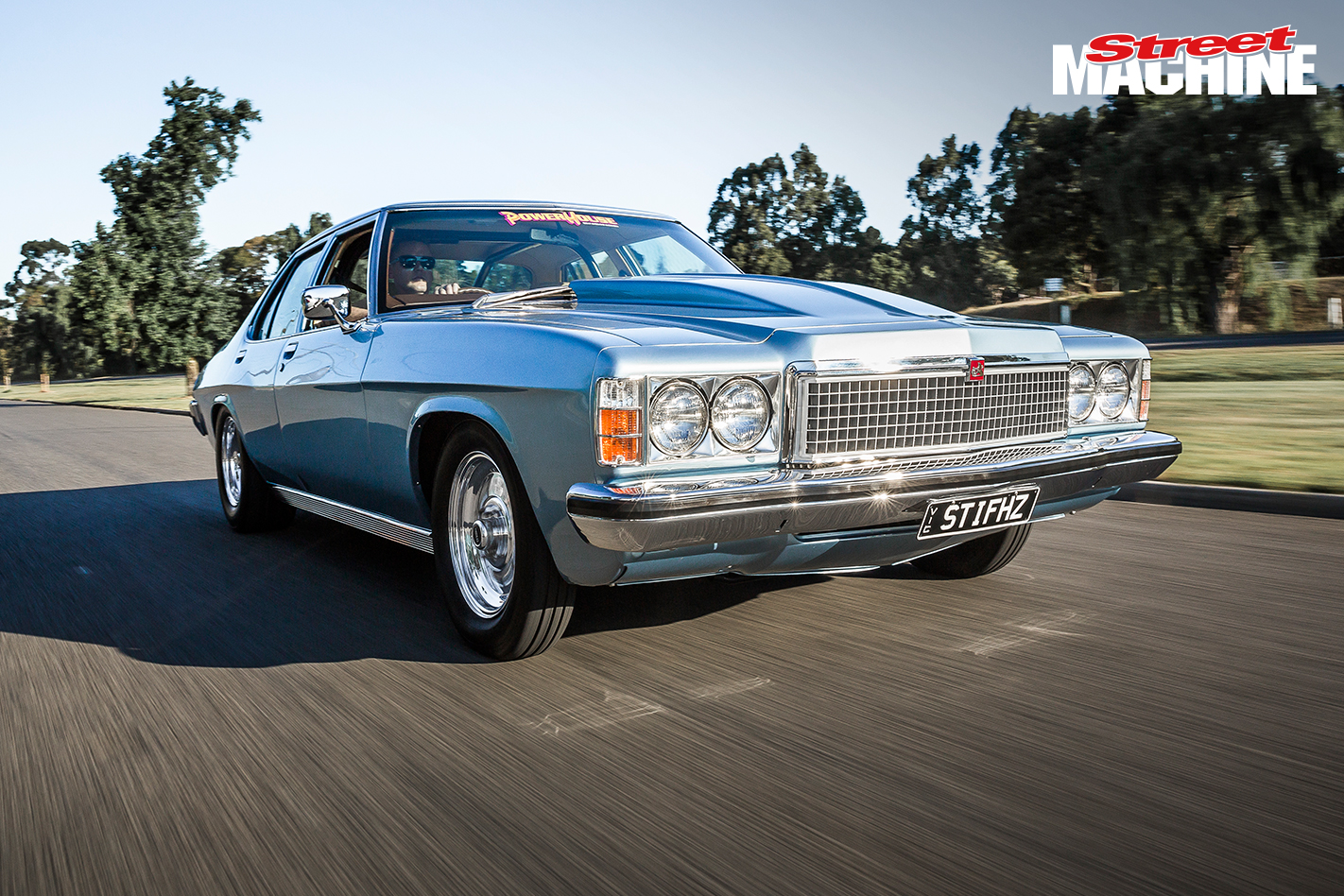 Steve MacGregor’s STIFHZ Premier proves there’s life in the old aspirated Holden V8 yet. With a 383-cube stroker motor built by Powerhouse Engines making 587hp on pump fuel, and a monster 6200rpm converter, the car runs mid-10s all day, yet cruises on the street without any dramas. 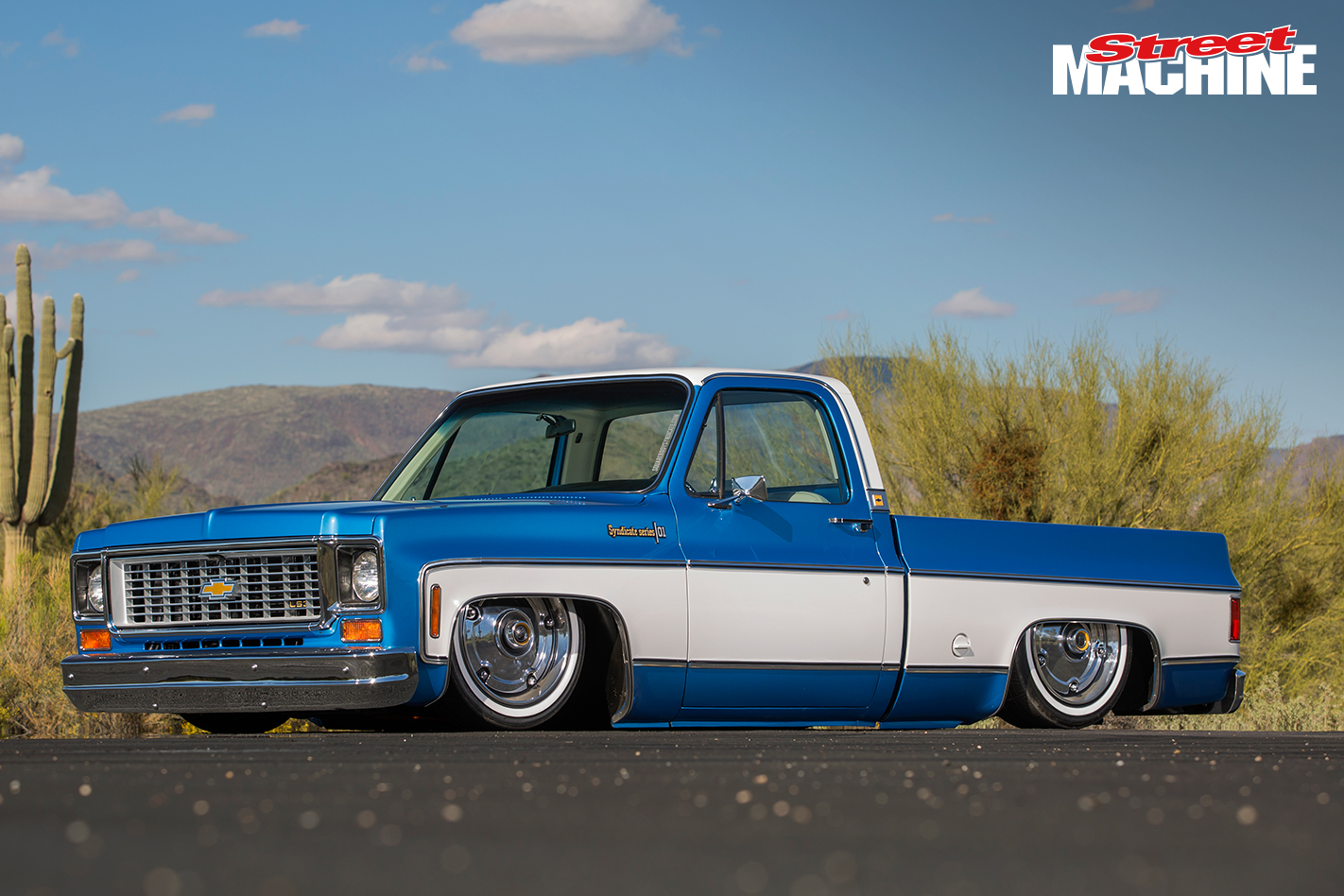 Joe Yezzi loves classic squarebodies, but while his sweet low-riding C10 might look like a pristine stocker, it hides a host of modern improvements. To get it sitting as low as it does, Joe had a custom chassis made by Porterbuilt Fabrication, and added an AccuAir e-Level airbag system. It’s powered by an LS3 disguised as a well-detailed small-block Chev. 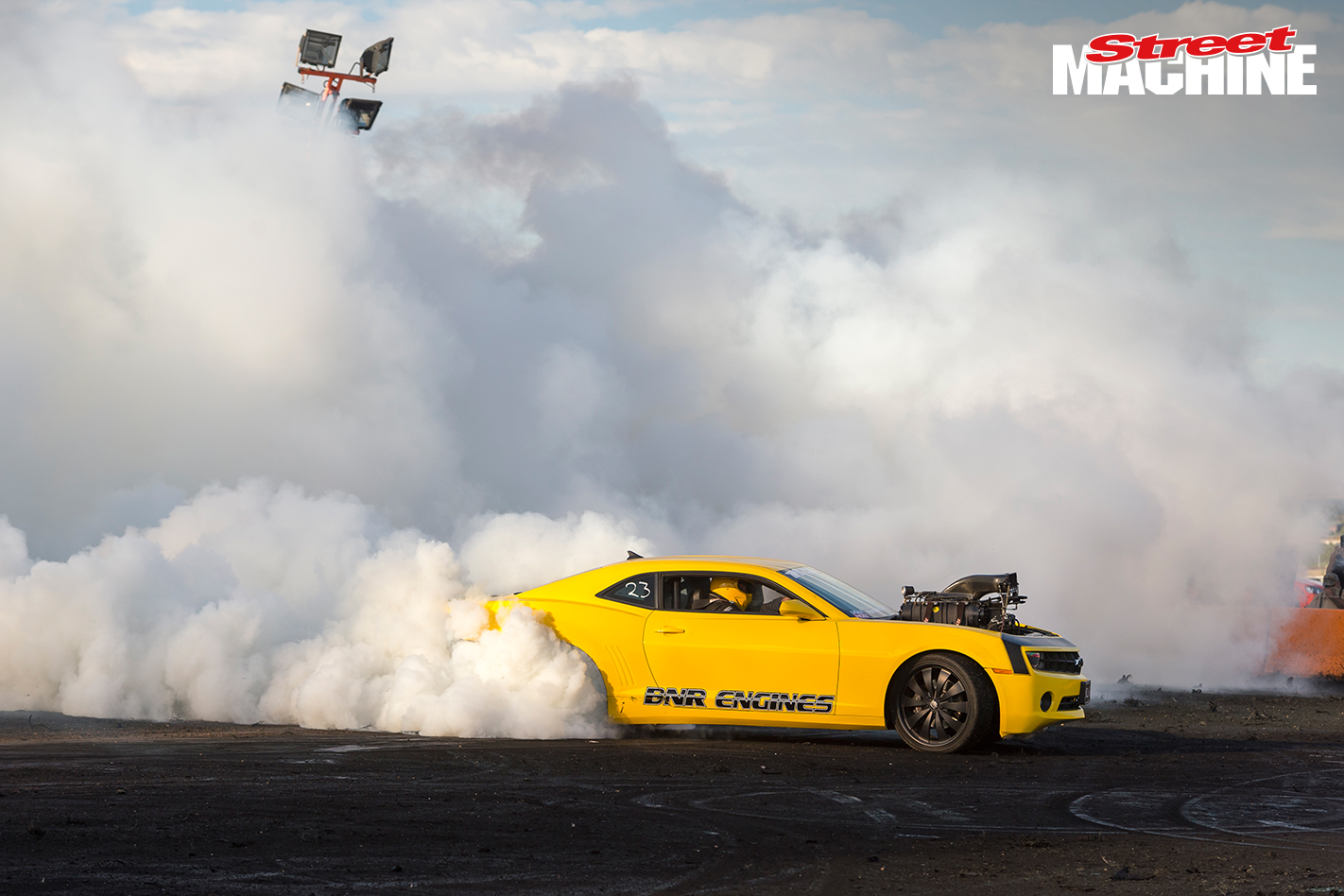 Also in this issue we’ve got coverage of the Ultimate Burnout Challenge 8 at Ballarat, where sparks, flames and rubber flew. Even though the pad at Ballarat Airport was huge, a few blokes still managed to tag the walls, which kept the competition close. 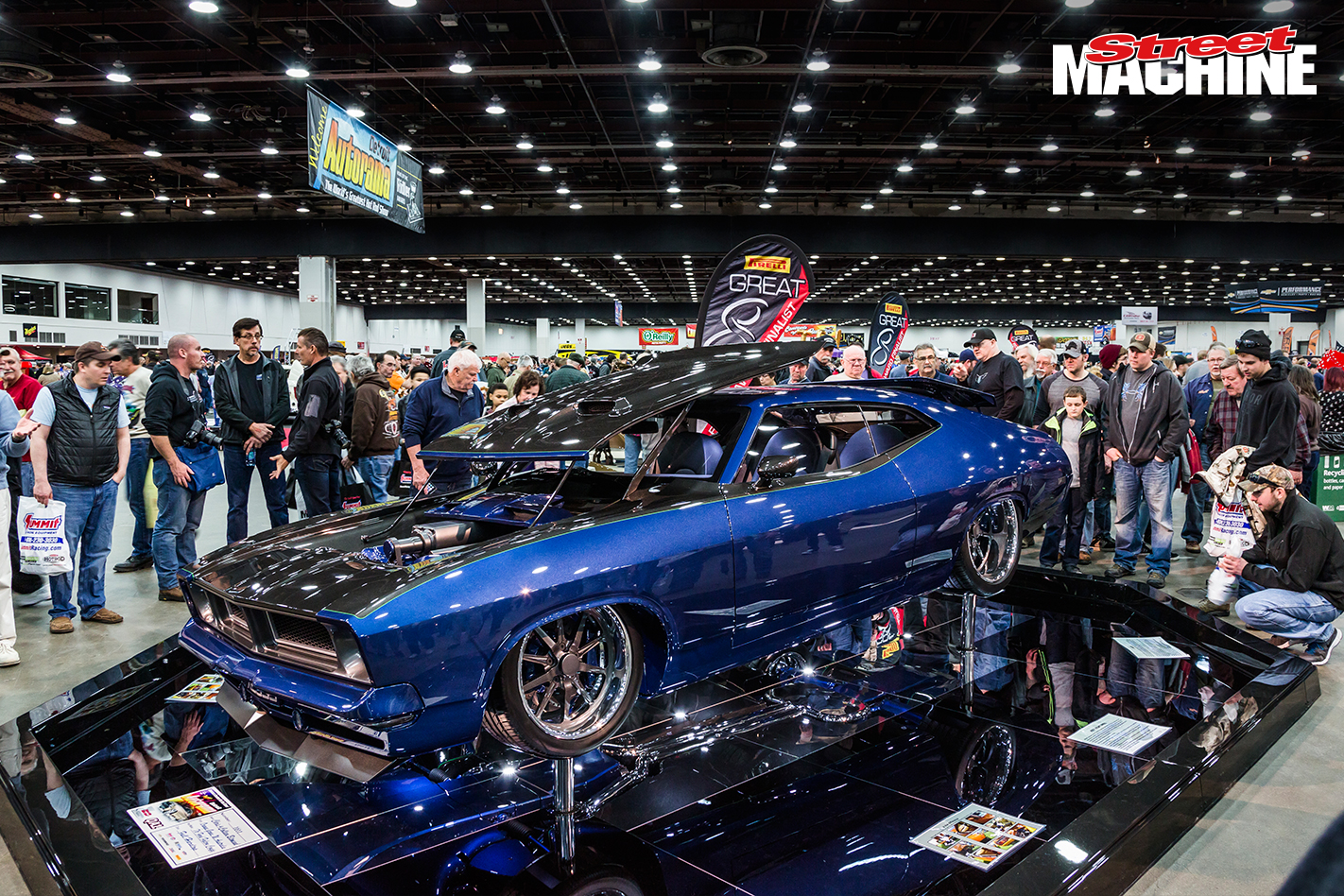 We’ve also got the lowdown on this year’s Detroit Autorama, as Chris Bitmead’s XBOSS XB Falcon took on the best in the world for the Ridler Award. No, it didn’t win, but hell, it came damn close, and the car looks absolutely phenomenal. We’ll have a full feature on the car in the May issue. 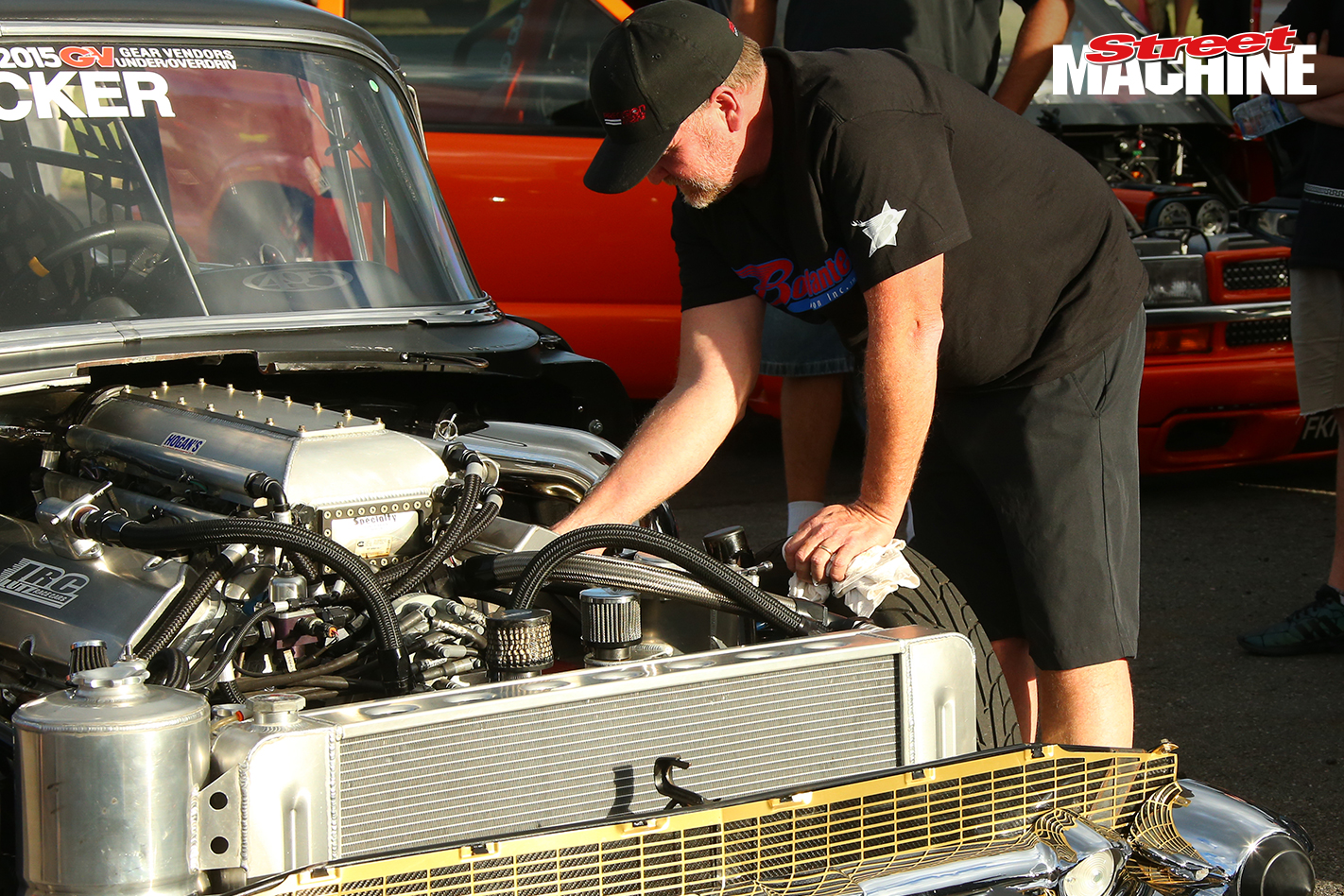 In the new April mag we also chat with Drag Week legend Jeff Lutz, as he races his famous Evil Twin ’57 Chev Down Under. Lutz talks us through his genuine 3500hp six-second street car, his new Pro Mod Camaro, and his involvement in the hit TV show Street Outlaws. 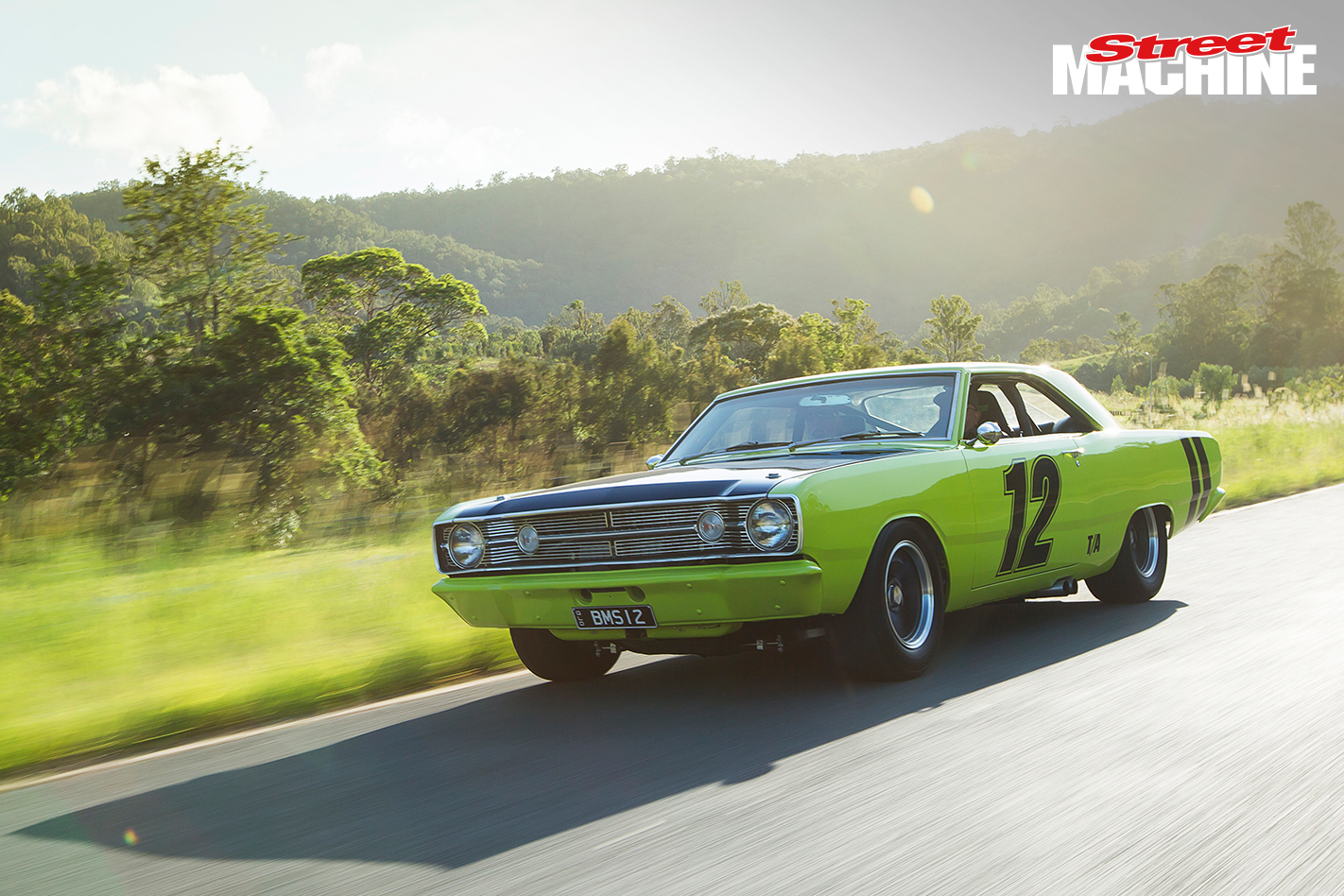 Savage on the street, devil on the drag strip and corner-carver at the circuit – Garry Brown sews up a trifecta with his road-going Dodge Dart racer. The car runs a screaming, heavily modified 360ci Chrysler iron block, and a NASCAR-spec five-stage oil pump that feeds from a boot-mounted dry sump. 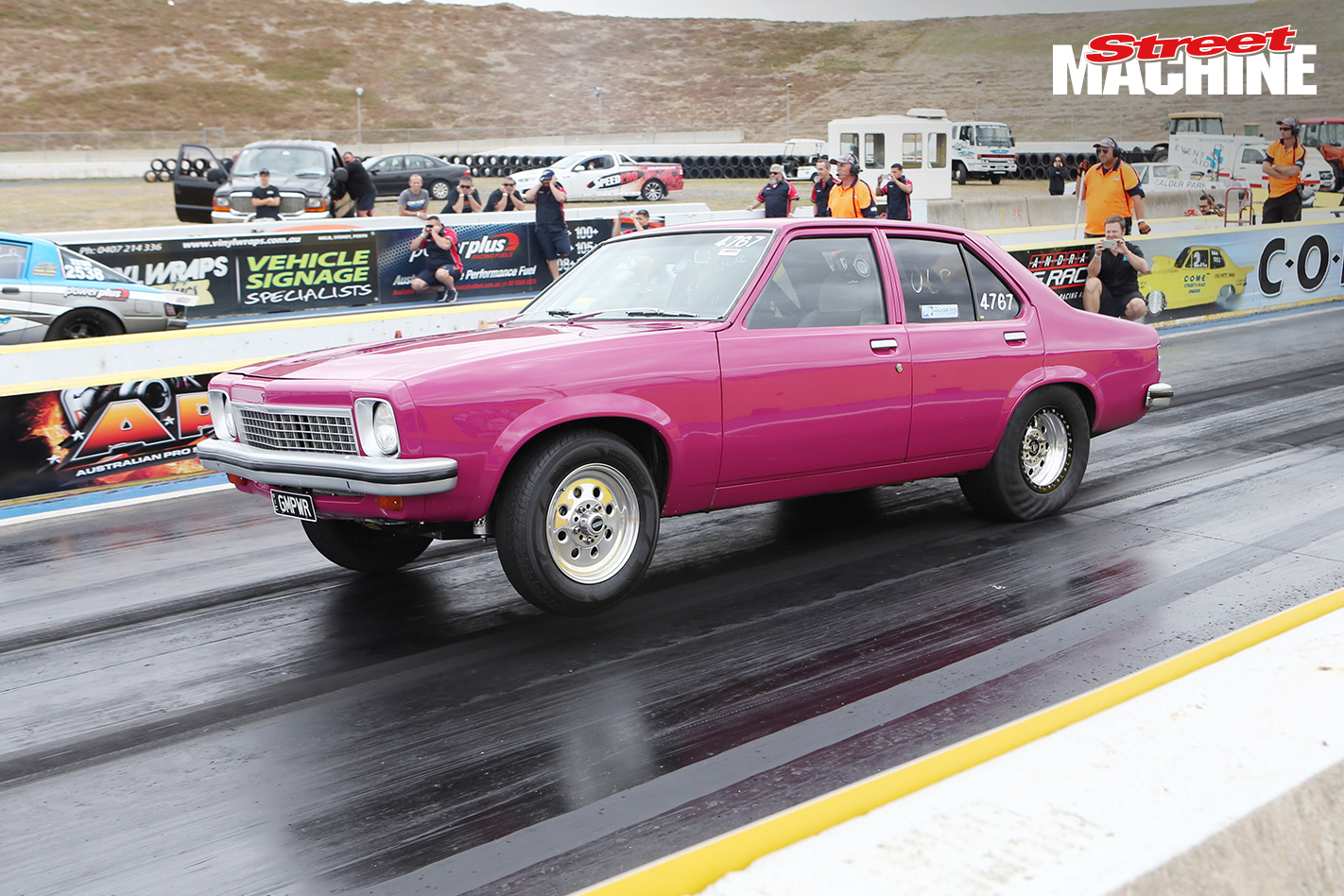 Pro Street racing returned to Calder Park with round one of the APSA Championship. Drag Challenge veteran Quentin Feast was keen to crack a seven for the first time in his Torana. He ran an 8.06@170mph, but in the second round the diff let go, stripping five teeth off the crown wheel. There was plenty more action though, as tends to happen when a bunch of steel-bodied cars attempt to put massive horsepower down through narrow tyres!