WHEN Phil Scott took over the editor’s chair of Street Machine in mid-1985, he brought a raft of upgrades to the mag. More pages, new photographers and pro writers were all part of the plan, but one of the biggest moves was in marketing. 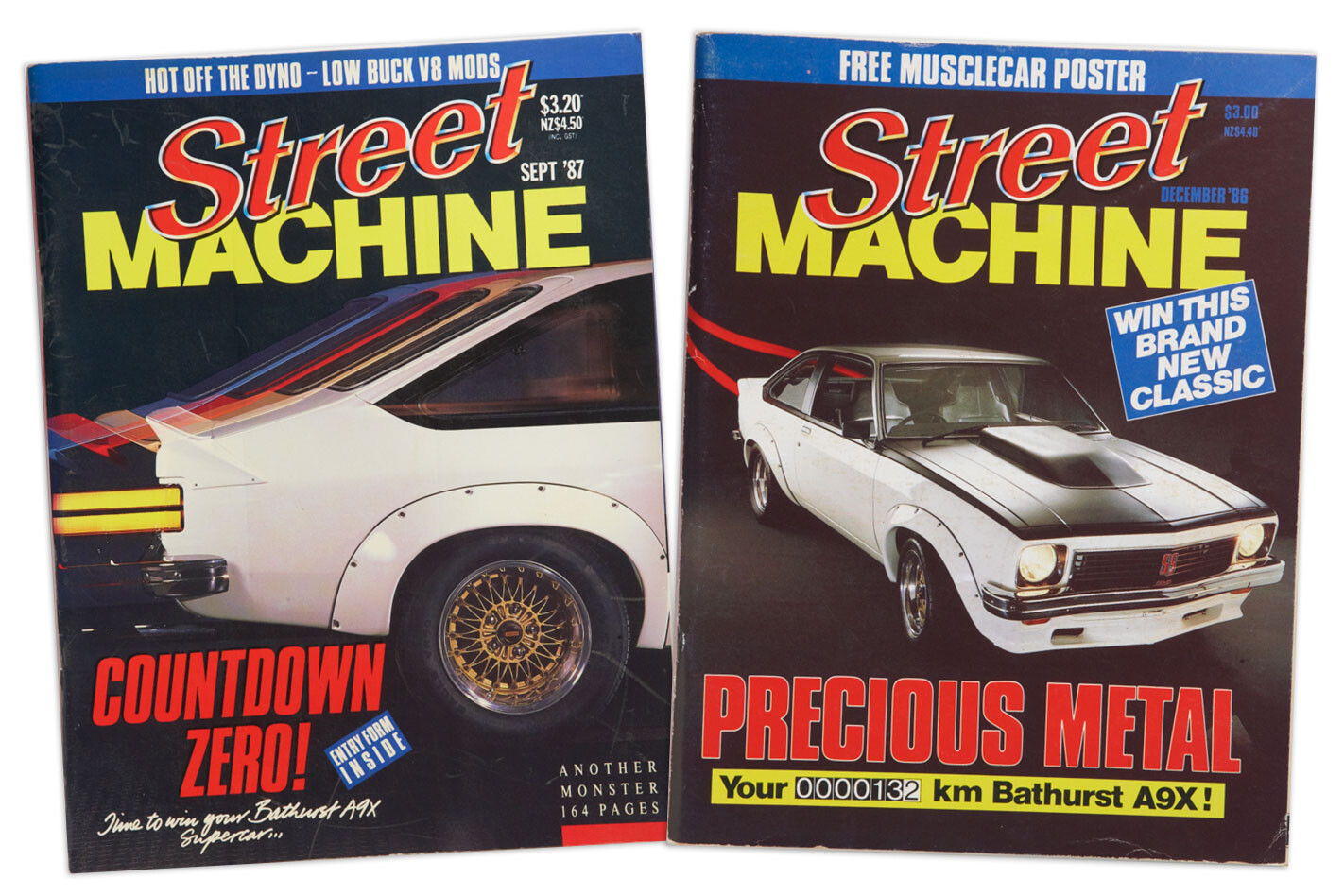 Phil wrangled a war chest and started out on an ambitious program of give-away cars to drive up the sales figures. Working with SM columnist Kevin Bartlett, Phil started with the HQFORU Monaro and followed it up with the Castrol Coupe XB Falcon. Both were highly modified cars, but the next was almost a stocker – the Castrol A9X Torana. These days, leaving an A9X in factory specifications is a no-brainer, but in the 70s and 80s they were fair game for pretty much anything, including big block Chev conversions!

But the particular car Phil bought was something special – a genuine GMP&A car that was never raced. Here’s what was written in the December 1986 issue when the competition was announced:

“According to our information, just 33 of these Bathurst-body A9Xs were built – in batches of ten – all of them destined for the racetrack. Our car was the one that got away. (Note: the 33 car figure was later revised to seven sedans and 44 hatchbacks, Telfo)

The car is designated number 10. It was an inside job, bought by Holden marketing man and part-time racer Tony Connolly. Tony’s got a soft spot for Holden racecars and also bought Colin Bond’s Bathurst winning ’69 Monaro and lovingly restored it. It’s just one of the cars he’s got in his garage.

He bought the car as a rolling chassis – all the Bathurst A9Xs were produced the same way, down a special line in Dandenong. The rolling chassis were pretty special, - from the lightweight panels to some special floorpan mods to handle the T10 racing gearbox, to a paint job as thin as a pauper’s pay packet. These were purpose built racecars – lightweight, practical projectiles.

To qualify, you needed a big chequebook and a proven record on the racetrack. Tony, a keen doorhandle to doorhandle man, bought his car to race. He ordered an Ian Tate engine, a T10 and Harrop fully floating rear end in readiness for some hotmix action.

But fate intervened. Tony got the big transfer and his rolling chassis and all the bits were temporarily sidelined. Then a racer got into strife at a Surfer’s meeting. He needed an engine in a hurry. Tony ‘lent’ his brand new unit, along with some spares for the good of the cause. Instead of getting his gear back, he got a cheque in the mail.

Several months passed and going racing looked less and less practical for Connolly, the busy marketing man. He sold his T10 and his rear end and figured the A9X would make a pretty good road car. It went down the roadcar production line for full trim, engine M21 ‘box and all the nice bits that would turn it into a cilvilised, but raunchy street car. Then he took it home, put it up on stands and through a dust cover over it.”

And that was the car Street Machine proceed to give-away, with just 13.2km on the clock! Phil ran a reader poll in the Jan/Feb 1987 to determine how far the mag should push the mods. The results was fairly clear - to leave well enough alone! The only mods that got the nod were a set of Simmons three-piece rims and a mild suspension upgrade. 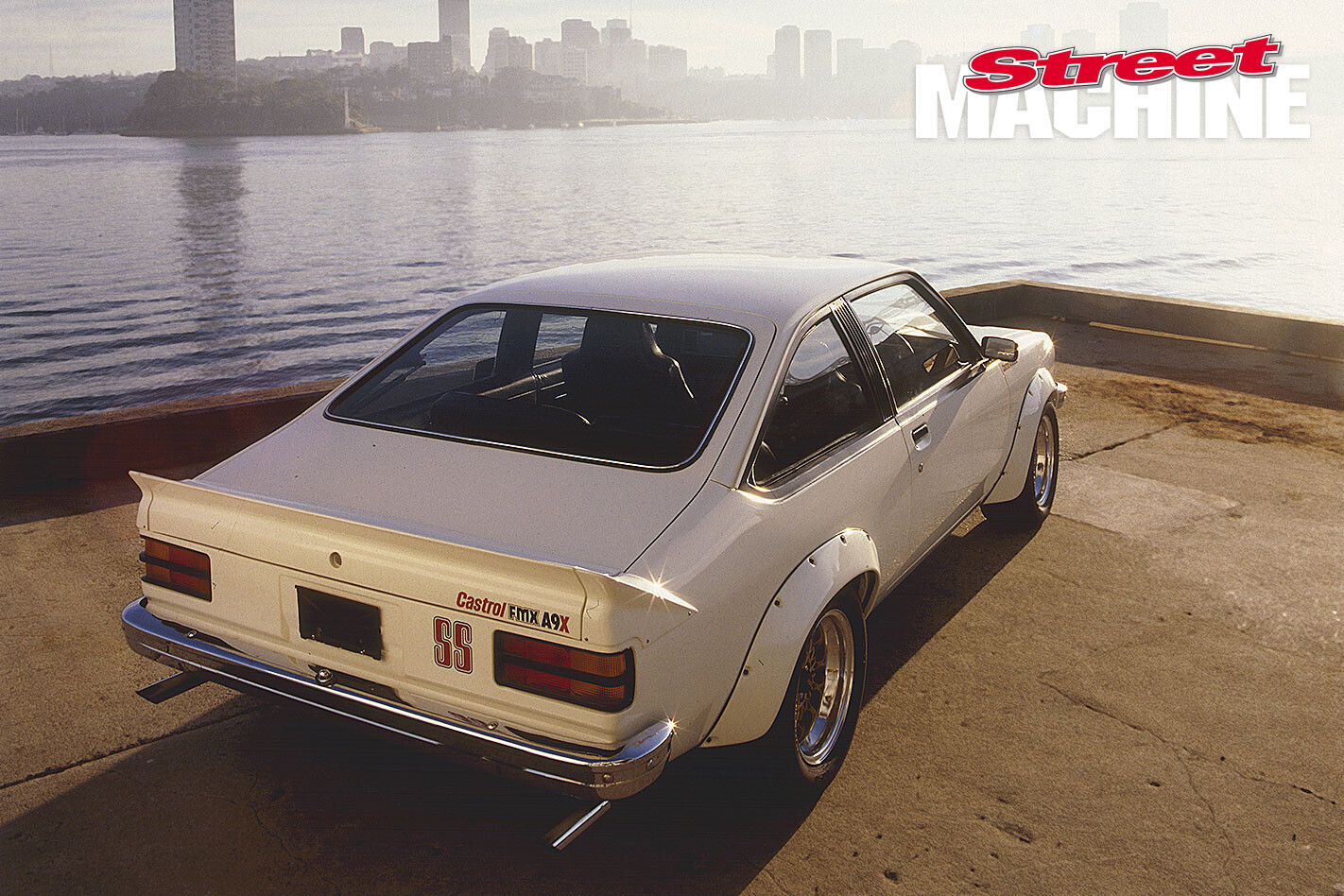 The car was won by Trevor Milburn from Queensland and Phil and the team got cracking on the next give-away car – nothing less than a Phase III GTHO Falcon!

The car later ended up with an owner in Perth for many years, before being sold to Andrew Beale – still with just 14.4km on the odometer. And now someone with deep pockets has the chance to become the new owner, see the listing here. 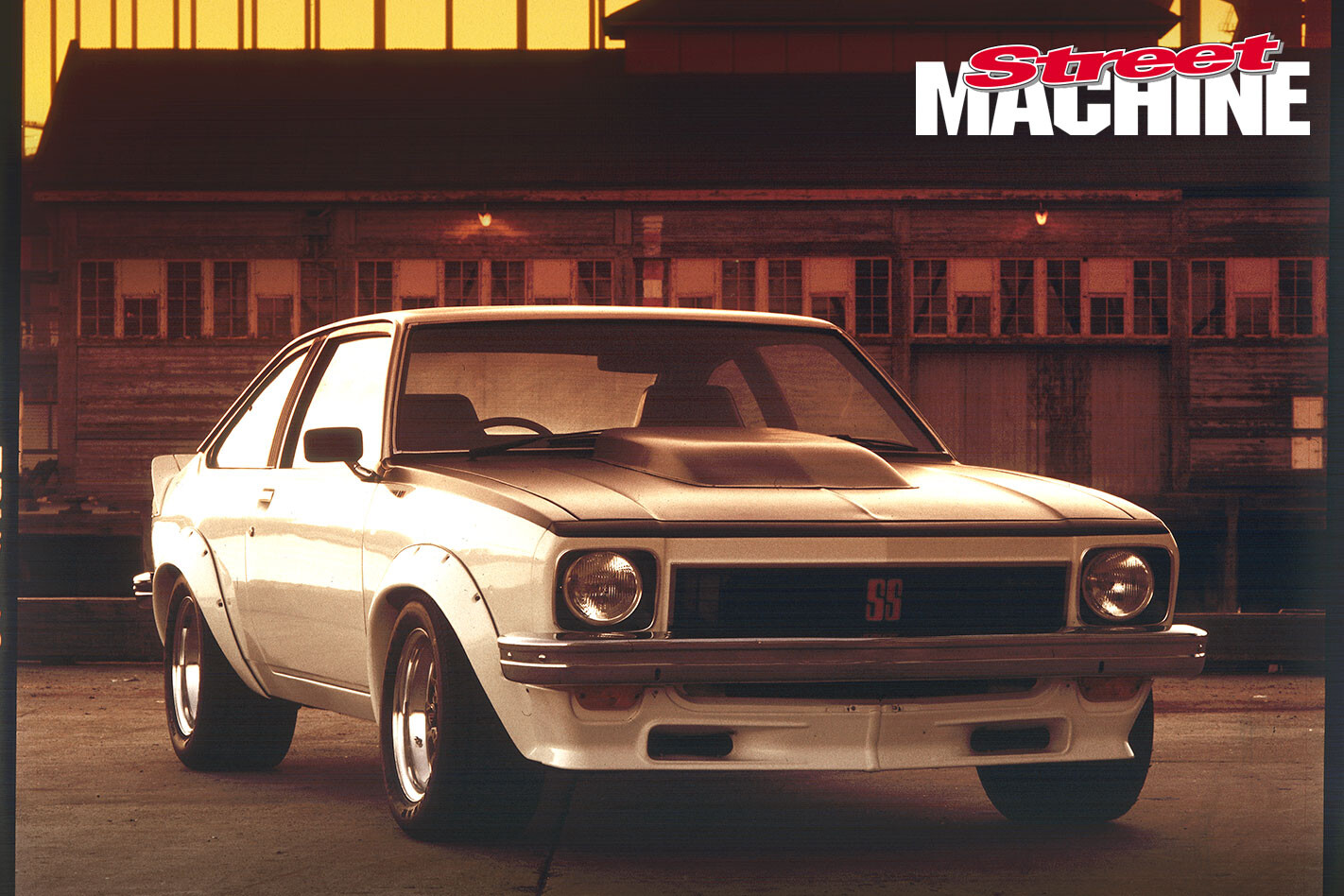