GOOD news, street machiners: the December issue of your favourite mag is on sale now. It’s especially good news for Daniel Wickman, whose dead-set stunning XM Falcon graces the cover of this issue. The Image Conversions-built Falc is a pro touring pièce de résistance, powered by an angry turbo Barra and with bench seats front and rear to accommodate the whole Wickman clan.

It’s also good news for Aaron Gregory at Memphis Hell Custom Vehicle Builders, who is your 2020 Valvoline Street Machine of the Year winner! Aaron’s shape-shifting ’51 Chevy pick-up has morphed from a billet-laden showpiece into a more traditional hot-rod inspired cruiser, then a corner-carving race truck, and in its latest and arguably greatest guise it resonated with readers so much that it is now immortalised as a SMOTY winner.

The name Matt Watts will probably sound familiar to most. He has a couple of purpose-built skid cars, most notably a blown Holden six-powered Torana that keeps the V8s honest. He’s now built himself a gorgeous blown LS3-powered HQ hay hauler as a street car – can you believe he cuts wood with this thing? Burnouts have made a triumphant return to Sydney Dragway, with the recent Burnout Masters event a resounding success despite COVID-19 restrictions capping numbers. We were there to capture all the action! Bright red paint, a mental 780hp tunnel-rammed Clevo and mile-wide rear hides are a sure-fire recipe for a tough, traditional pro street XY, and Jeremy Spiteri’s Falcon is certainly that. 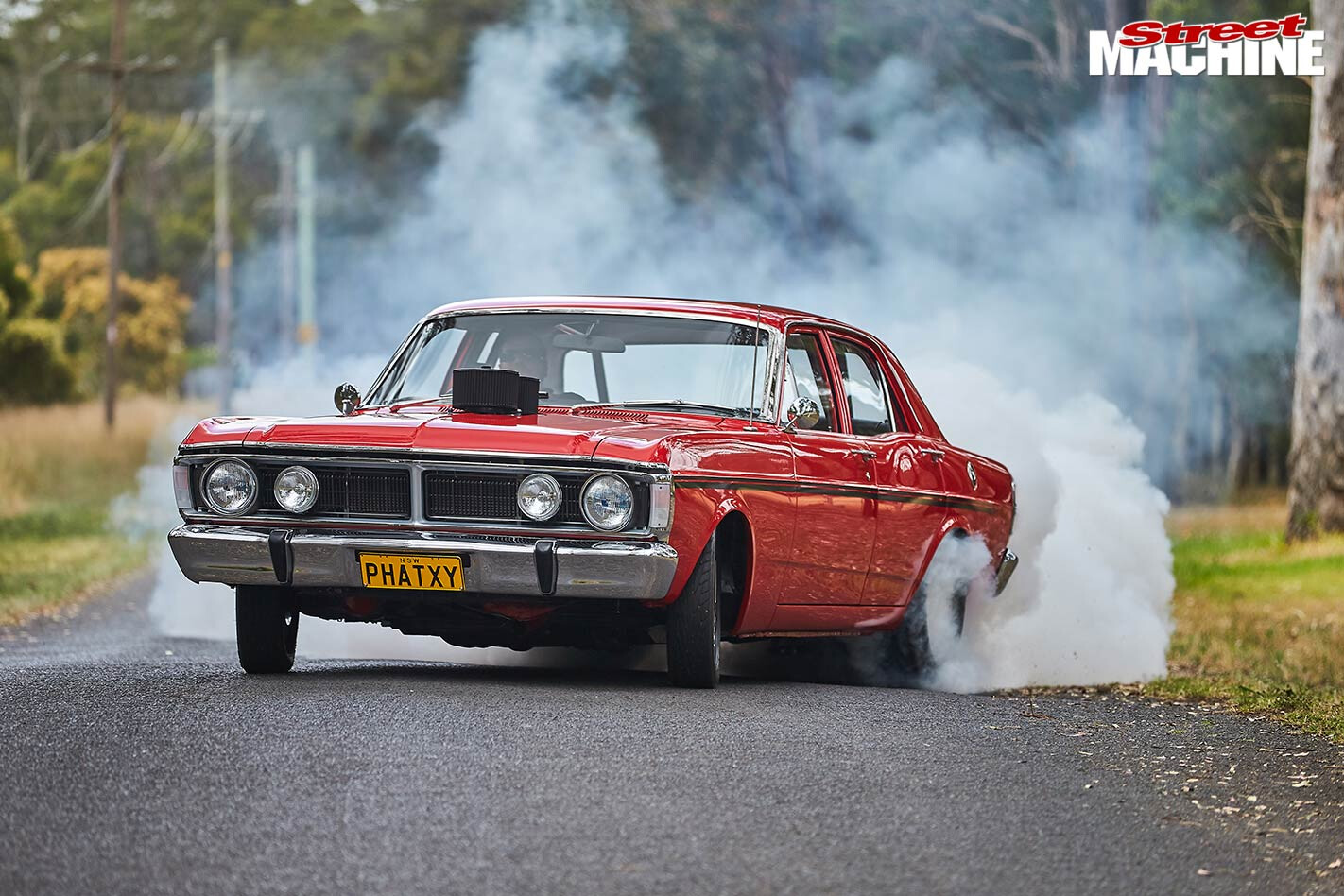 With our 40th anniversary just around the corner, we thought it was an opportune moment to delve into the archives and pick our favourite Street Machine covers through the ages.

Noted Kiwi drag racer Steve Milne figured building a show car had to be far cheaper than drag racing. Turns out he was wrong, but he fashioned one hell of a ’56 Chev while finding that out.

Conversely, as a quintessential barn-find stuffed with a stout engine and driveline package, Rob Tanti’s HQ Kingswood proves that you can build a kick-arse streeter without breaking the bank.

A car that set out to mesh the Auto Salon and V8 scenes, Jamie Kochaniewicz’s VS ute, PSYCO, was a love-it-or-hate-it proposition back in its day, but it ultimately managed to win the coveted God of Auto Salon gong as well as a bin of tinware at Summernats. We enjoyed taking a look back at it, and we hope you do too.

We all lust after that tubbed look. Scotty shows us how to achieve it at home in the shed on a budget as he mini-tubs the Lockdown Wagon.

This issue’s Sleeper looks for all money like an exquisitely restored XY Fairmont. Even the engine looks stock, but it ain’t. It’s out to 393ci and makes almost 600hp – a barrel of laughs on 14-inch redwall tyres!

The December issue of Street Machine is on sale now. Get you some!