THE 17th edition of Street Machine Hot Rod is on sale now, with Norm Hardinge’s V12 coupe in pride of place on the cover. As usual, we’ve poured every ounce of our collective passion for hot rods, customs, history, art and cool bikes into something that is more like a coffee-table book than a mag. Norm Hardinge’s ’34 Ford coupe is our cover star. With a Pierson Brothers-inspired chop and a Lincoln V12 flathead powerplant, it is probably the slowest car Norm owns, but also the most bitching. 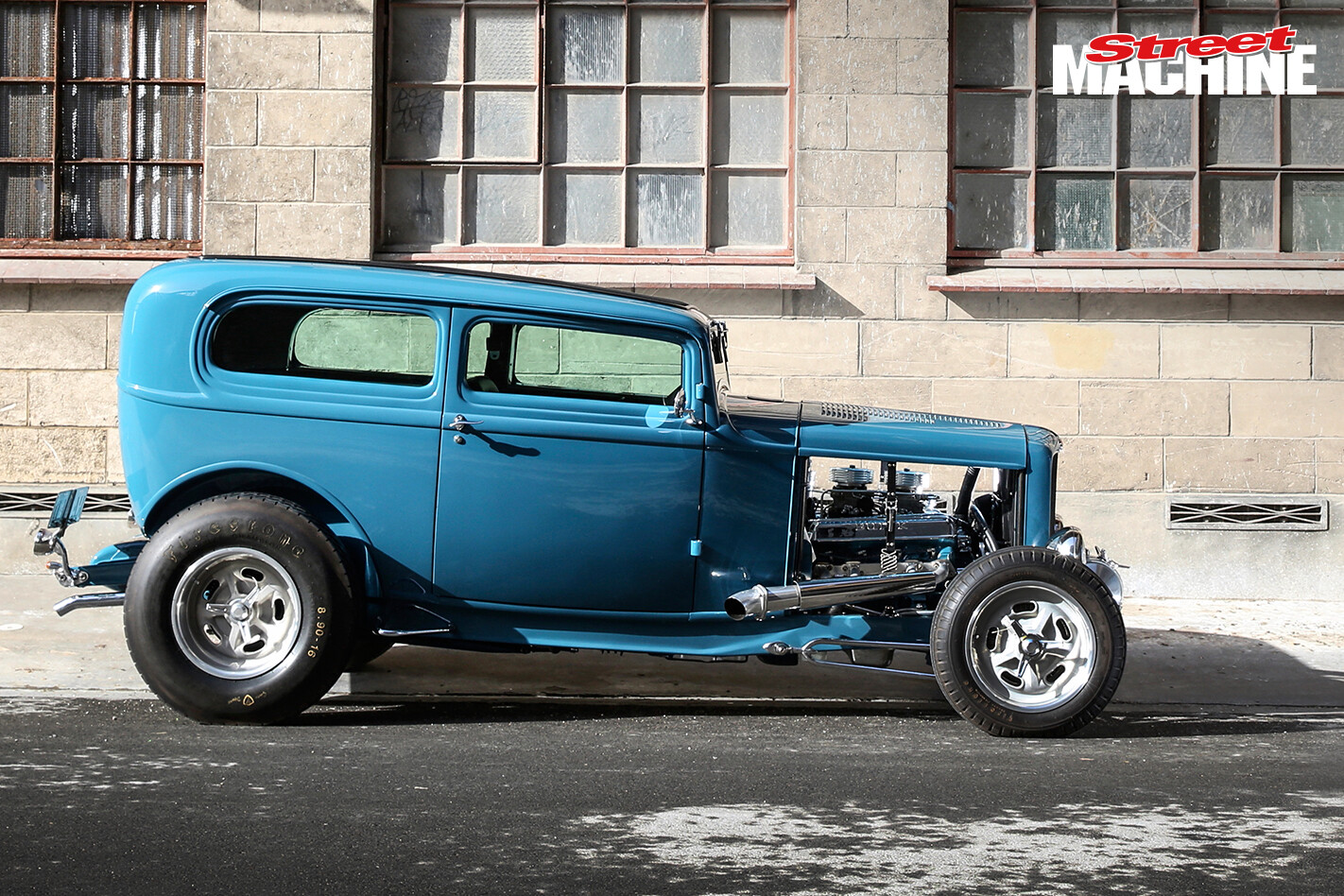 Seeing a speedway-modified rod as a kid planted a seed in Tony Jenkins’s mind. Fifty years later, that seed has finally sprouted into the chopped, Nailhead-powered 1932 tudor you see here. Alan Hale’s Model A isn’t quite finished yet, but with Tony Webster screwing it all together, we can tell it’s going to be something very special. Key to the car’s appeal will be Roof 101 Cyclone head-equipped four-banger that has been detailed to within an inch of its life. Ben Mahony’s ’49 Mercury, MERLOW, is a real-life tale of ‘basket case to best-in-show’ – and Ben did the chop himself at home in the shed! Even more impressive, he had never cut up a car before – considering how well he’s done you’d swear he was a seasoned veteran. 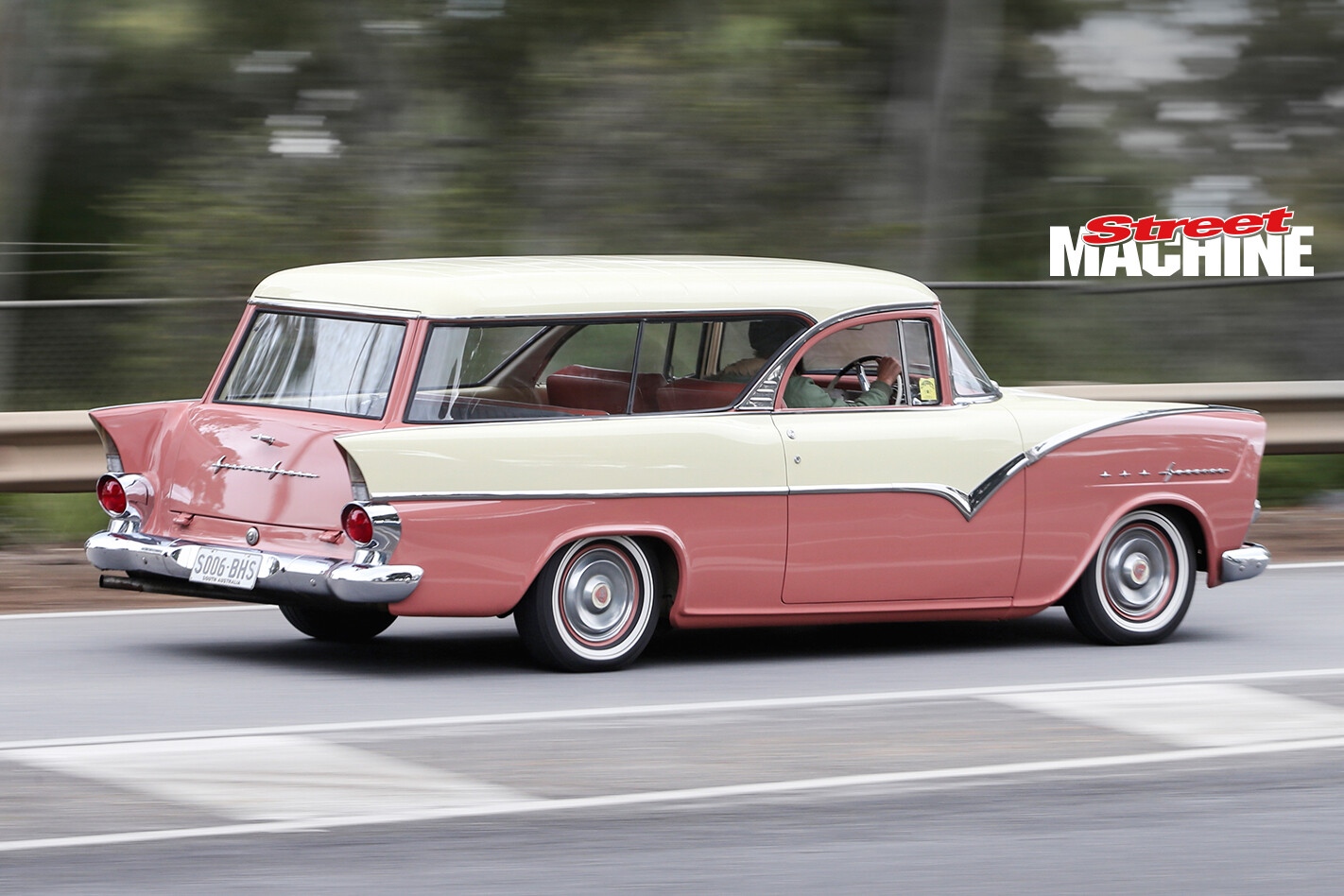 Aaron Bray is only a young bloke, but he’s already got the skills and the eye of a great customiser. This issue we check out his Nomad-style FB Holden wagon and also the FX coupe he has in the build. 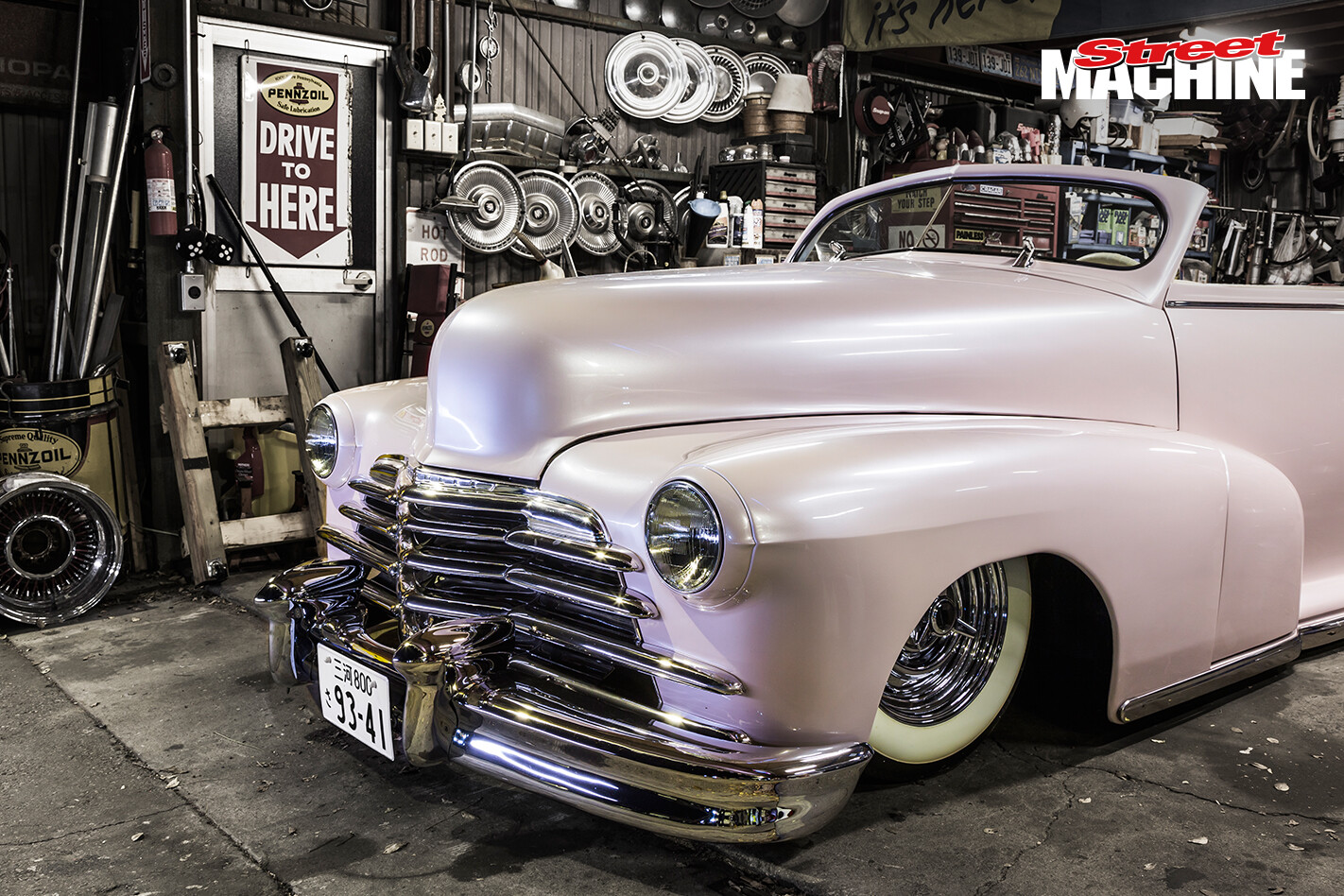 We head over to Japan to cruise with the Strongers Car Club in Nagoya. These guys know how to build awesome show-style customs and still drive the wheels off ’em! Having already built one of Australia’s best ever hot rods, the OBSESSION ’37 roadster, Peter Elliot thought he’d keep things simple with this ’34 tudor. And by ‘simple’ we mean ‘another award-winning masterpiece’. Just look at the chassis! 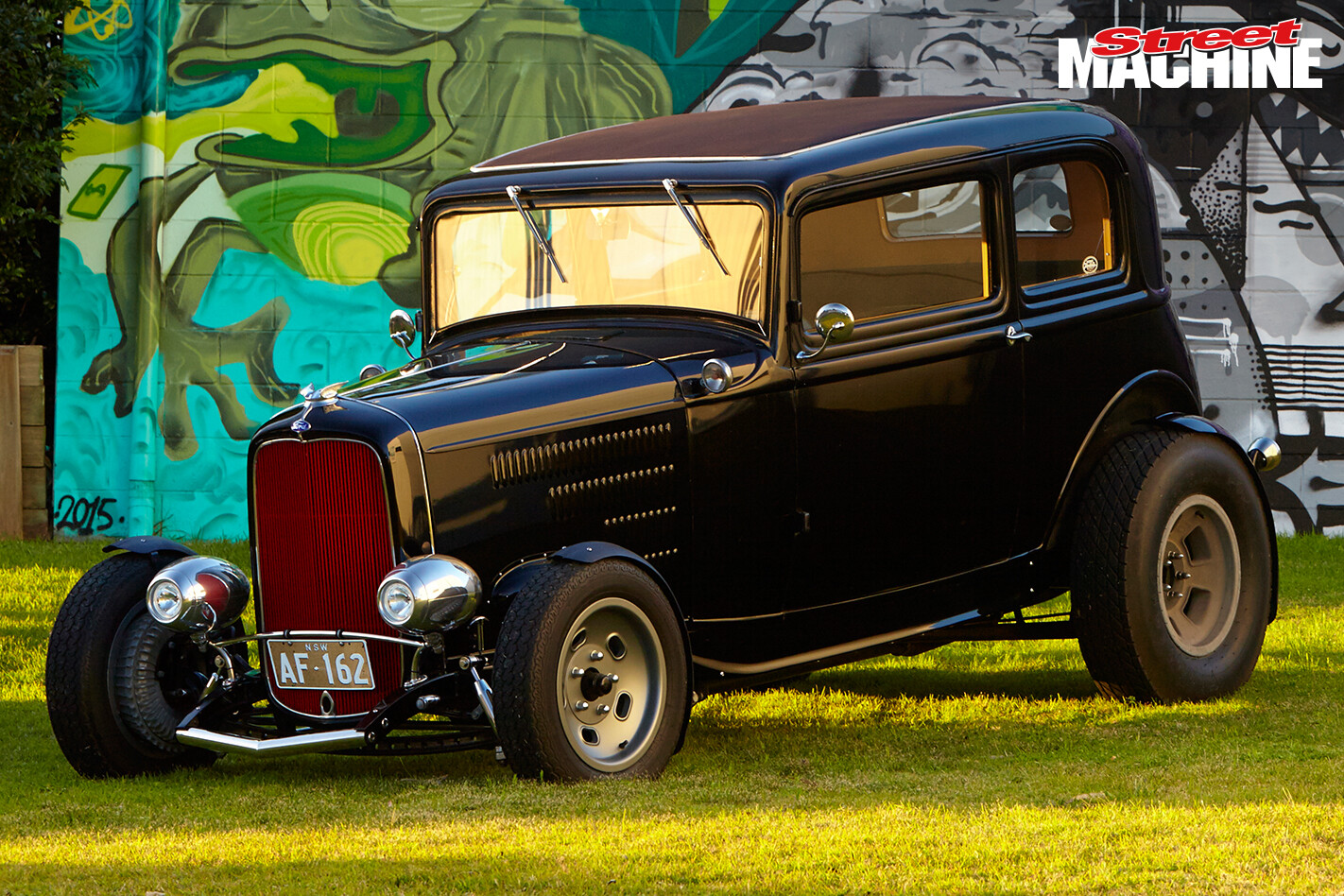 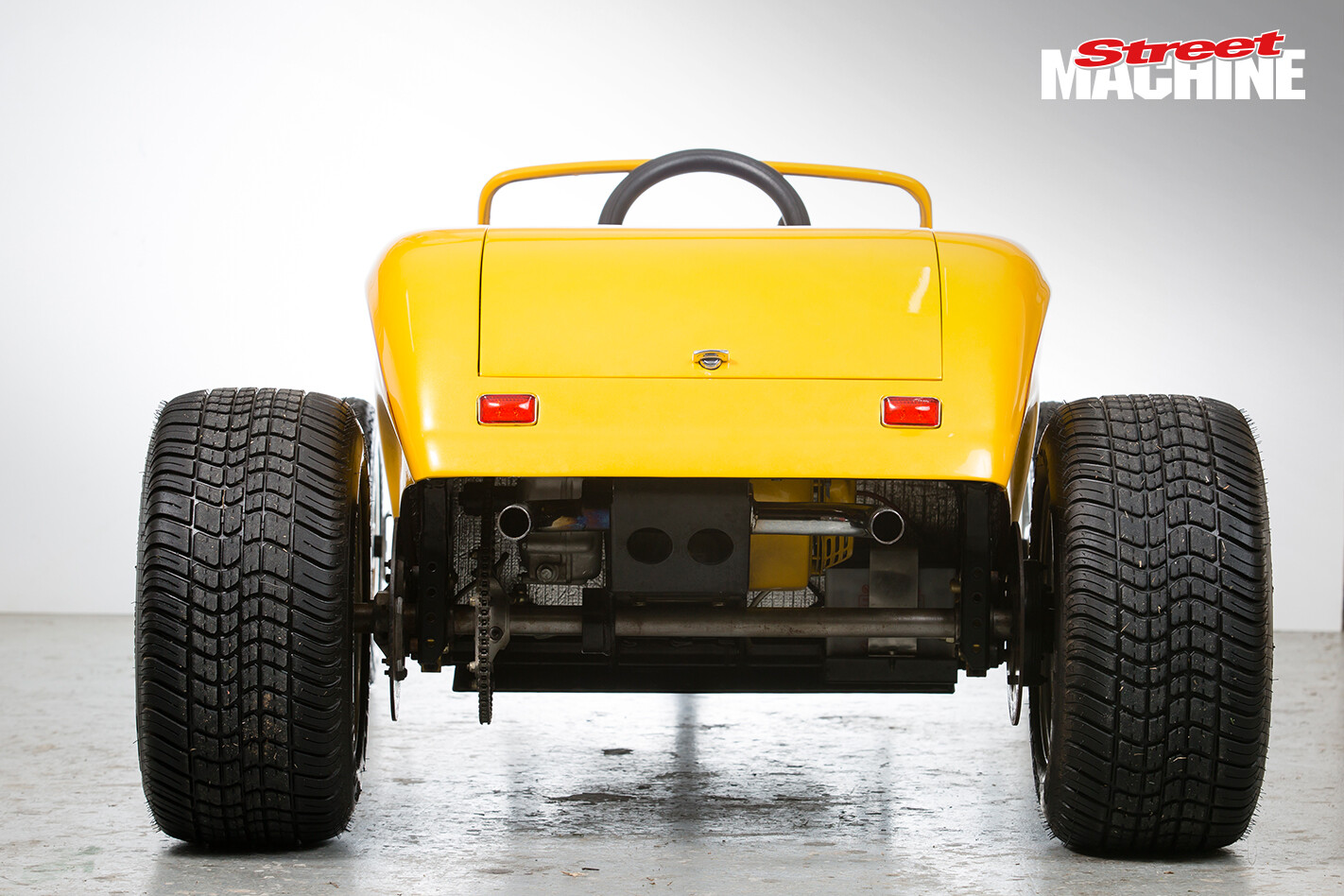 Father-and-son team Keith and Peter Hahn make these awesome miniature hot rods for the little ones. Between them they fabricate 90 per cent of the parts, including the fibreglass bodies, tube axles and independent front suspension. And it just so happens that a fully grown bloke can fit into one!

For many folks keen on building a period-style hot rod, the 40s, 50s and now the 60s tend to be the eras of choice. But there was some goodness about in the 70s, as John Curtin’s ’34 Ford coupe demonstrates, complete with pinstriping, slot mags and white-letter tyres. 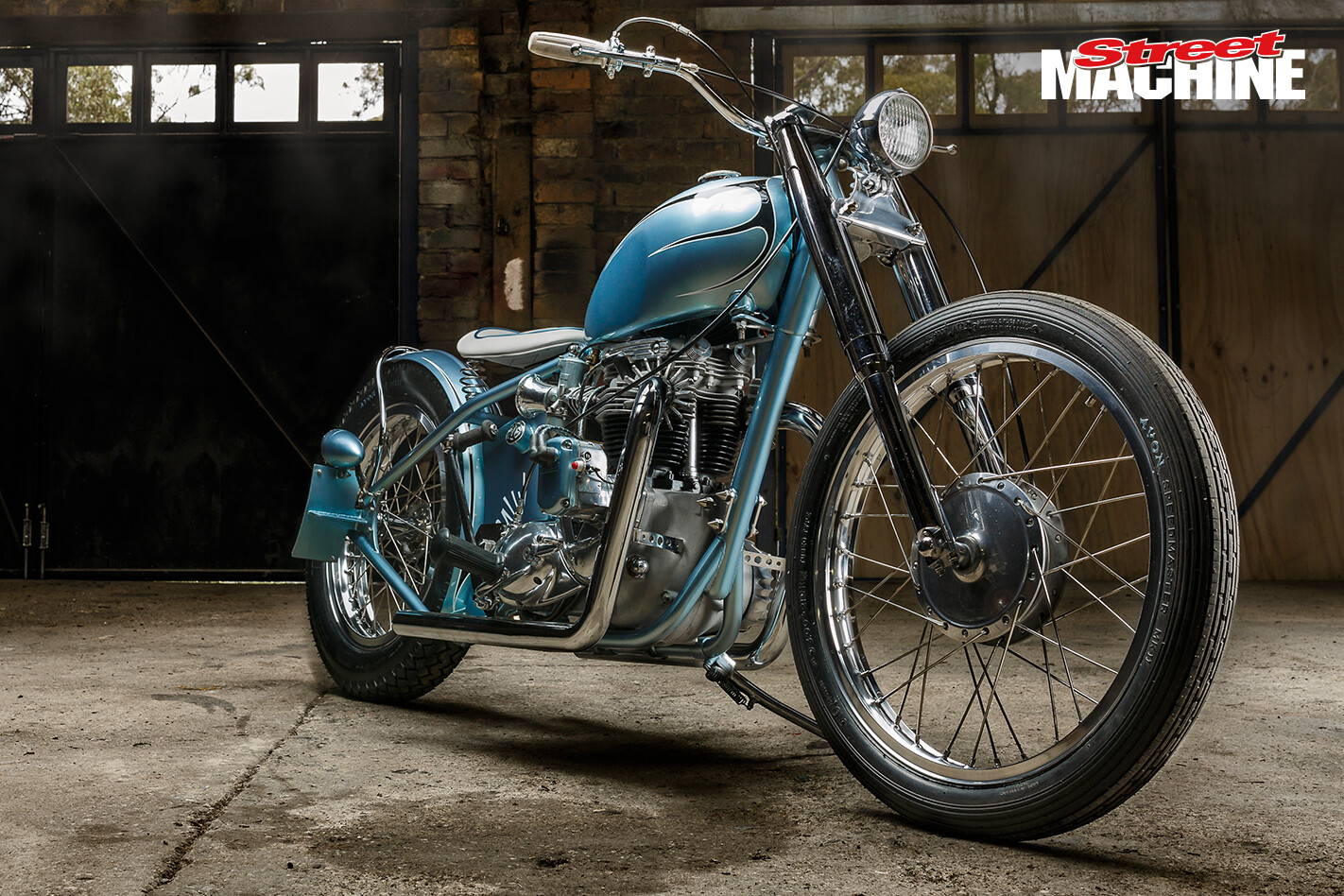 Out of all the cool bikes that rocked up at the Boogaloo Invitational this year, Paul Kuhle’s ’70 Triumph TR6P Police Special was the one that stood out. Clean, simple and so damn cool; it’s the small details that make this a real head-turner. These days he’s a quietly spoken American in his 70s, but back in the mid-60s and 1970s Bill Shrewsberry justifiably earned the title ‘Wild Bill’ as he toured the drag strips of America piloting his insane wheelstanders. We sit down and chat with this legend of American drag racing history. 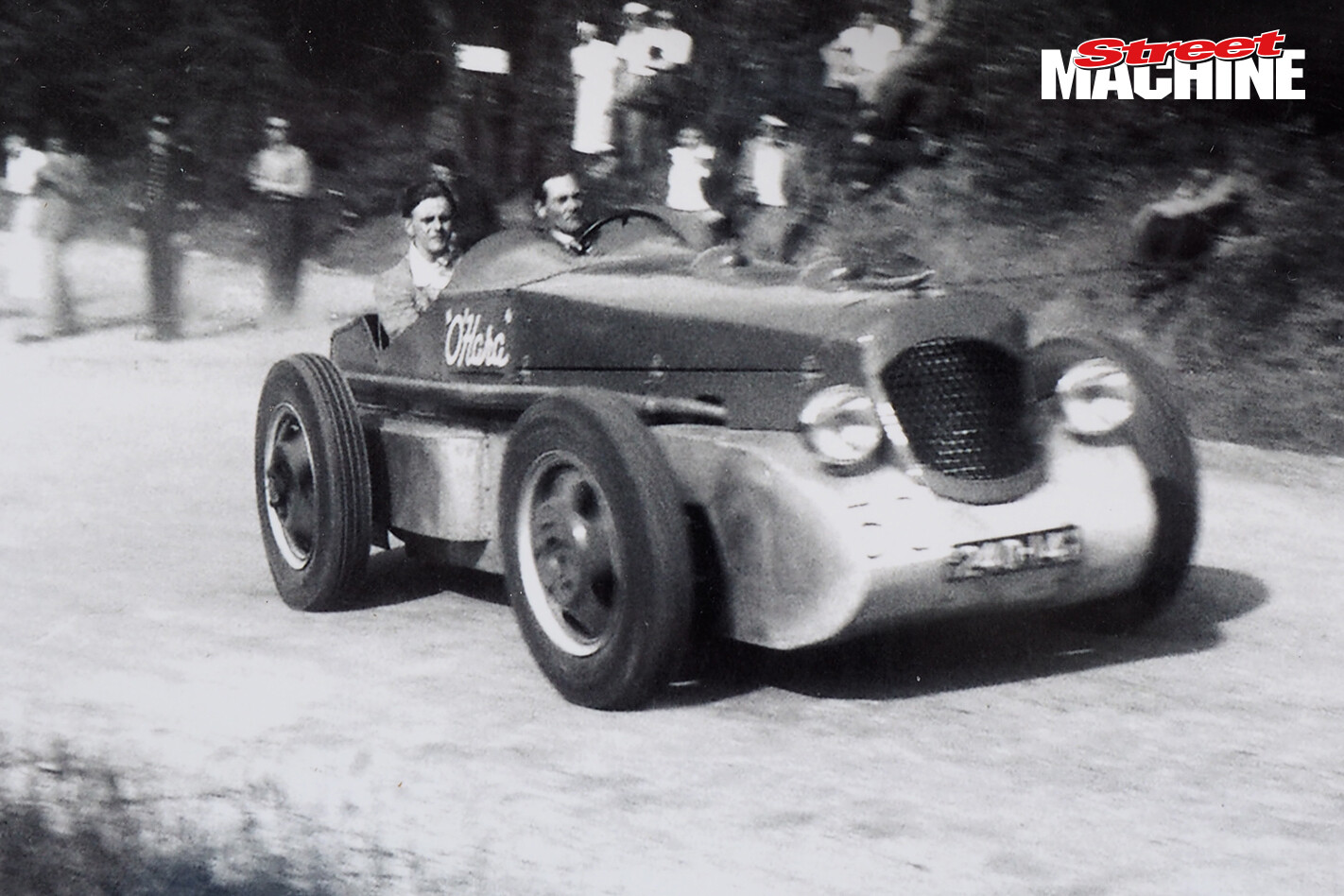 Eldred Norman’s automotive exploits are the stuff of legend. We speak to his son Bill about his dad’s racing career and home-constructed weapons – including the infamous Double V8. 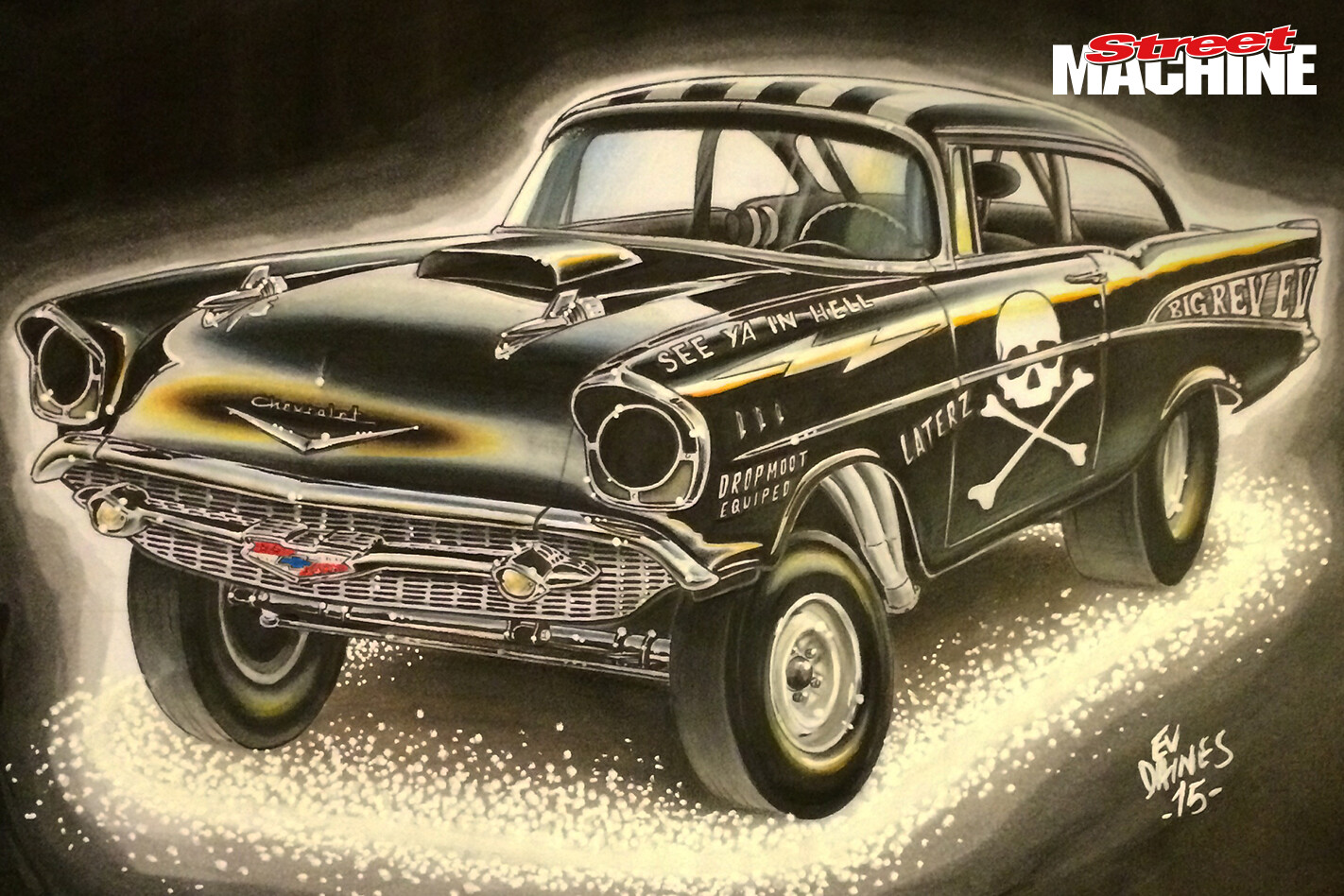 Young artist and tattooist Evan Daines’s style hovers between the incredibly realistic and the friggin’ fantastic, resulting in some unreal hot rod-themed artwork.