The latest issue of Street Machine Hot Rod is out now!

AFTER what seems like an eternity, Street Machine Hot Rod issue 18 is upon us! On the cover is Scott Marshall’s iron-tough blown Hemi-powered Willys, and here’s a taste of the other goodness to be found inside: 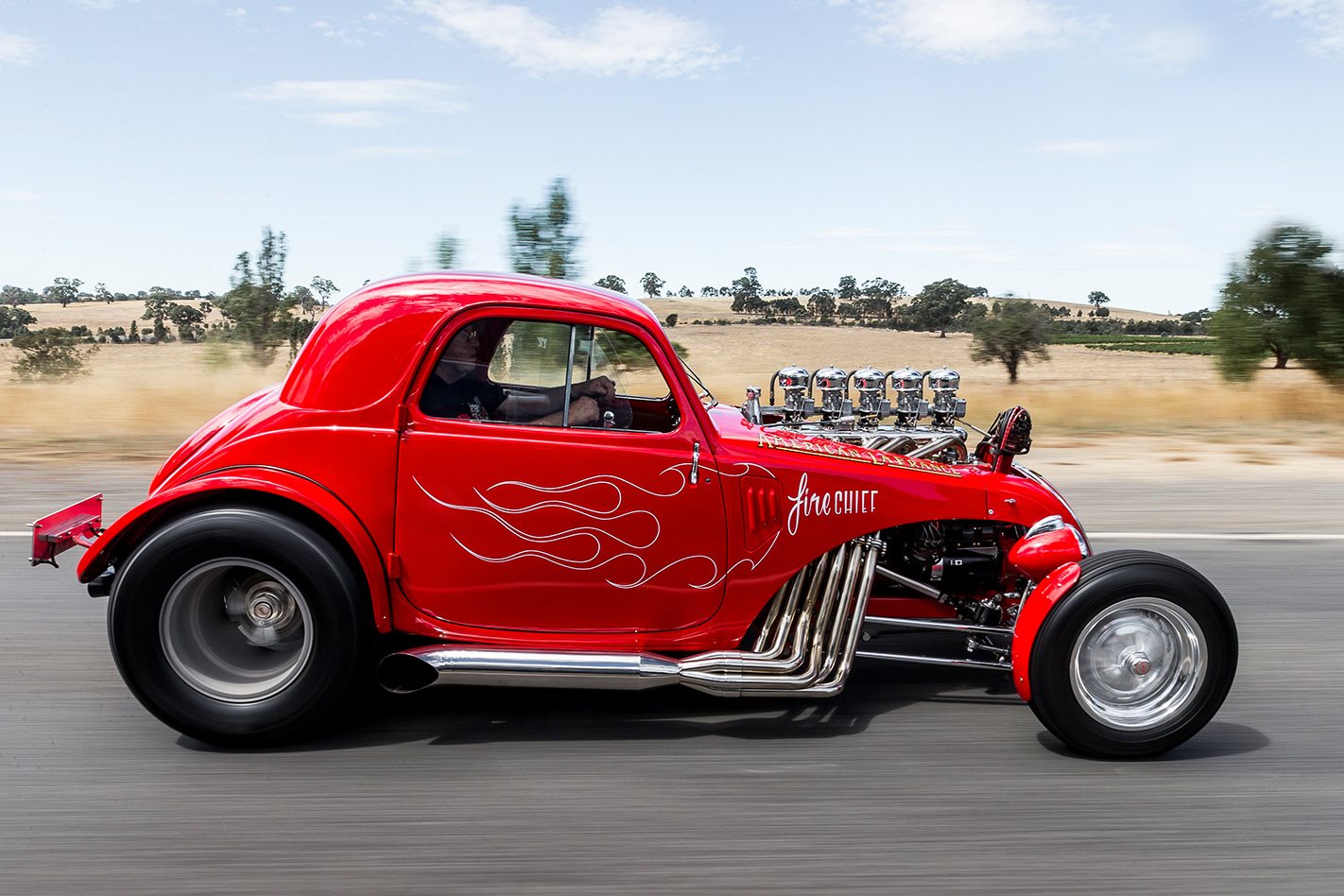 ROD HADFIELD’S FIRE CHIEF
At 70 years young, Rod Hadfield remains Australia’s most audacious custom car builder. This issue we feature his ’48 Fiat Topolino, which is powered by a 527ci American LaFrance V12. “The LaFrance is the best looking engine you could ever imagine,” says Rod. “Built under contract by the Lycoming aircraft company, it was very advanced for its day and the quality was incredible.” The same could be said for the way Rod has hot-rodded the engine and then jammed it inside the tiny Topolino – the build quality is off the charts, but like every car rod has ever built, it wasn’t made to sit inside a glass case. “It is sheer terror driving it,” he says. “It twists up and off it goes.” 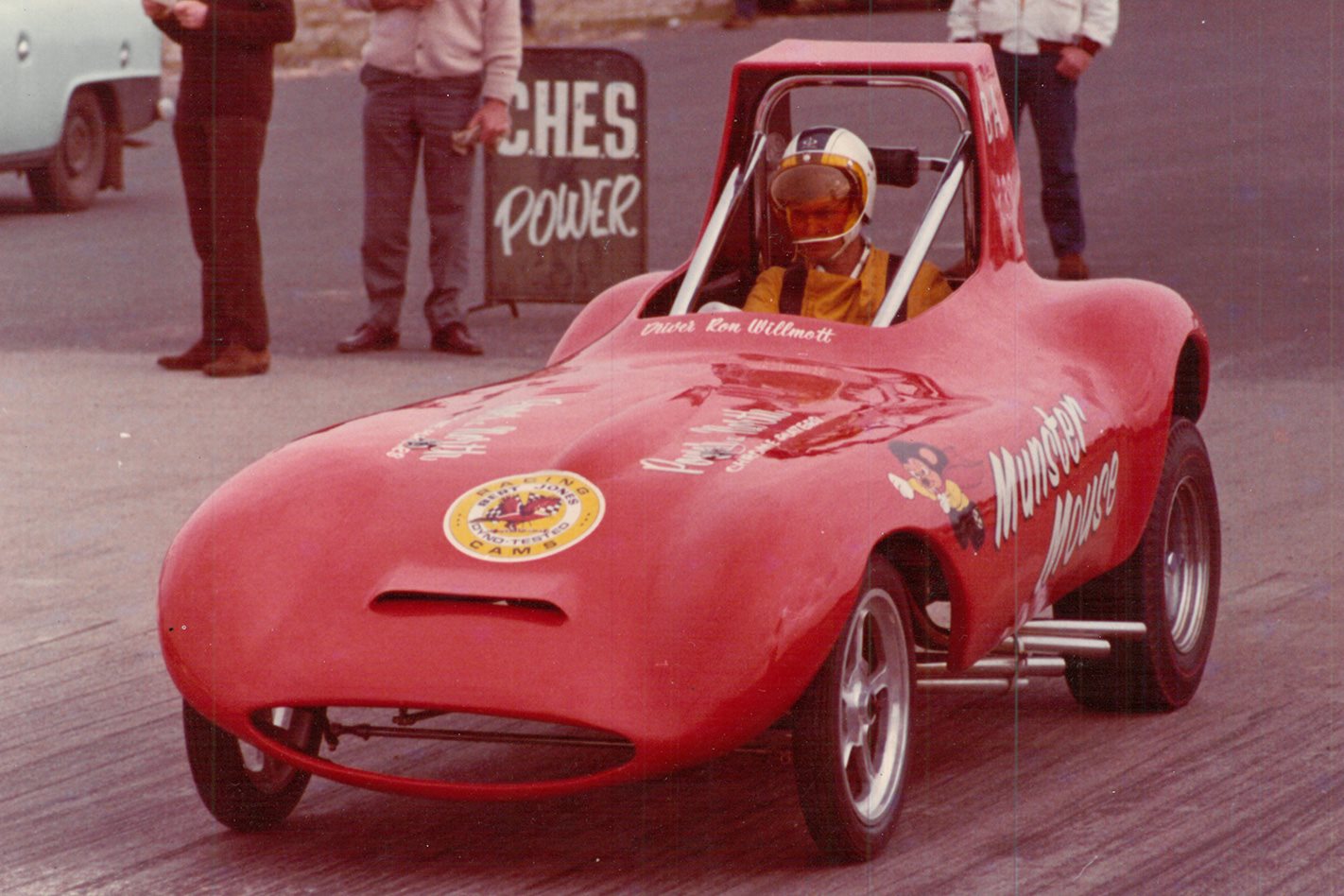 MUNSTER MOUSE
RON Willmott’s Munster Mouse funny car was built in Western Australia in the late-1960s, based upon a JWF Milano kit car. Ron started the project by fitting the stove-hot 179 out of his custom FC ute into the Milano and calling it Mighty Mouse. With a full chassis and a flip-up body, the car became the centre-steer Munster Mouse! Ron takes us through the history of this cool example of the backyard innovation that made the early years of Aussie drag racing so much fun. 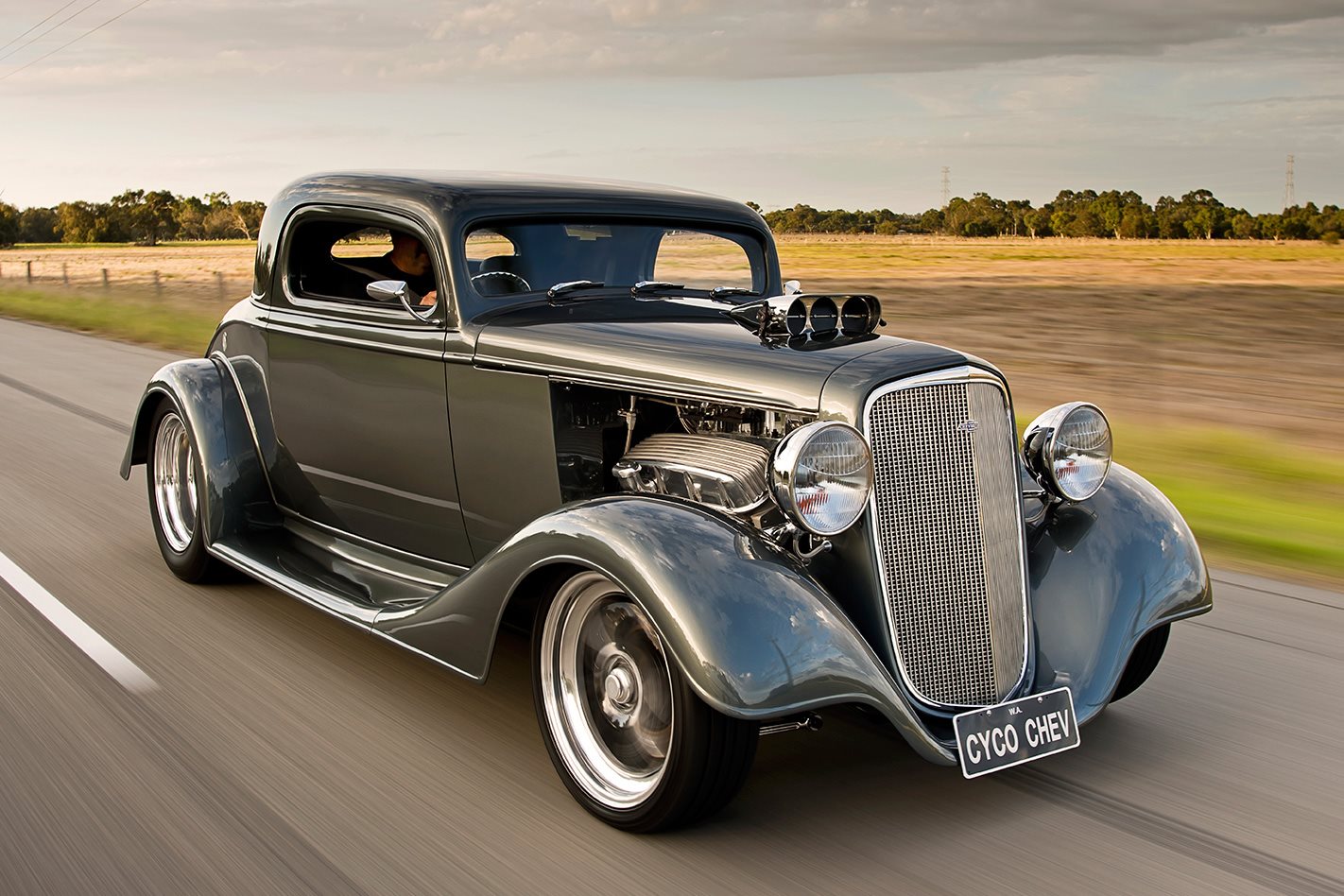 COUPE DE RACE
CHEVROLET-based hot rods are vastly outnumbered by their Ford rivals, but Jason Lowry’s ’34 Chev coupe proves that with the right hand, they can be cool, too. A 1000hp blown big-block from the house of Shafiroff is a good starting point, backed by a TCI 6X six-speed automatic. A tasty chop, righteous stance and Nightshade Green duco from a ’68 Pontiac GTO add up to a lesson in how to build a tough, but tasteful contemporary hot rod. 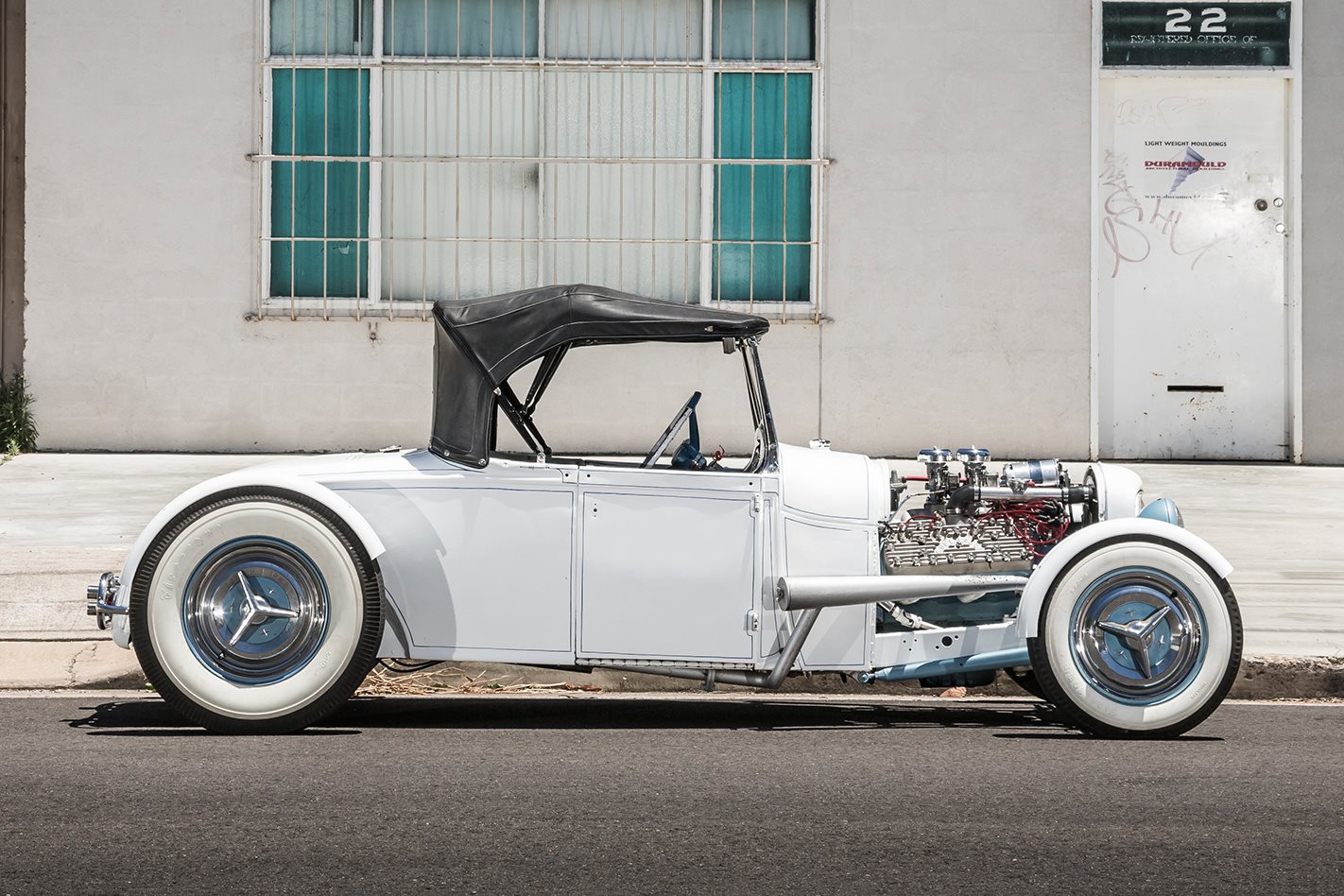 THE SPUTNIK
AT the other end of the rodding scale is Ashley Cave’s 1928 Model A roadster, dubbed The Sputnik. Built on a budget in just 90 days, it is a throwback to the style and the get-it-done attitude of 60s East Coast hot rods. With its bitching channelled profile and ‘unchopped’ roof, the roadster stands out in a sea of traditional 40s-style builds, but it is the myriad of cool details that grab the attention of onlookers, such as the steering wheel – which is a survivor from an Adelaide-built Lightburn service car. 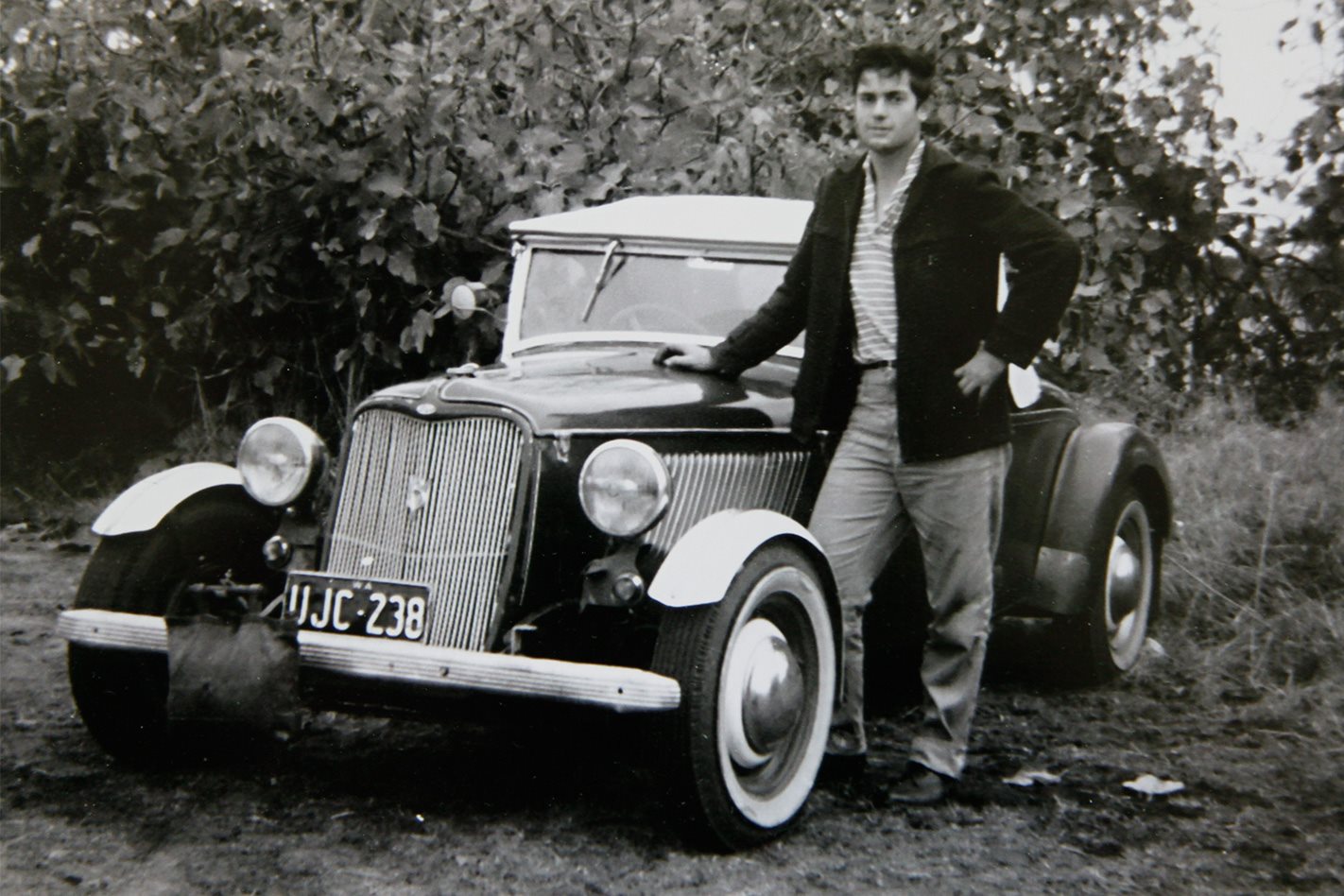 THE REDCLIFFE RODDERS
DID you know that hot rods were being built in Perth as early as 1957? Neither did we, but it turns out that Central Avenue in Redcliffe was the place that hot rodding was born in the West. Sixty years later, the guys involved are still good mates. Some are still into hot rodding, but all of them have excellent tales to tell – some inspiring, some hair-raising! 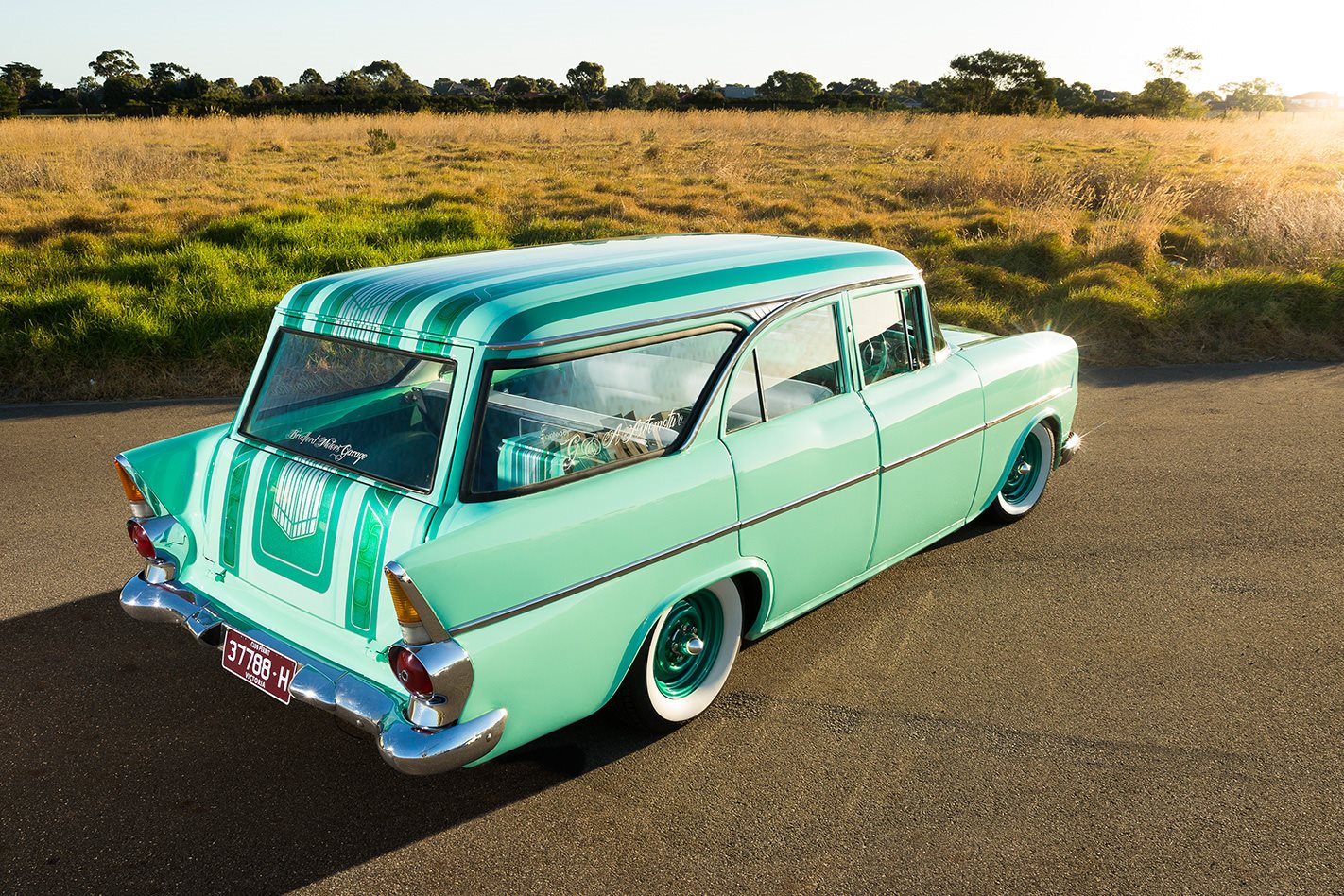 WAGONS UNITED
LISA Bradford’s mild custom EK Holden wagon is one hell of a nice daily driver! A smoothed body and tasty custom paint by Lisa’s partner Max McGinnis is one thing, but wait until you see the wild interior from the fertile mind of Glenn French! 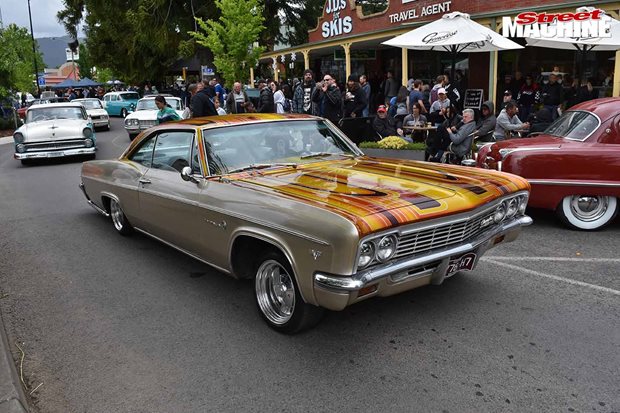