The November 2016 issue of Street Machine is on sale now, stuffed with awesome feature cars, Red CentreNATS coverage, and much more

IT HAS certainly been a busy month at Street Machine HQ. In between madly organising Drag Challenge and jetting off to Alice Springs for Red CentreNATS, we managed to get down and dirty at the Uralla Dust Up, and go for a drive in the awesome King Kong Cuda on the mean streets of Sydney.

Scotty also disappeared off to America for a couple of weeks to check out something called Hot Rod Drag Week – you might have heard of it before. But you’ll have to wait ’til the December issue to hear about that; in the meantime, check out all the goodness that awaits you in the November mag, on sale now. 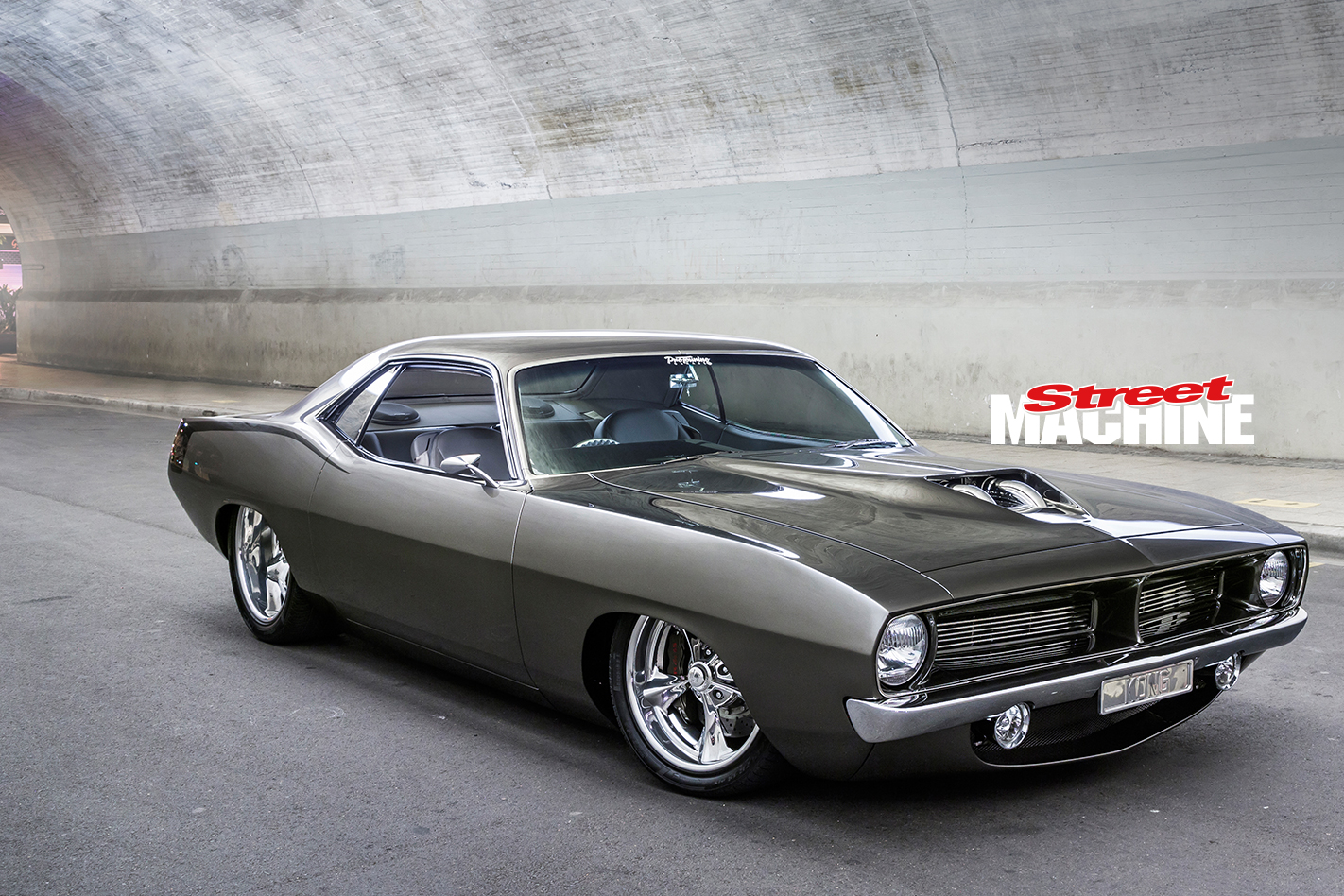 On the cover is Greg Holmes and Chris Palazzo’s ’70 Barracuda, known to one and all as King Kong Cuda. It’s a former Street Machine Of The Year winner, originally built by drag racing legend Graeme Cowin. But current owners Greg and Chris are adamant that despite being a killer show car, the fully rebuilt ’Cuda now drives as good as it looks. Naturally, we were keen to put this to the test, so Chris handed over the keys and off we went! 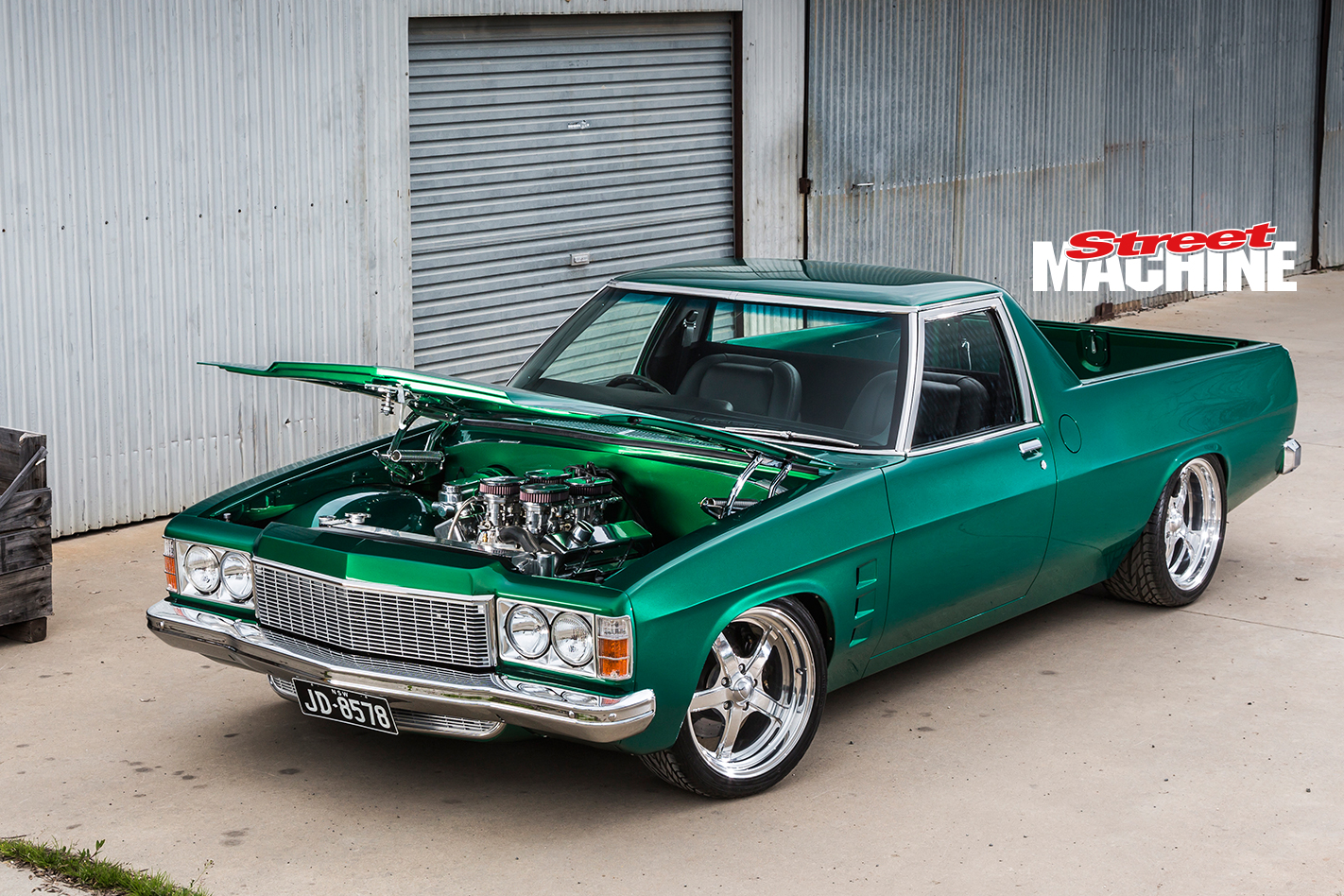 From humble beginnings as a rust-bucket pulled from swamp land, John Dwyer’s HQ Holden ute has been reborn as a show-worthy Poison Ivy-clad stunner. She runs a 350-cube small-block Chev with all the fruit inside and quad Weber carbs. The idea was to build it close to sprint-car spec without losing streetability. 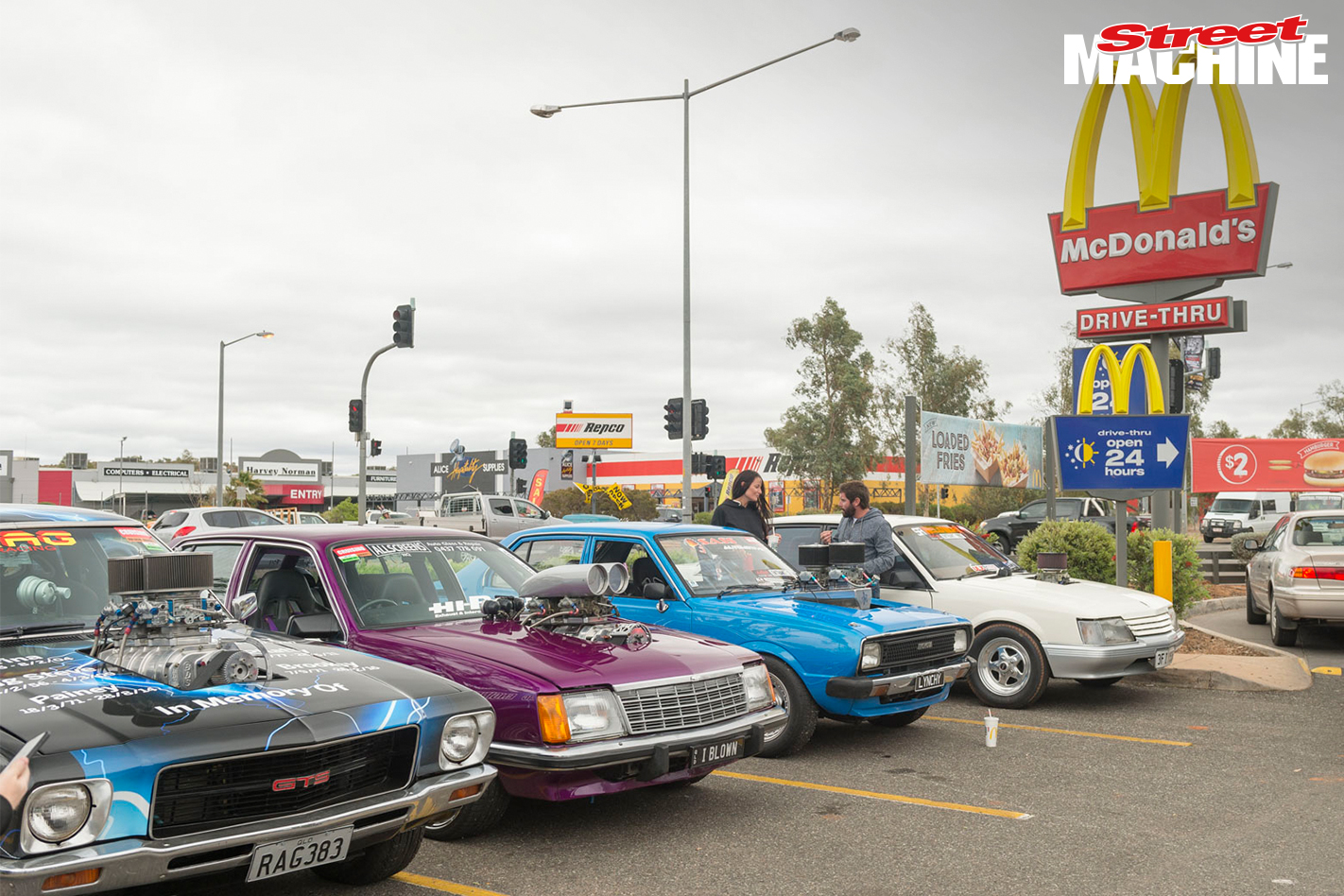 Red CentreNATS was off its head this year! With over 700 cars, including some of the best burnout and drag cars in the country, you couldn’t have hoped for much more. Like last year, they pretty much let you drive anything on the streets of Alice Springs – didn’t matter if you had a blown and injected burnout beast or a seven-second drag car. That was entertainment enough to be honest, but then you had the burnout comp, plus racing, show ’n’ shine, cruising and live music. Cracking event. 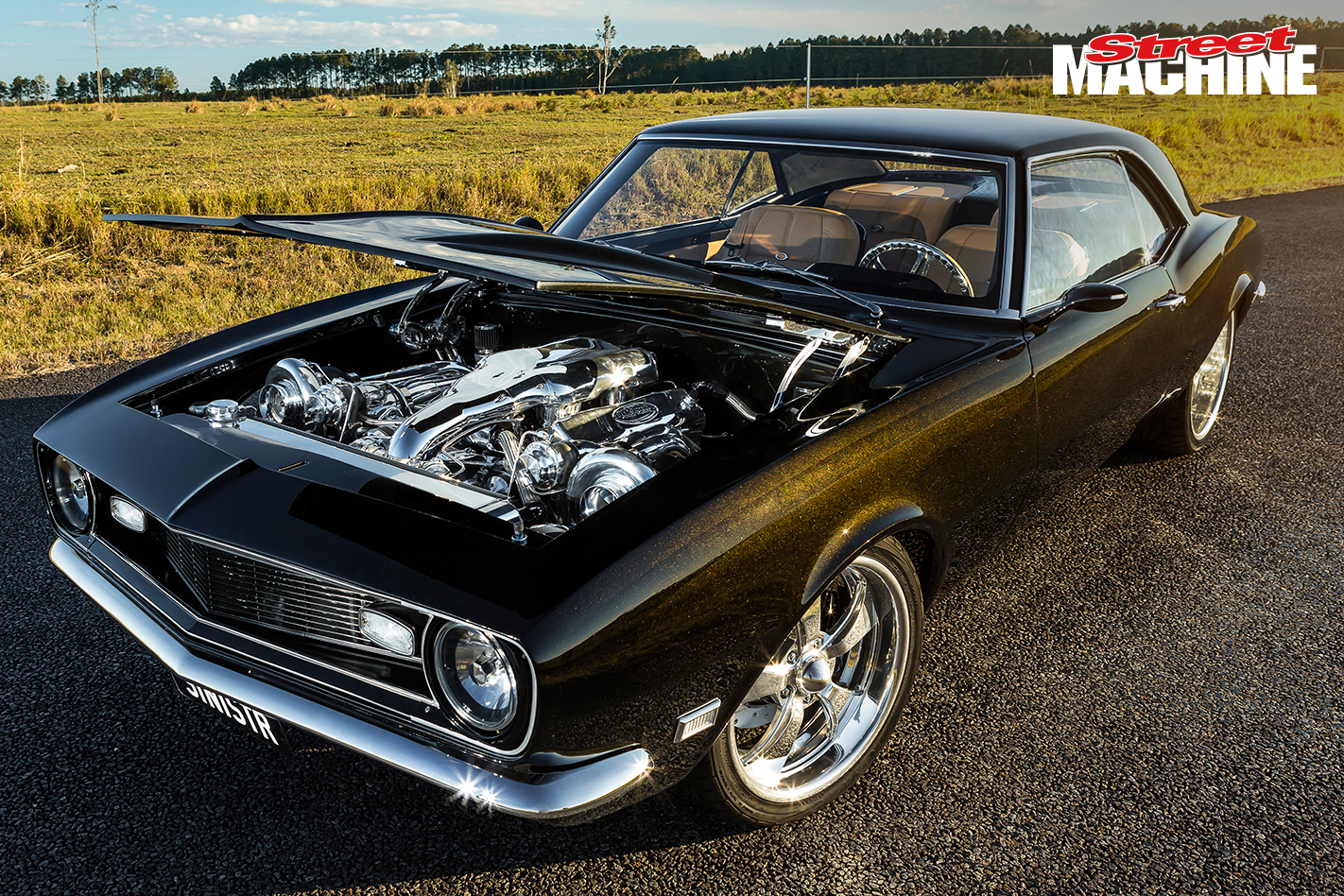 Another regular on the show car circuit is Steve Hopes’s ’68 Camaro. Flippin’ hell, this thing is nice – we’re talking race-spec suspension, custom bodywork, an interior that would make a Ferrari owner weep, and to top it all off, a Nelson Racing Engines twin-turbo 406ci small-block pumping out 1451hp. 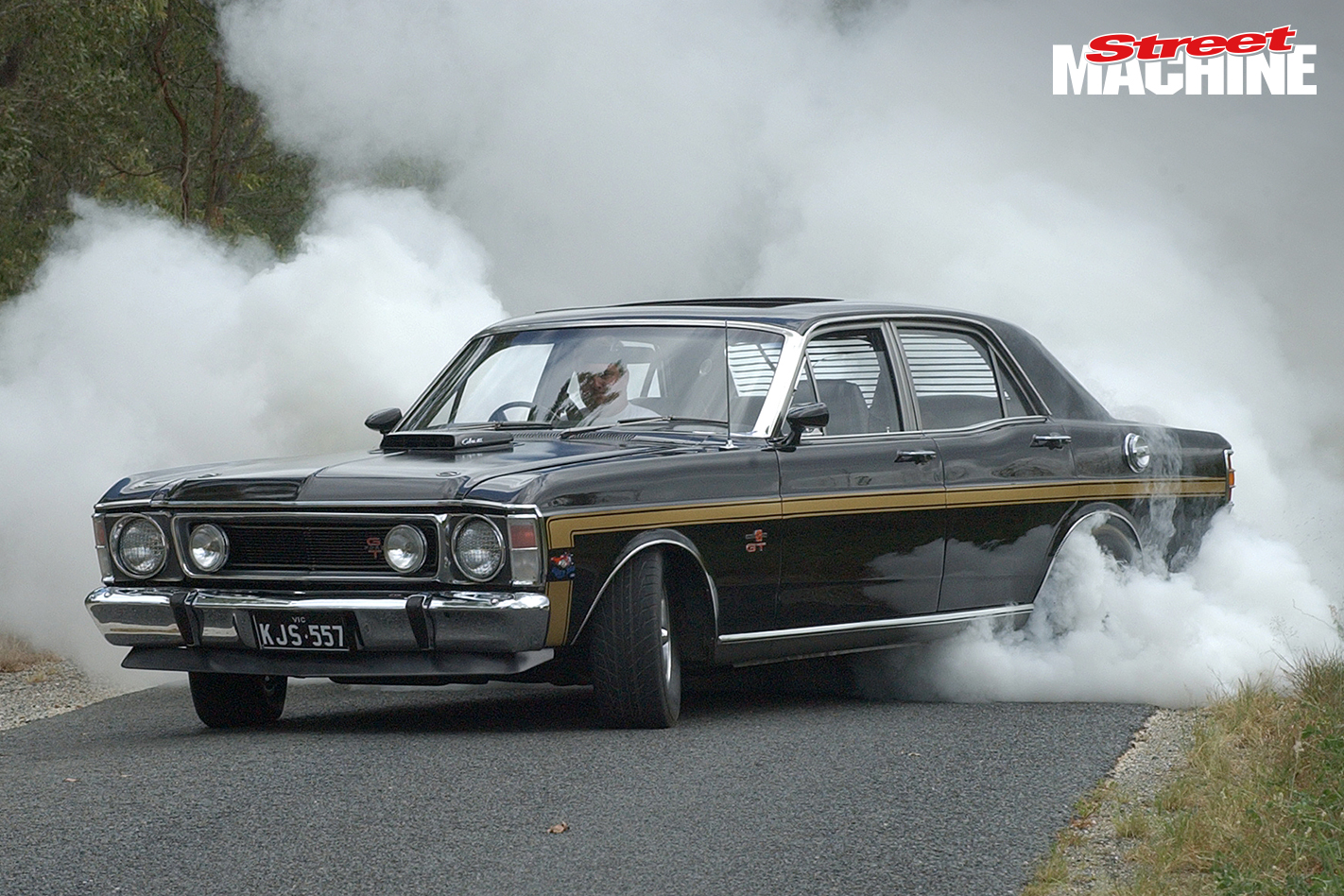 Bill Bourke was managing director of Ford Australia from ’65 to ’71, and in that time he basically kicked off the Aussie muscle car genre by creating – you guessed it – the Ford Falcon GT. We dig into the history of Bill’s personal ride – a one-off, 428ci big-block Cobra Jet-powered XW Falcon. 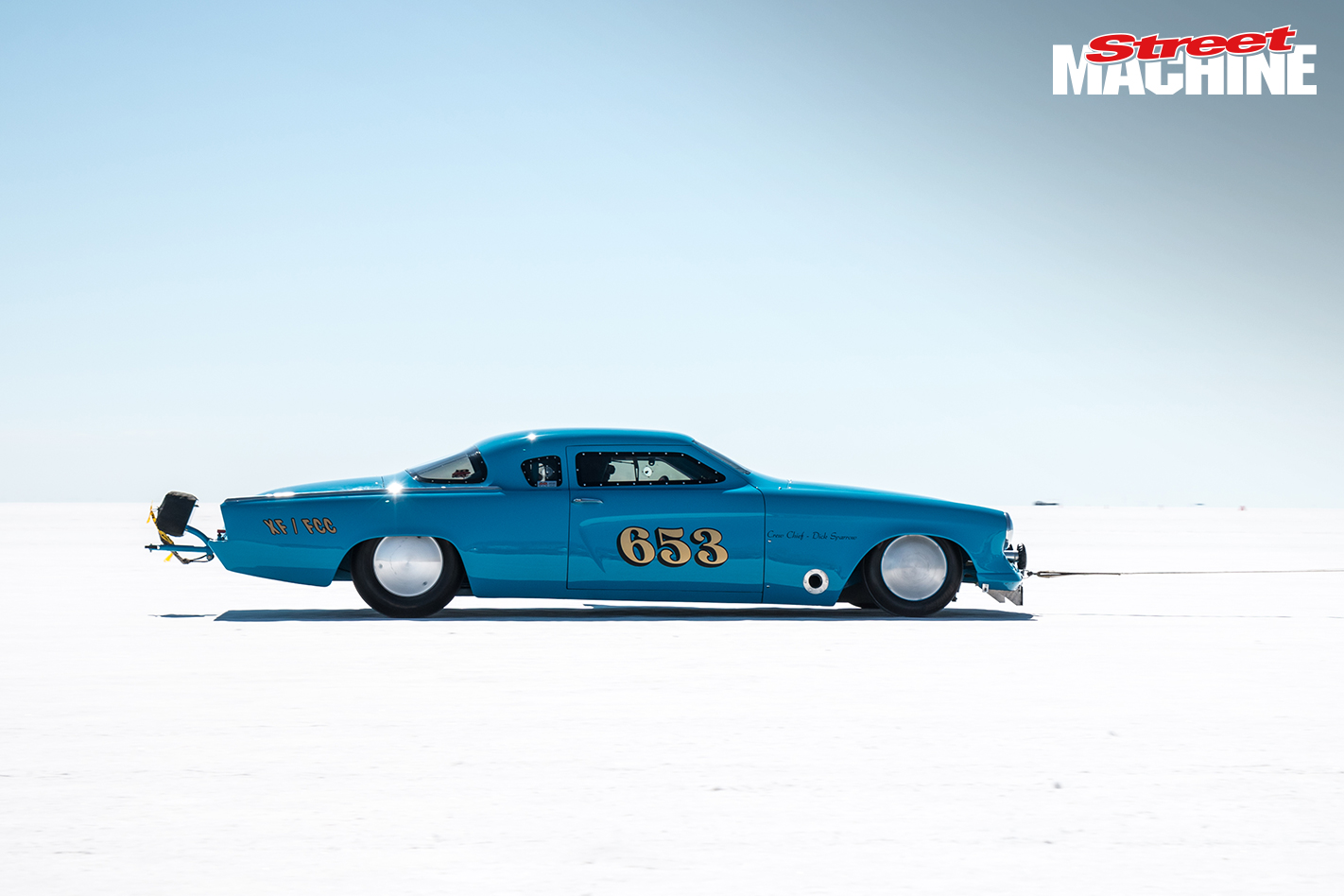 The salt racing faithful have been waiting a long time for this. Bonneville Speed Week returned for the first time in three years, and of course our man in the USA Povi Pullinen had to check it out. 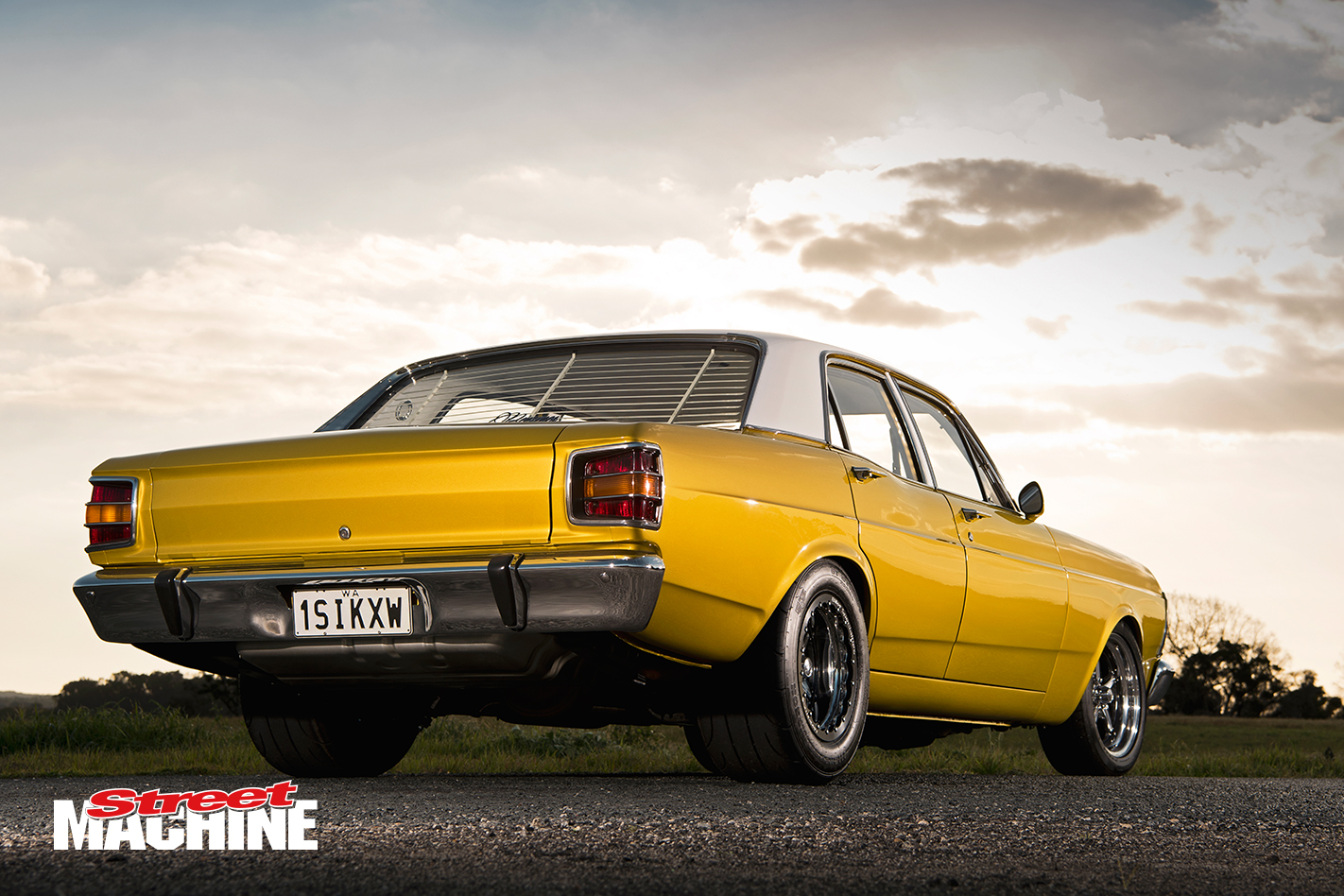 Johnny Ielati has continually developed and refined his Ford XW Fairmont for over 20 years. His latest vision includes a street-friendly 393ci Windsor sat in a smoothed engine bay, with a C4 and nine-inch. 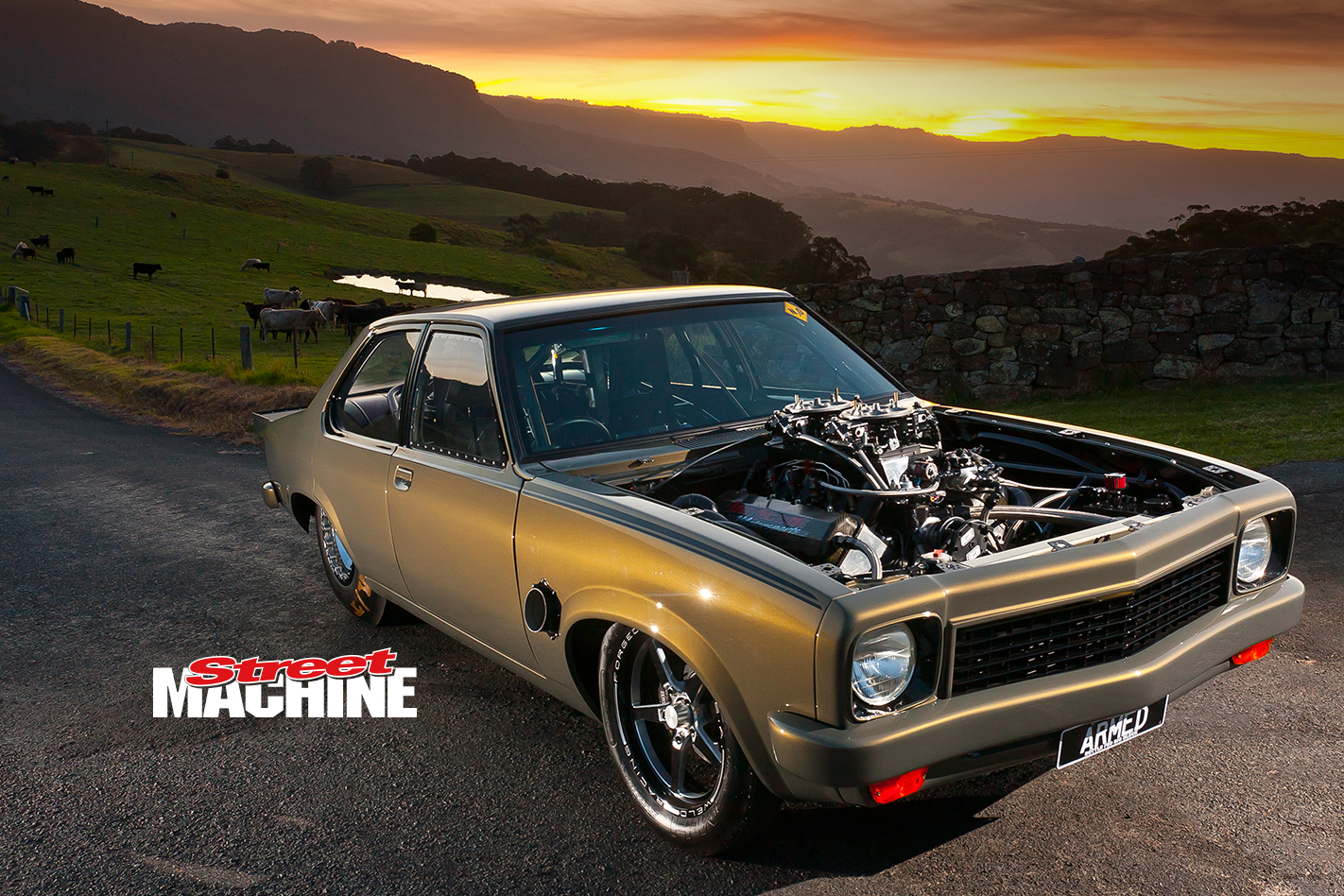 Heath Doherty’s head-kicking big-block Torana is cooking with gas – and plenty of it. With three kits of nitrous, the 632-cube rig pumps out 2000hp through a TH400 and full-floating, 40-spline, sheet-metal nine-inch. With just one nitrous hit the car went 7.7@181mph with converter issues, and Heath is confident it will go sixes once sorted. 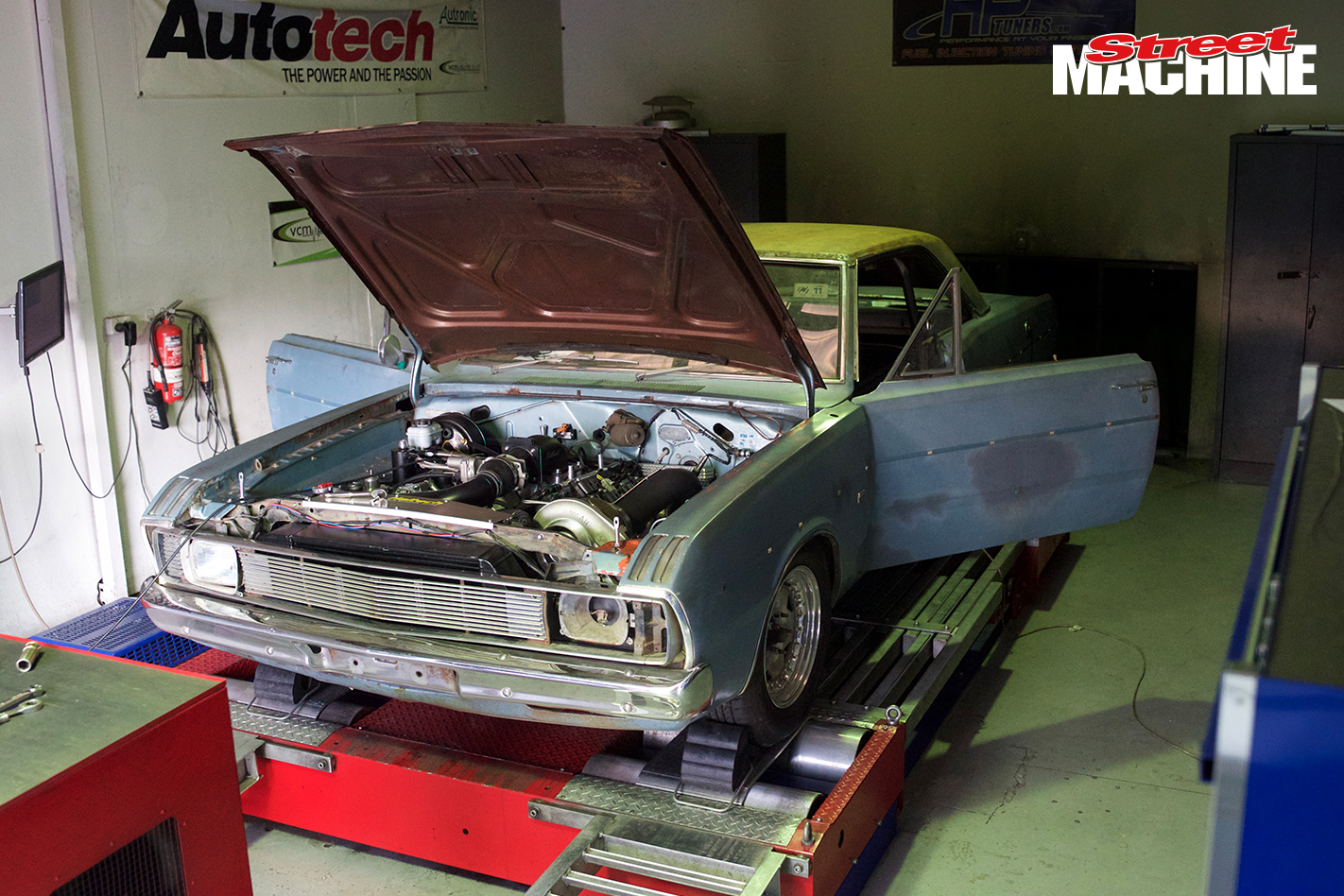 Arby’s POR440 turbo LS Valiant build has moved into high gear, with the car hitting the rollers for the first time for tuning. We won’t say how much grunt it made here – you’ll have to read the mag – but the stock-bottom-end 5.3L LS didn’t blow up with 20psi through it. 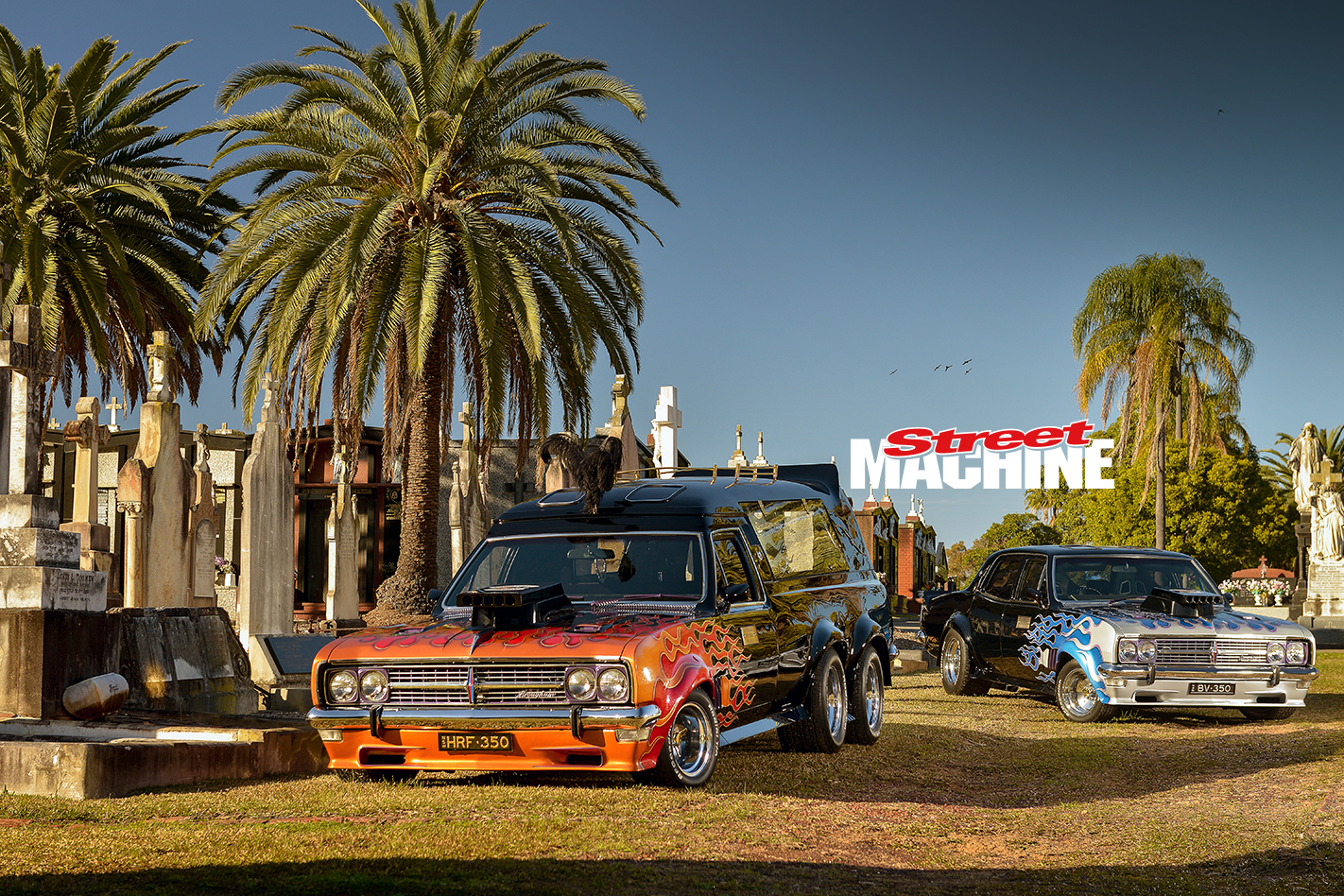 A funeral serves as a celebration of someone’s life – so why shouldn’t they get in on the action for their final ride? Why spend a lifetime cruising around in style, only to go out in a sleepy white misery mobile? That’s where Bruce Varley from Hot Rod Funerals comes in with his pair of hotted-up, funeral-spec Holdens.