THE October issue of Street Machine magazine is on sale now, crammed with awesome feature cars and cool event coverage. 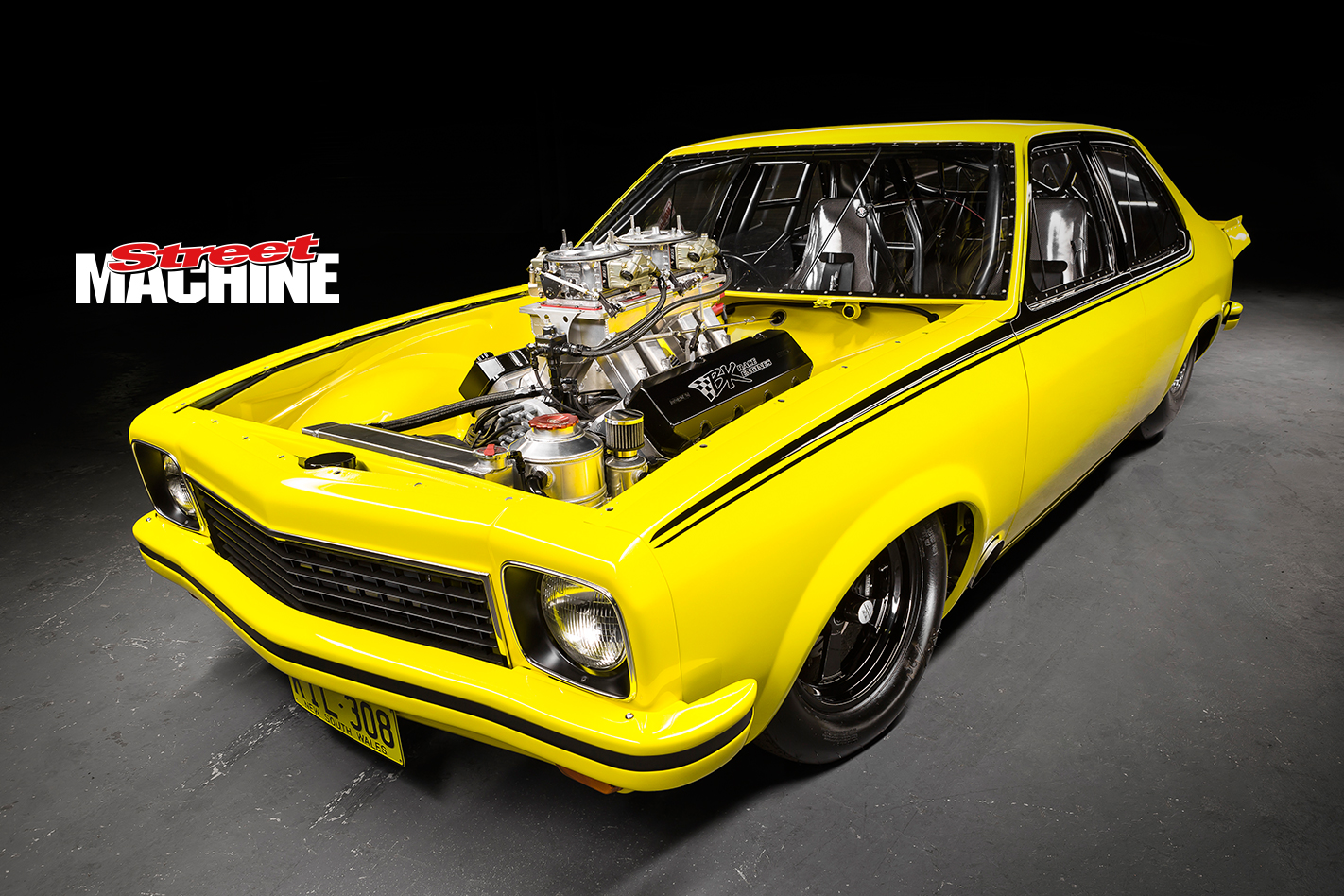 On the cover of the new mag is David Hellyer’s insane 632-cube naturally aspirated pro street Torana. Capable of running mid-sevens down the strip, the car is equally at home on the show scene, with outstanding build quality and attention to detail. 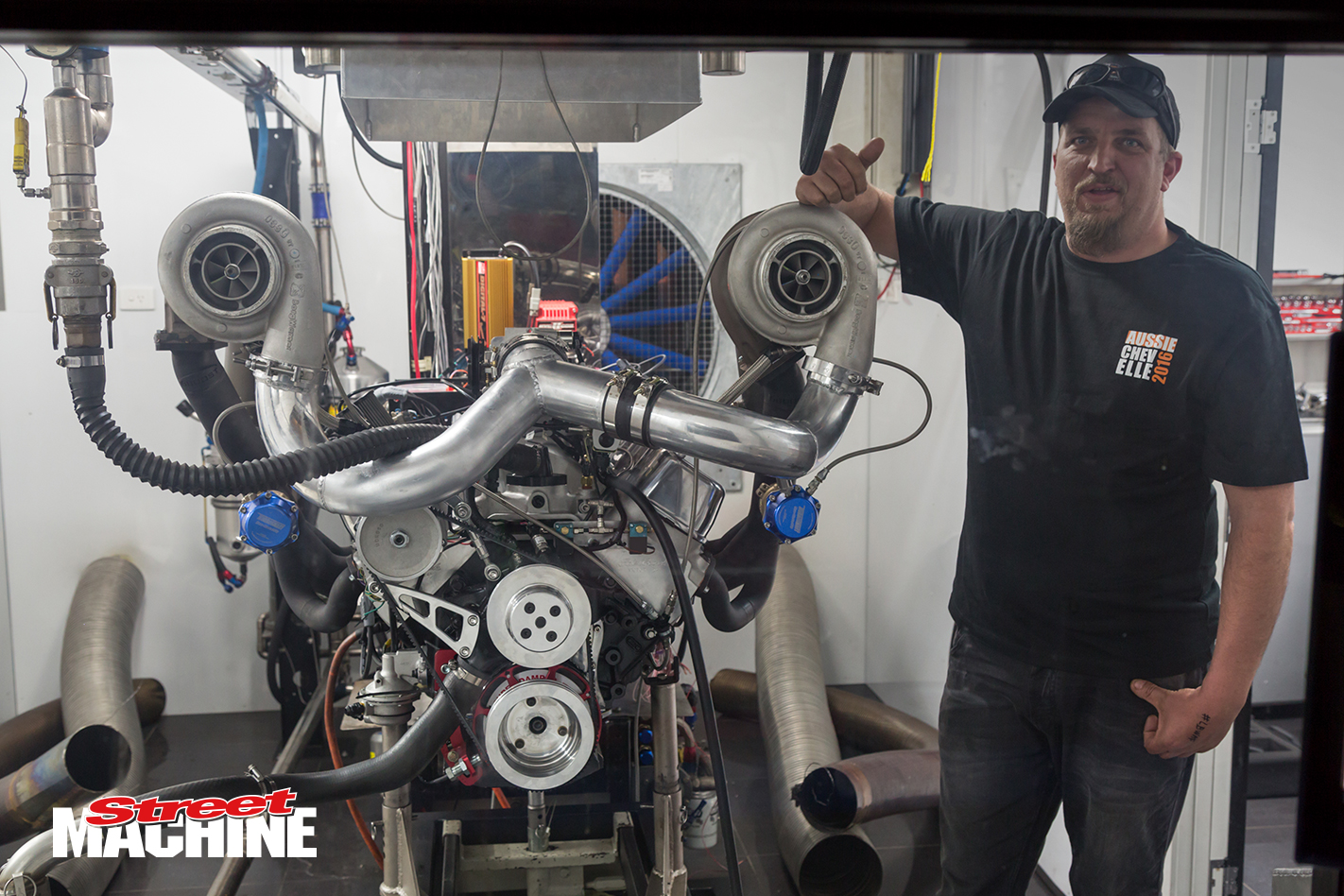 We preview Hot Rod magazine’s Drag Week, as Harry Haig and the boys with the shagged Chevelle get ready to return to the US for the gruelling event, with more cubes and a lot more boost. We’re sending our resident drag racing fanatic Scotty over to cover the event and see how Harry and the other Aussie guys go this year. 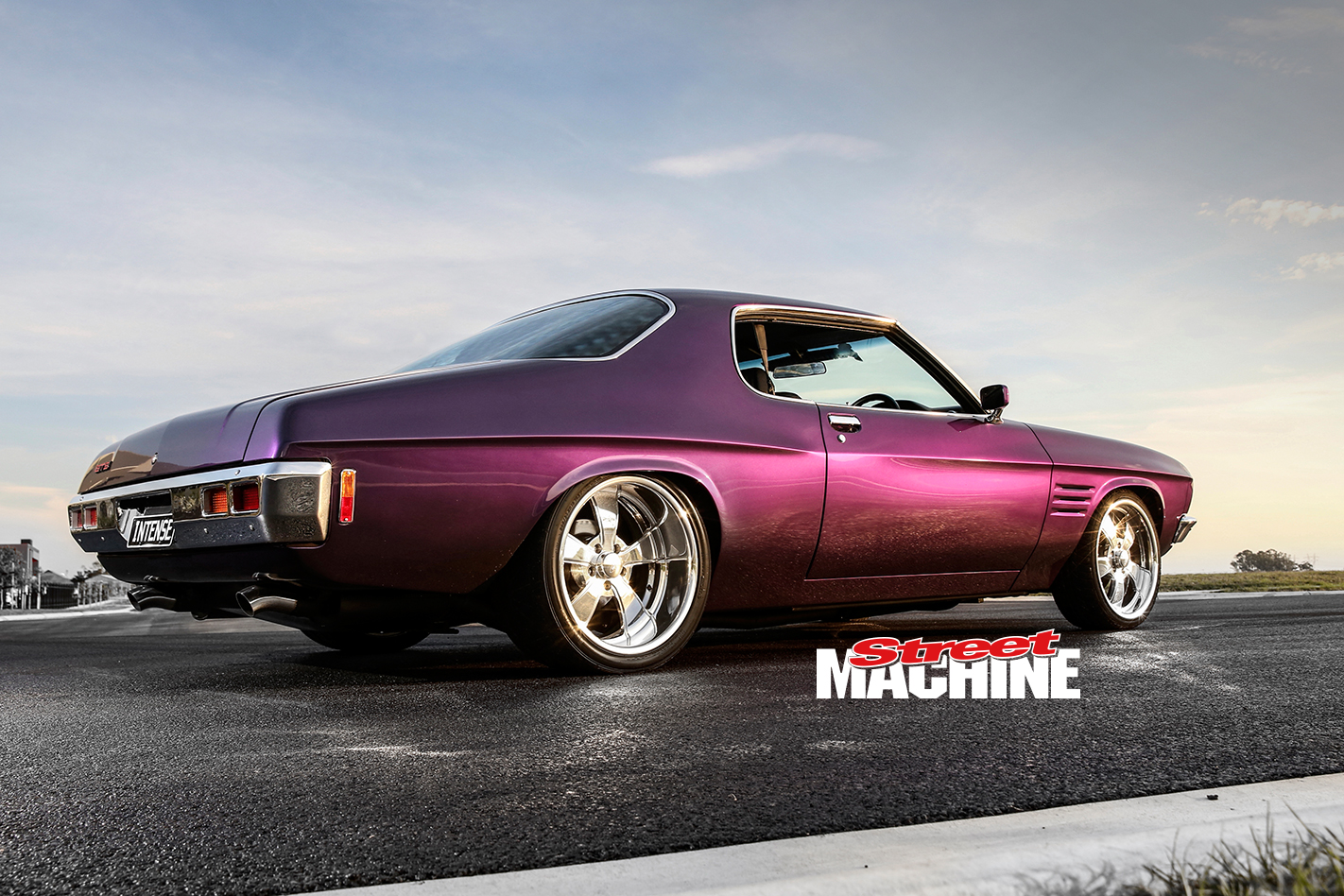 Michael Schena has turned a basket-case Monaro into a cruising and bruising, show-ready burnout and drag car. The car does it all with a Powerhouse 540ci Chev Dart motor, which has helped the Monaro pop around 25 sets of tyres. Michael doesn’t hold back and drives this thing like he stole it! 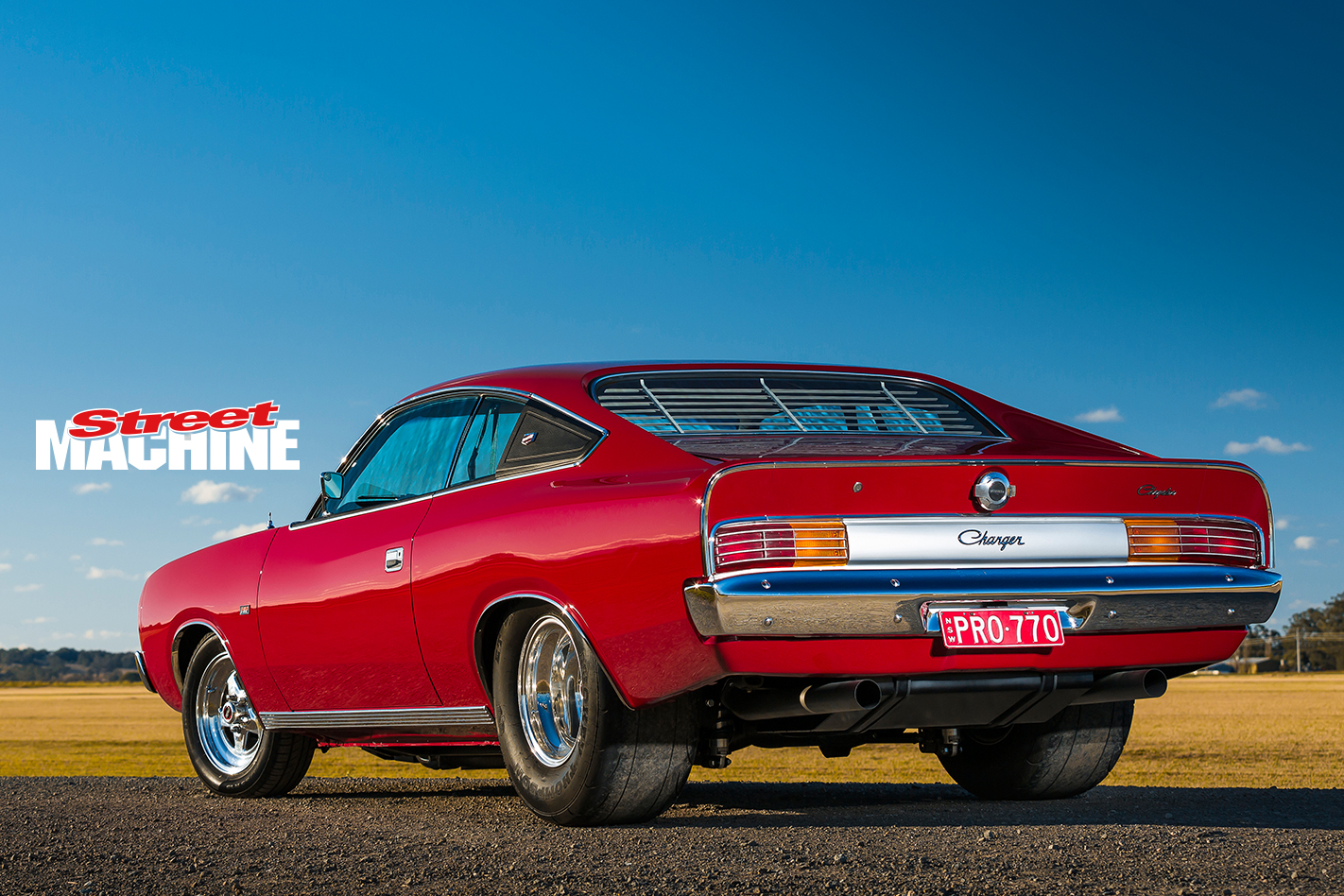 Jimmy Cemal found his happy place blending restoration with race in the build of this fat CL Charger. It’s as retro as you’d like on the inside, but the performance is anything but old-school. Packing a 515rwhp 408ci small-block, Jimmy hopes the car will run in the nines. 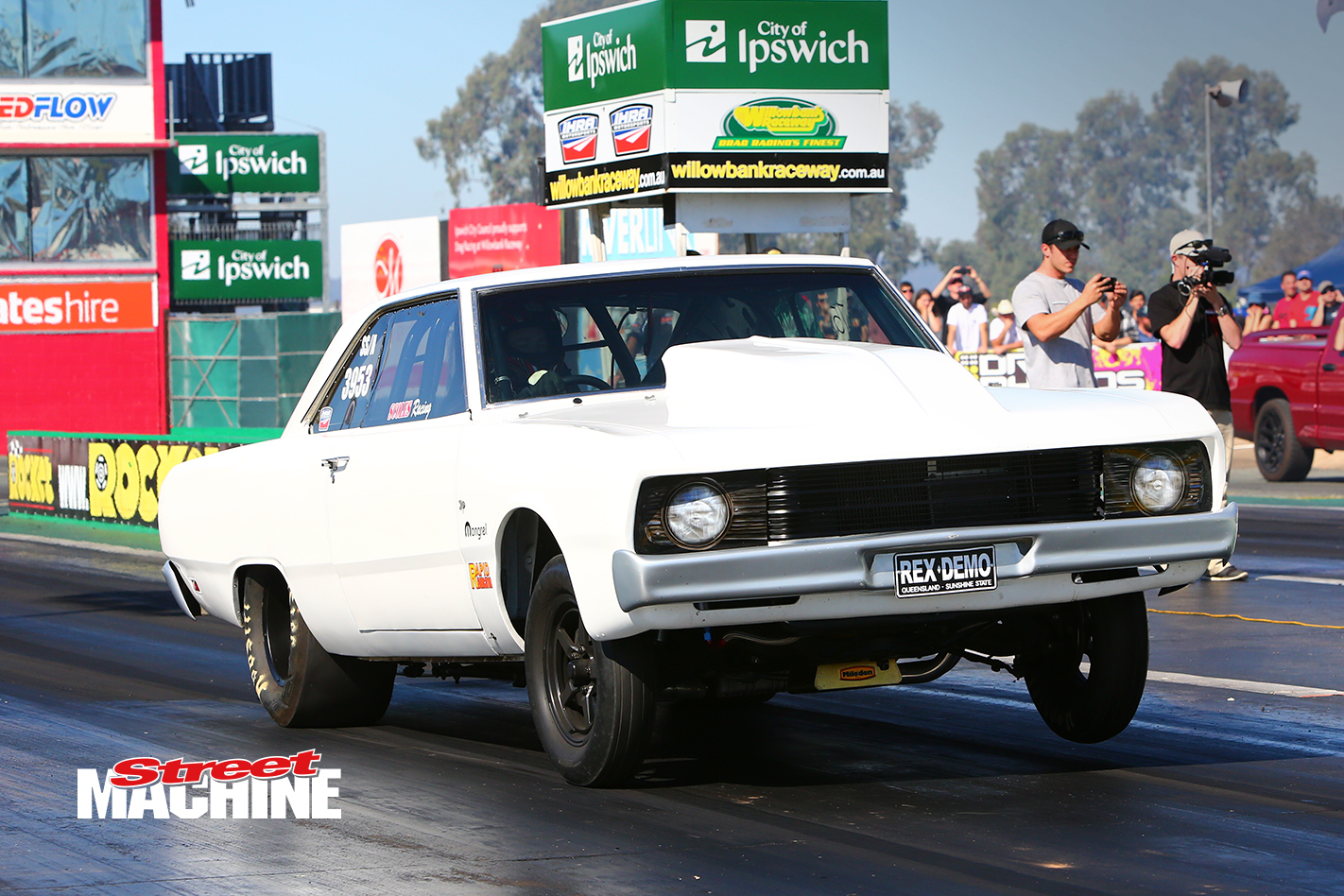 We head to Willowbank for Mopar Sunday, as Chrysler’s faithful unite to burn rubber with everything from dedicated race cars to street cars and hot rods. After last year’s double rain-out, the Mopar Gods turned on a beautiful Queensland winter’s day, and there were some bloody quick times run. 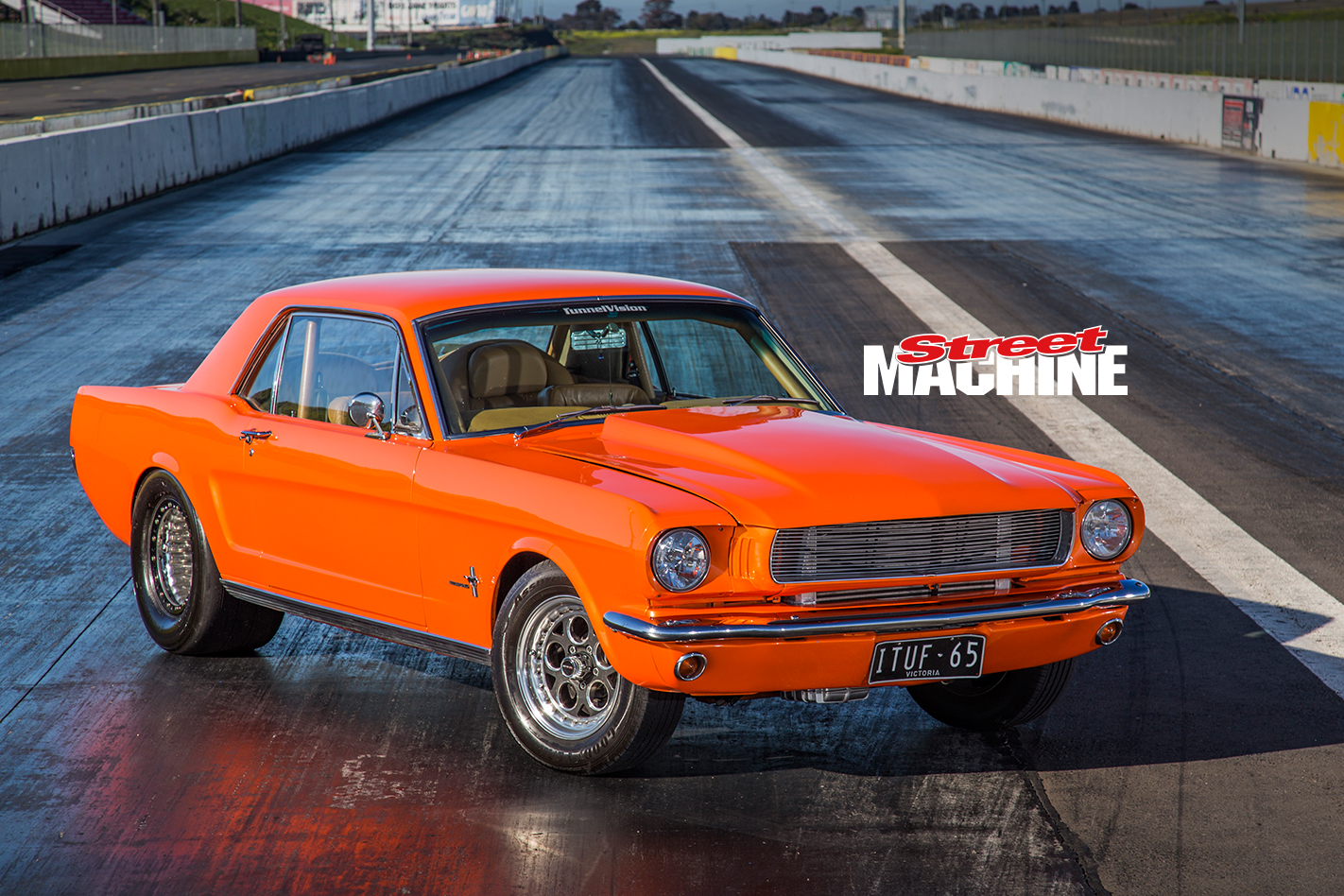 Having run an 8.16@172mph, John Colaidis’s six-cylinder Mustang is one of the quickest true street cars in the country. The motor is a trusty AU Falcon six de-stroked to 3.8L from 4.0 by the guys at Tunnel Vision, and she makes around 1400hp on E85 juice. This thing boogies! 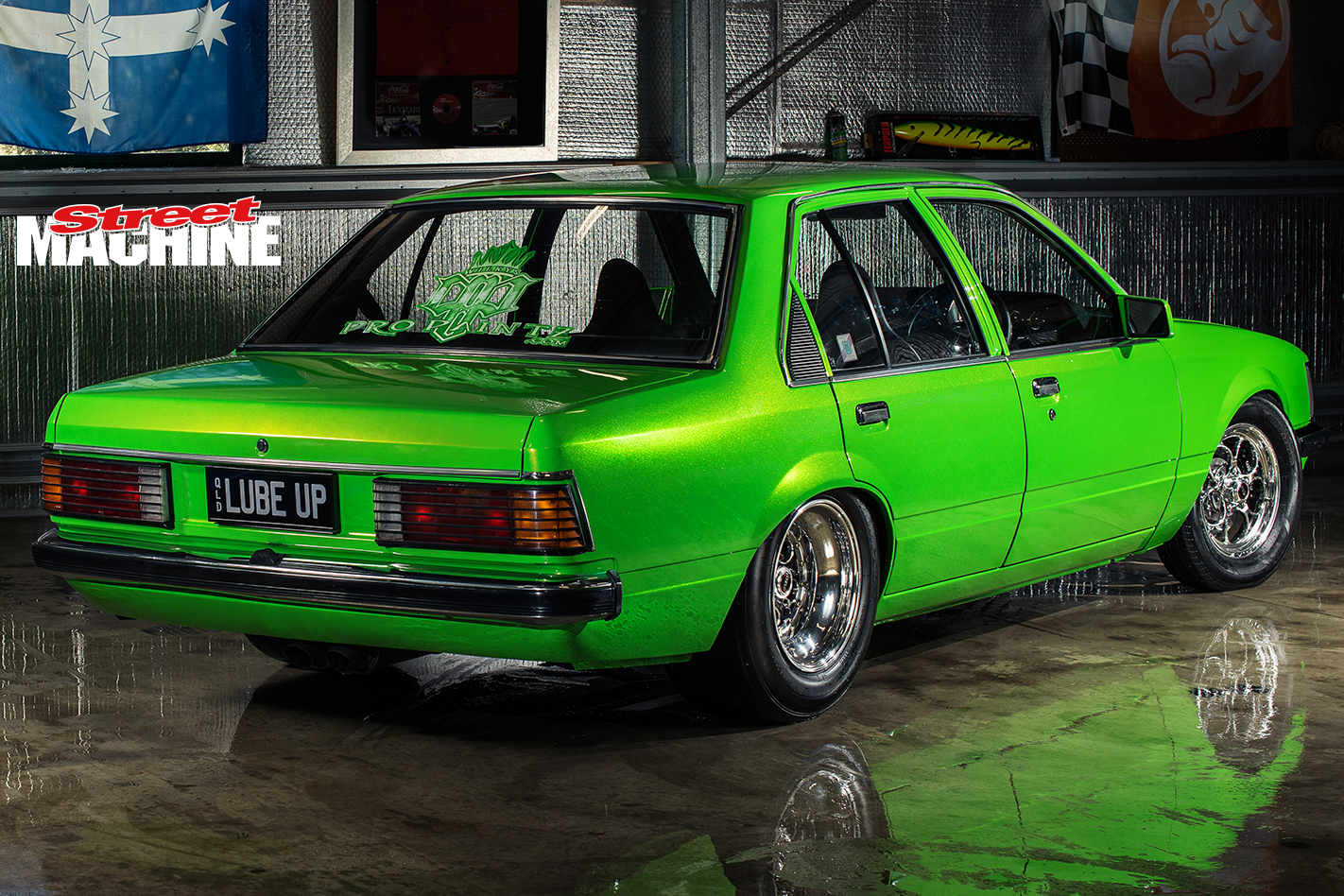 Michael Lobie has transformed this once-humble 202-powered VH Vacationer into a mental turbo LS-powered nine-second streeter! Bolted to the tough-as-nails LQ9 motor is a monster BorgWarner S488 pumping around 760hp at the wheels through a Powerglide and nine-inch rear. 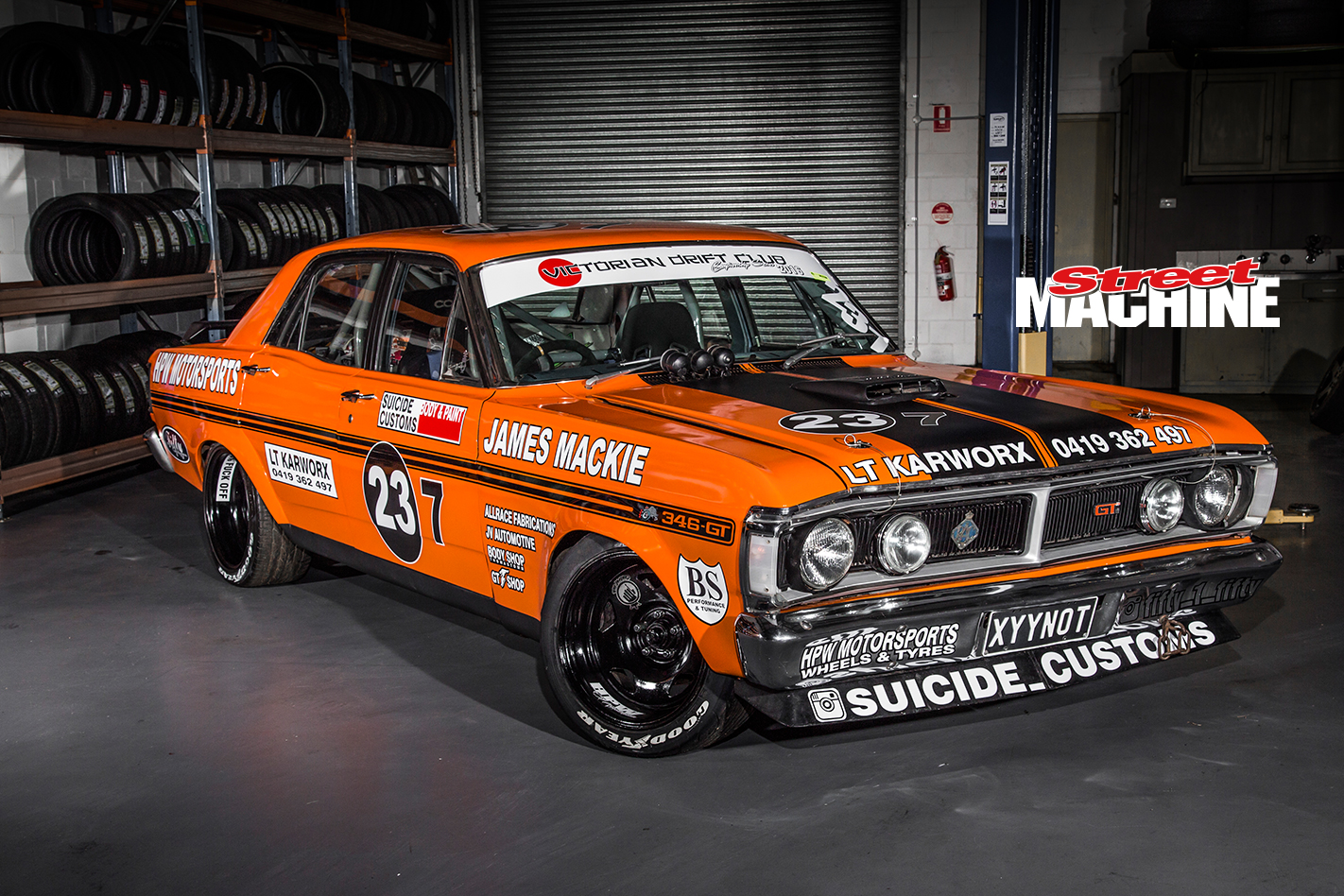 What the – ? James Mackie built this XY Falcon to take drifting! With a bit of help from a mild LS1 motor, a T56 six-speed manual ’box and some suspension fiddling, it makes one seriously cool skid weapon. James has just had the Moffat-inspired retro paint done and now he wants to get his hands on a NASCAR motor! 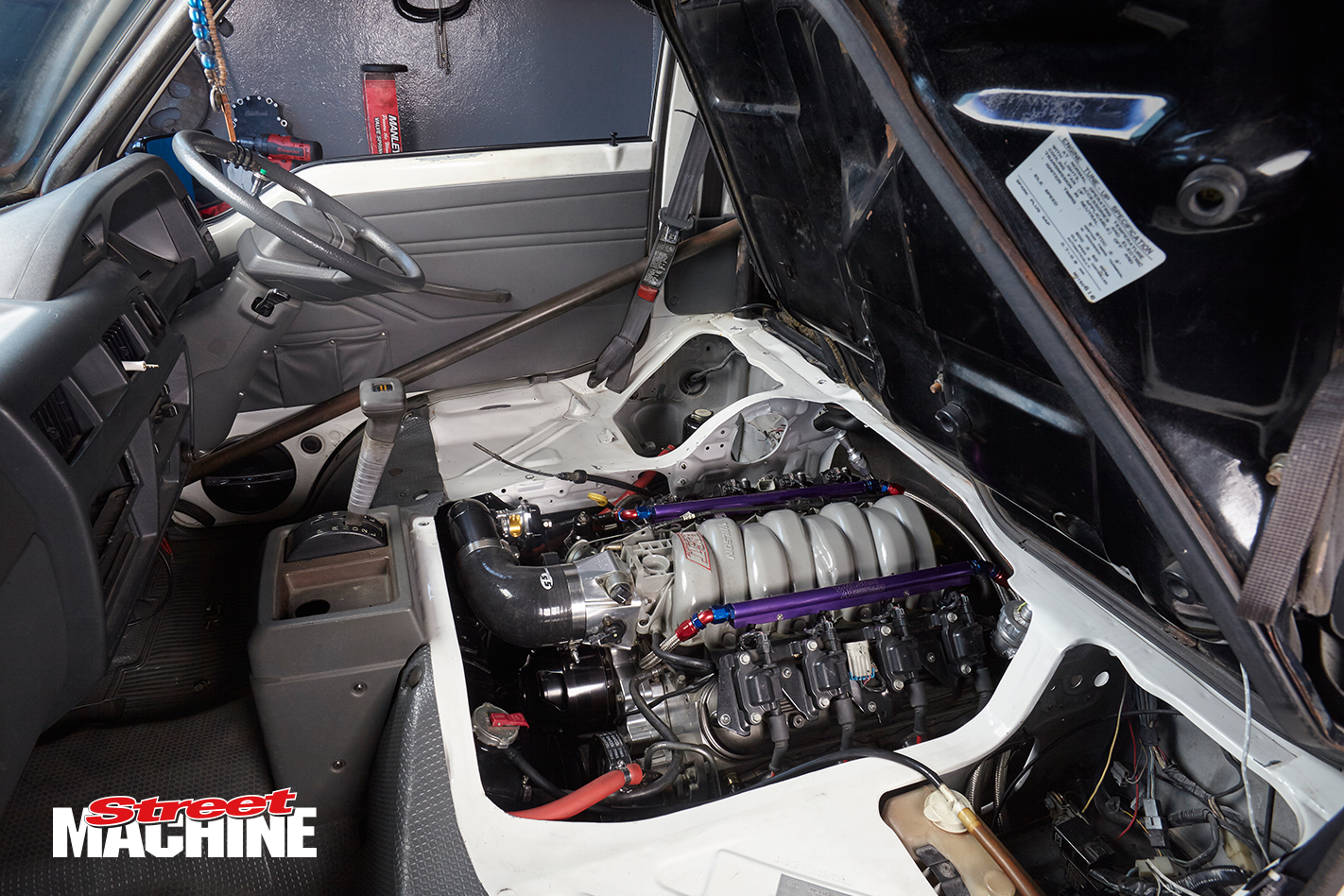 The LS-series engines are some of the most versatile and tuner-friendly on the market at the moment, and we’ve got more than a handful of them taking on Street Machine Drag Challenge this year! So this month we take a look at some of the tough, crazy and weird LS combos that’ll be joining us for Drag Challenge in October. And yes, that's an LS with twin rear-mount turbos in a Mitsubishi L300 van. 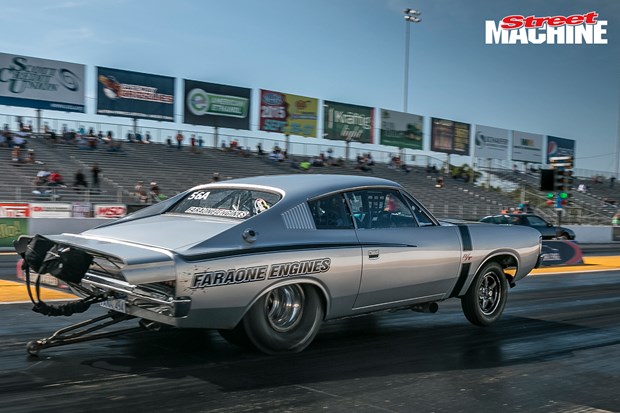 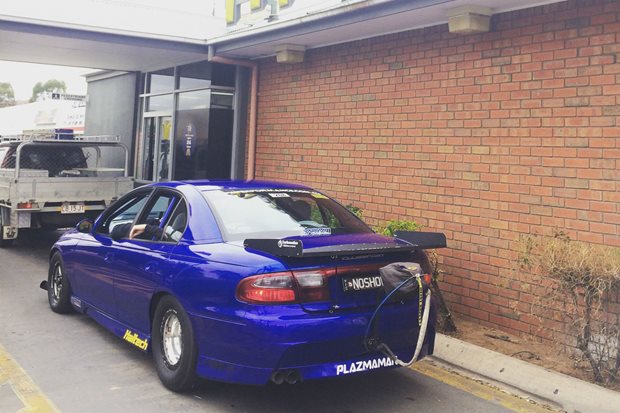 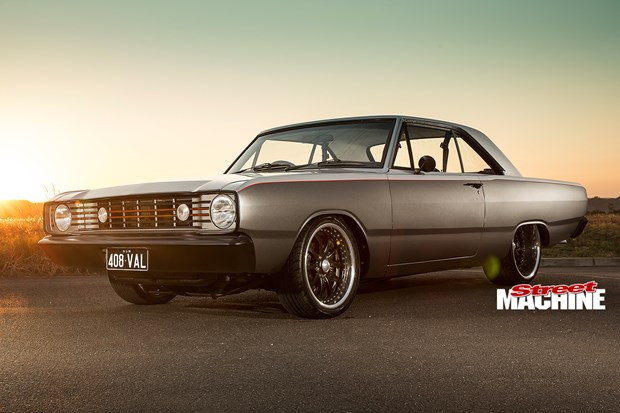