WITH the demise of home-grown heroes such as the Falcon XR8 and Commodore SS, the availability of affordable rear-drive performance cars in Australia has taken a serious hit in the past few years.

Ford’s Mustang was the right car at the right time, and it’s been a runaway sales success for the Blue Oval. In fact, Australia has become the number one right-hand drive Mustang market in the world. 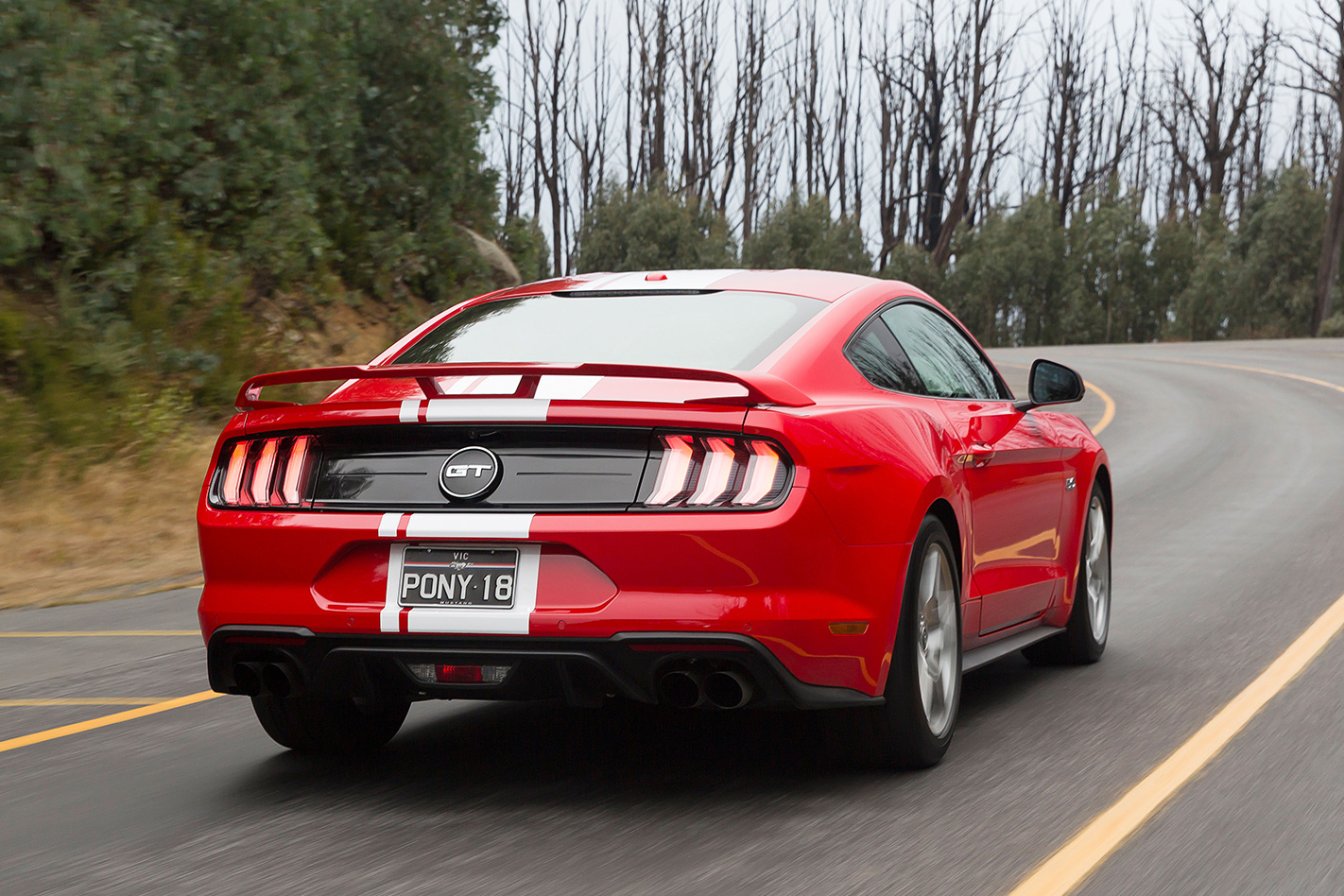 We’ve spent a fair bit of time in the 2017 GT, including the convertible we took on Drag Challenge Weekend, and a coupe that we prowled around Sydney in more recently. We loved them both, but they weren’t perfect, and after attending the launch of the 2018 Mustang we’re happy to report that the changes Ford has made to the car really hit the mark, addressing key areas where the previous model left room for improvement. 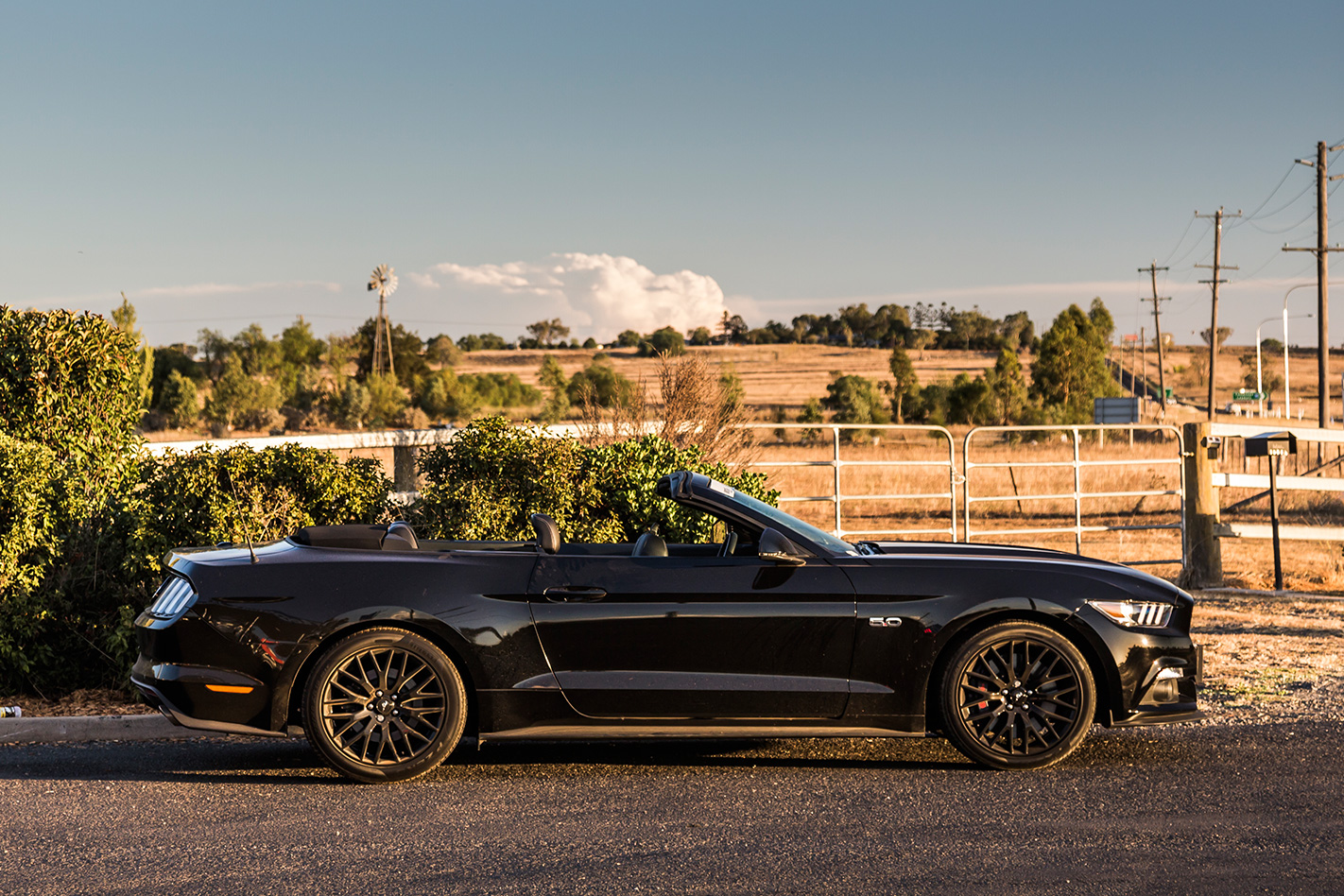 Ford was kind enough to lend us a drop-top Mustang GT for Drag Challenge Weekend. Aside from being a pretty handy thing for Dial Your Own racing, rolling with the roof down allowed us to get some spectacular car-to-car shots of competitors driving between tracks!

As far as mid-life facelifts go this one is quite comprehensive, going far beyond the love-them-or-hate-them styling revisions. The 5.0L Coyote V8 has had a birthday, with a jump in compression from 11:1 to 12:1, slightly more cubes, freer-flowing heads with larger valves, and a new fuel injection system that combines port and direct injection, among several other changes. It now turns 200rpm harder and makes 33kw and 26Nm more than its predecessor, but as our friends over at MOTOR discovered when they dyno tested the car, Ford might be being a touch modest with that claim. 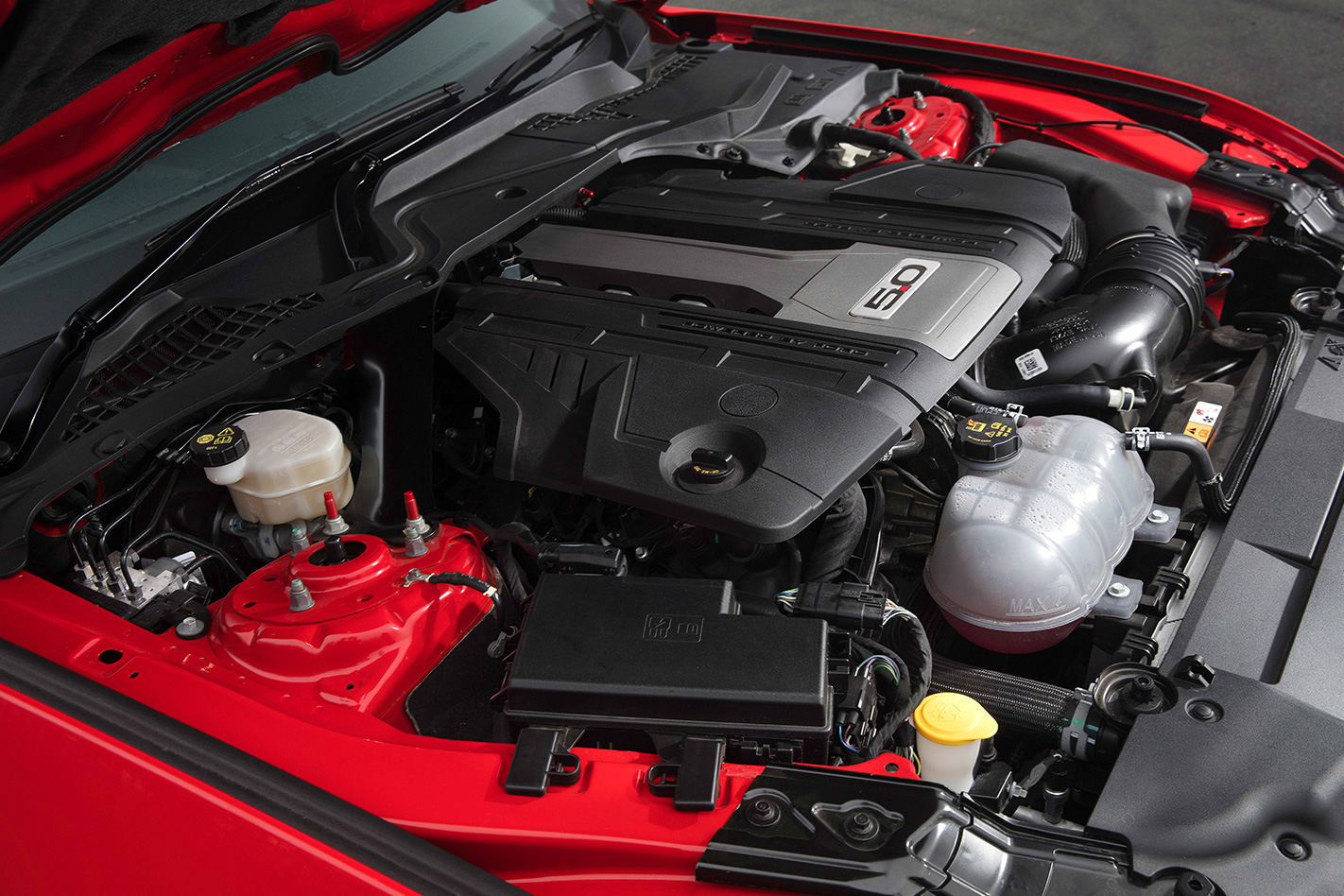 It looks pretty similar to last year’s engine, but the Gen 3 Coyote engine in the 2018 Mustang has copped a bunch of changes. It now combines low-pressure port injection and high pressure direct injection, has more compression, more cubes and better heads, and makes an impressive 339kW and 556Nm.

Teamed with a brand new (and very impressive) 10-speed auto which keeps the engine in its happy place during hard acceleration, the seat-of-the-pants difference in performance over the outgoing model is very pronounced. We were given the opportunity to punt the cars around the flash new racetrack at The Bend in South Australia, and found that when the appropriate driving mode is selected, the auto is intuitive enough that there’s really no need to shift it manually with the steering wheel-mounted paddles. Happily though, in an age where proper manual transmissions are going the way of the dodo, a traditional six-speed cog-swapper is not only provided as standard, but has had a host of improvements for 2018. It too is a pretty slick-shifting unit.

Perhaps the most welcome addition though is the active, quad-tipped exhaust system. The 2017 Mustang GT performed well, but its less-than-inspiring exhaust note meant that it lacked the visceral thrill that a V8 coupe should provide. The new exhaust system has four switchable modes ranging from Quiet (which funnily enough we didn’t have a lot to do with on test) to Racetrack, which really uncorks the thing. Combined with a revised engine package that’s discernibly more eager to rev, the Mustang now sounds like it should, and it makes you grin every time you stab the loud pedal. 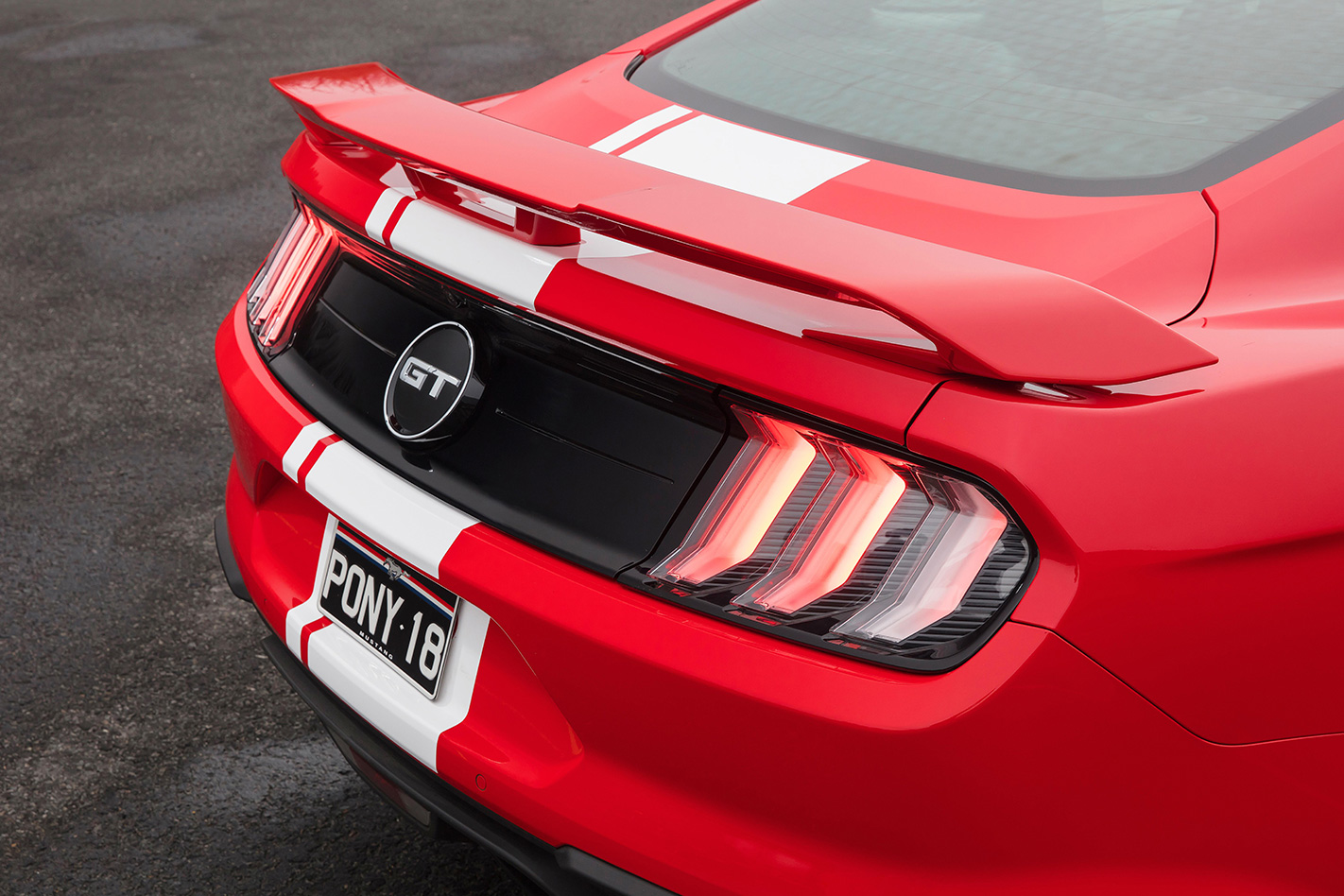 From a handling perspective, the biggest changes are the optional MagneRide adaptive damper package, and the switch to Michelin Pilot Sport 4 tyres. The car displayed taut-but-comfortable ride qualities on the way to the track, and was wonderfully composed once we got there. The Brembo brakes are unchanged for 2018, and well and truly fit for purpose.

Ford has responded to widespread criticism and treated the cabin to a much-needed overhaul. Gone is the cheap and ever-so-slightly nasty feel of the previous model, with hard plastics turfed and upgraded where it counts. The silver plastic insert through the centre of the dash has been replaced with a textured panel, and the console and the tops of the doors are now soft to the touch. The dated instrument cluster on the previous car is also gone, and in its place is an easy-to-read 12in digital cluster with switchable layouts. You can even personalise the colour. Cumulatively, the changes make for a decidedly more premium feel, with or without the optional Recaro buckets. 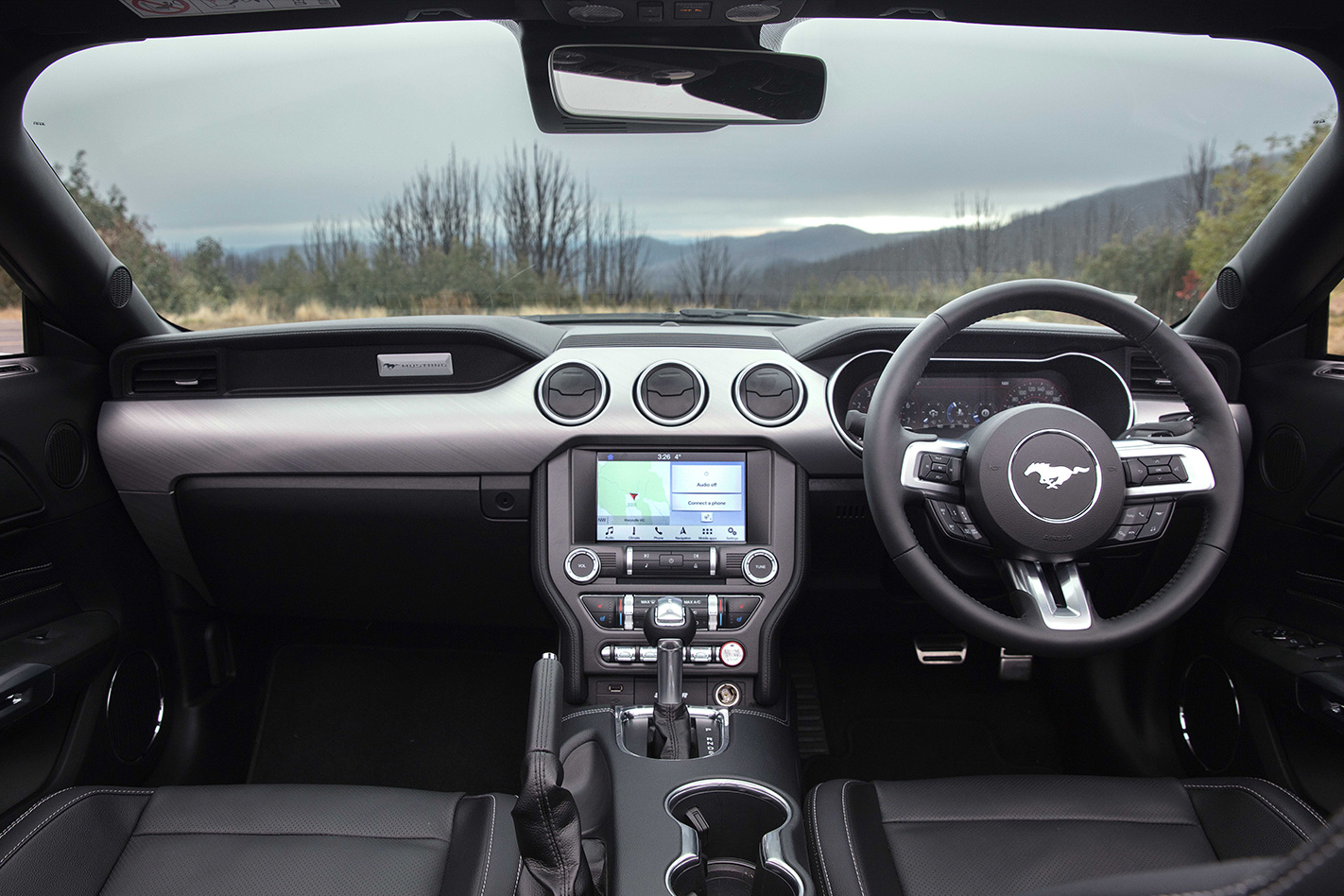 Styling is always a subjective matter, but to my eyes the more streamlined frontal treatment on the new Mustang is less muscular than that of its predecessor. In almost every other way, the 2018 ‘Stang represents a big leap forward. That does, however, come at a price. The GT Fastback now comes in at $62,990 in manual form (up $5,500 from last year) and $66,259 with an auto, and by the time you start stacking on attractive options such as the Recaro seats ($3000), 19in forged alloys ($2500) and MagneRide suspension ($2750), you begin to bridge the pricing gap between the Mustang and its spiritual rival – the forthcoming, locally converted Camaro.

But there’s no debating that Ford has made a good thing better with the 2018 Mustang, and whether or not it’s worthy of the price hike over the 2017 car is your call to make. For the record, we reckon it is. And while it sucks that we don’t build our own muscle cars in Australia anymore, gems like the Mustang go a long way towards easing the pain. 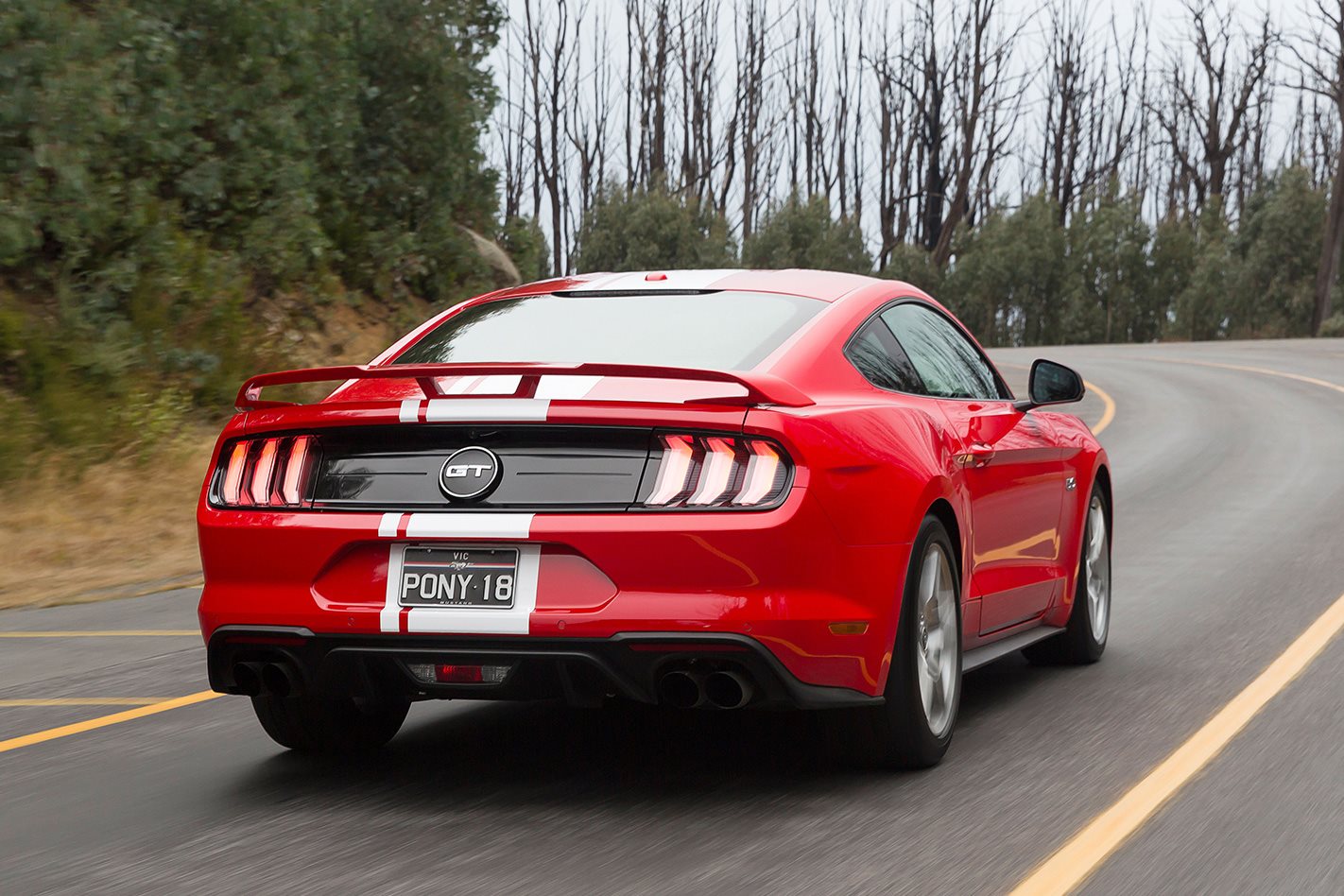 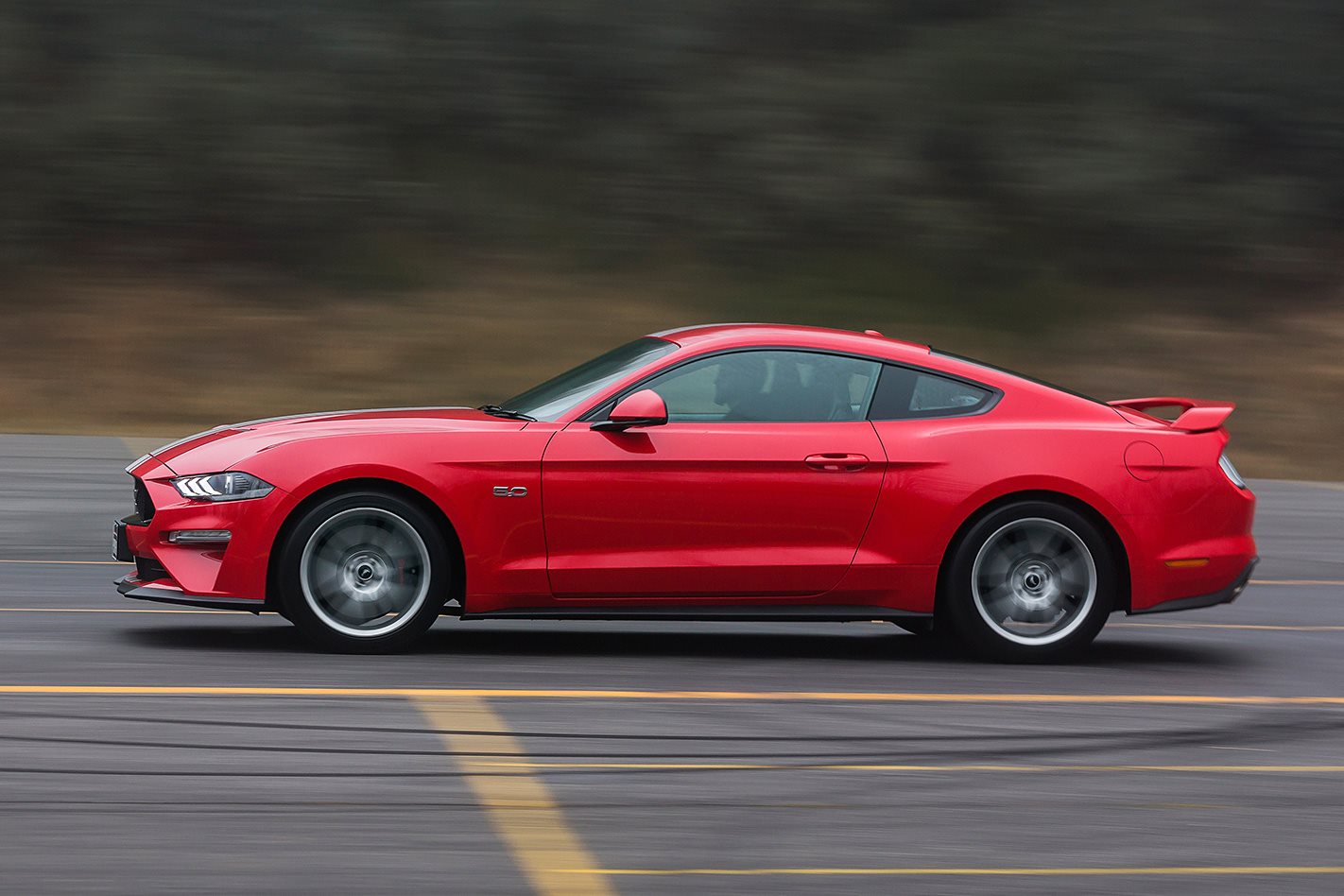 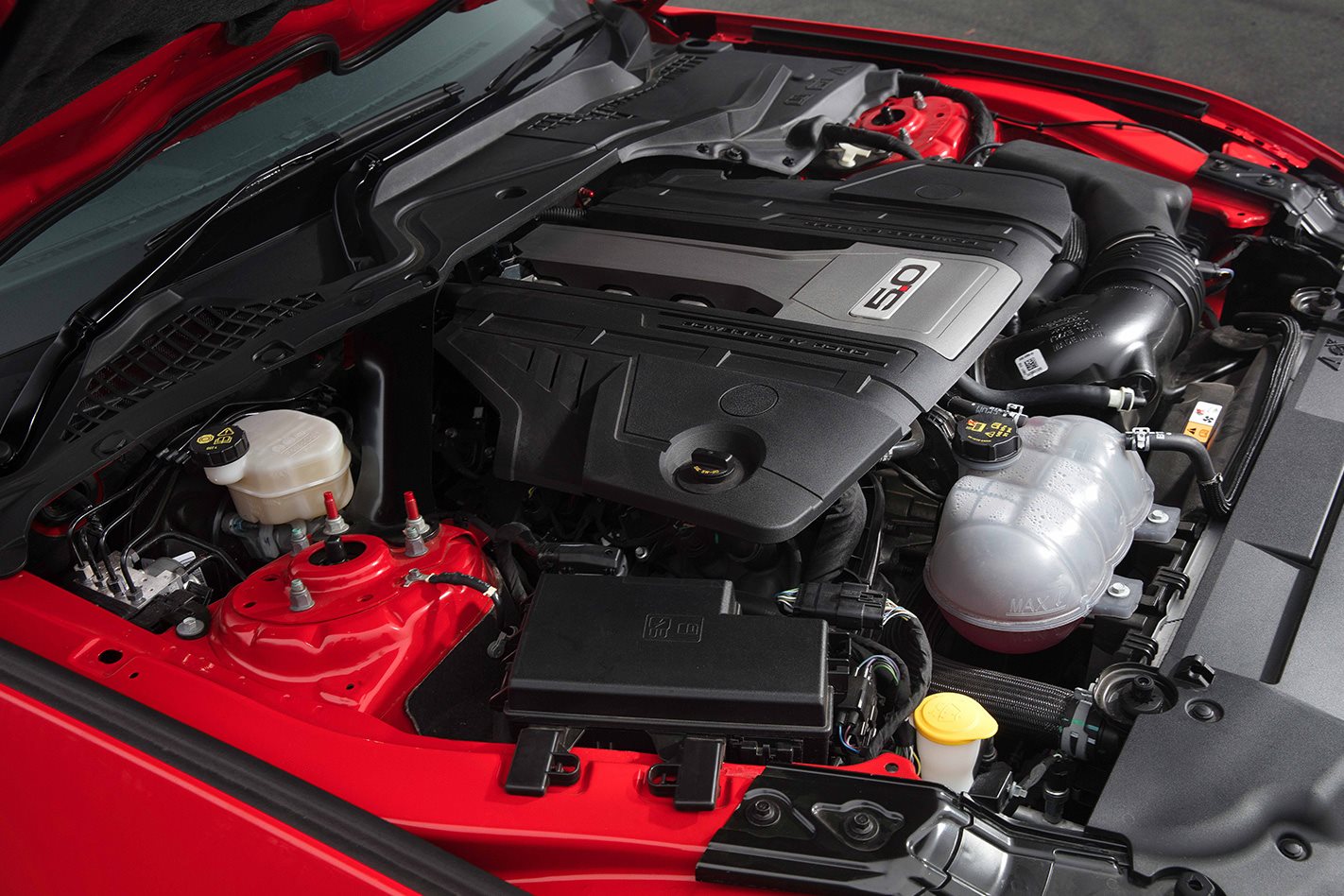 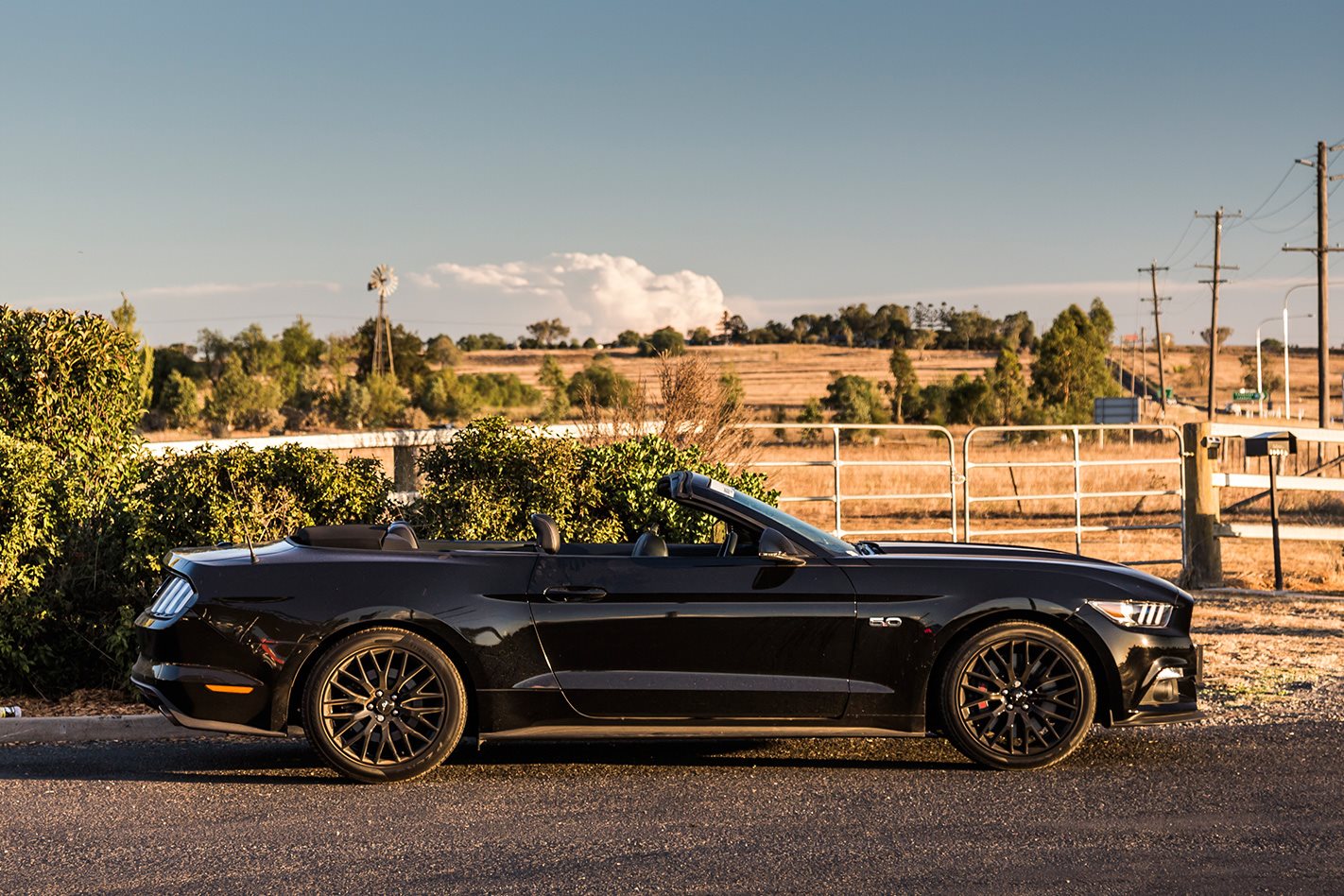 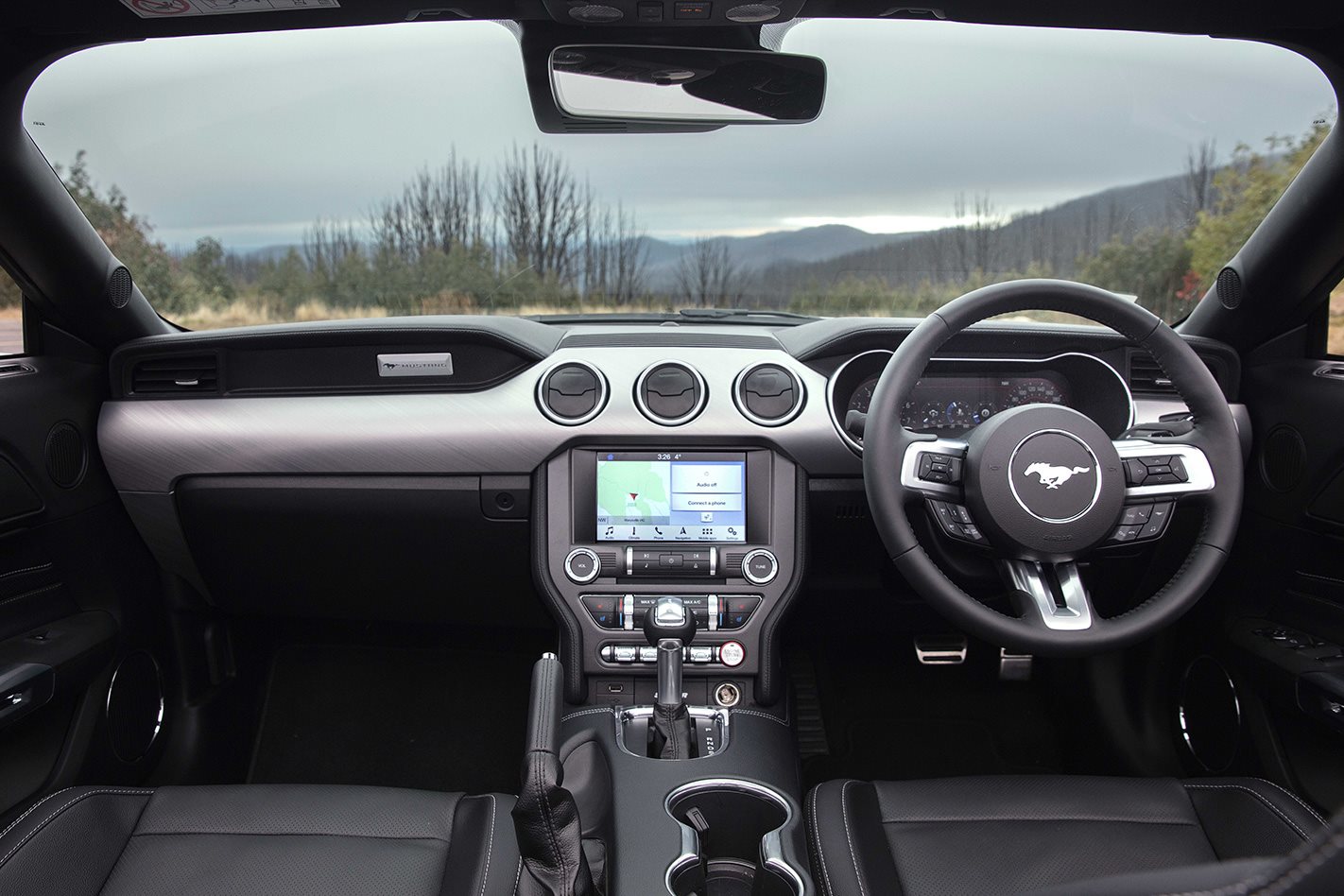 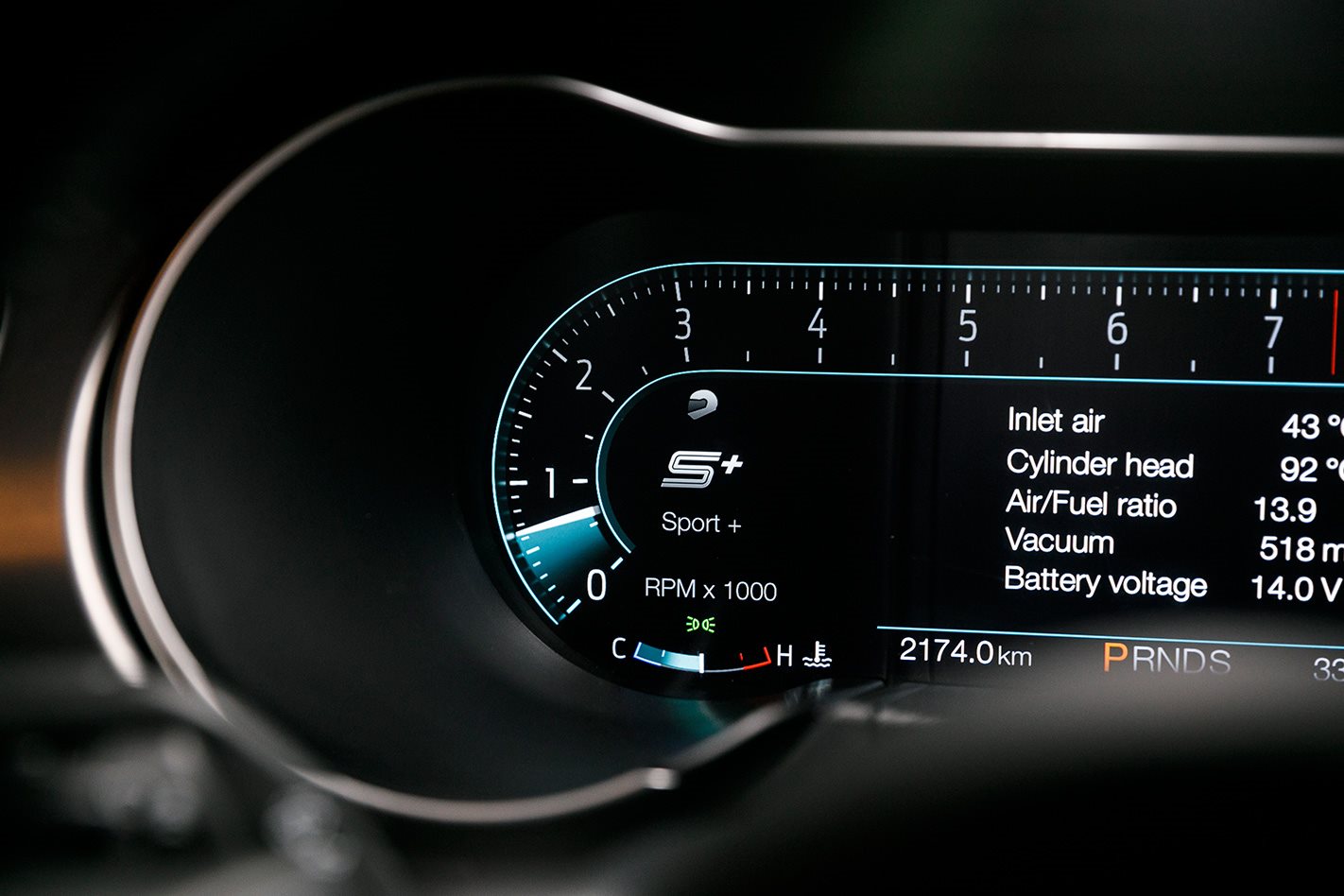 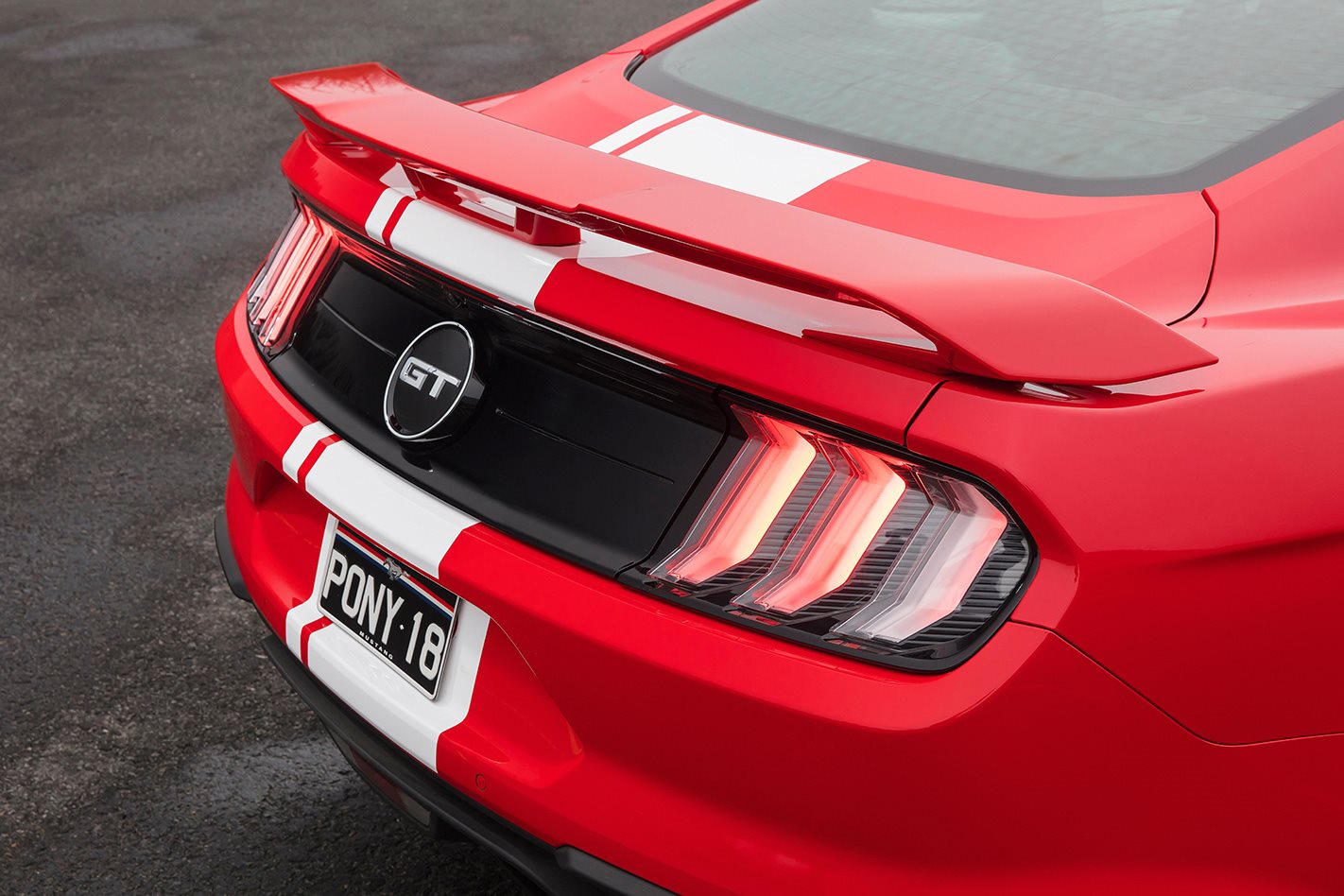 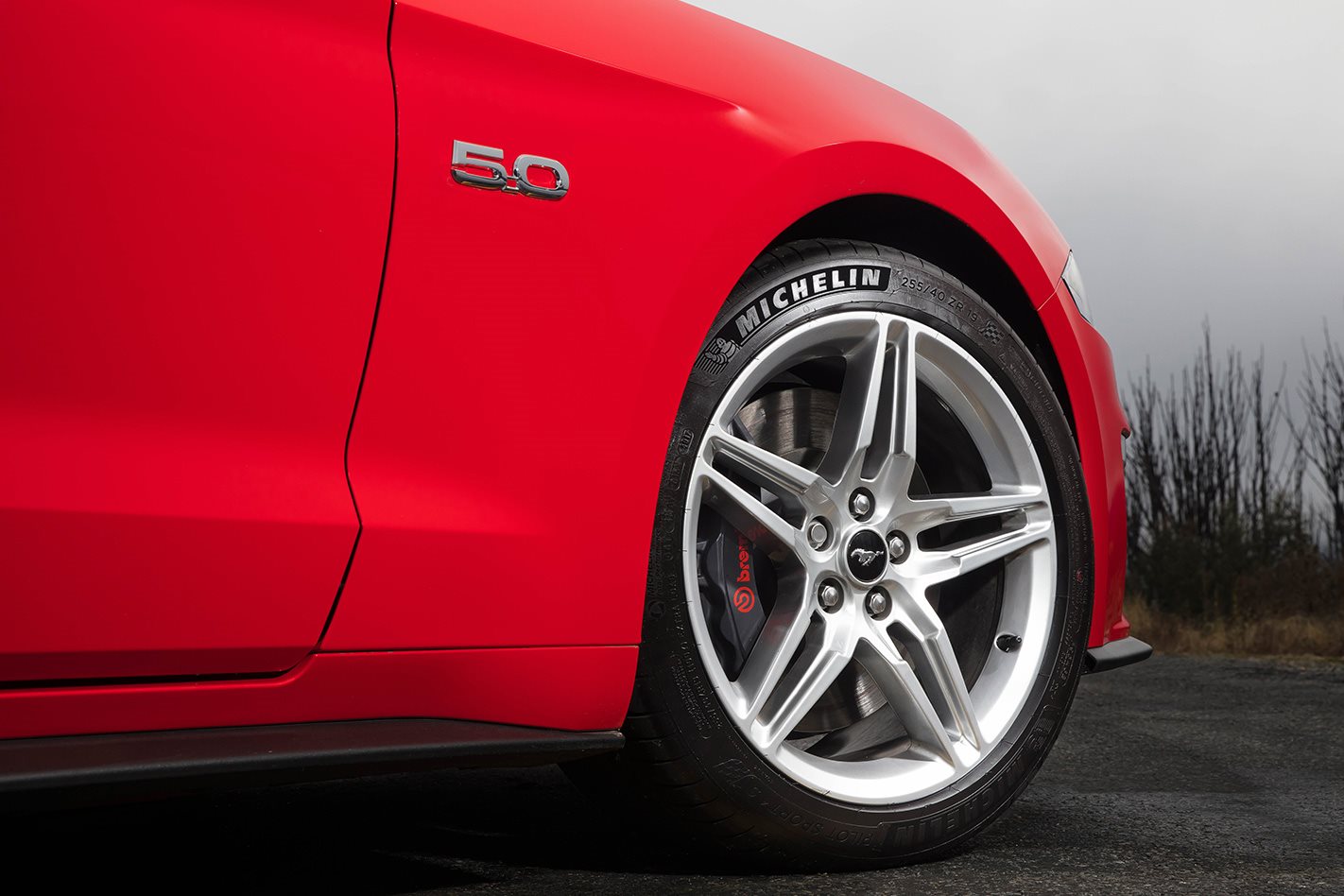 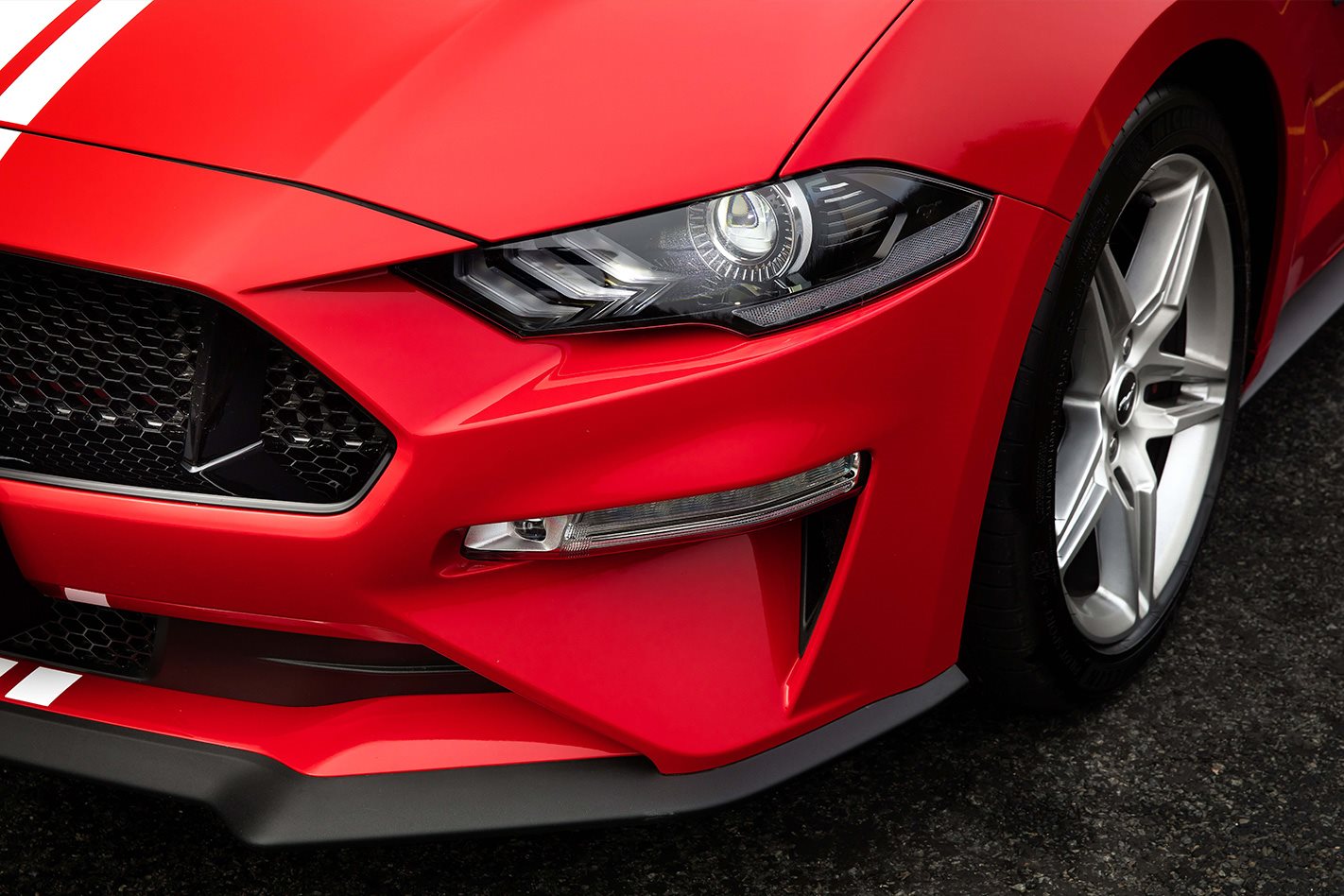