And there are plenty of special features planned to celebrate the big anniversary. For starters, five dead-set legends of the burnout world are strapping on their helmets once more for the pleasure of the crowd: Chris Christou, Mark Dall’acqua, Mark Yardy, Greg Young and Leroy Rees.

Then, in the Elite Hall, Owen Webb is working to get as many former Grand Champions on show as possible. And he has a big-name celebrity show car builder coming from the US, but we’ll spill the beans on that next issue. But what we can tell you is that three of the biggest names in the sport internationally will be jetting into Canberra to check out their very first Summernats. 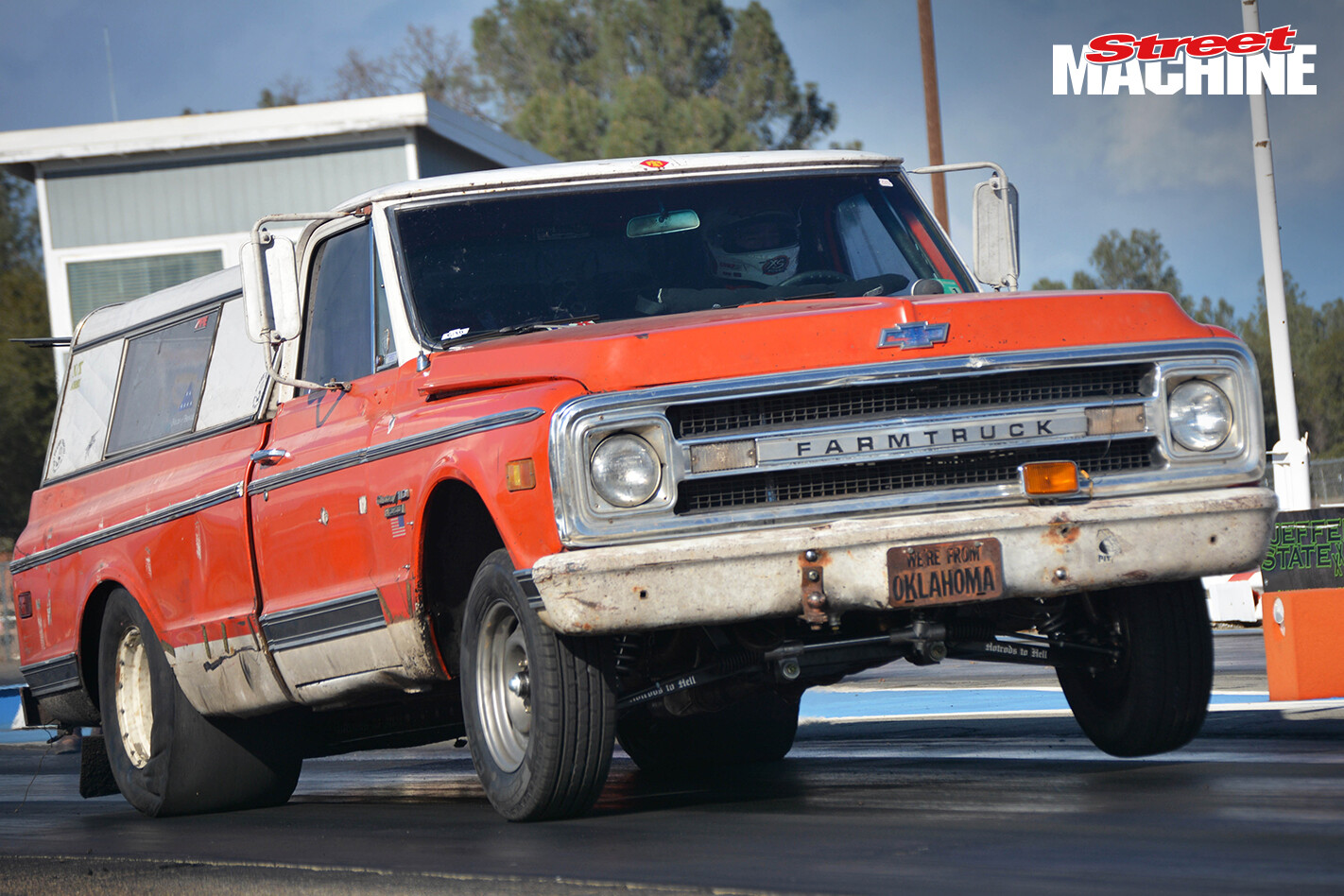 While these guys won’t need much of an introduction thanks to the popularity of Discovery Channel’s Street Outlaws, we had a quick chat to Joe ‘Dominator’ Woods and Jeff ‘AZN’ Bonnett about their upcoming trip to Summernats 30 – and don’t worry, Sean ‘Farmtruck’ Whitley will be along for the ride as well. Unfortunately, they won’t be bringing their cars along due to filming commitments, but that shouldn’t lessen their experience of Summernats one little bit. 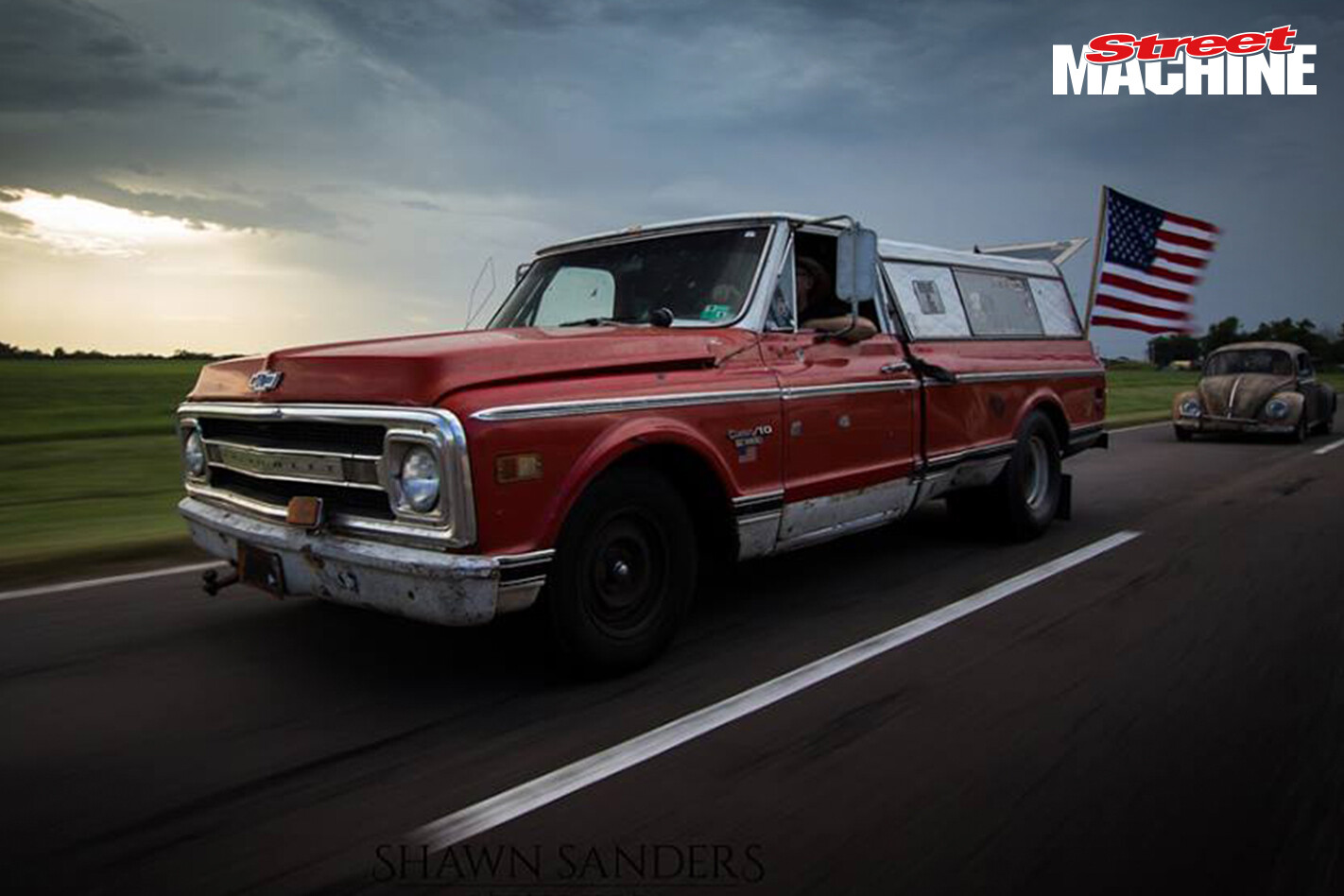 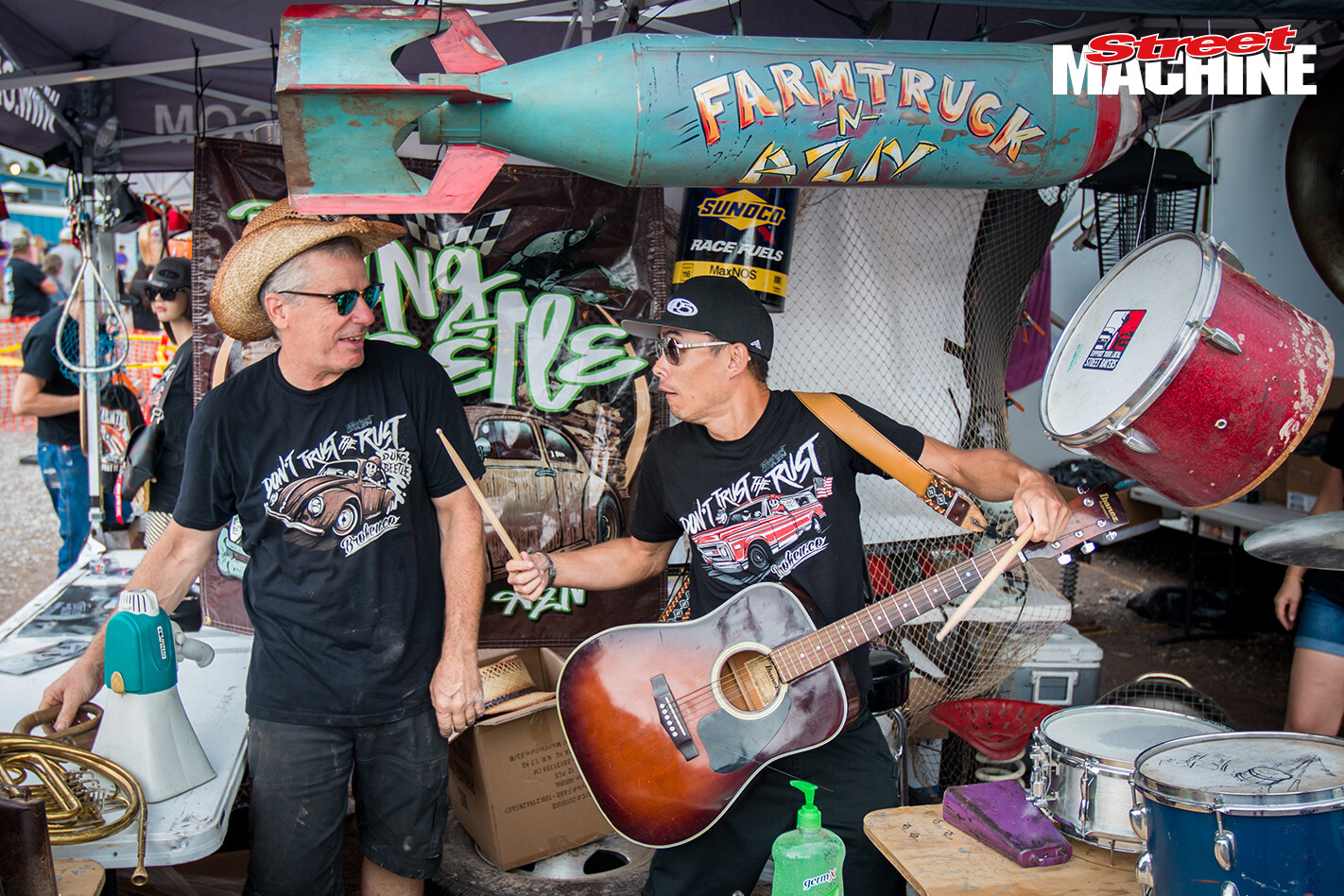 After chatting to these guys, it’s clear that they’re not some bunch of made-up ‘reality’ TV characters, they were – and remain – hardcore street racers. But with the popularity of the show, there has been an endless queue of people trying to make it onto ‘The List’ to get their share of the glory. While Dominator is still on The List in eighth spot, he’s had to step up his game considerably to keep up, with the old nitrous-fed big-block in his Dodge Dart being replaced with an all-alloy, twin-turbo set-up: “The old engine was a 50-shot off the maximum a 632 could ingest, so I needed to go up to a 700-900ci nitrous, but that would have been about $60,000. It was $10,000 to go to turbos.” 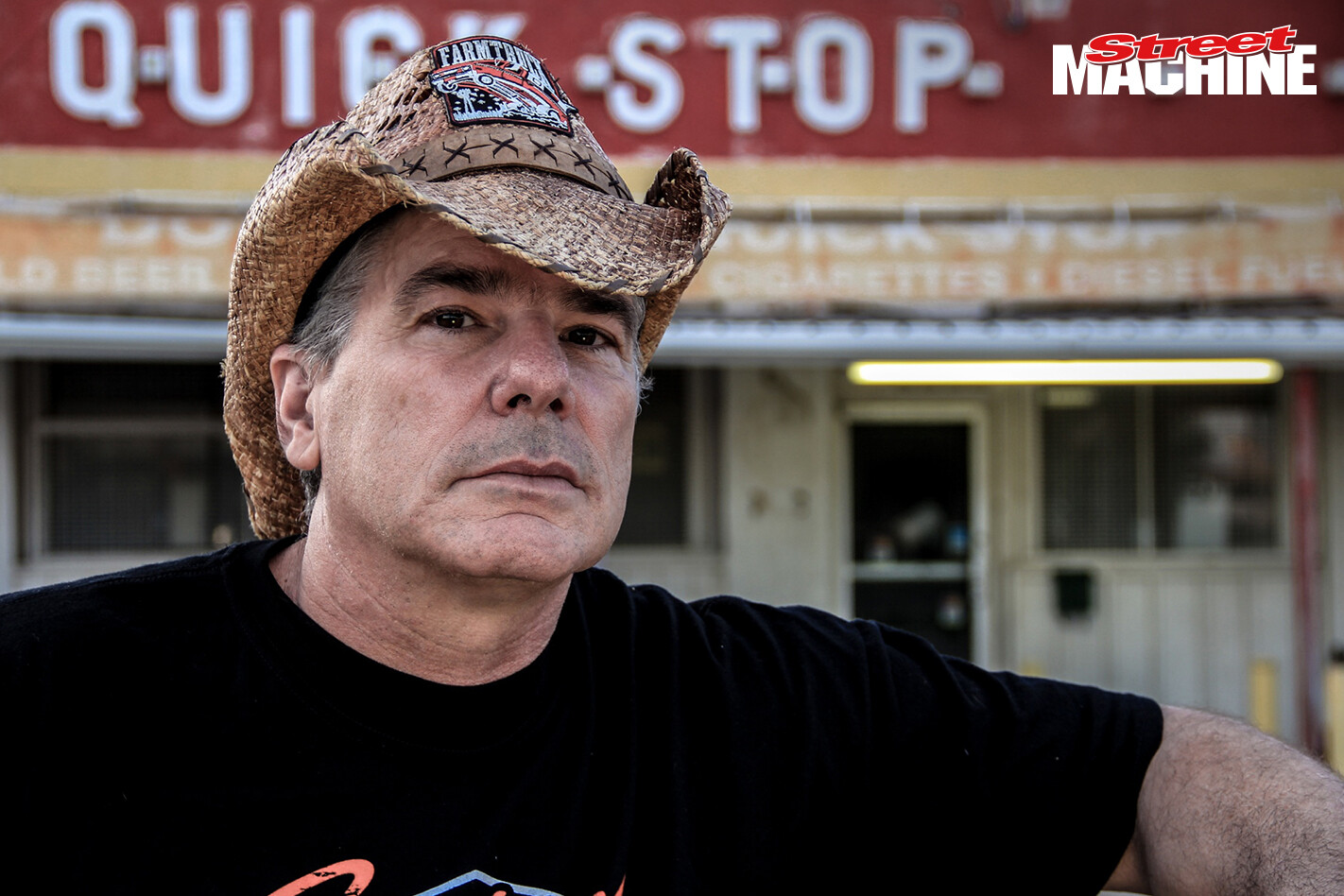 For those Mopar fans crying in their Milo, there could be a twin-turbo 572 Dodge Wedge in the car’s future. “It’s just an engine plate and a set of headers away,” Dominator reckons.

To give you an idea of how competitive The List has become, Farmtruck and AZN were the gatekeepers of the number 10 spot for a long time, but even that’s too tough a job these days: “Even if it did the best pass of its life it would still lose to the number 10 car, but if we took it back in time to the very start of the show, it would probably be in the number five spot,” AZN says. 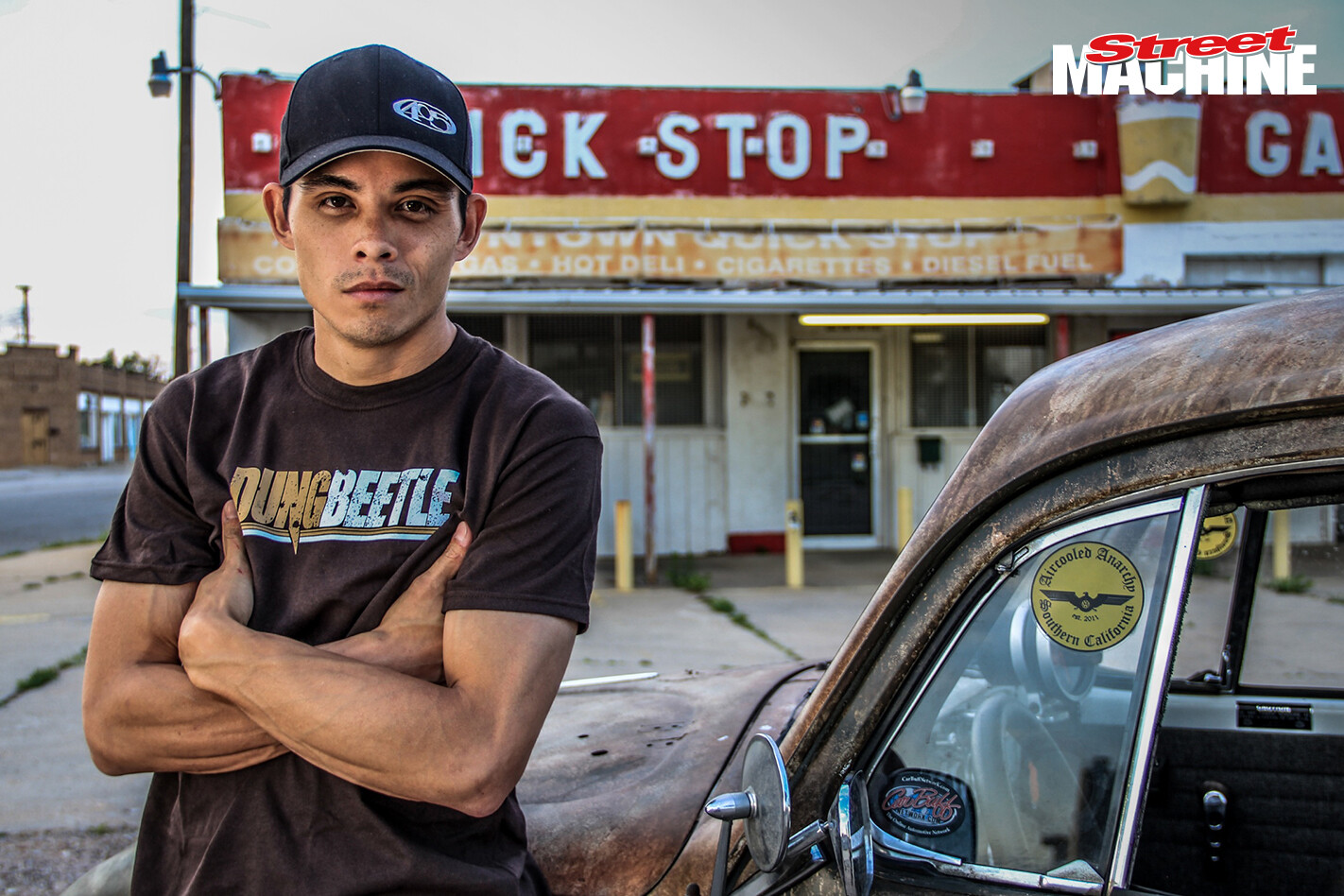 And what do they know about Summernats and Aussies in general? “The Australians are some crazy people; you’ll find the smallest car possible and put the biggest motor you can build in it and then do burnouts for a half-mile long until the tyres pop and you’re on the rims. That’s the craziest shit I’ve ever seen!” Dominator enthuses. “I’m really looking forward to seeing your cars; I really want a Monaro bad – I don’t know if I pronounced that right – but I really like the way those look.”

And AZN’s view: “From what we hear, the car culture is somewhat throttled from the government standpoint, so what you guys do is as much as you possibly can within your limitations, you go absolutely bonkers and go all-out. You guys are the kings of the burnouts, there’s no contest. The word ‘burnout’ probably isn’t even the correct term for what you guys actually do; there’s a lot of skill involved in the low-speed, tyre-controlled burnout. To be able to manipulate the rear tyres, using physics, to continue to create the smoke and keep enough forward momentum to maintain some control, man, it’s a science and an art.”