OVER the past month there have been two publicised attempts to steal the burnout world record, currently held by Saudi Arabia when they had 119 cars simultaneously shred tyres in September last year.

Australia was the first to set a world burnout record at Street Machine Summernats 26, and then again at 28 with 103 cars, before the Saudis stole it. Australia will make another attempt at Summernats 32 next year, with the hope of having over 119 tyre-shredders in one spot. In the meantime, two failed attempts have been made by America and, over the weekend, the Swedes! 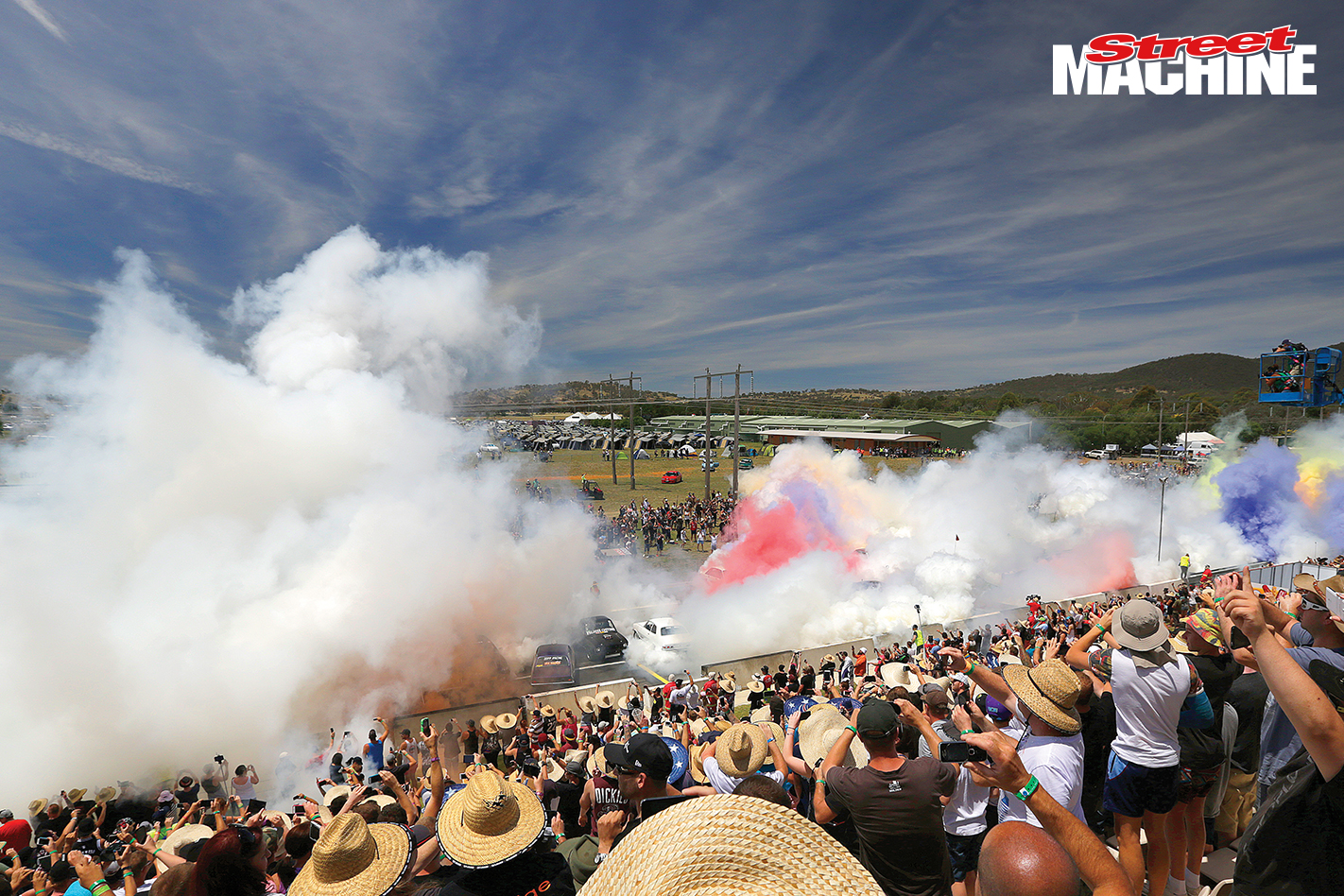 The USA was to make its attempt on the Fourth of July weekend at Mid-South Dragway in Tennessee, but as far as we can work out it was either called off or the organisers just didn’t have enough numbers so it didn’t go ahead. Soft.

However, the Swedes gave it a fairly good crack last weekend. In the end though, they didn’t have enough grunt to top the Guinness World Record set by the Saudis. All up they had 96 cars at Malmby Fairground for the Burnout War Sweden event – probably a European record, but not quite enough to claim the world record. 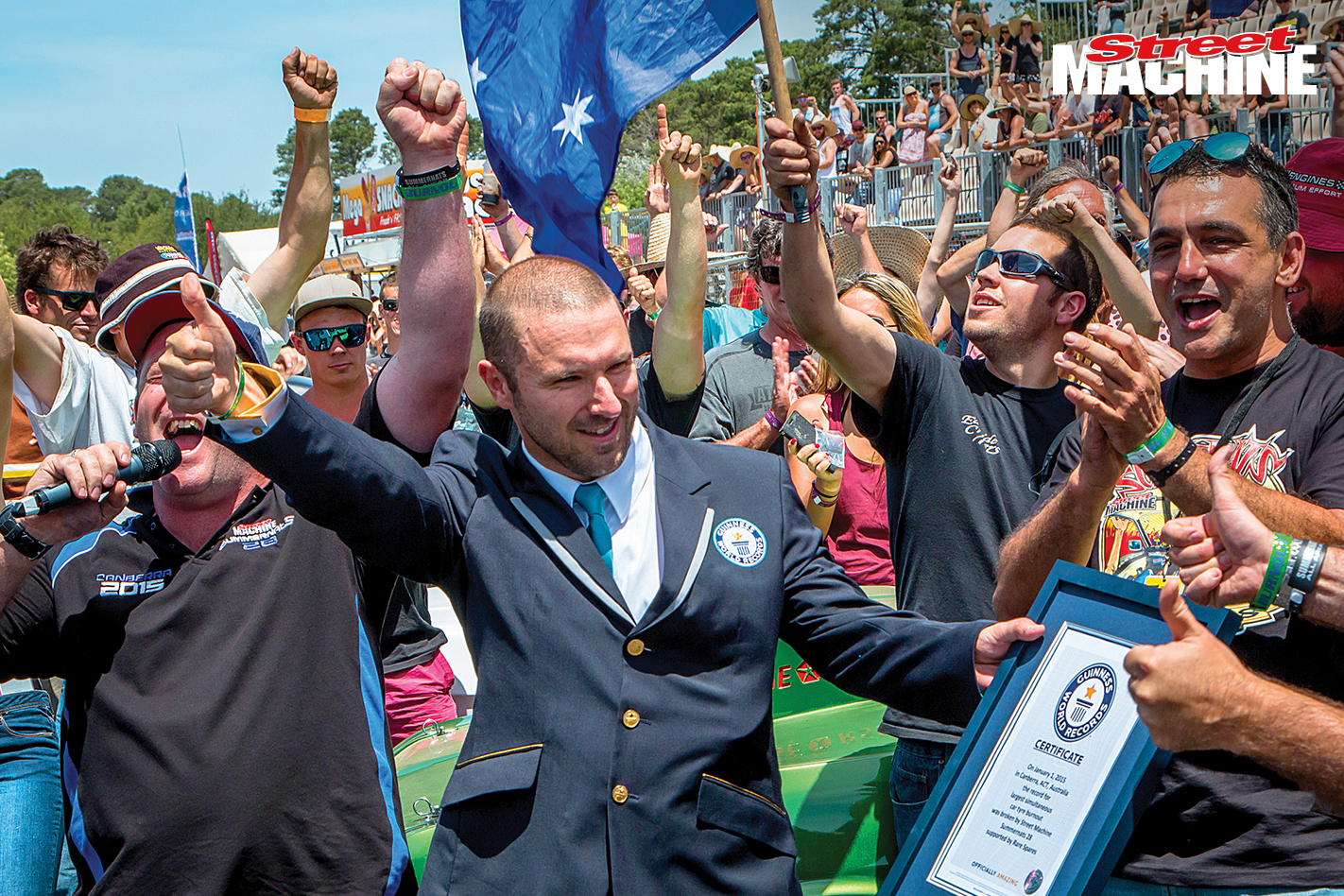 It looks like it’s up to us Aussies to show them how it’s done. At Street Machine Summernats 32, well over 100 cars are set to simultaneously bake their tyres for the Guinness World Records judges at Canberra’s Exhibition Park. If you want to be part of the attempt, you have to be at Street Machine Summernats 32 – for event info and to secure your spot, click here to visit the website.