Team D-Max shows off its bag of tricks

Driving a fairly standard D-Max on two wheels? No problem.

IT’S not until you’re saddled up in the passenger seat of a car steered by Team D-Max that you really appreciate the insane talent these guys have.

At the recent MY18 D-Max and MU-X launch, the team had its convoy on hand to give the media contingency a lesson on how to drift around a wet figure-eight, and how to attack a makeshift motorkhana course. And, despite the crazy manoeuvres these D-Maxes are asked to do, they are fairly standard, other than a few minor modifications: roll cages, race seats, hydraulic handbrakes, Detroit locker diffs, stiffer shock absorbers and louder exhausts.

“The D-Maxes we use in the performances get absolutely hammered,” Team D-Max Director, Wayne Boatwright, said. “They’re jumped and bumped and driven on two wheels day-in day-out and never let us down in terms of performance and reliability. In my opinion they are genuinely the toughest things on the market.” 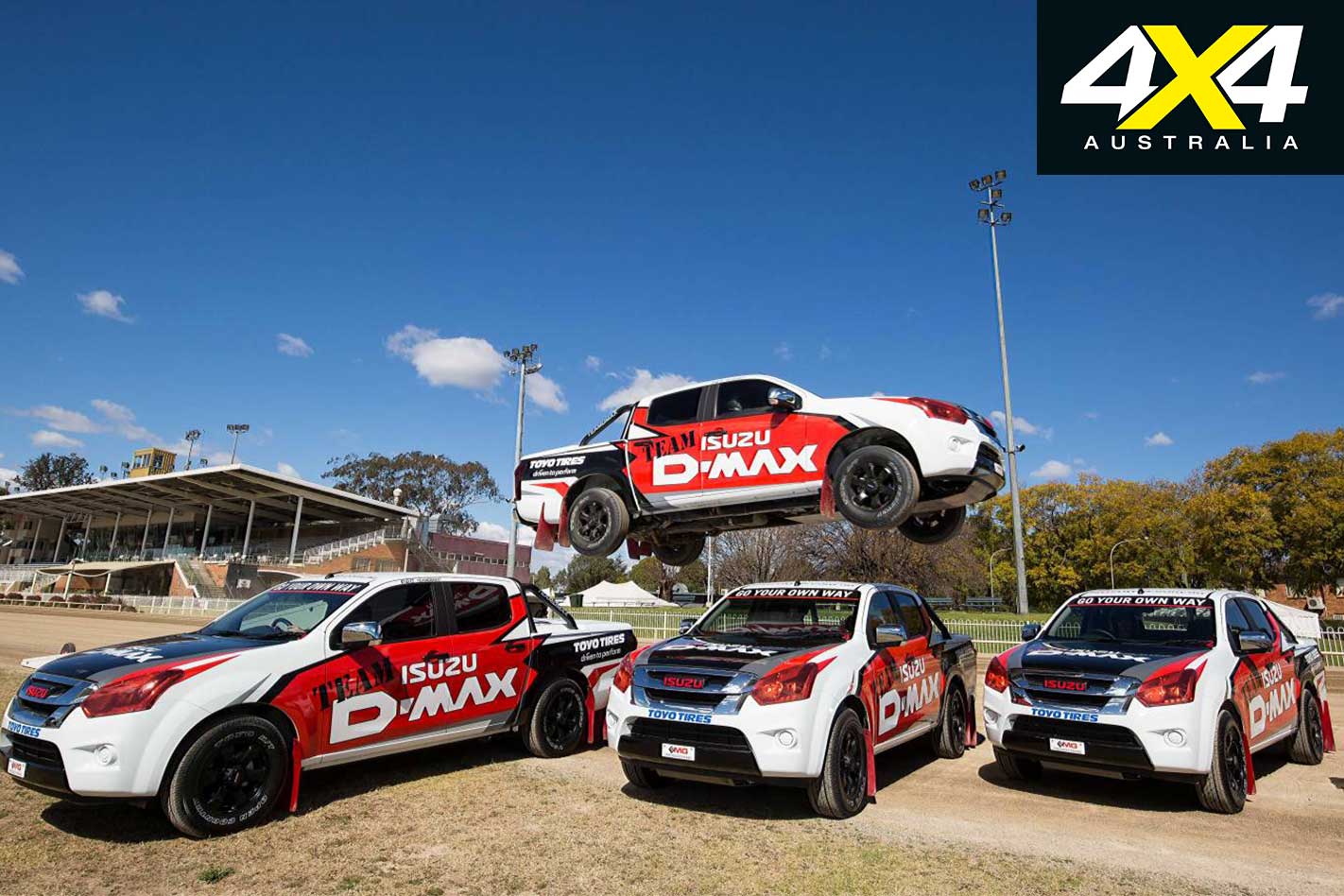 Ramp-to-ramp jumps and precision driving – where a few millimetres separate the side mirrors – is all in a day’s work. The team also has the ‘Iron Summit’, where they drive an MU-X up and down a ramp with an incredible 100 per cent gradient (45 degrees).

However, the hardest skill to master, according to Team D-Max lead driver Jack Monkhouse, is driving a D-Max on two wheels.

“Driving on two wheels is one of the weirdest things you can do in a car. It’s crazy – you turn left to go right and right to go left, so being able to drive on two-wheels in a standard D-MAX with a car load of passengers is great fun,” Monkhouse said. “And the passenger reactions are always priceless. Most people are amazed at how much of an angle we are on.” 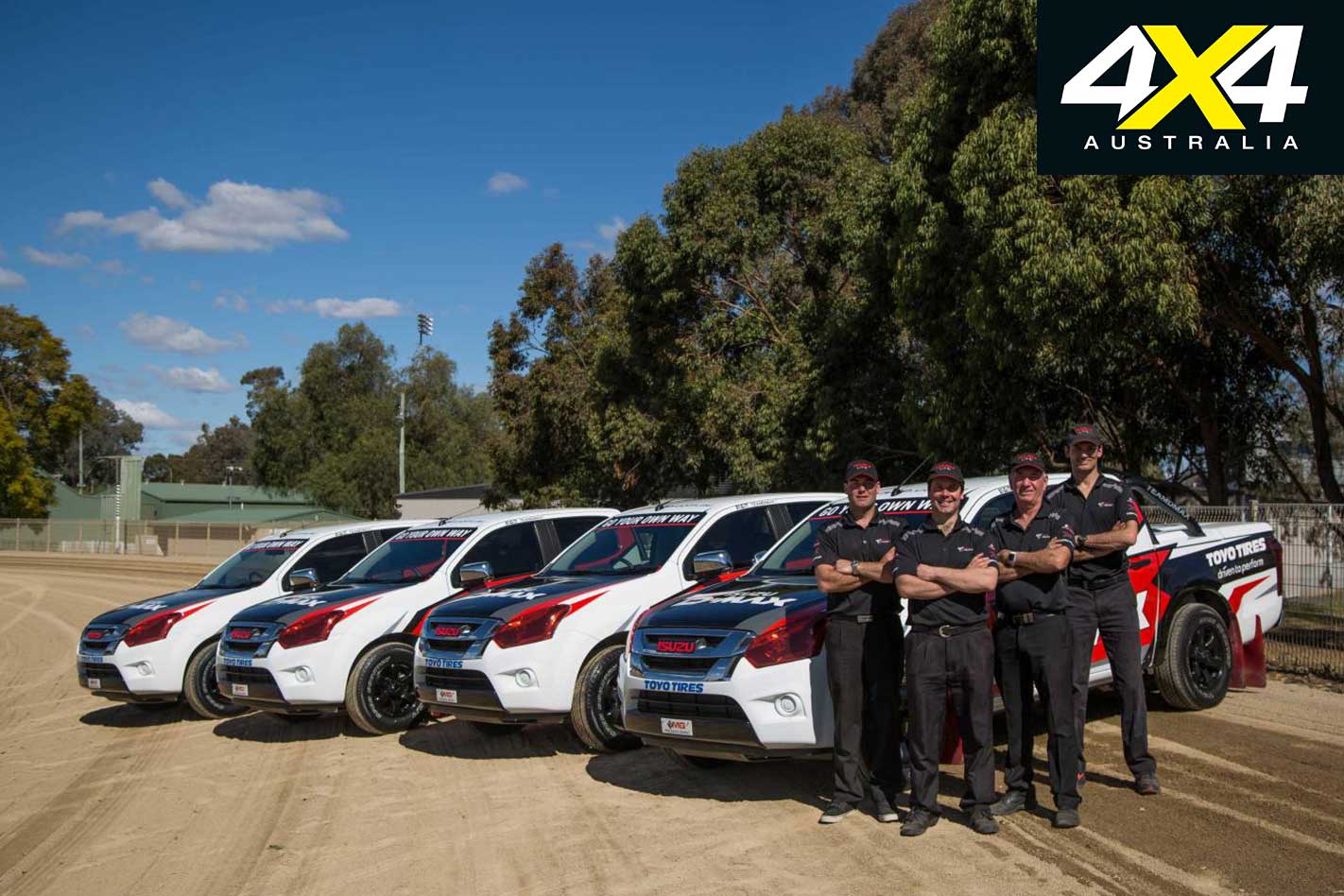 The elite team of drivers are recruited by invitation only, with the majority of today’s team earning their stripes in the rally industry via Motorkhana and Autocross events.

The team is on the road for a good portion of the year, wowing millions of people at city and regional shows throughout Australia. Visit www.teamdmax.com.au to find out where you can catch them next. 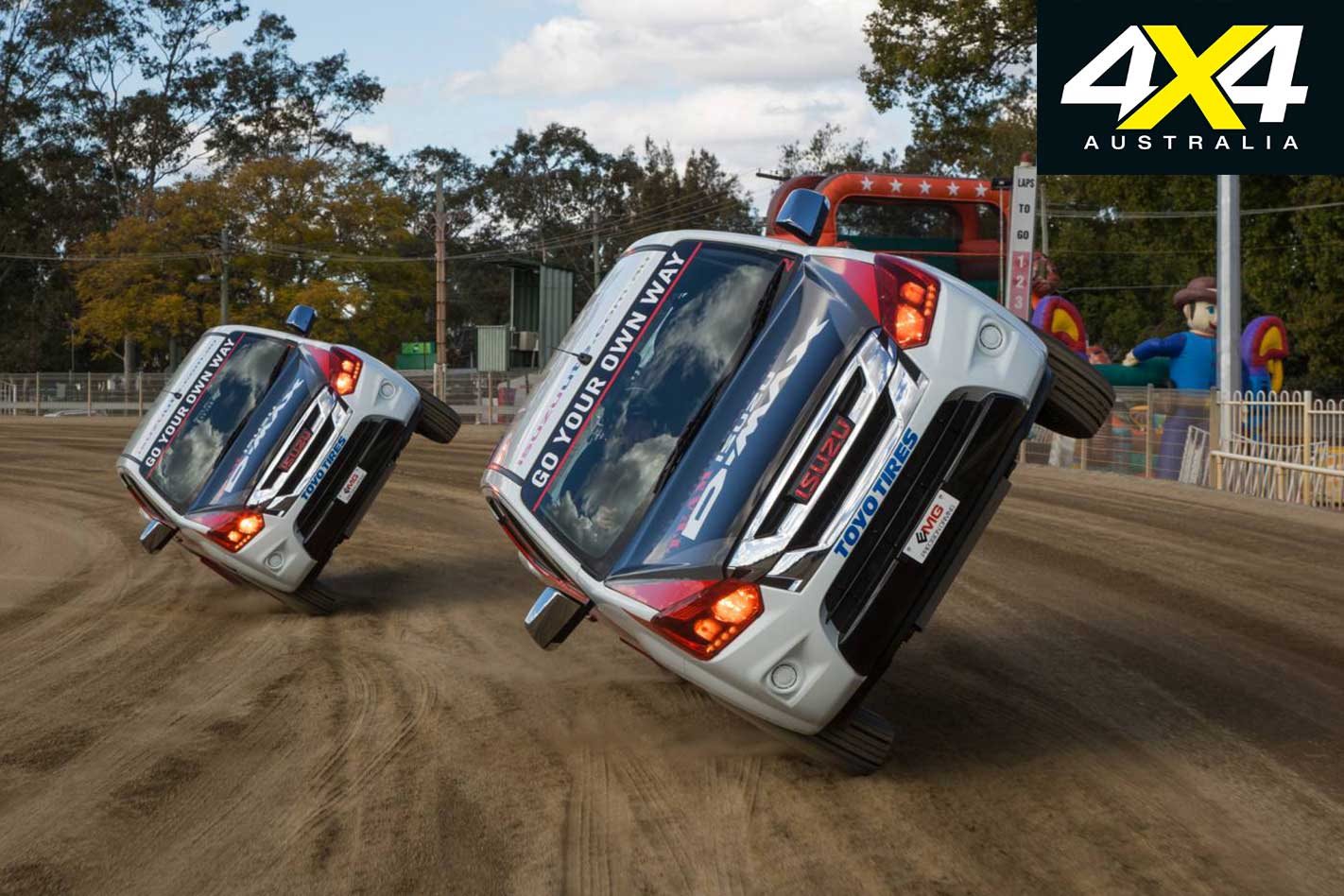 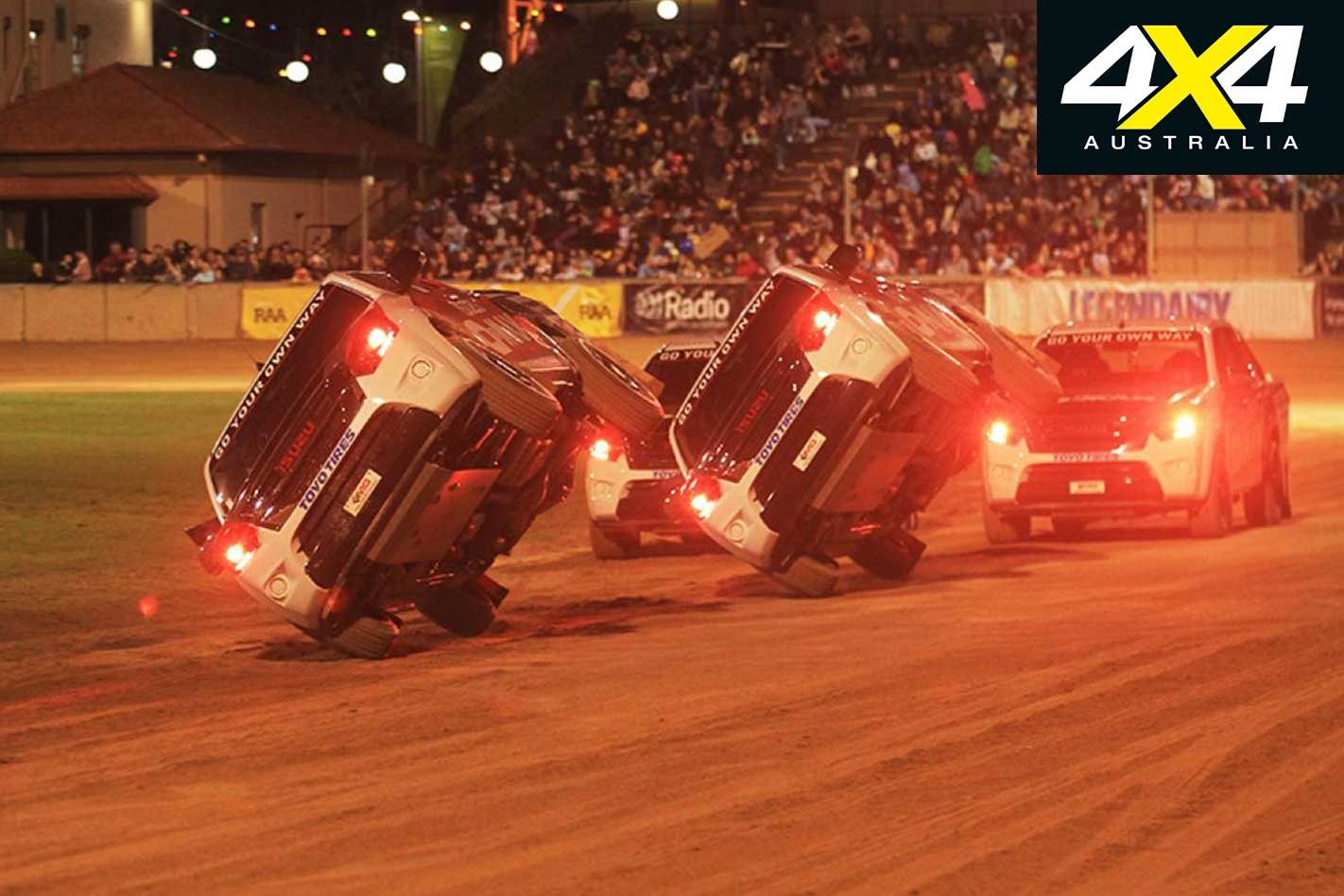 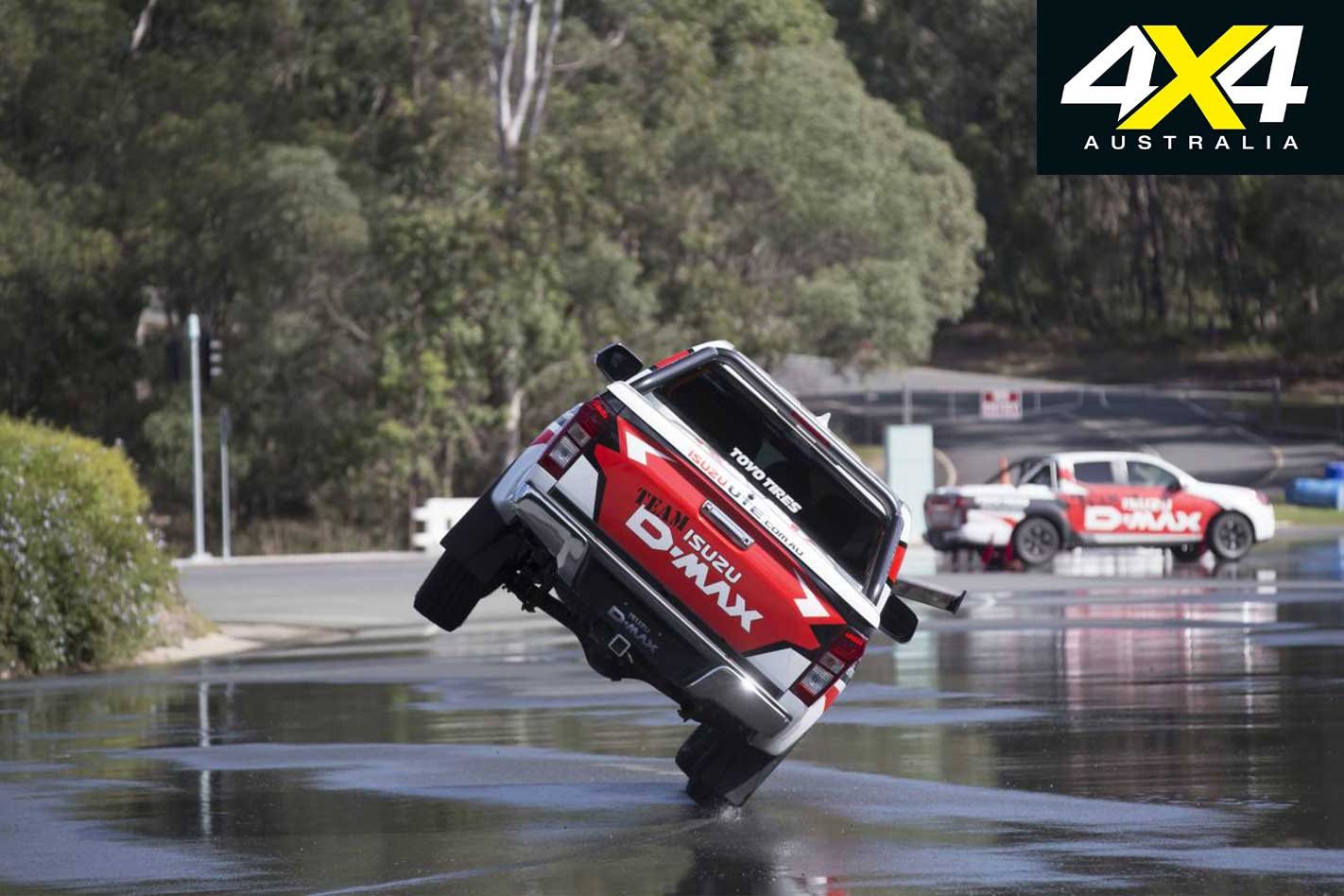 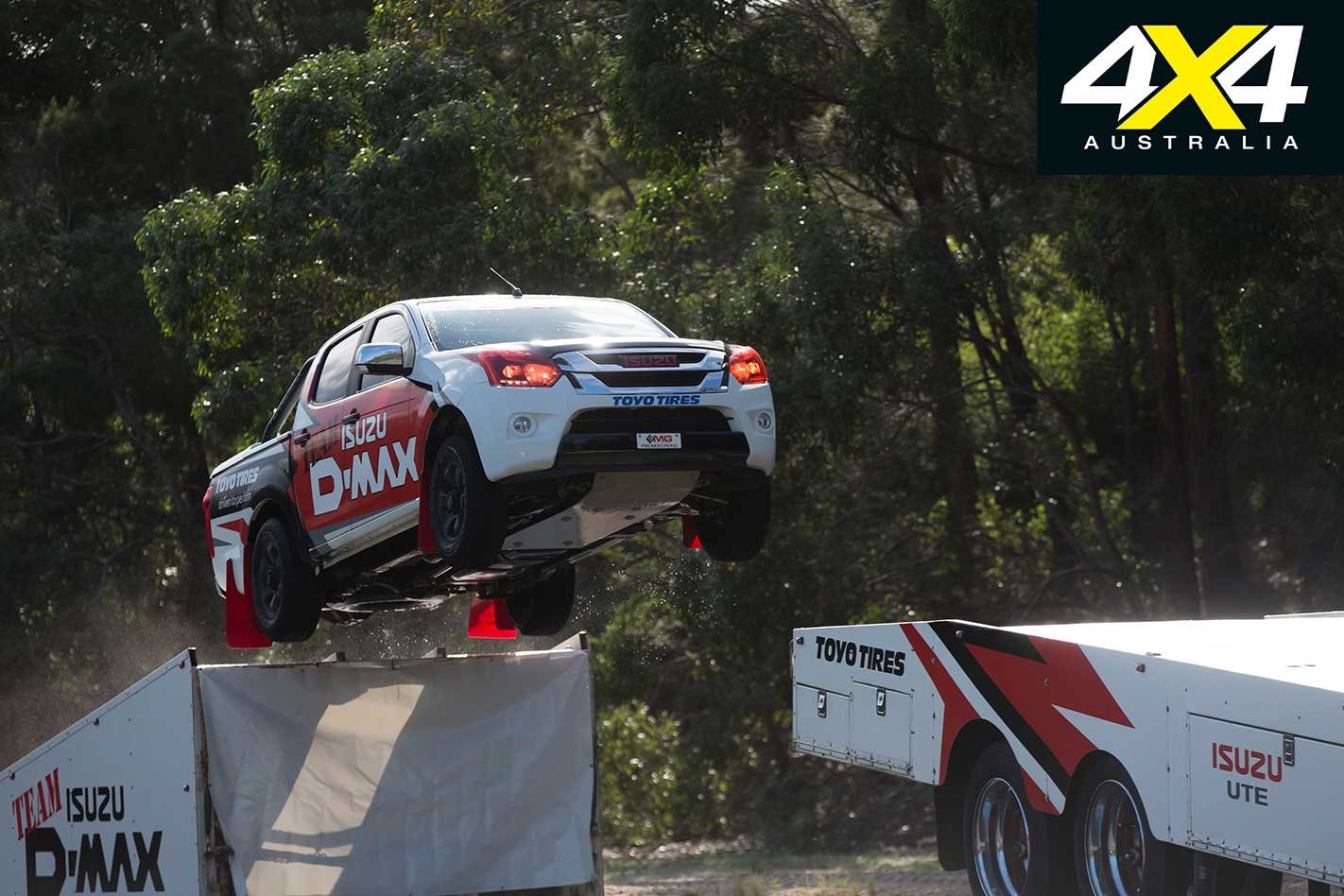 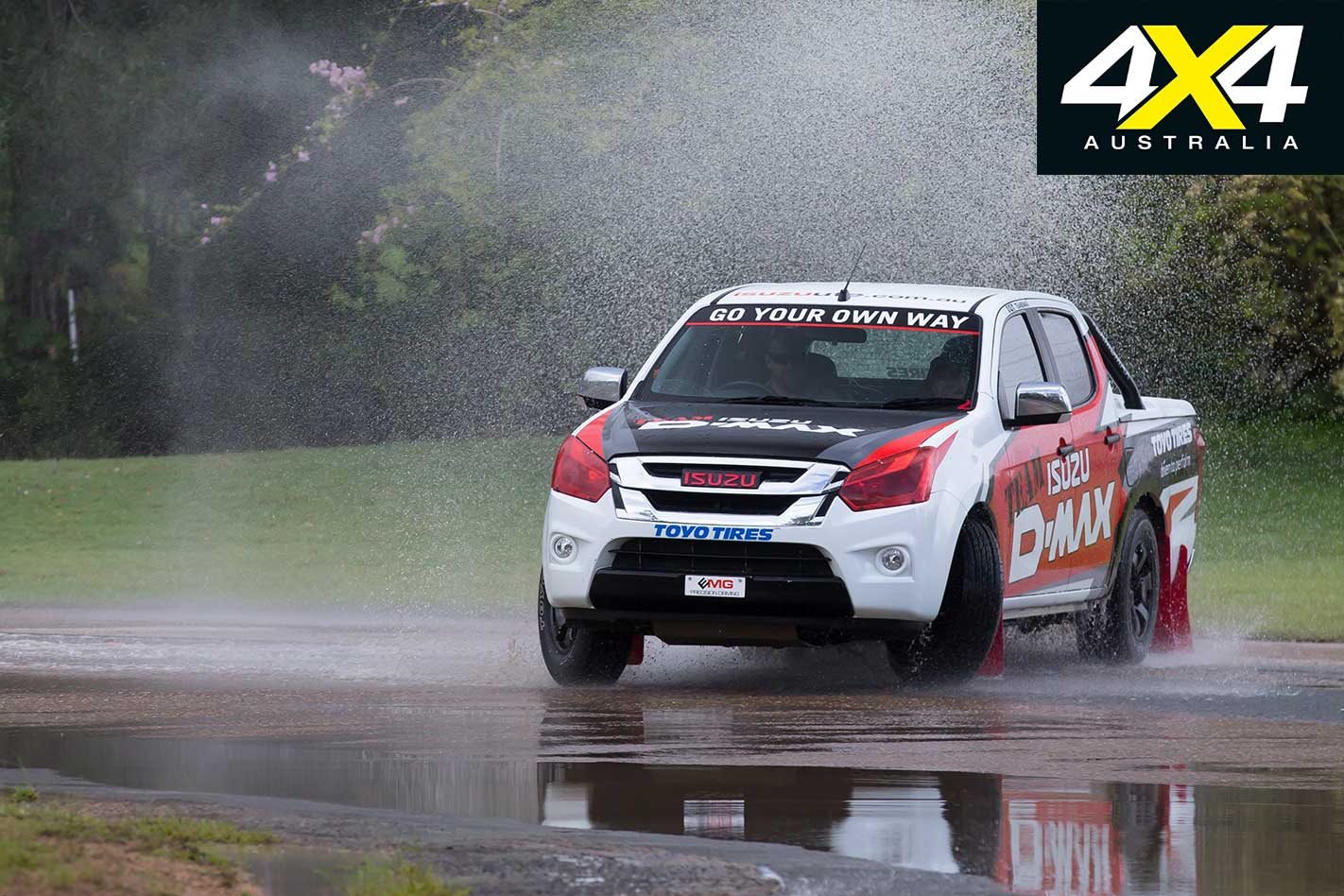 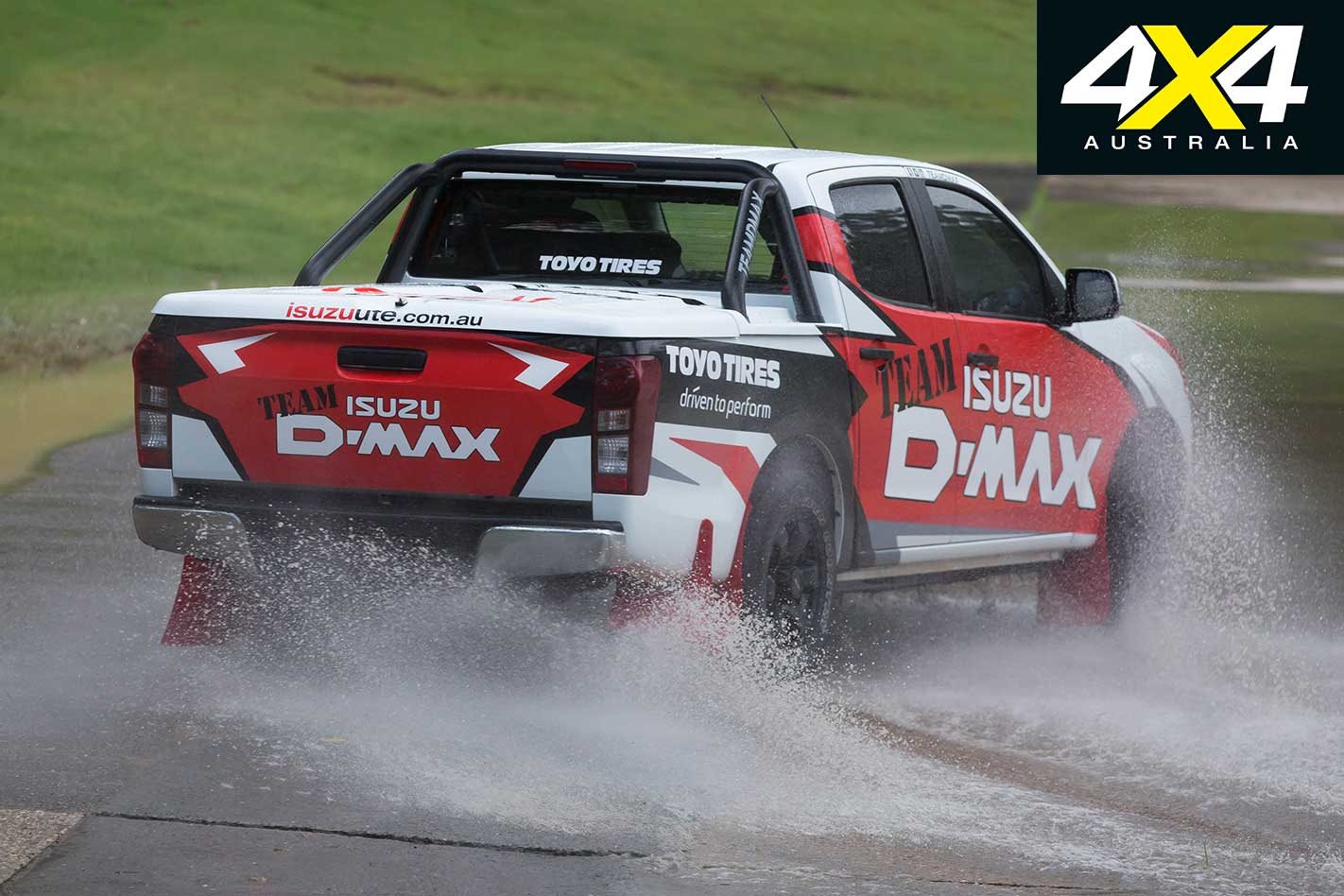 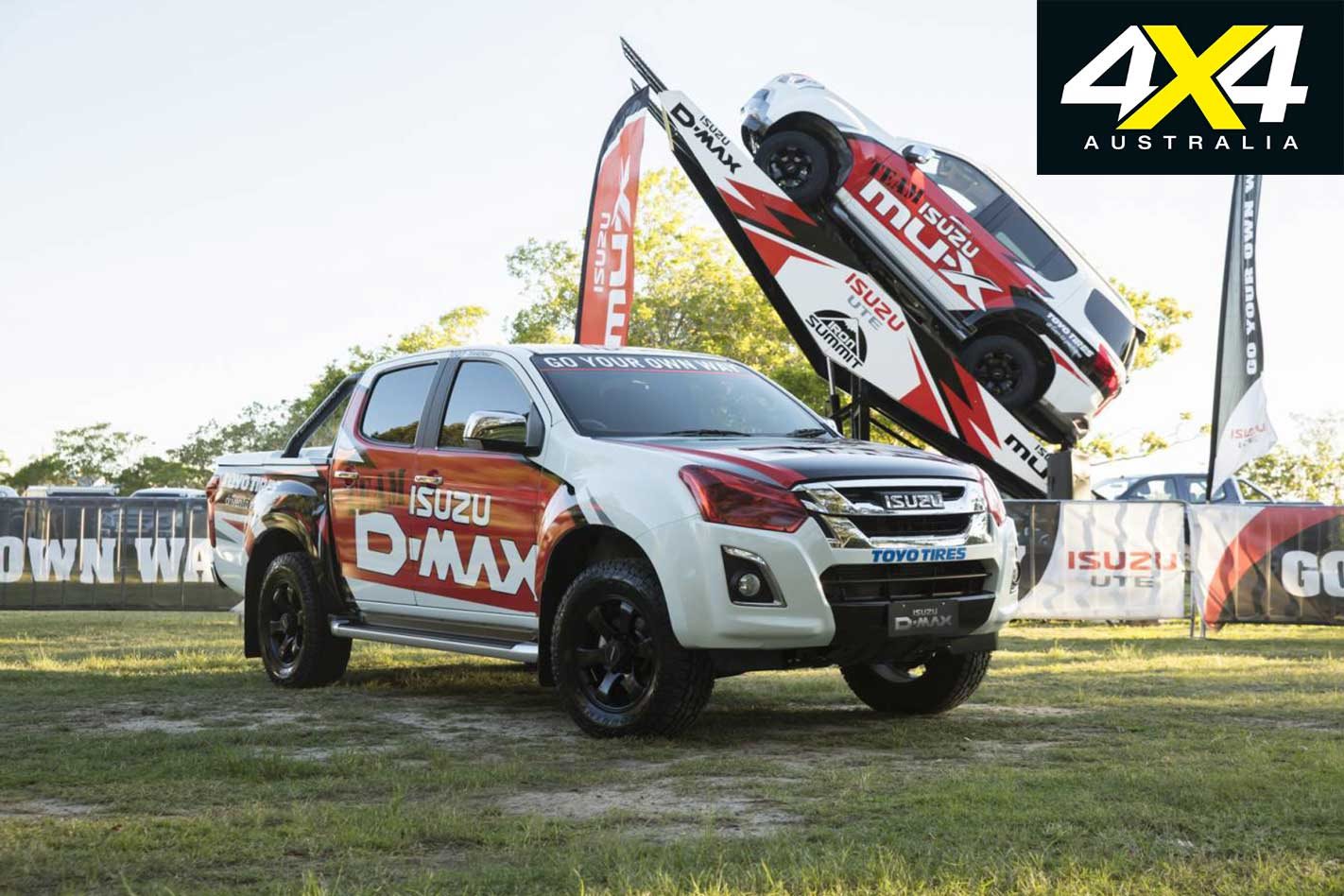 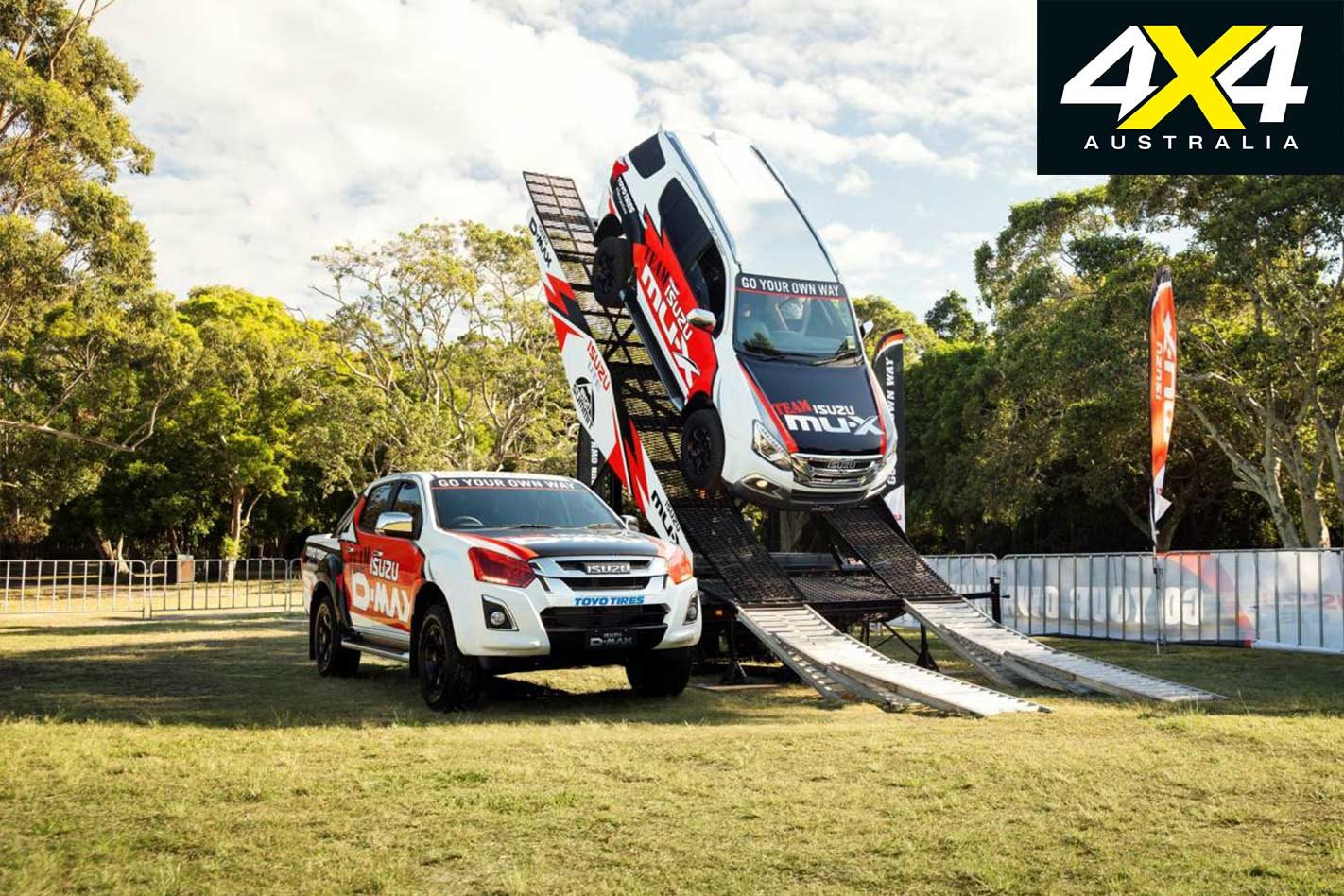 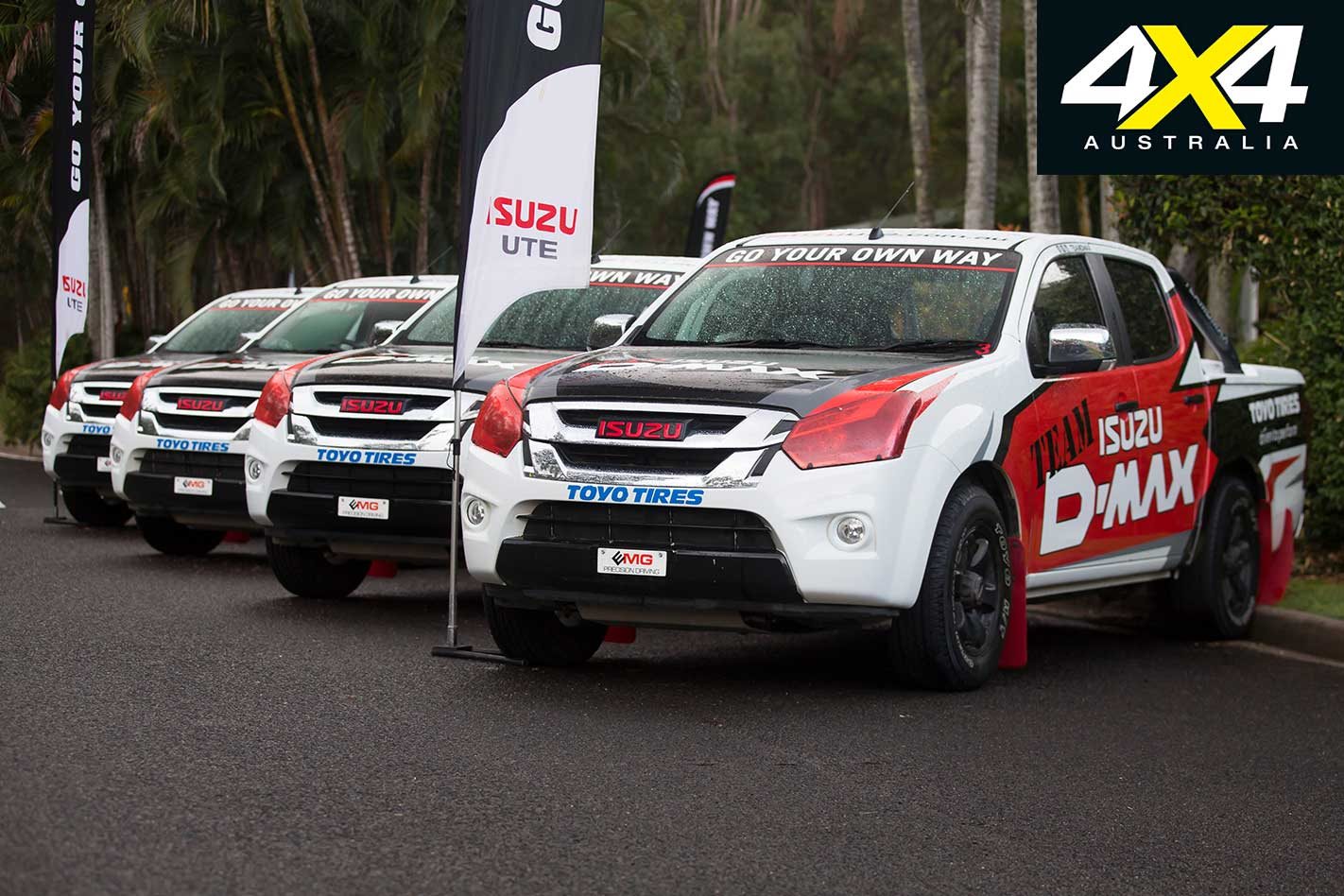