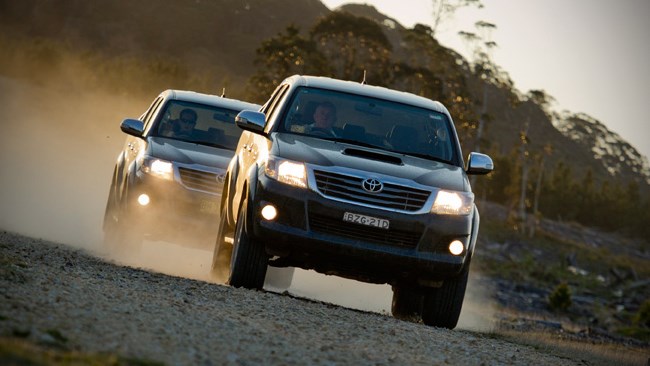 Revamped it may be, but has Toyota done enough to keep the Hilux up front in an increasingly competitive ute market? We drive the diesel and petrol variants to find out…

Revamped it may be, but has Toyota done enough to keep the Hilux up front in an increasingly competitive ute market? We drive the diesel and petrol variants to find out…

If it ain’t broke, don’t fix it. That’s Toyota’s approach with its ‘new’ HiLux. Not that there haven’t been changes.

First up, there are new headlights, grille, and bonnet. In fact, just about everything forward of the A-pillars is new. The top-spec SR5 models (as driven here) also get new wheel-arch fenders, side mirrors and wheels. Inside, you’ll find a new-look dash and more safety equipment with side and curtain airbags standard on all 4X4 SR5 and SR models.

Likewise, ABS brakes are standard on all SR5 and SR models, while electronic stability control is now standard on all 4X4 SR5 dual cabs and optional on 4X4 SR dual cabs. All models also get new audio systems, while all SR5 models receive touch-screen sat nav (which includes audio warnings for school zones, fixed speed cameras and red-light cameras) as standard. And perhaps the best news is that all this comes at no extra cost and, in some cases, a reduced cost.

According to Toyota, “every 4X4 HiLux provides between $1960 and $8340 better value,” with the biggest improvement in value centred on the SR5 diesel Xtra Cab. For bargain hunters, the entry-level price of the 4X4 diesel has come down $6150 with the introduction of a ‘WorkMate’-spec single-cab manual.

So much for what’s new. What hasn’t changed is either the 4.0-litre V6 petrol engine or the 3.0-litre four-cylinder turbo-diesel. Likewise, the two five-speed manuals and the two auto ’boxes (five-speed with the petrol V6 and four-speed with the diesel) remain unchanged, as does the rest of the part-time, dual-range 4X4 drivetrain. The chassis, with its dual-wishbone, coil-spring independent front suspension and leaf-sprung live-axle rear is also carried over.

The fact of the matter is that the HiLux is so popular that Toyota didn’t need to change too much. Over the past three decades, Toyota has sold an average of 21,500 HiLux models per year. In the past decade that average has increased to 32,500, while in the last five years the average yearly sale has jumped to 40,000. In that period the HiLux has been Australia’s best-selling vehicle (by monthly sales) on five occasions. It is also Australia’s best-selling 4X4, outselling all other utes as well as wagons such as Prado and Pajero.

...To read more, check out the latest issue of 4X4 Australia 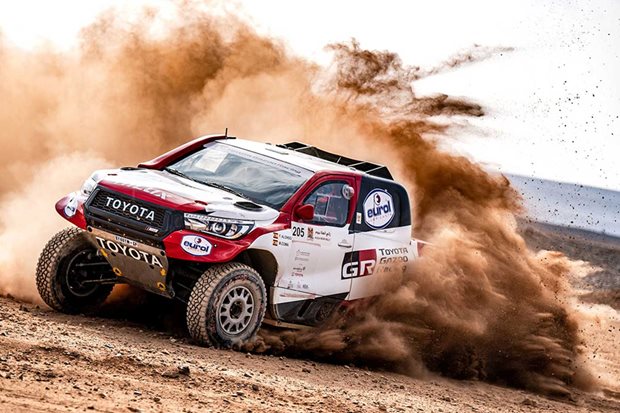