Drag Challenge veteran Phil Edmondson drove his 4000lb behemoth of a XB Falcon coupe into the eights at a recent Fast Friday at AIR, reeling of an 8.97@154mph. “At first I didn’t think the car would be fast enough to run an eight, but we just kept upgrading things over time, and as we did, the potential to go faster just grew,” said Phil. 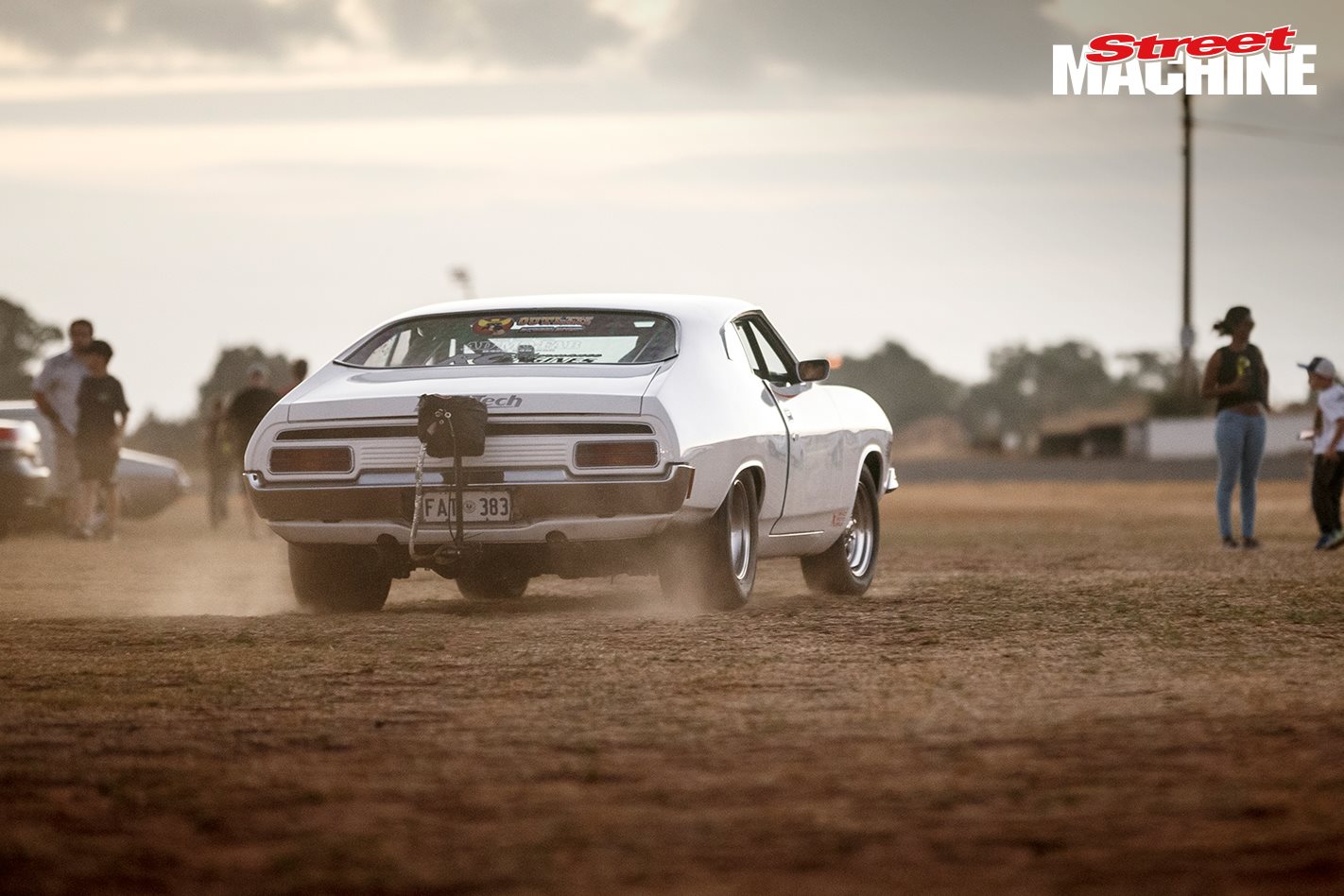 The current engine is based on an SVO Windsor block with alloy Cleveland heads, force-fed by an 88mm Borg Warner snail. It was built by Rino at RC Performance and made an impressive 1423hp on the engine dyno on 25psi in the lead-up to Drag Challenge 2017. From there it runs a Reid-cased Coan Powerglide with a 3500rpm converter and nine-inch rear end. 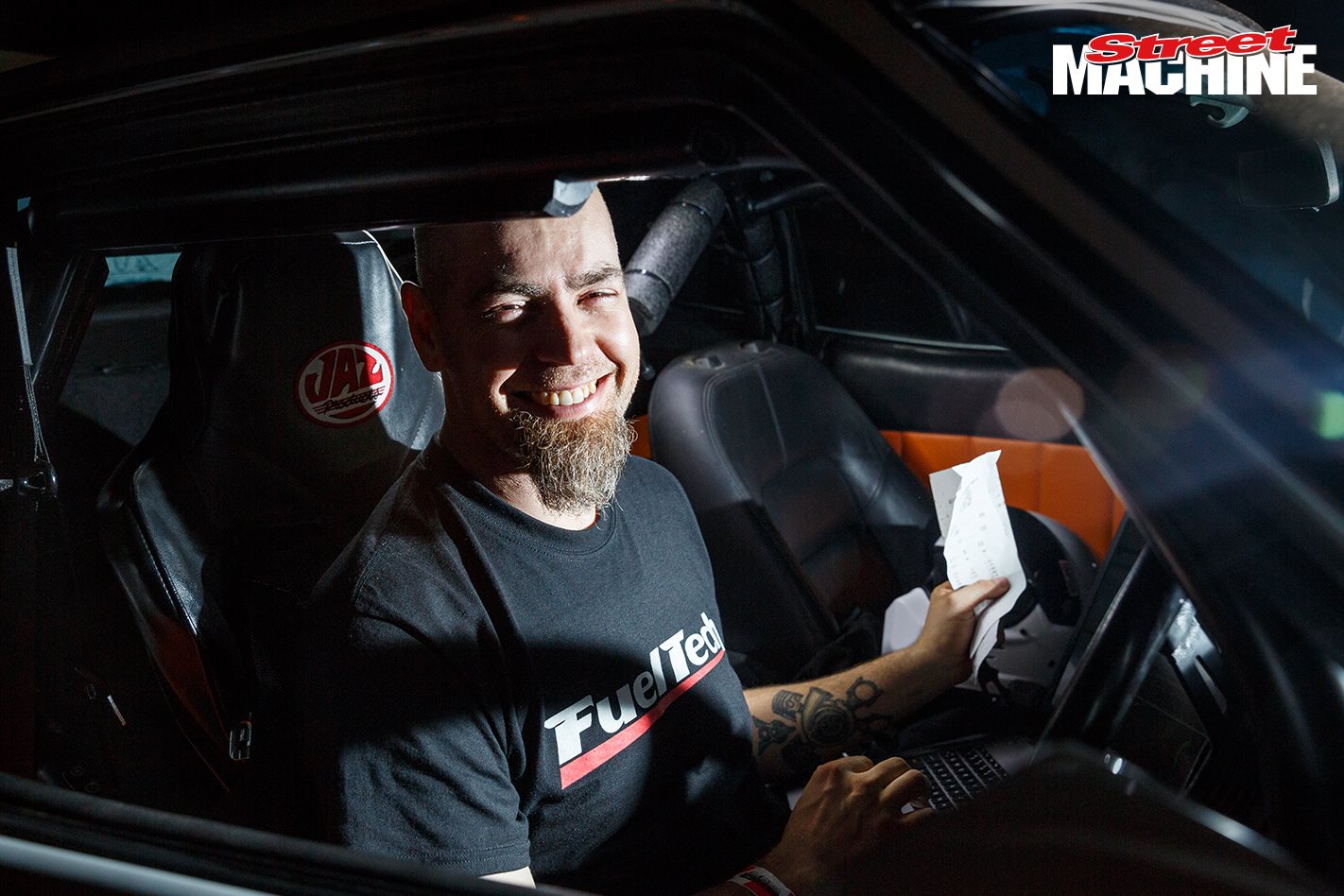 At last year’s Street Machine Drag Challenge, Phil finished up with a PB of 9.018 @ 158mph and he backed up with consistent 9.0s across the five day event but just missed out on his eight-second time slip. With Frank and Nathaniel from Dandy Engines remote tuning the FuelTech FT600, incremental adjustments since the event eventually yielded the eight-second timecard.

“The car has a triangulated four-link that’s never really been set up properly,” said Phil. “If we play with the suspension we can probably add more boost off the line and it’ll go faster as is. But I’ve ordered a billet 88mm turbo from the States that’s rated for a whole lot more horsepower and that will go on – along with a new converter and exhaust – before this year’s Drag Challenge.”