Chevrolet Colorado ZR2 might become the US Army’s ISV

Prospective US Army Infantry Squad Vehicle shares most of its components with US-market ute.

IT MAY BE more giant buggy than ute, but what you’re looking at could become the US Army’s next Infantry Squad Vehicle (ISV), which is based on the US-market Chevrolet Colorado ZR2.

Developed by GM Defense, General Motors’ division for military products, the ISV has been picked by the US Army for further assessment, with plans for the acquisition of 650 units from as early as 2020. 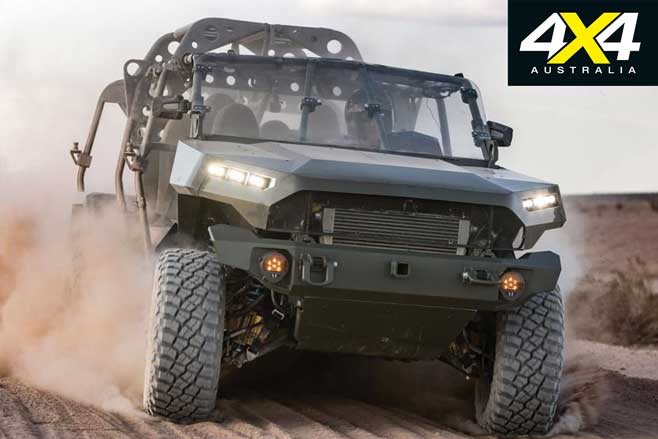 The ISV utilises the Colorado’s architecture for its occupant and cargo superstructure, with propulsion coming from a 139kW 2.8-litre diesel powerplant mated to a six-speed automatic. According to GM Defense, around 70 per cent of the ISV parts are using commercial off-the-shelf components.

One such component used on both Colorado ZR2 and ISV is the Multimatic DSSV dampers developed by Chevy Performance, which GM credits as one of the high-performance solutions that allows the ISV to meet the US Army’s requirement of being able to carry nine soldiers and accompanying gear at highway speeds, both on- and off-road “under extreme conditions”. 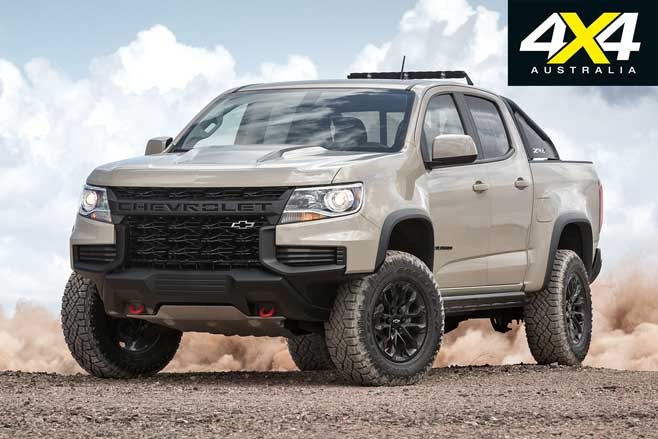 The ISV is also designed to meet the US Army’s requirement of being light enough to be sling-loaded from a UH-60 Black Hawk helicopter and compact enough to fit inside a CH-47 Chinook helicopter.

“We’re very proud of the opportunity to move forward in this competition and continue our development of a vehicle that will enable Army units to move around the battlefield with greater ease and reliability,” said David Albritton, president of GM Defense.

According to GM Defense, the US Army has so far confirmed the construction of two more ISV prototypes, with testing to commence in the fourth quarter of 2019.