We remember a legend of the street machine scene

LES McVeigh, one of the co-founders of Rare Spares, passed away on 3 June. Les, along with Dave Rayner and David Ryan took a business selling old Holden parts and turned it into a multi-million dollar manufacturing enterprise that now sells parts back to Australian car companies. Rare Spares was an important player at the birth of the street machine movement, supporting both Street Machine and the Summernats from the beginning. Les himself was an important figure in the early Holden scene, including his work to found the Australian Early Holden Federation. We interviewed Les about his life’s work in the February 2009 issue of SM shortly after he retired from the business full time:

When did you realise you were a car nut and how did you go about getting mobile?
I bought my first car at 13. It was a Standard Ten, it cost two quid and that would have been in 1963. It had one day’s rego on it and I drove it home and then took the day off school and drove it around the streets of Reservoir. After that it became a paddock basher. I can’t remember what happened to it — it probably got wrecked or was sold for parts.

Is that where it all started?
Possibly. I had a lot of paddock bombs in my day and when they broke down I used to wreck them and sell the parts.

When you became legal, did you lust after a particular car?
I wanted a Holden. I got my licence on my 18th birthday and there was an FX for sale for $60 in Dandenong, so I bought that. It went 50 metres and the engine blew up. I knew it had a crook motor but I thought it might go further than that. I got it home, put another motor in it and I’ve been a Holden man every since. 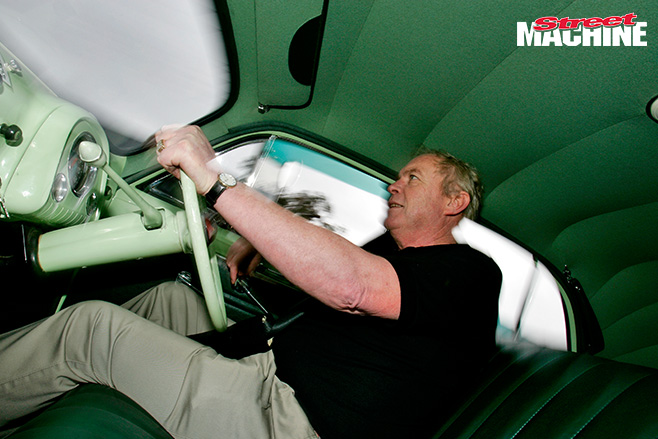 Did you race?
I got my CAMS licence but never actually had the money to get a race car. I used to drag my cars. I had a turbocharged FJ, which I’ve still got; it was pretty trick but it’s in pieces at the moment. Actually it’s been in bits since 1979! I just haven’t had the time to put it back together. I wasn’t a big drag racer. On the Saturday I would change front and back wheels on my street car then flat tow it out to the drags at Calder on Sunday. Unfortunately, in my class — F Stock — there was a BMW that killed everybody.

I just liked cars, working on them and building them up. I was more into show ’n’ shine and I started the Early Model Holden Club of Victoria. That led to running the first Early Holden Nationals in 1977, and I formed the Australian Early Holden Federation to look after the rules. I think my FJ took Grand Champion in the first and second year of the Nationals.

So how did Rare Spares come about?
I had an FJ and an FX at the time, around 1973-’74, and I would go around buying parts. I’d go to a Holden dealer and buy new parts for restoring my cars and it got to the stage where I started selling parts to the car club. It was always better to buy new parts than secondhand ones. I don’t know if people didn’t realise that they were still available or that the Holden dealers were just too lazy to promote them, so I thought it might a good idea. John Rayner was doing a similar thing and we joined up in 1975. Initially we specialised in Holden parts. I was in Greensborough and John was in Kew and he had a big basement so we moved the parts into it. We were just trying to make a few dollars to restore our cars. I was still working as a telephone technician for the PMG [forerunner of Telstra] and had just got married. We started to get serious when we moved into a 1000sq ft factory in Reservoir. Then David Ryan put in; he was going to do mechanical repairs and we got another 1000sq ft factory.

Were parts for older cars harder to find by the late 70s?
They weren’t hard to get if you looked for them and knew where to go. Once I went on a buying trip to Adelaide in a Thames van and sent back a train carriage-load of parts, a semi-trailer load, plus a load in the Thames van, so there was plenty around. Computers weren’t popular then and stock control was done on a card system, so dealers didn’t know if a product sold or didn’t. 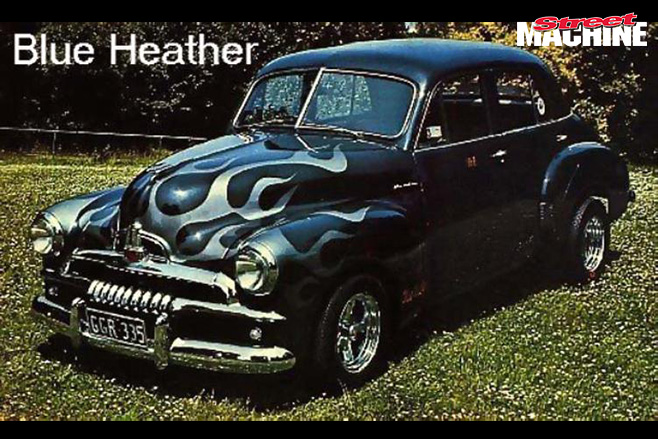 What were the best-selling spare parts in the mid-to-late 70s?
That’s a good question. Parts for the FX/FJ series were really strong, because that’s mostly what we had, then FC and FB. It seemed that anything we found became a good seller; we found hundreds of boot hinges and all of a sudden they were good sellers.

The business was growing, Rare Spares was getting a reputation, I guess you had to eventually start looking at Ford parts?
We had about four other companies in opposition to us selling Holden parts — any that are still about now are our customers — but I think it was about 1986 we decided if there was a market for Holden there must be a market for Ford parts as well, so we’d better have a go at it. We decided to go for the whole range.

Rare Spares now has a big manufacturing business. When did you begin making parts?
We started doing windscreen seals for FXs and FJs in about 1975 and not long after that we made EH door belts. That was, at the time, our biggest investment. We’ve just bought two pressing companies to press out rust panels; we make just about all the Holden and Ford lenses, virtually anything in rubber except for tyres, a lot of badges, decals, weather-stripping … We’ve just made headlight rims for HQs and we’ll probably make a full range of those. At any one time we probably have 200 products either going to be manufactured or quoted and we’re releasing five products a week this year. We make parts right to VN and we stock parts up to the current model, which is probably not widely known. We supply the car companies with a lot of parts and we’re not talking niche items, we’re talking things like filters, panels and lamps. We’ve also got a wholesale rubber company and that came about through Rare Spares making rubber products. We’re probably one of the biggest wholesalers of rubber in the country, companies like Clark Rubber would buy from us indirectly. 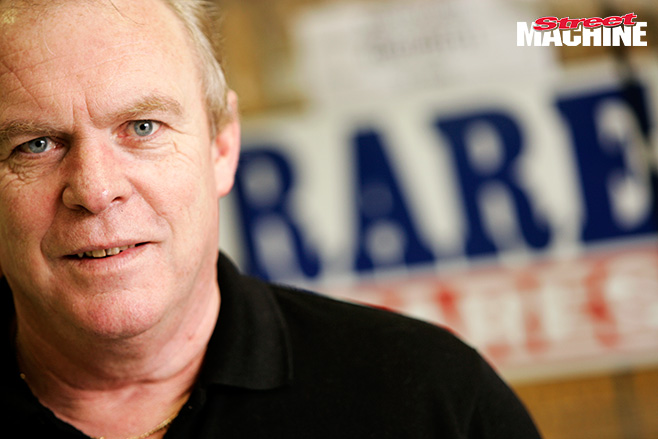 You sort of retired last year.
Yeah but I’d go crazy if I completely retired. I enjoy making new parts, that’s the bottom line. I enjoy looking at ways of making things we aren’t supposed to able to make because they’re too dear, finding another way of making them to suit the need and still do the job. Like a bumper bar rubber on an HZ, for instance. That’s a long, long piece and the tooling would be thousands of dollars. We extruded it then moulded the ends and joined it together, which cuts the cost down and enabled us to make it.

What do you think is your greatest experience since founding Rare Spares?
It’s the company itself and the people within it, how they work as a team; it’s phenomenal. It’s like it’s their business. We really have a fantastic team, even with our suppliers and customers. We supplied a company a few thousand pars that were wrongly labelled. It was our supplier’s fault but we were responsible for it so two of our guys relabelled all these parts, and it was their idea to do it. Integrity and honesty are important to us. I just came back from Thailand where I went to the wedding of one of our suppliers. There were 1500 people there and I asked him if there were any other customers coming, and he said I was the only one. That was because I was his friend, not a customer. That meant something to me.

What’s the biggest mistake you’ve ever made? Have you ever ordered something and been left with a mound of useless bits?
We have a policy that if one person makes a mistake, we have 50 heads to get us out of that mistake. We’ve made one mistake that sticks out; we bought some child harnesses and they were extremely slow sellers, but we got out of it. 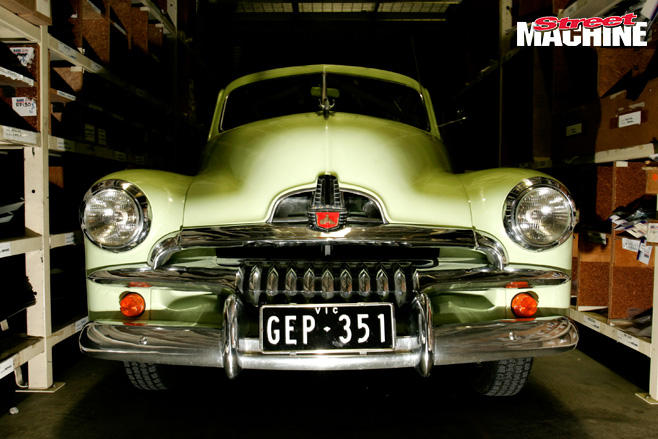 Do you still enjoy the show scene?
I usually go to the hot rod show in Melbourne but I don’t travel interstate much. We’re a big supporter of Street Machine Summernats, of course. I got to a lot of swap-meets and talk to people. We do a lot of customer feedback and we welcome it whether it’s good or bad. We want to find out what to make and what not to make.

What do you think of the current street machine car scene?
I think you have to break it into two different areas, restoration and street machine. In the street machine scene you can do anything you like, you can be as over the top as you like and there are a lot of nice cars out there. The restoration market is much overlooked. We’re at the start of restored cars becoming high priced, especially Holdens.

What’s your all-time favourite Australian car?
I love the FJ, I’ve got a thing about them.

Why?
I have a lot of fond memories of them and beauty is in the eye of the beholder; I love the look. I used to have mine raked, with big fats on the back and smaller wheels on the front and the nose pushing down, it looked good. Then again I like the Monaro too; I almost bought a new one. 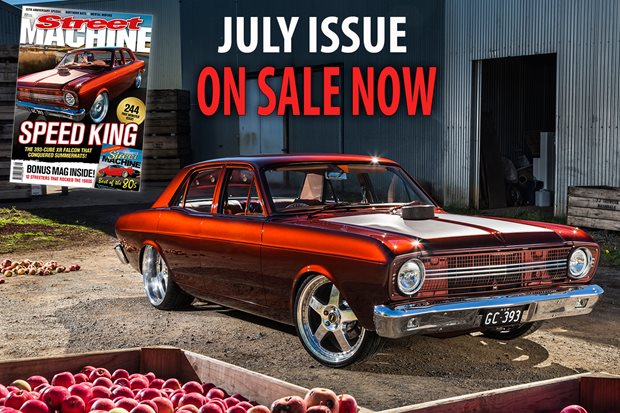 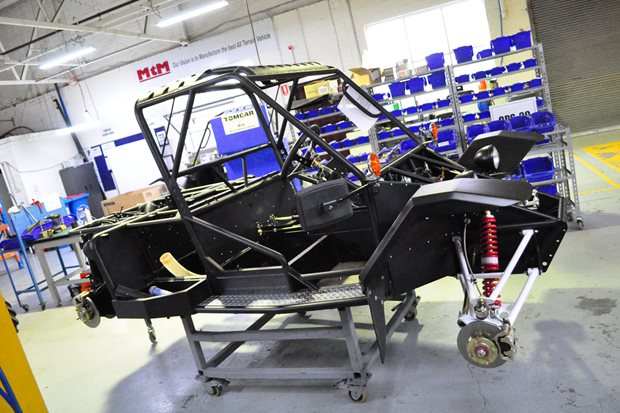 Senator Ricky Muir recently visited Tomcar Australia, which will become our only vehicle manufacturer after Holden and Ford close 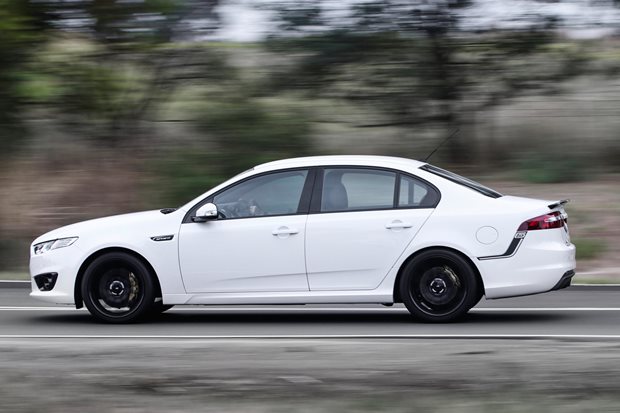