Hilux, Ranger and Triton were the best-selling vehicles in February 2019

THE Toyota Hilux, Ford Ranger and Mitsubishi Triton were the three best-selling vehicles overall in February, helping the Light Commercial Vehicle (LCV) market record an upswing of 6 per cent in sales versus February 2019.

In fact, the LCV market was the only segment to record a monthly sales increase; the passenger car market was down a whopping 21.3 per cent and the SUV segment dropped 6.3 per cent. A total of 87,102 sales were recorded for the month, a dip of 9.3 per cent; while 169,096 vehicles have been sold so far this year, 8.4 per cent down on last year.

“Given the current challenging economic conditions, including a downturn in the housing market, the automotive industry is not surprised by the slower start to the year,” chief executive of the FCAI, Tony Weber, said. 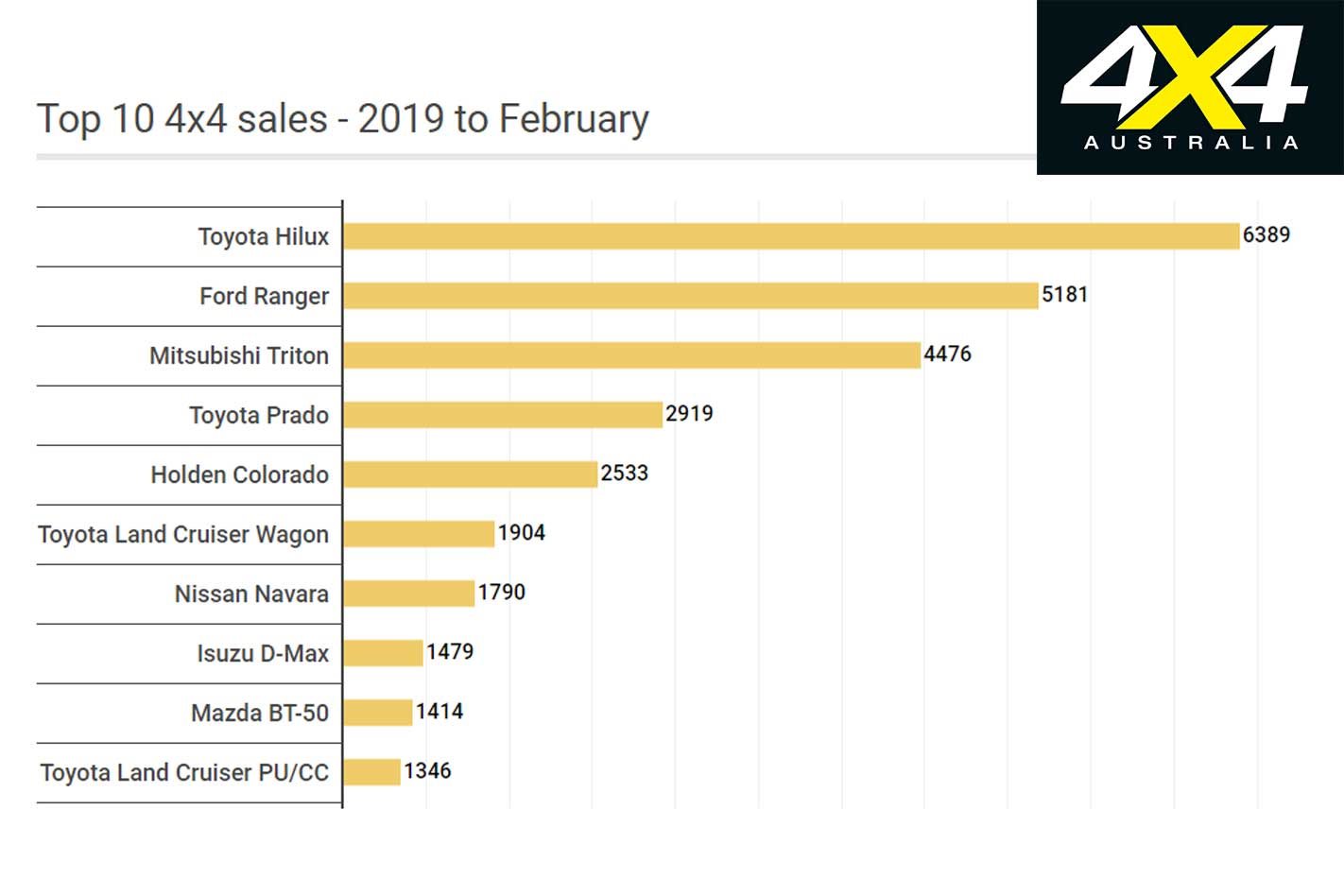 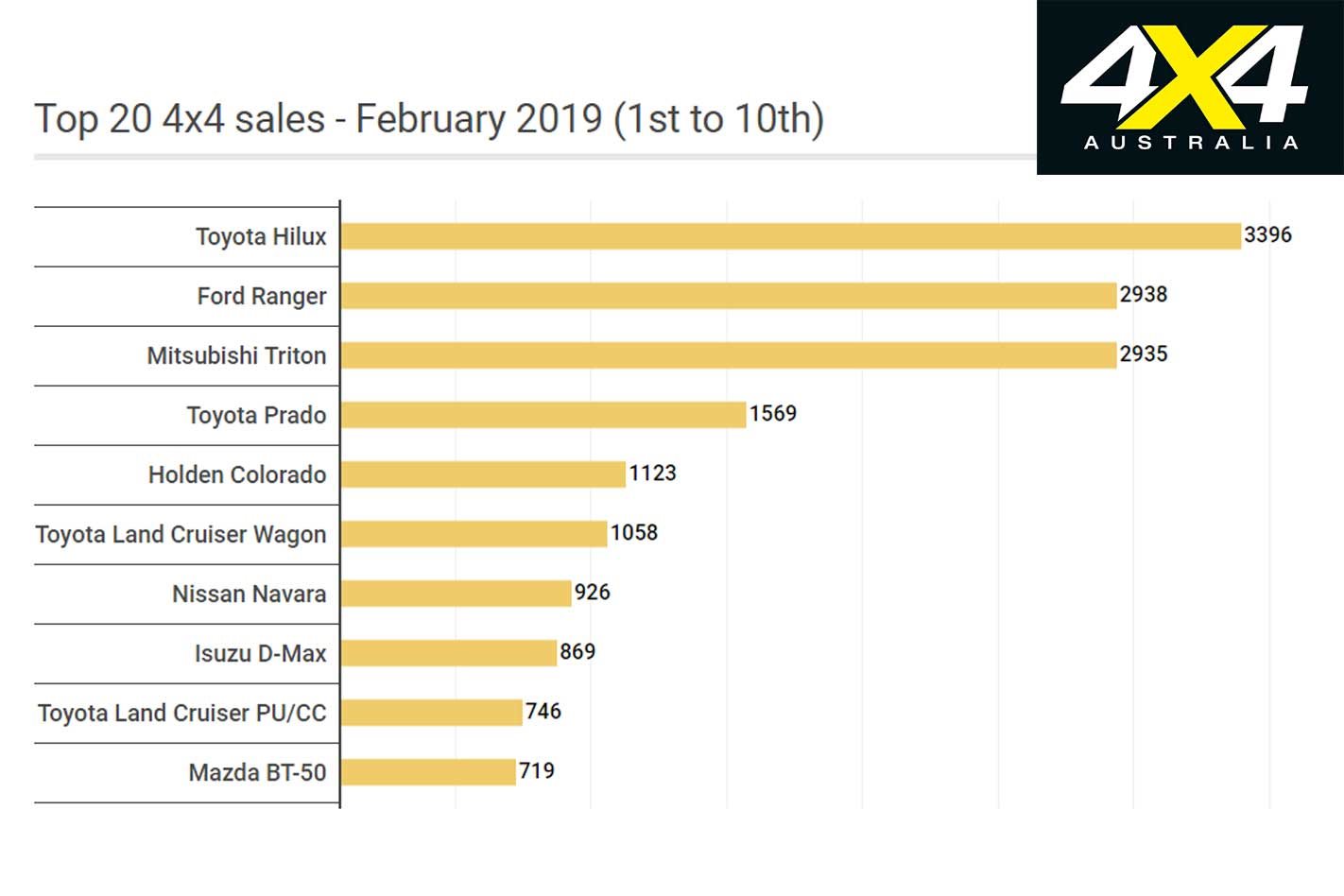 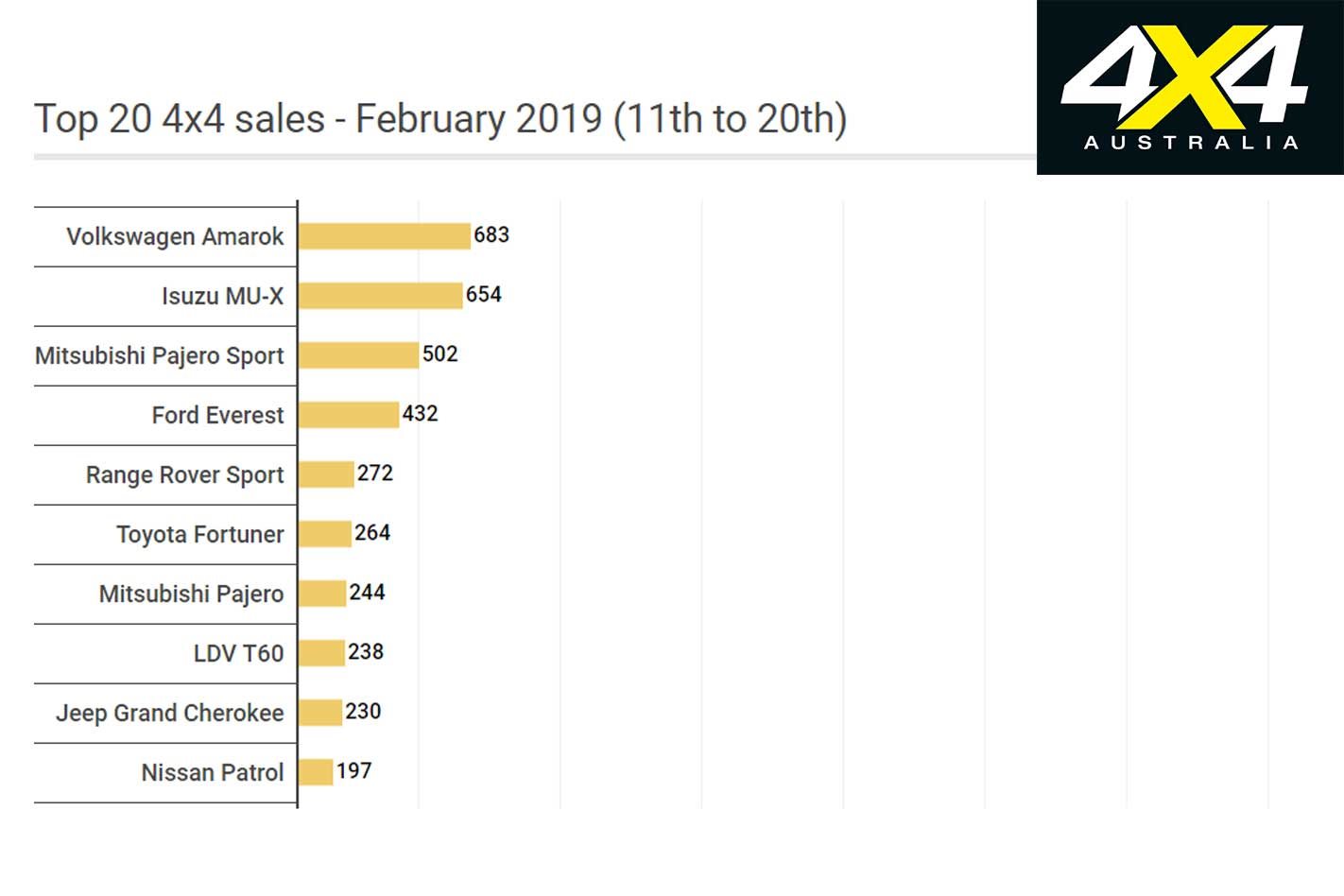