The Hilux 4x4 also bucked the widespread trend seen across the industry to register a sales growth of 3.9 per cent (compared to January 2018). Conversely, Ford dipped in sales by 22.4 per cent month-to-month. 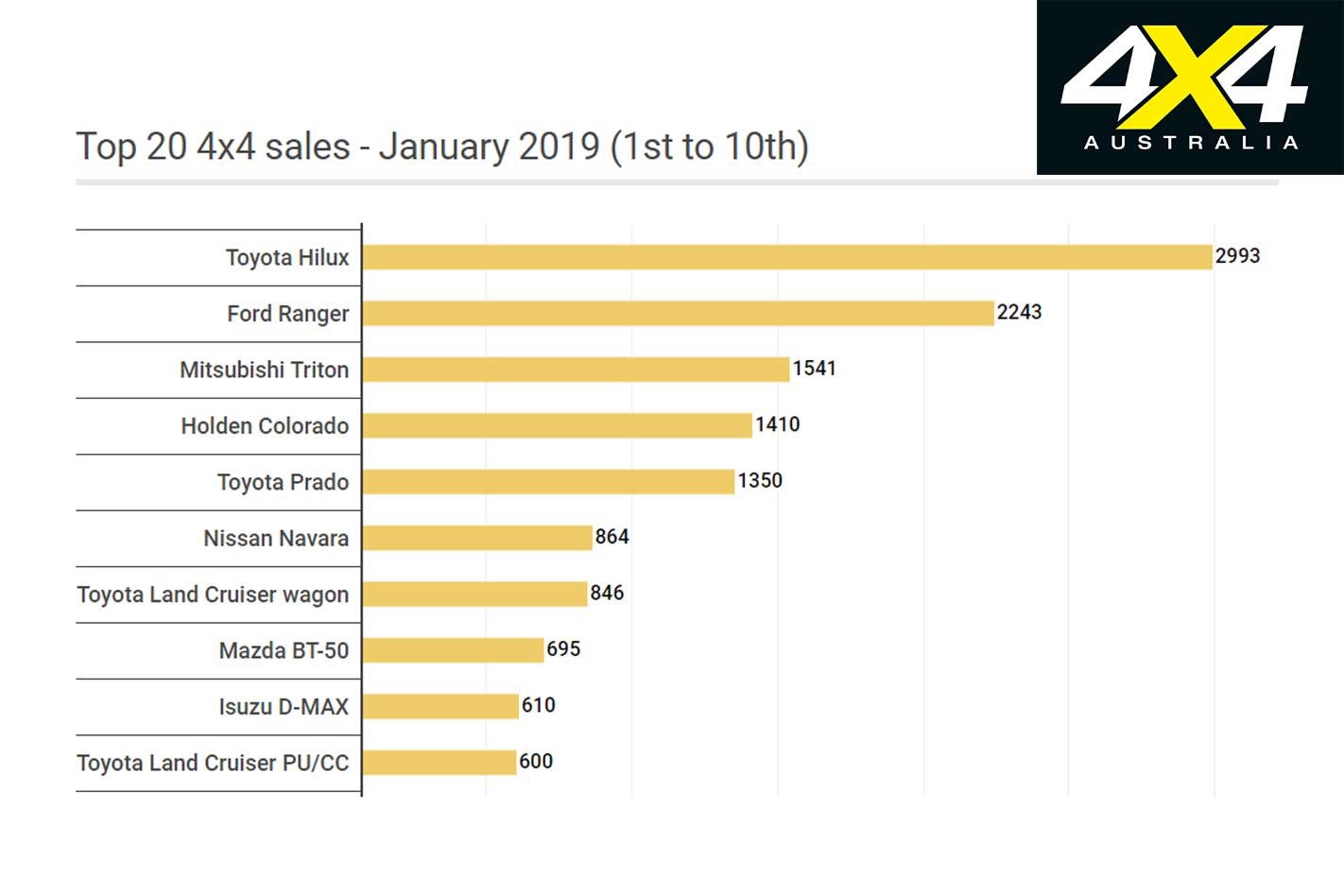 That widespread trend – a total of 81,994 vehicles were sold last month, 6557 less than in January 2018 (88,551) – can be attributed to low levels of consumer confidence, according to the Federal Chamber of Automotive Industries (FCAI) CEO, Tony Weber.

“The current economic environment is a challenging one, with an imminent federal election, a declining real estate market and tighter lending practices,” he said. “However, Australia’s love affair with SUVs continues. January was a solid sales period for these vehicles, with the segment claiming 43.8 per of total market sales. 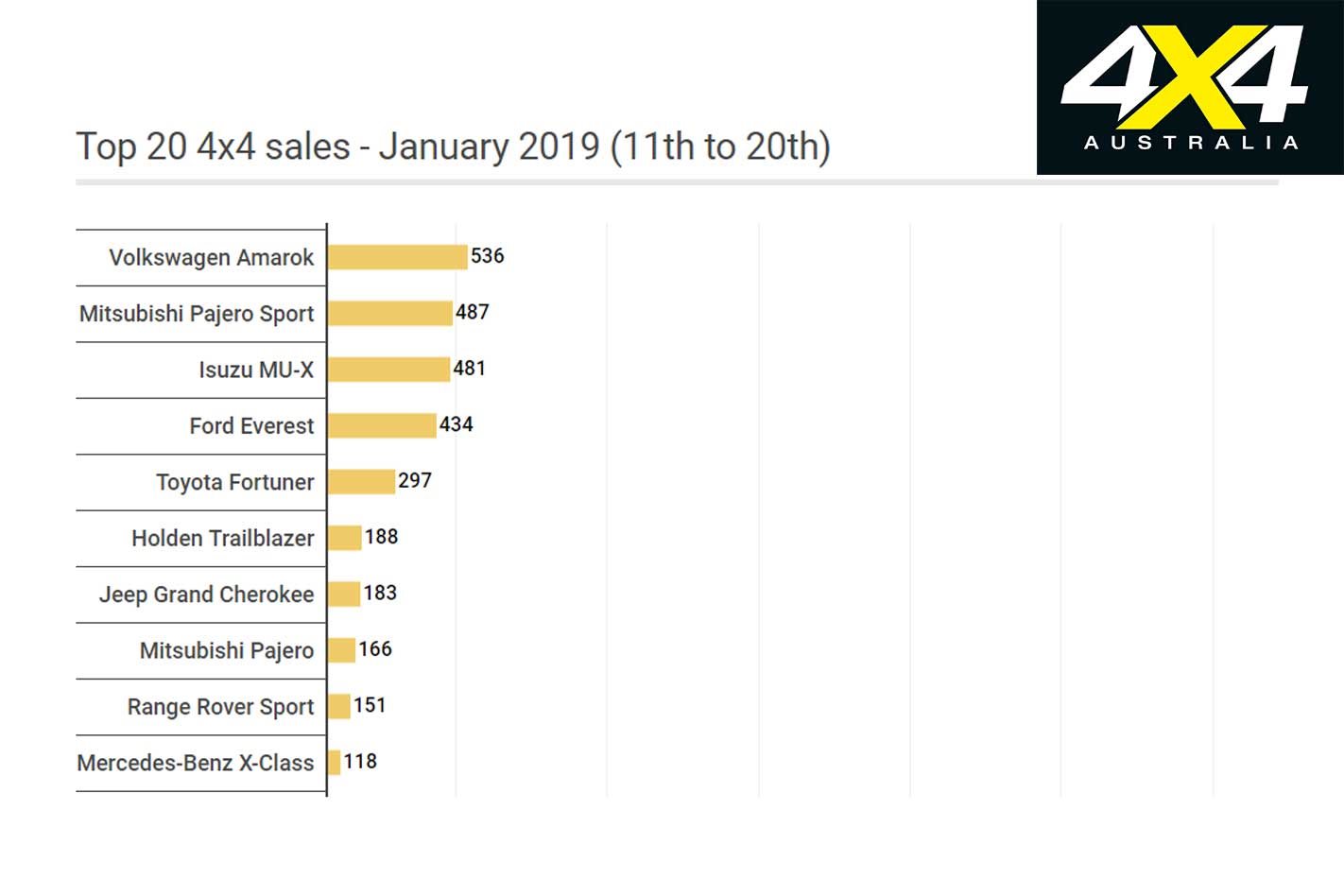 Sales in the Light Commercial Vehicle (LCV) segment dropped by 5.8 per cent when comparing month-to-month, with 15,809 new LCVs selling compared to 16,776 in the same month last year. The PU/CC 4x4 segment also registered a dip in sales, with 11,853 recorded compared to 12,196 last year.

The Hilux (4x4/4x2) was – yet again – the best-selling overall vehicle in the Australian market, with the Mazda3 and Ford Ranger (4x4/4x2) joining it on the podium.