MAY 2020 might have represented a big improvement for new 4x4 sales over April, but the overall market is still way down on previous years; some 33 per cent in total.

The strongest player overall as always is Toyota, especially in the 4x4 ranks where it held four of the top six positions for the month.

Significantly, the Hilux’s 2800 sales were enough to take over the number one sales position year-to-date from the Ford Ranger, which only managed 2499 sales in May.

Each of those 4x4 utes sold close to 1000 units more than they did in April, showing that the market is on the way back and it looks like another two-horse race to the post for 2020.

As predicted last month, a strong sales month for the Toyota Prado was enough for it to edge its way into third place year-to-date, bumping the Mitsubishi Triton back to third spot. 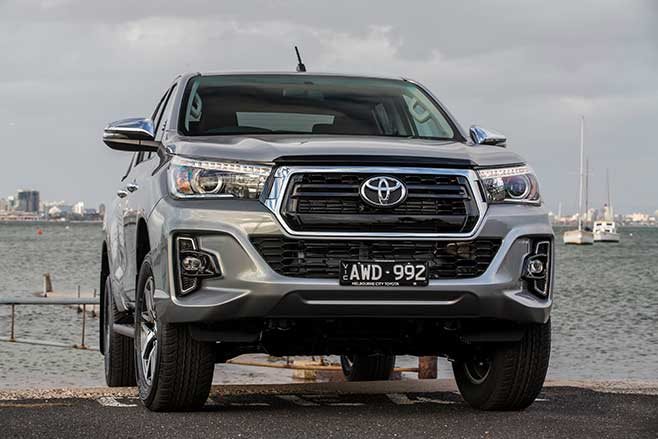 The Prado and LandCruiser showed there’s still a strong appetite out there for full-size 4x4 wagons, while even the LC79 outsold the popular one-tonne utes such as D-MAX, Navara and Triton.

A new addition to the charts for May was the Jeep Gladiator pick- up, with 71 registrations against its name. These were the dealer demos and marketing fleet, as the first Gladiators only started to go out to customers at the start of June. It will be interesting to see how well the new Jeep sells in Australia.

The 4x4 ute segment totalled 10,979 sales in total for May, only beaten by the popular and packed medium SUV class which moved 11,477 unit.

Significantly for the utes, that’s only 23.4 per cent down on May last year, while some other segments of the new car market are down 40, 50 and 66 per cent.