VFACTS October 2018: Hilux and Ranger lead the pack, yet again

Despite an overall drop in LCV sales, Ranger and Hilux remain best-selling vehicles.

WITH only two calendar months remaining until 2019 arrives, Toyota’s Hilux has all but stitched up first place on the 4x4 year-to-date sales charts after outselling the Ford Ranger by 362 units in October. 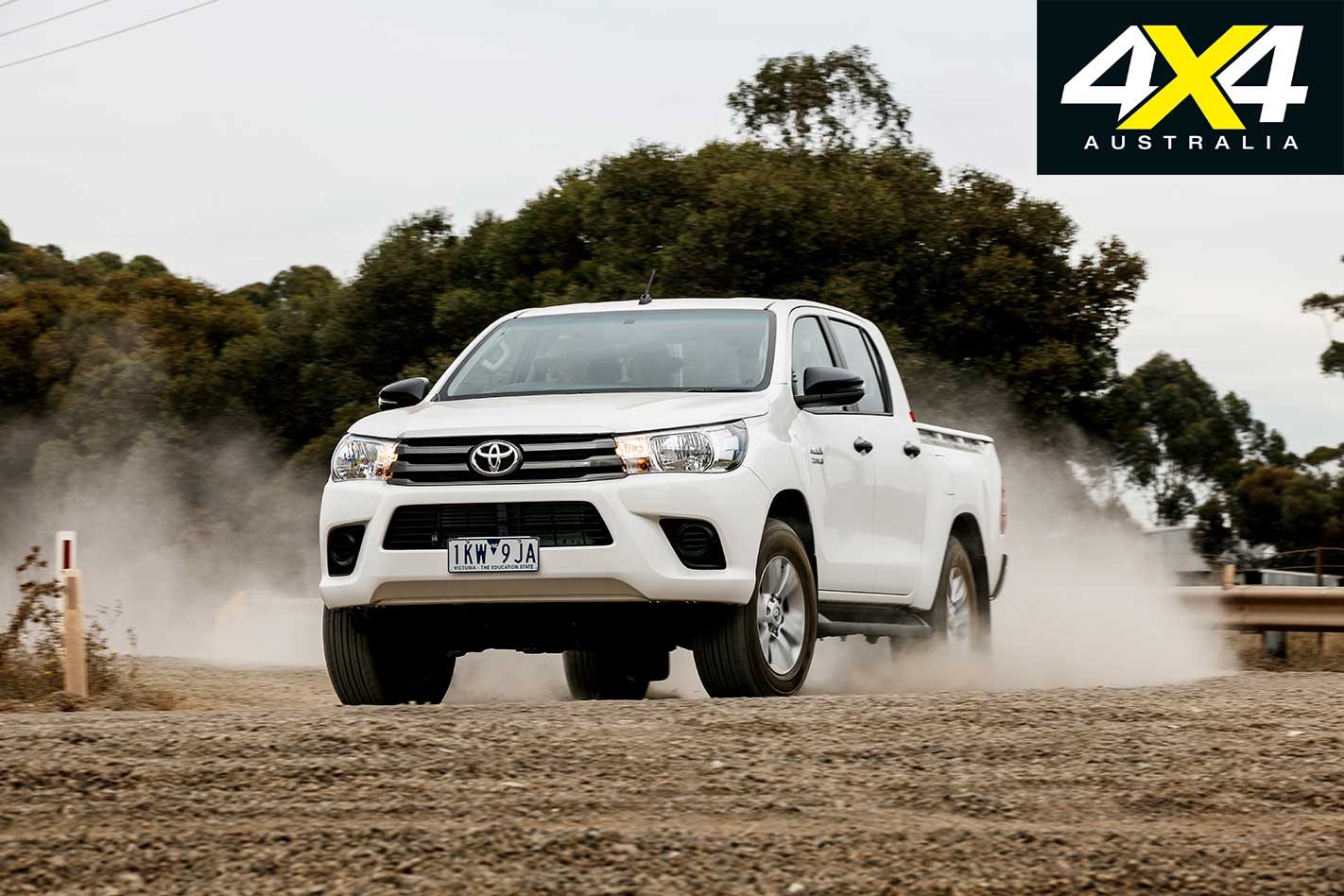 Despite the ongoing success of these two dual-cabs, light commercial vehicle sales fell by 2.3 per cent compared to 2017 – reflecting both the strong year for sales in 2017, and the overall market decline. 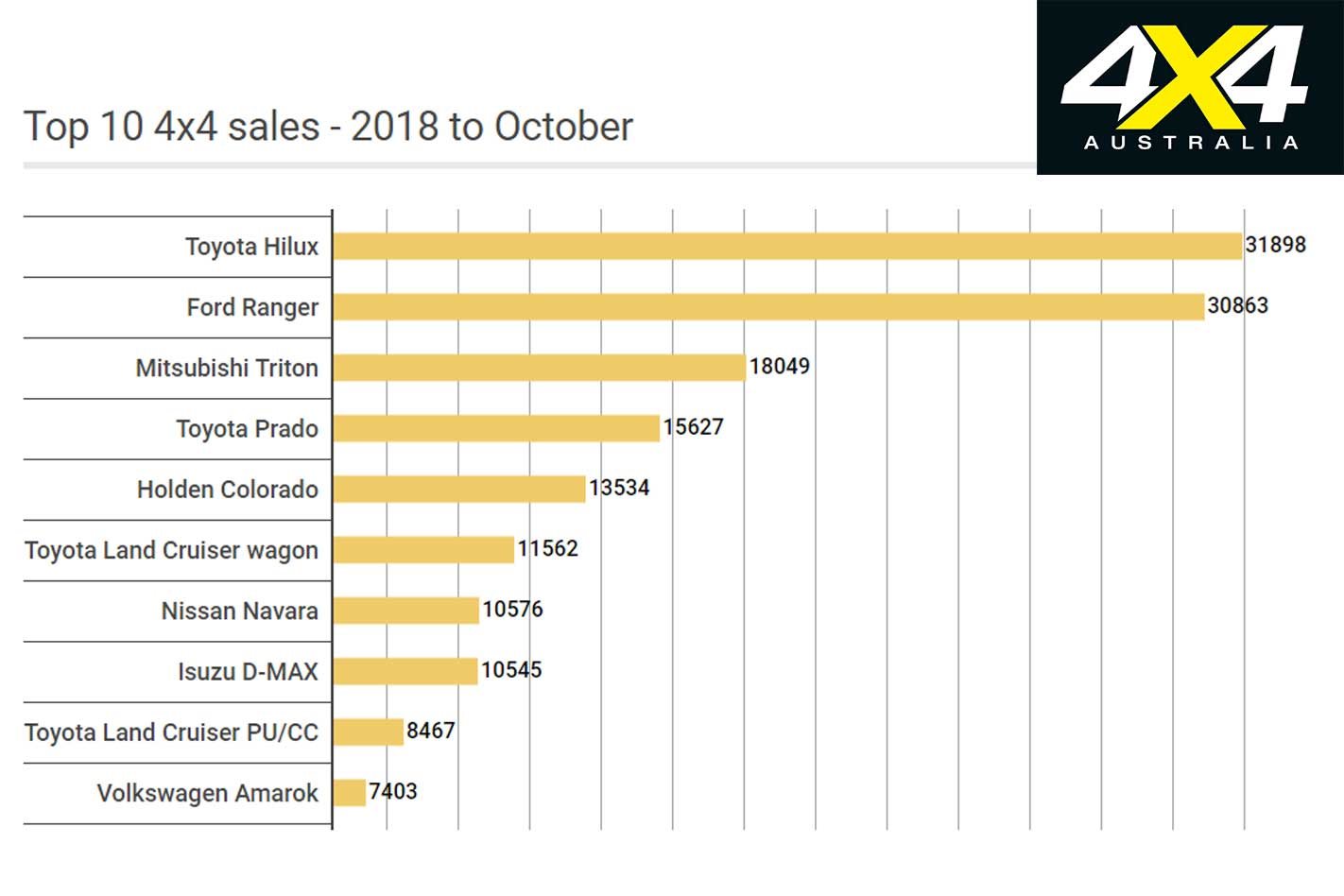 “What we are seeing is a slightly slowing market, after the industry has produced five years of record sales over the past six years,” Tony Weber, the Chief Executive of the Federal Chamber of Automotive Industries, said. 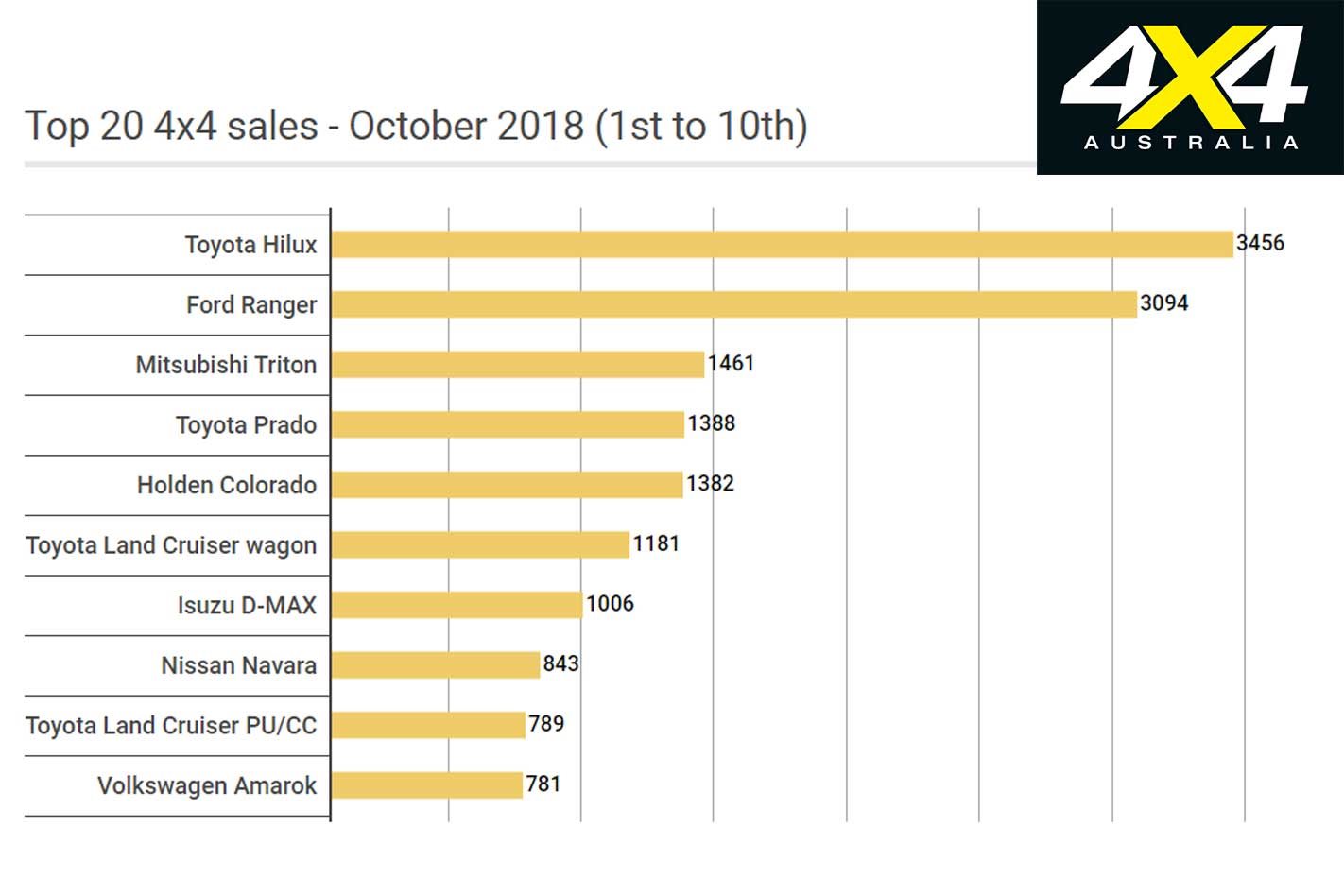 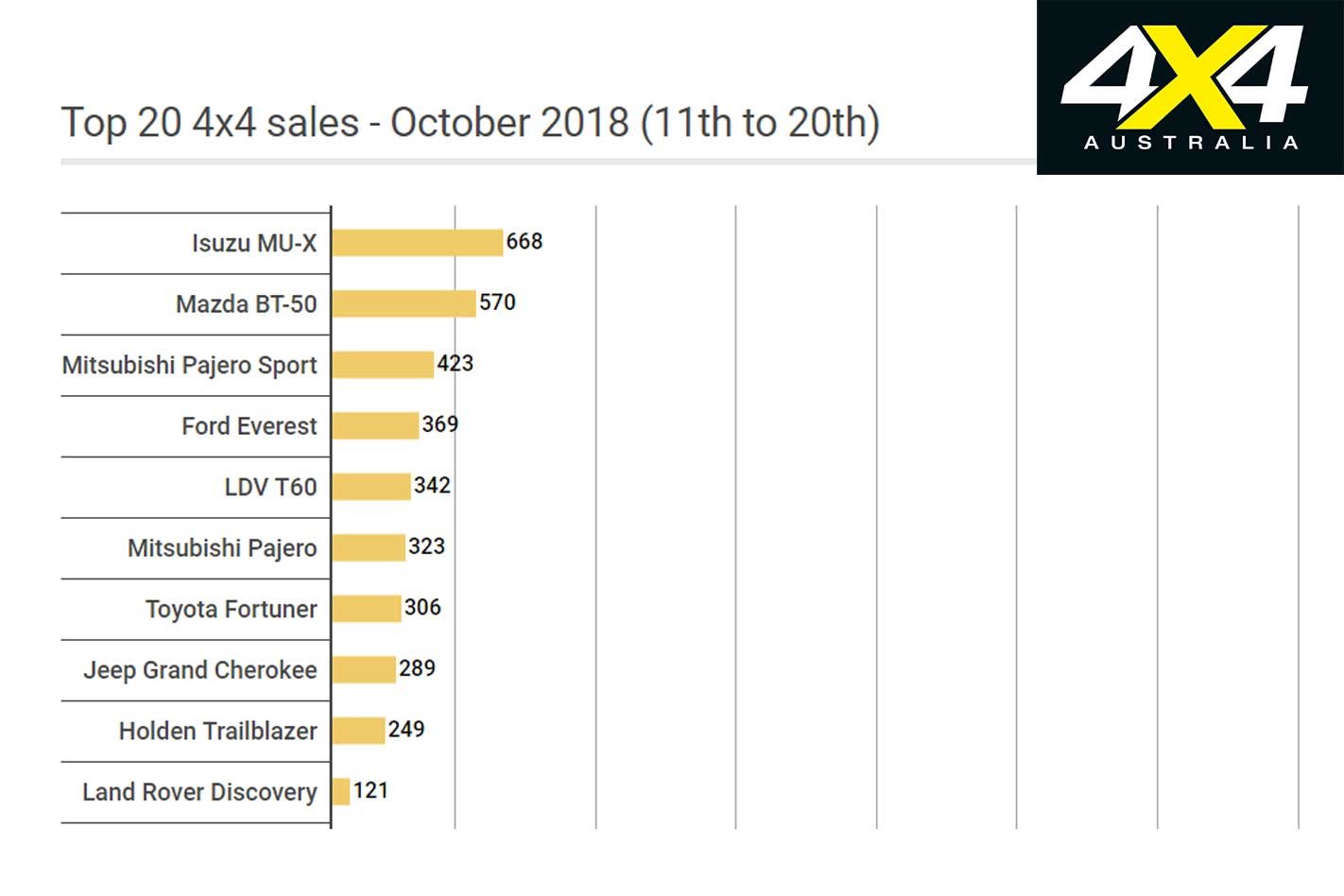 In other 4x4 news LDV enjoyed a stronger month in October by shifting 342 T60 pick-ups; while Mercedes-Benz could only entice 101 customers to purchase a 4x4 X-Class. Perhaps that’ll strengthen with the arrival of the V6-powered version?