The complete revelation is scheduled to take place next month, with the task of the 4x4 to 6x4 conversion in the hands of Six Wheeler Conversions, an Australian conversion company based in Toowoomba, Queensland. 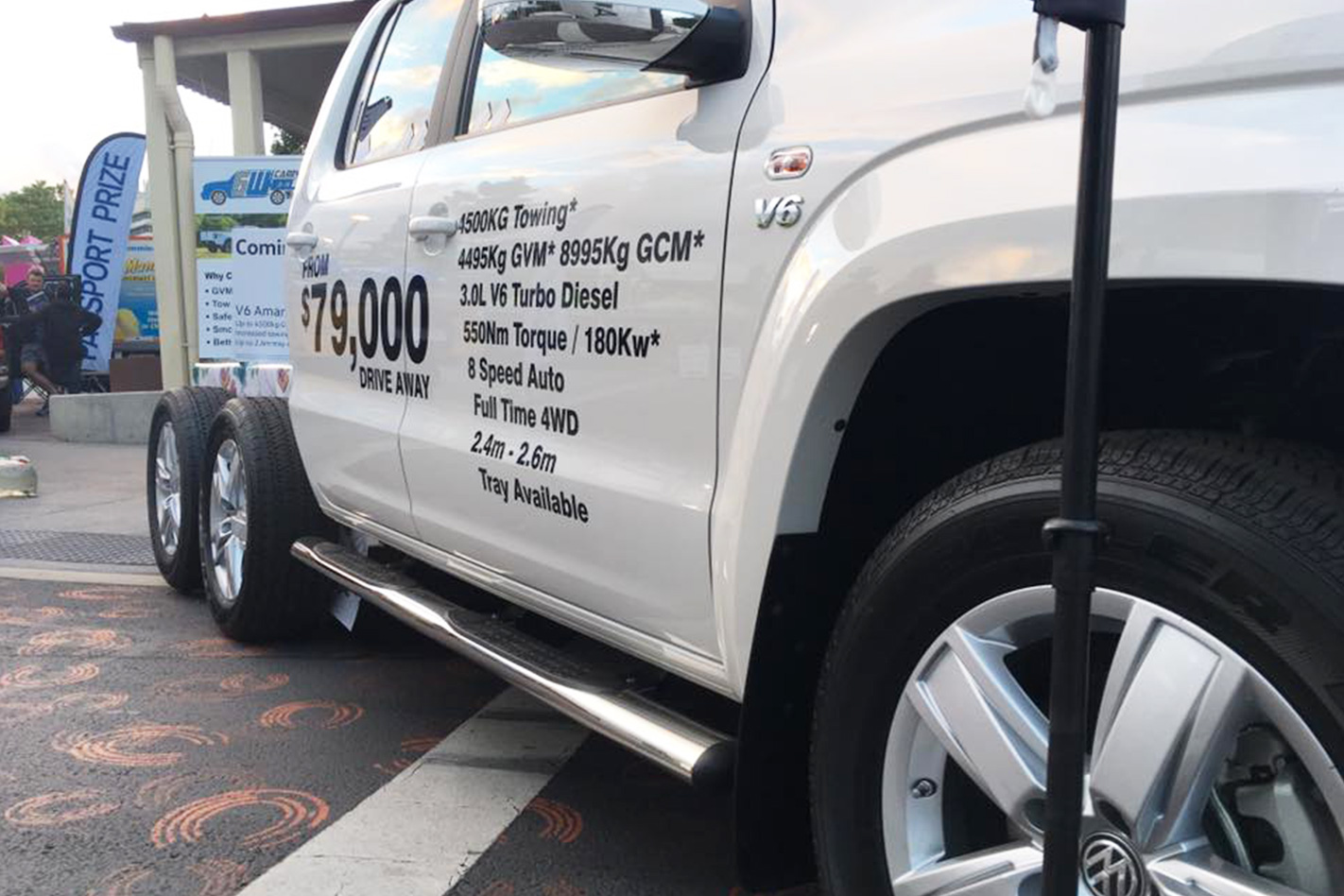 Six Wheel Conversions has more than 30 years of experience converting vehicles to six-wheelers, with its most popular conversions involving Rangers, BT-50s, D-Maxes and LC79s.

Volkswagen Australia confirmed that the conversion is a third party concept with no links to Volkswagen Commercial Vehicles whatsoever.

As can be seen by the signage stamped across the driver’s side door of the 6x4 Amarok, it has a GVM of up to 4500kg, a 1700kg payload capacity, increased towing capacity and GCM (than its four-wheeled stablemate), and a bigger 2.6-metre tray. 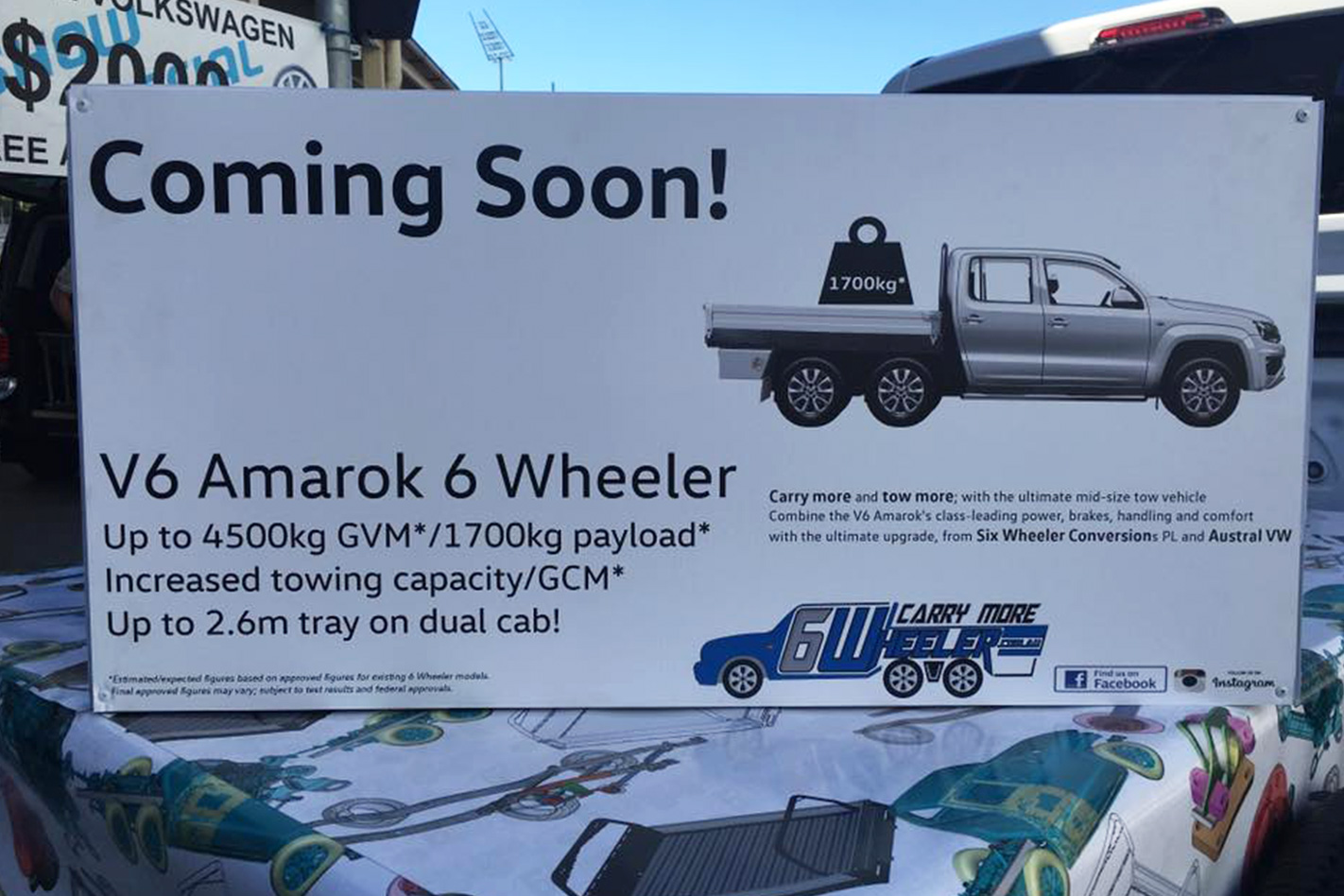 The Amarok V6 TDI’s drivetrain, of which the conversion is based on, remains unchanged – that means it gets 165kW, 550Nm and the eight-speed auto. However, expect the conversion to utilise VW’s more powerful 190kW (200kW on overboost), 580Nm 3.0-litre V6 when it arrives in Q3 this year. 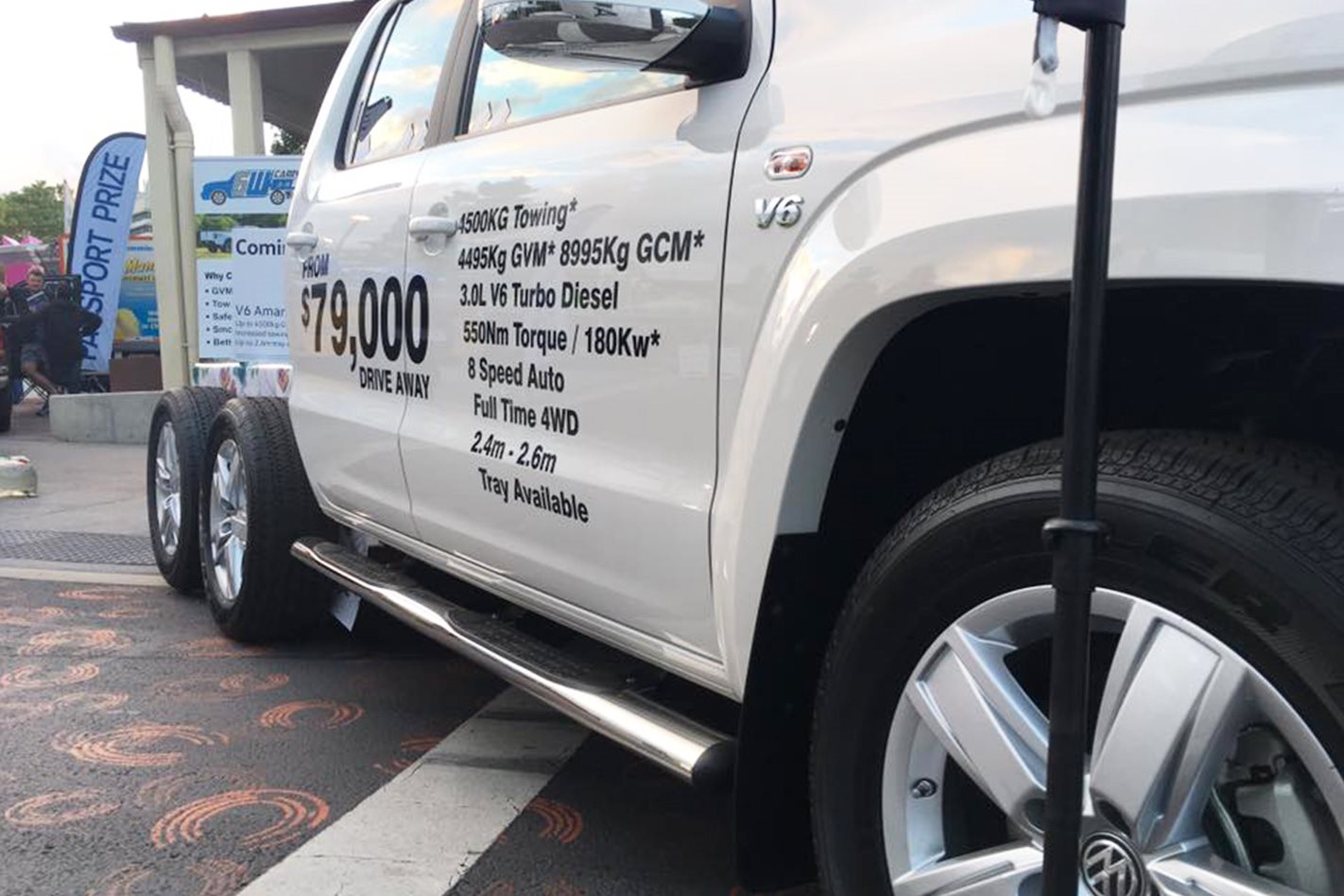 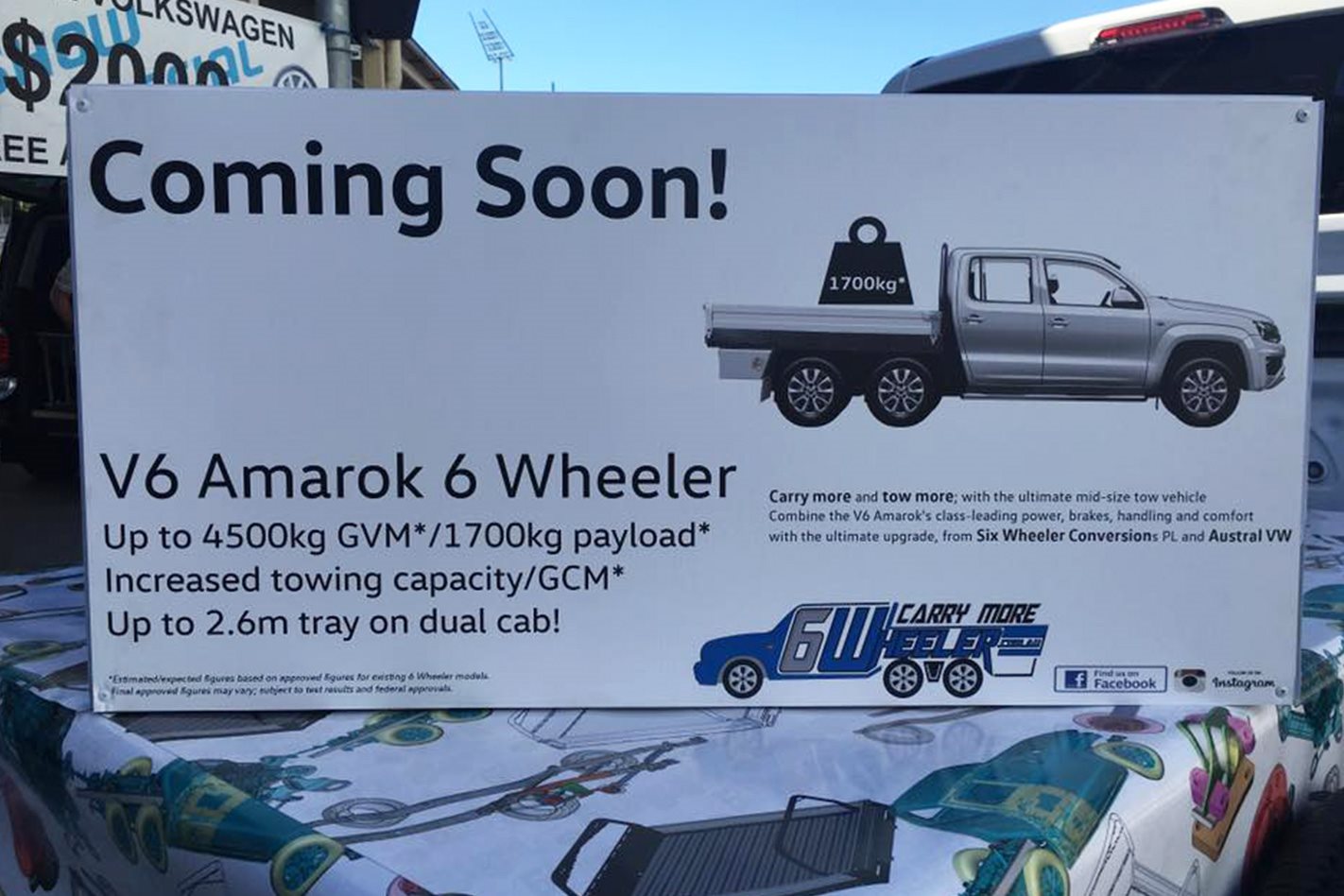