Stuck for something to do this weekend? Not anymore! Street Machine has you covered with a petrol head weekend gig guide

IT IS a busy weekend in Street Machine land. Scott Taylor and Steve Kelly are heading up to Benaraby Raceway in Queensland, to cover Round Four of the Australian Pro Street Association (APSA) National Series. 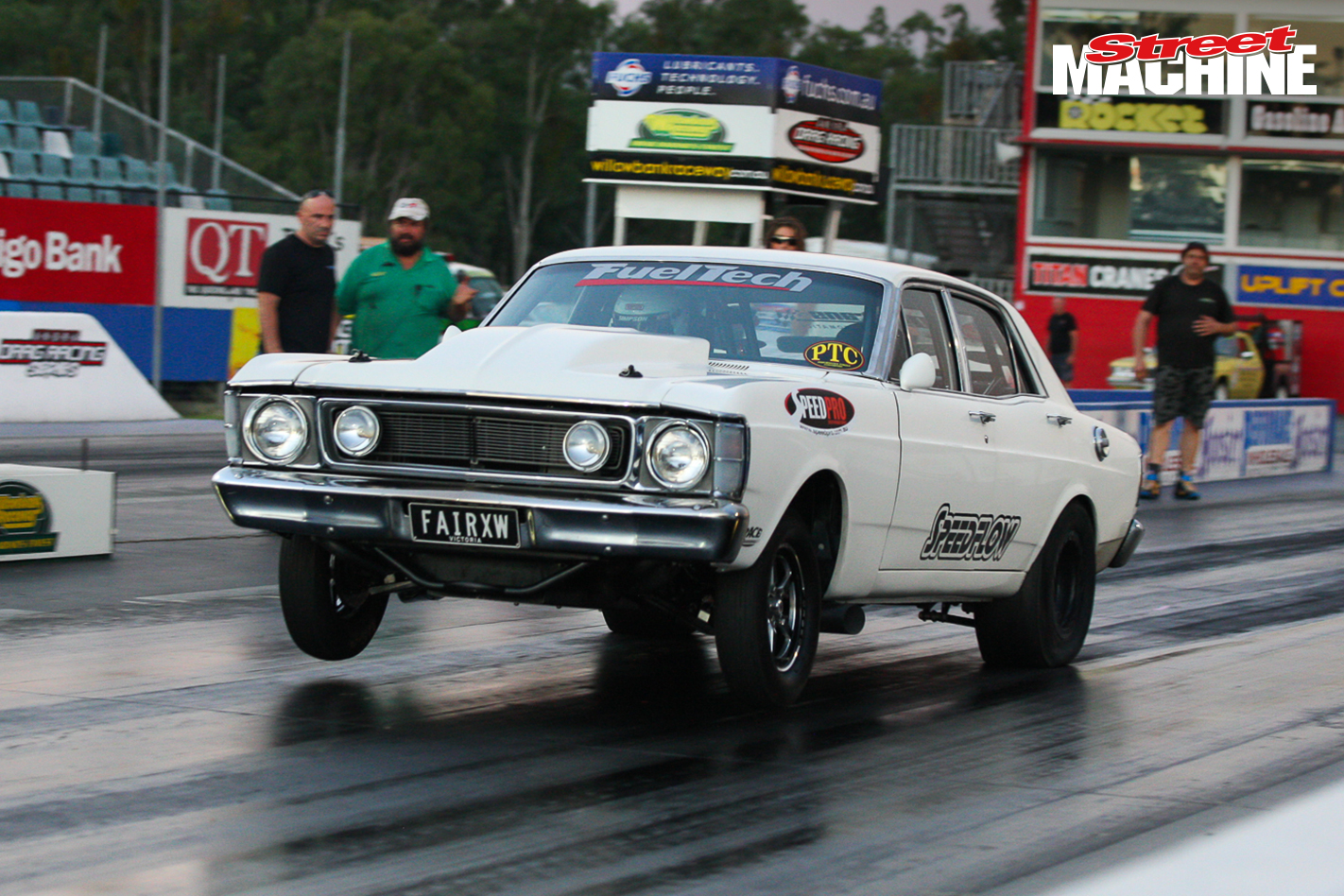 There are some super-tough cars making their way up from the southern states for the meeting, including Steve Bezzina’s XW Falcon. Packing a monster twin-turbo small-block Ford motor and putting well over 2000hp down through radials and leaf springs, Steve’s XW is always spectacular. Also from Victoria is Dom Luppino’s twin-turbo Mustang, which currently heads the Pro Street Blown list with a 6.69@219mph. Representing for both NSW and fans of old-school blown horsepower is Craig Hewitt’s Monster CV8 Monaro, which has a current PB to its name of 6.87@202mph. Other heavy hitters will include Perry Bullivant in his Outlaw Radial LX Torana hatch, Scott Cortina’s always-entertaining HG Holden and Tony Webb’s turbo Holden V8-powered LJ Torana. MUCH further south, the very first Powerhouse Engines Aspo Nats is being held at Bairnsdale Dragway tomorrow. That’s right, a burnout event for normally aspirated cars only, with a $15,000 prize pool. In fact, some very tough blown burnout cars are removing their blowers especially for the event, including Ross Heasley in MRBADQ and Juzz Mott in GEMSKID. In addition to the high-rpm skids, there will be carnival rides for the kids and jet car demos. For more info, visit www.asponats.com. 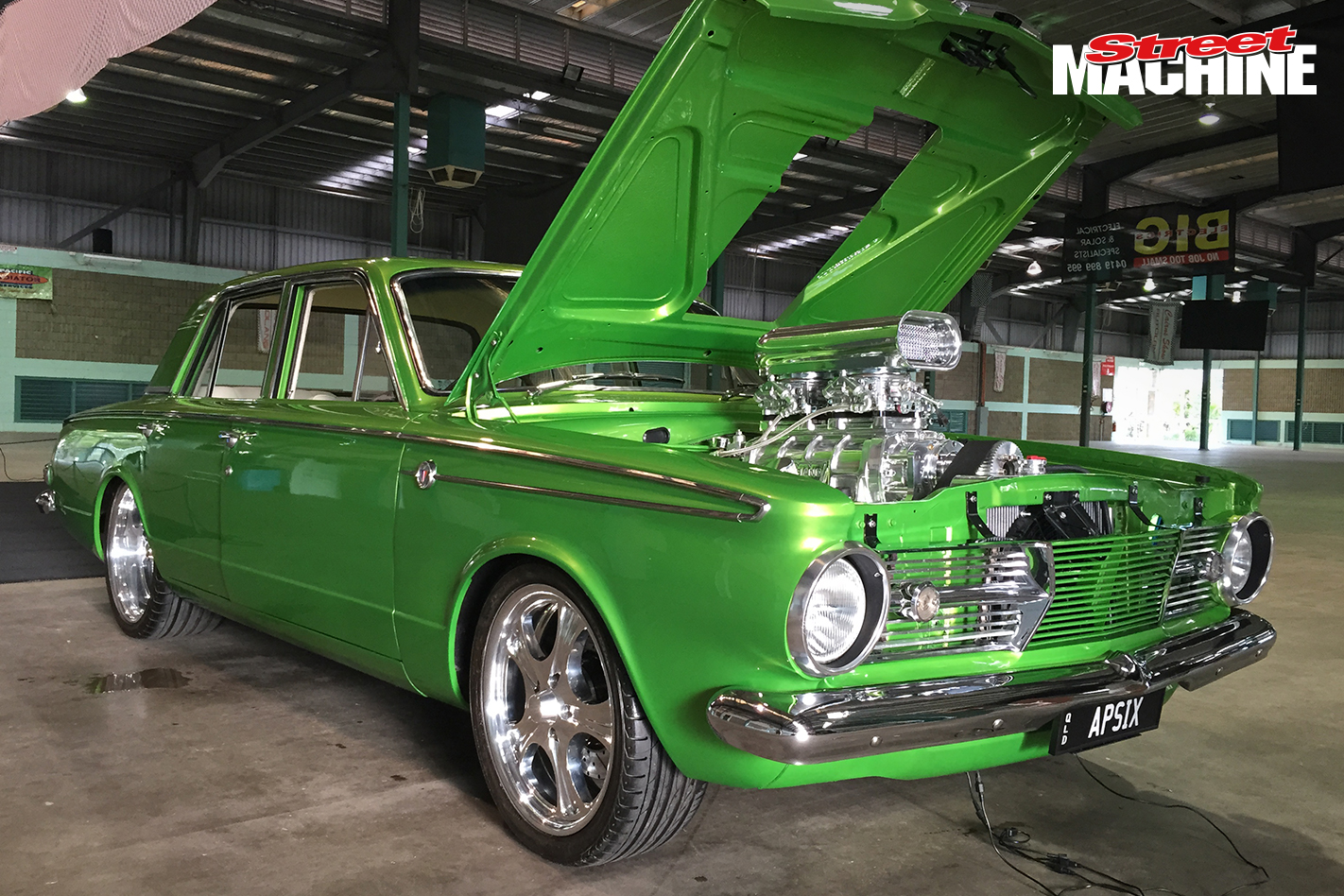 BACK up in Queensland is the Cairns Auto Spectacular, held at the showgrounds over the weekend. As well as a killer show ’n’ shine, there is also a go-to-whoa and dyno to add some action to proceedings. Lucas Hurley's blown AP6 Valiant is ready to debut tomorrow, so watch out for that one, Mopar fans. Check out cairnsshow.com.au for info. 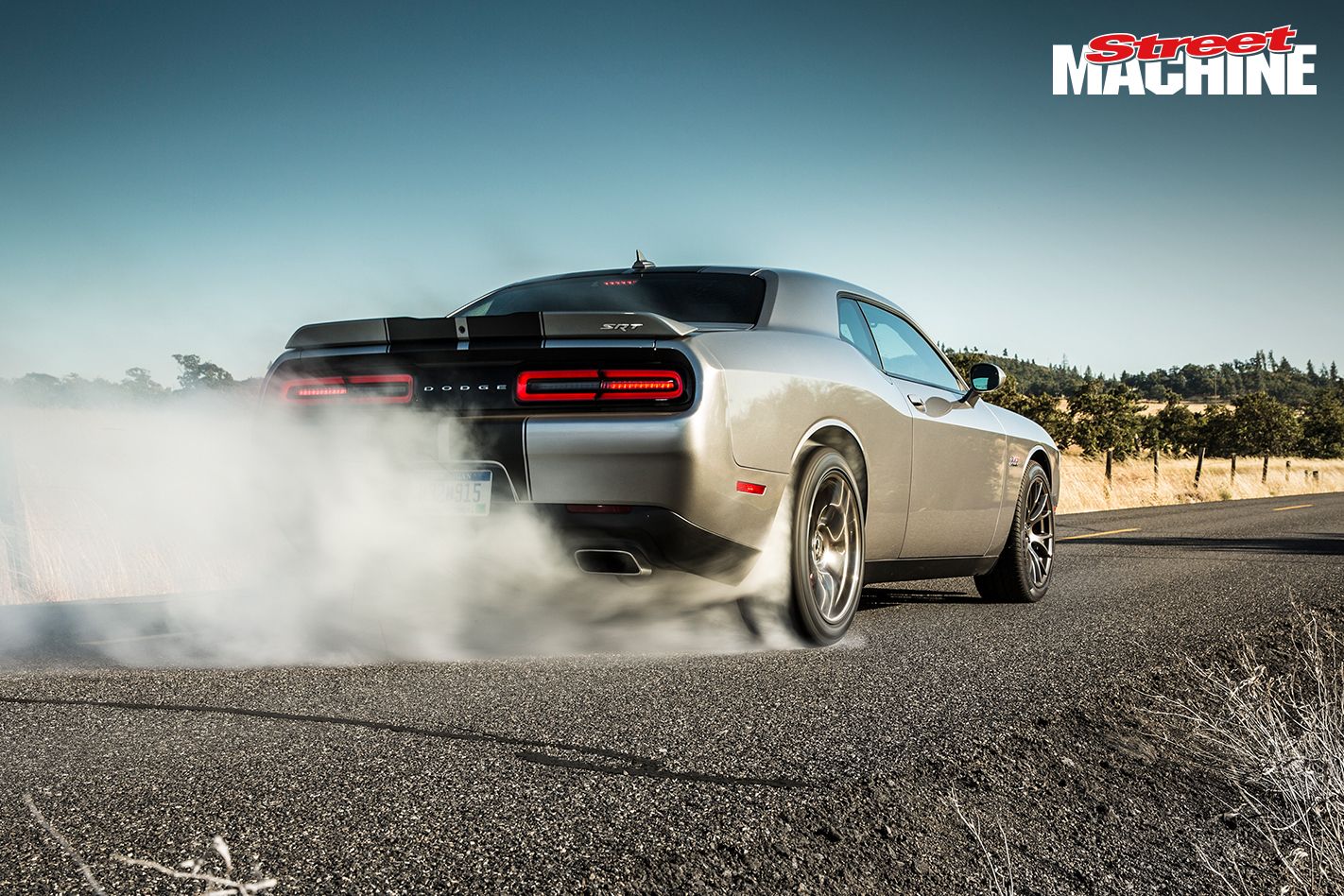 AND even further north, we have Mopars In Mackay, at Mackay Showgrounds tomorrow. As well as a strong showing of chrome-bumper Chrysler goodness, there will be a brand new Dodge Charger Hellcat and a Dodge Challenger Hellcat to check out in the metal. As well as the show cars, there will be trade stalls, activities for the kids, a jumping castle and the all-important coffee van. 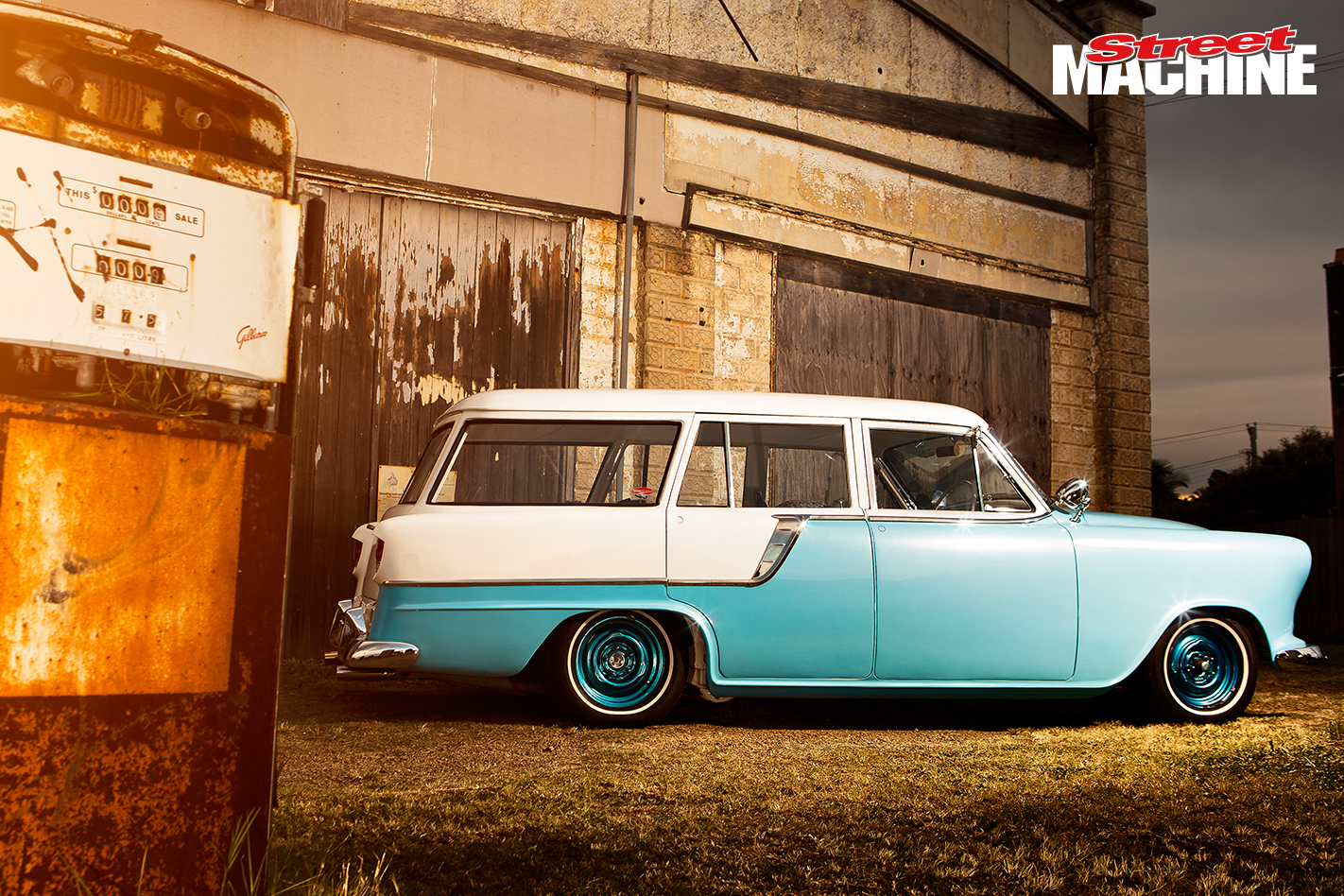 FURTHER south in Broadmeadows, NSW, we have the KRANKiT Ride ’n’ Drive Motor Expo on Sunday at the Newcastle Jockey Club. There’ll be over 300 show cars and 100 bikes on display, plus entertainment to the tune of live bands, freestyle motocross demos and amusement rides for the kiddies. There’s also a bunch of stalls working to raise money for charity. 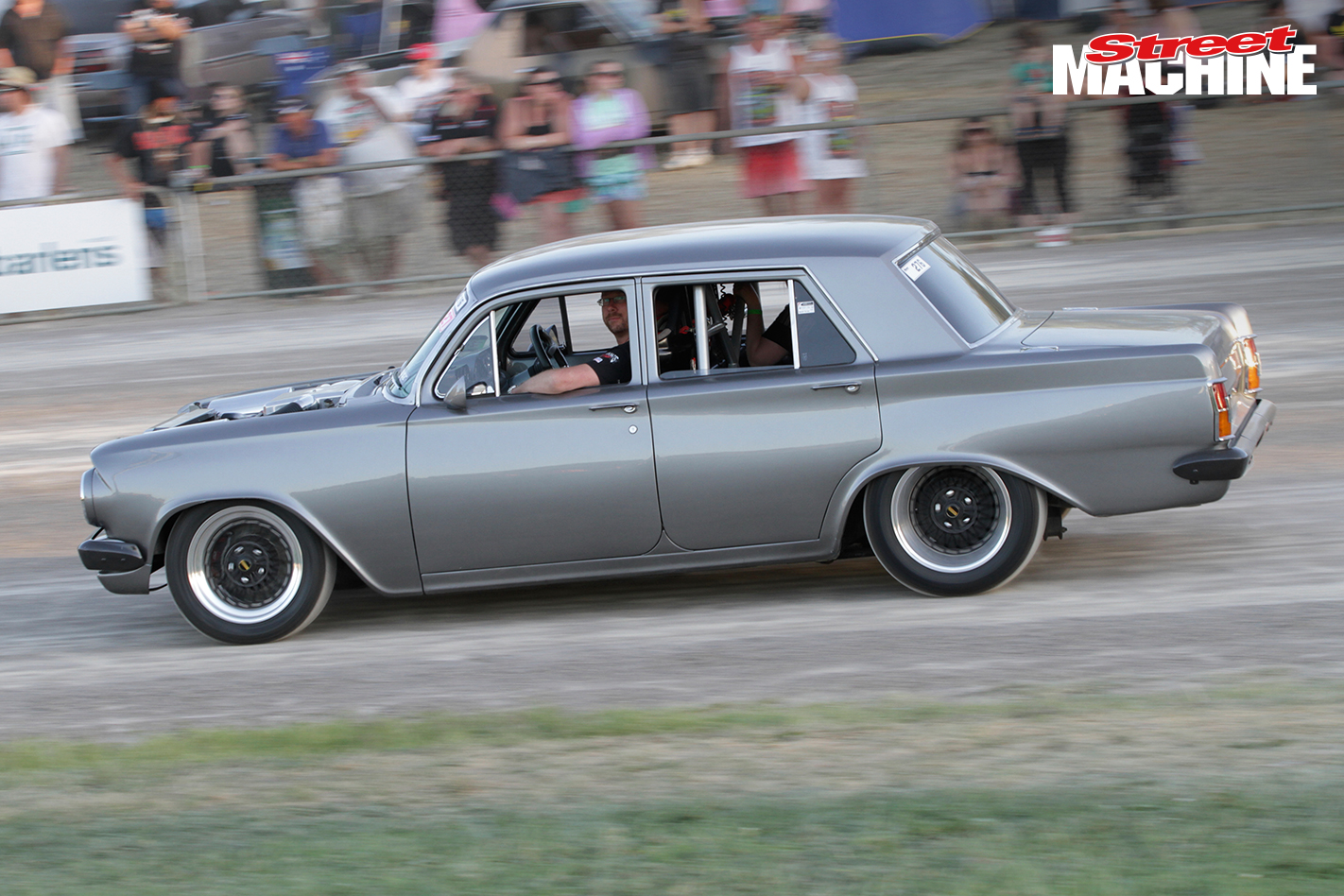 ALSO in NSW you’ll find the EH Holden Car Club Show ’n’ Shine, held at the Silverwater Park in Sydney on Sunday. Contrary to what you may think, the show is open to all makes and models, so there’ll be rods, classics, lowriders, muscle cars and exotics on show – something to please everybody! 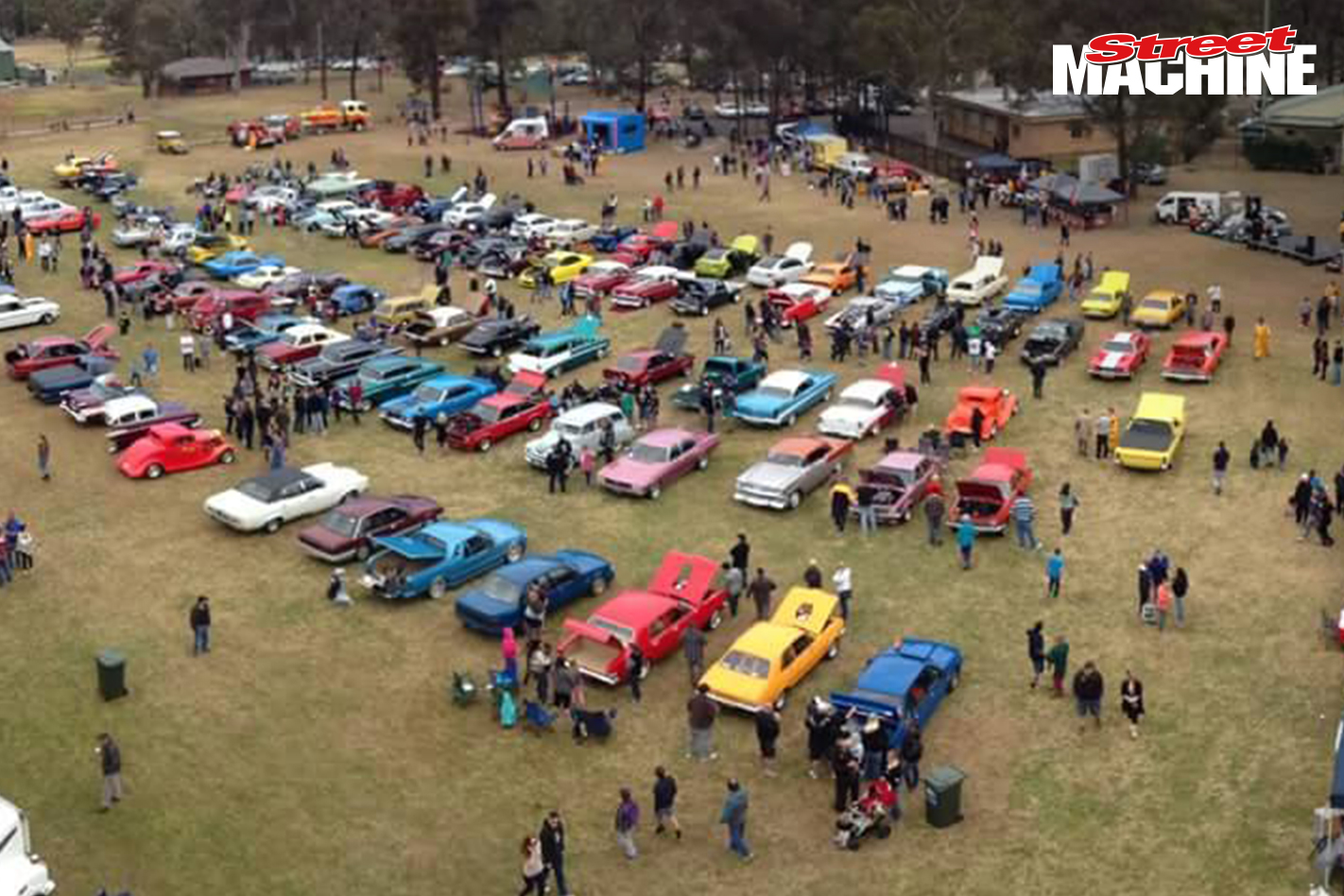 IT SEEMS NSW is spoilt for choice this weekend, because the Berkshire Park Motor Show is also on at the Sixth Rd Oval at Berkshire Park on Sunday. The event is a major fundraiser for the local fire brigade, and it’s open to all makes and models. There’ll be a show ’n’ shine, children’s rides and entertainment. Plus: 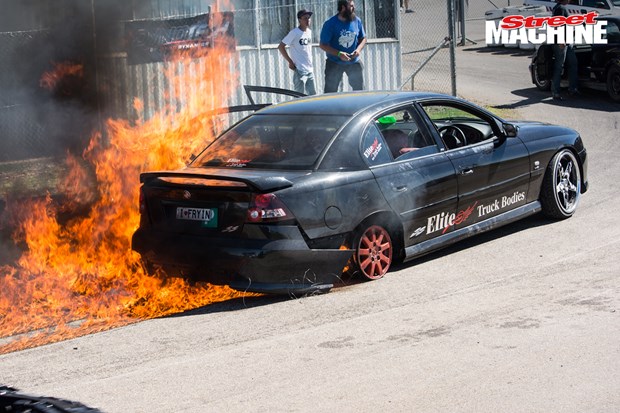 Send us your cool, funny, or plain awesome car photos they might get featured in the magazine! 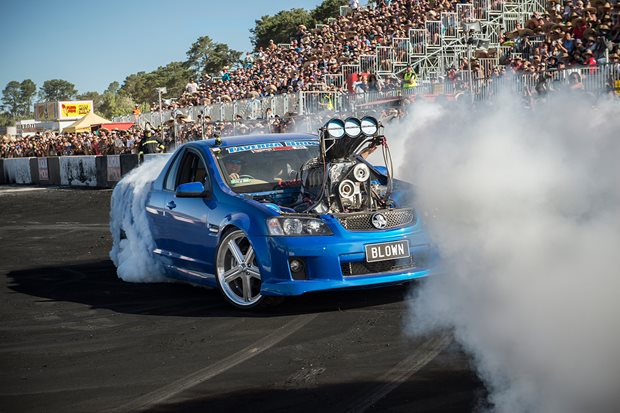 Burnouts under lights, a stack of heavy hitters and even some nitro are headed for the pad at Red CentreNATS 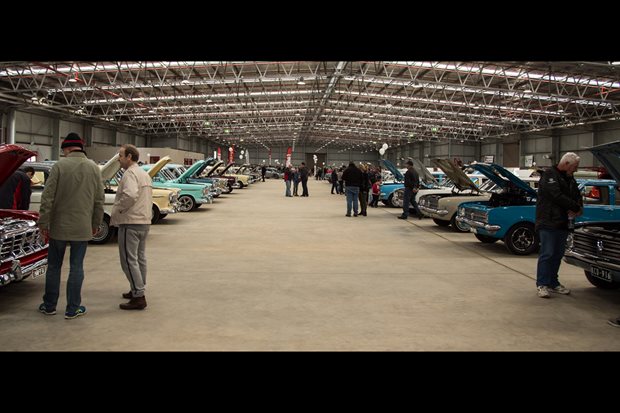