Will the 2019 Suzuki Jimny spawn a Stockman?

Carn Suzuki, bring back the Stockman!

TO SAY we’re excited about the forthcoming new Suzuki Jimny Sierra would be an understatement. It’s not every day – or every year, for that matter – we get served up a new 4x4 with live axles front and rear, a strong off-road heritage and genuine off-road ability, let alone one that looks as cool as the little Suzi.

We can’t wait to take the new Jimny off-road, but the question everyone asks is: ‘What about a ute? Where’s the Stockman?’ All we can say on that front is, don’t hold your breath. 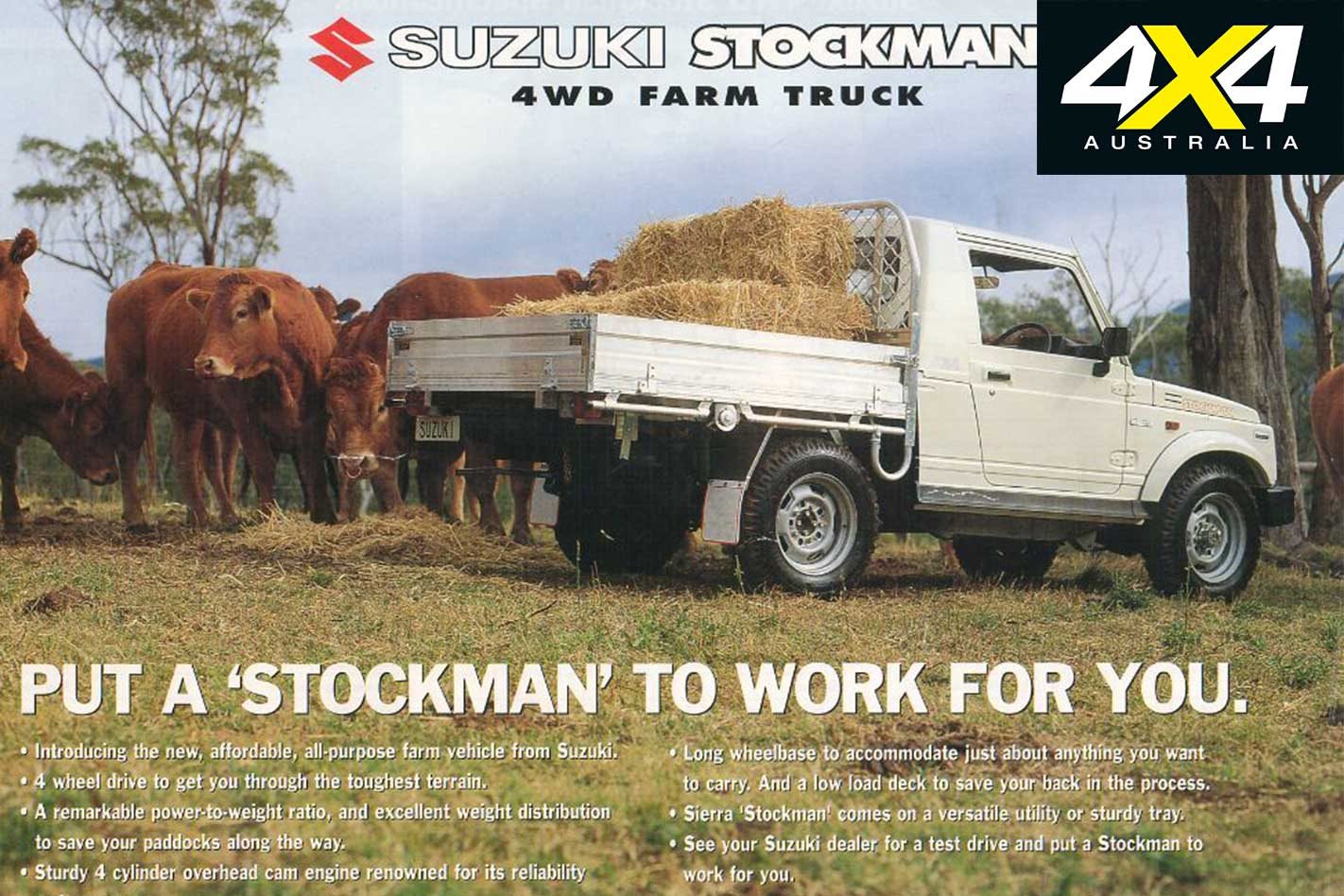 Looking back, the first Suzuki ‘ute’ in the Jimny family was the LJ80 long wheelbase cab-chassis that debuted in 1979. The ute continued in the second generation SJ series of the early 1980s when it was called the Suzuki Stockman in Australia, and Holden even rebadged it and marketed it as the Holden Drover.

The Stockman became the farmer’s friend, loved by the man on the land for its simplicity, go-anywhere ability and affordability. The Stockman was cheap but it wasn’t nasty, and many served duty of rural property for decades and tens of thousands of kilometres. You still see them used on properties around Australia, often without registration but always getting on with the job. 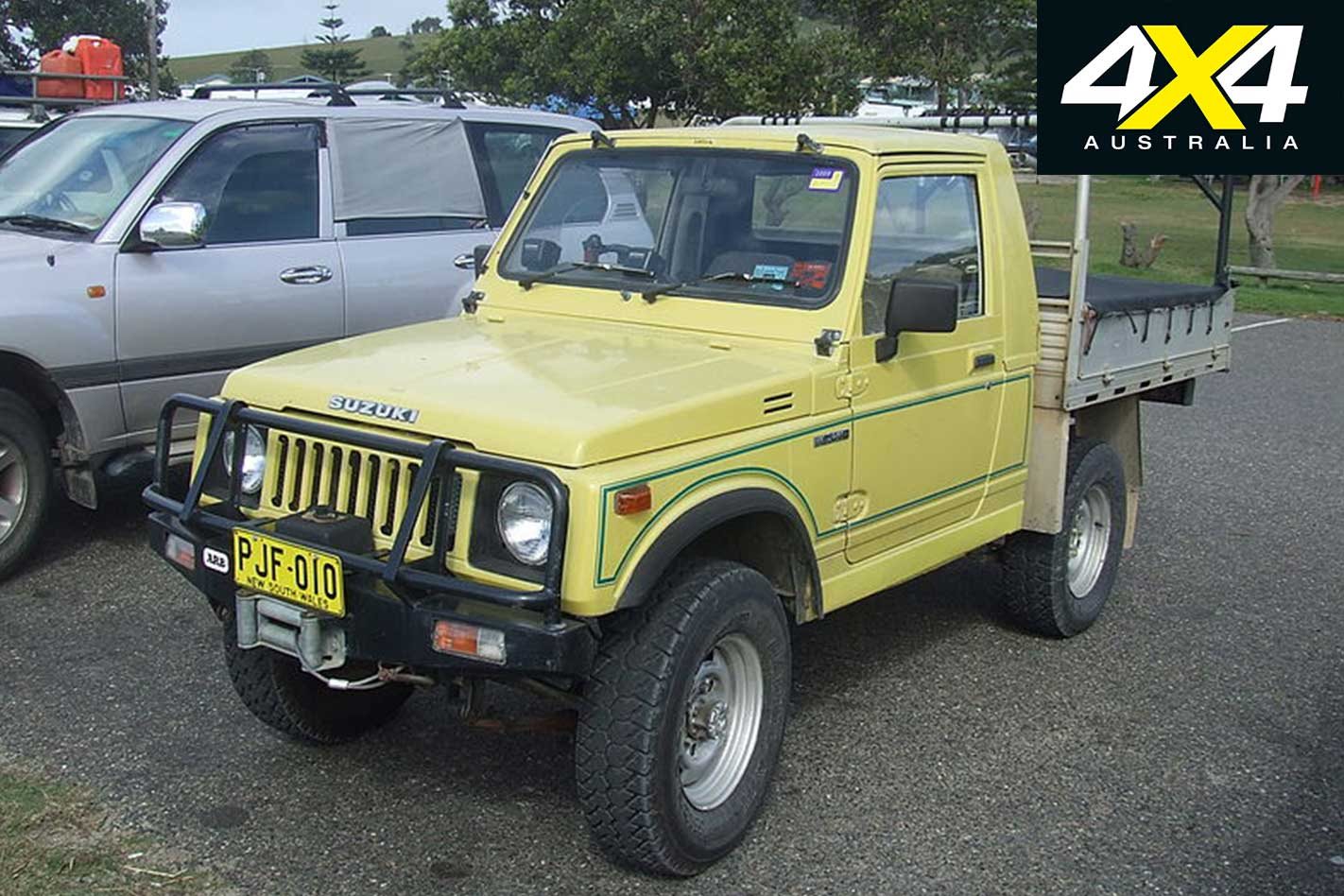 The long wheelbase cab-chassis died with the second-generation Jimny/Sierra and the third-gen vehicle was SWB hard-top or soft-top only. Sadly we doubt we’ll see the LWB ute again as the numbers don’t add up to make a business case for it, which is surprising, as farmers and primary producers still need such a vehicle to earn a living on the land.

Maybe if enough followers let Suzuki Australia know they want a new Stockman built of the 2019 Jimny, we might convince them.