THE FG-X XR8 Falcon Sprint is the last Australian-produced V8 Falcon we’re ever likely to see, and we’ve managed to get our hands on one of these limited edition machines to take for a burn.

Ford is only producing 750 XR8 Sprints and the word is that they’re already sold. They’ve got 345kW and 575Nm of torque with up to an extra 55kW and 75Nm torque available with Ford’s mysterious “transient overboost’ function. That’s the term Ford uses to describe the ‘perfect storm’ moment in the XR8’s tune when a variety of boxes are ticked in the ECU and it decides to let the driver play with all the horses. Of course there’s no kind of visual indicator to show when that moment has arrived so it’s a case of punch the throttle and hope for the best. Our mates at Wheels managed 0-100kph in the 5.2 second range and the standing 400m dash in 13.1 seconds, but they admitted that the worn rear tyres and poor ambient temperatures on the day weren’t conductive to the best times. Our seat-of-the pants meter clocks the XR8 Sprint as a high 12-second machine on the standing quarter, and as much as we trust our butts, without an official test session, that’s purely an estimate.

There’s plenty to like about the XR8 Sprint. It’s got great brakes with gold painted six-piston Brembo calipers and big discs up front and four-piston Brembos on the rear, and 19in alloy wheels shod with Pirelli P-Zero tyres all around. The interior is leather with suede accents and well-appointed with the eight-inch touchscreen and the voice-activated SYNC2 system, but still a little bland in appearance. Unfortunately the blandness continues through to the outside with little to show that the car is a special edition, except for the blacked out roof, side mirrors, a couple badges and little lip spoiler on the boot. After the beauty of the BA, BF and FG Falcons, the FG-X leaves us a bit cold.

It’s not all bad though. At $62,190 for the six-speed auto version (the manual is $59,990) the XR8 is a bit of a performance bargain. It’s not quite as quick as a HSV GTS, but it doesn’t come with the almost six-figure price tag either. Throw a tune and intercooler into the XR8 Sprint (because that’s how we roll) and you’ve got yourself a real lion tamer. 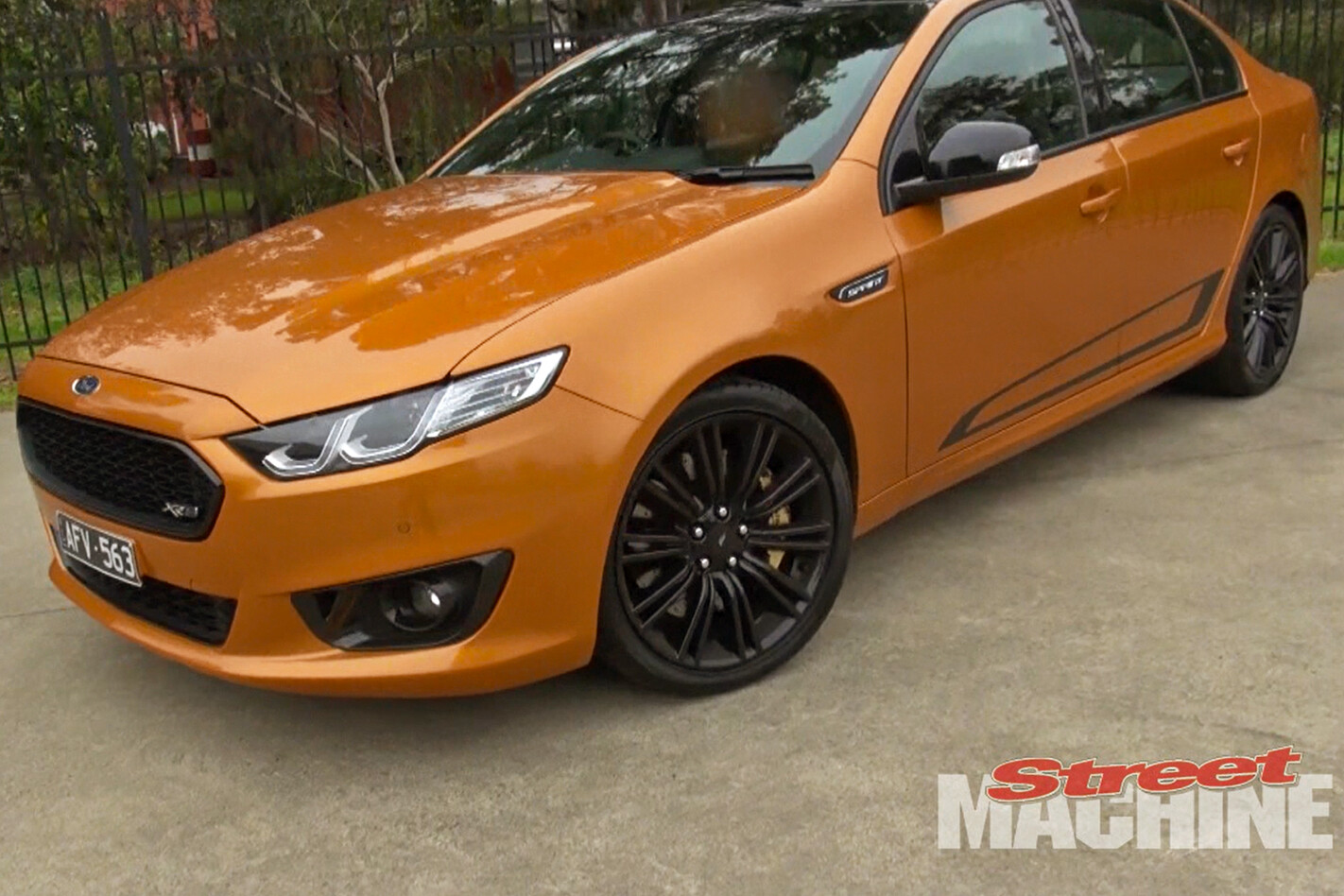 The word is however, that all the XR8 Sprints are already sold. You might find one or two still in dealerships but expect to pay a premium to extract them from the showroom. For those who like their boost in turbo form there’s an XR6 Sprint as well. They’re only making 500 of the XR6 Sprints, which makes them even rarer; we’ll try and get our hands on one of those too.

What do we want to see from Ford? We want a Mustang with the XR8 engine and an intercooler, or maybe one last blast GT-HO Falcon with the same; 427kW would be a great send off for the last of the Falcon V8s. It’s not going to happen, but it’s nice to dream.