WHEN the first Discovery arrived in 1989, it turned Land Rover’s flagging fortunes around and sparked a revival of the marque that continues unabated today.

Without the Discovery, Land Rover may even have perished before the millennium was done.

Yet the first Discovery was more of a card trick than any real advance, as there was nothing new except for a spacious, practical cabin and a distinctive stepped-roofed body. The rest was a vehicle that was about to be pensioned off, at least in its then-current guise, as the Range Rover.

Fast forward to 2017 and there’s a brand-new Discovery unofficially dubbed Disco 5, but effectively it’s a true third-generation model given the original Discovery and the Series II shared the first platform while the Discovery 3 and 4 shared the next. Interestingly, this new Discovery is also built off the back of a Range Rover. But this time it’s not a design dating back 20 years as was the case with the Range Rover when it gave birth to the original Discovery, but a design that’s a mere five years old. 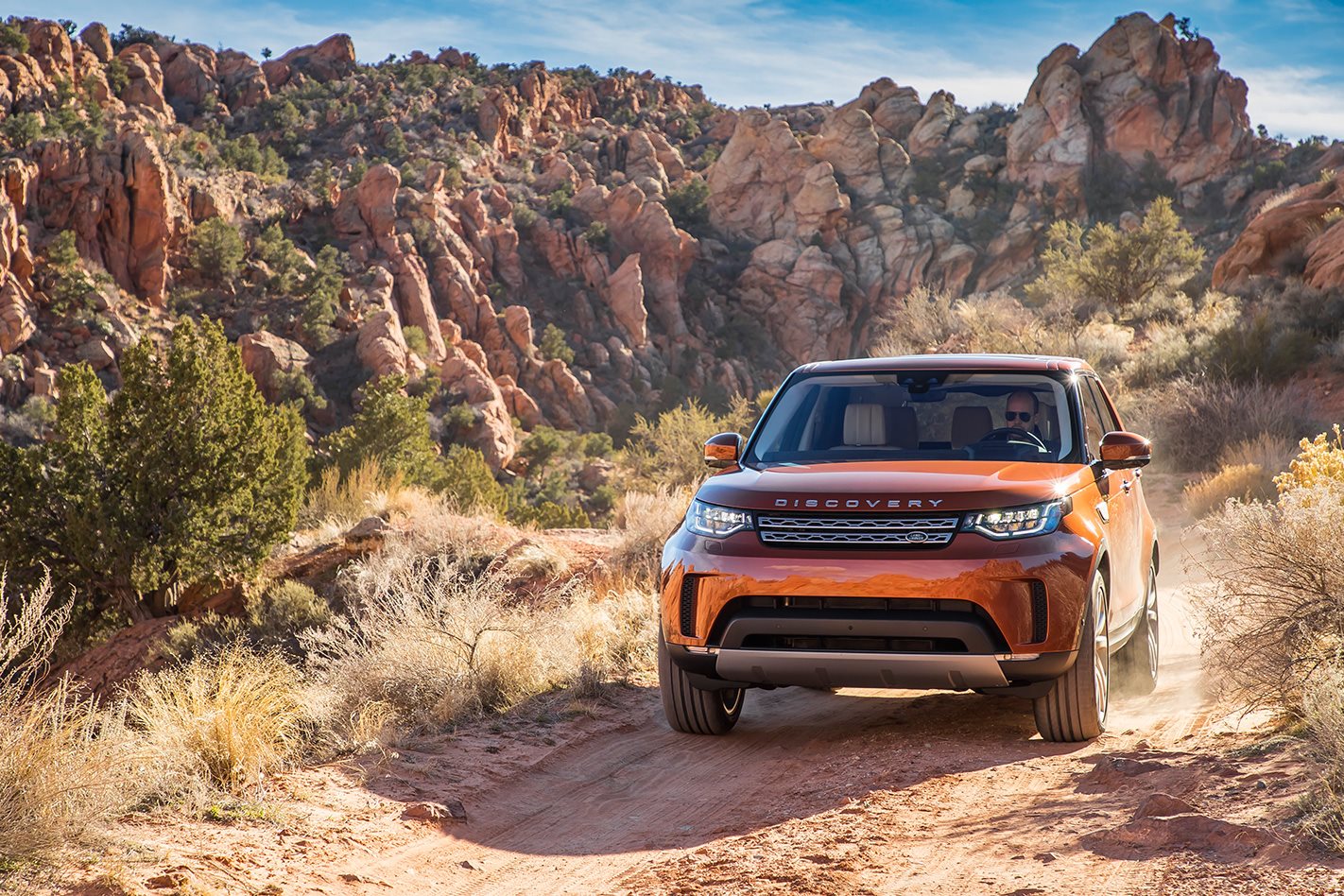 This new-generation Discovery also ties Discovery, Range Rover and Range Rover Sport together for the first time in the marque’s history in terms of commonality of the basic platform, in this case an all-aluminium monocoque. For the Discovery, this is also the first time there hasn’t been a separate chassis. The monocoque in question is not one piece as you may think, but it’s several different aluminium structures, some pressed and others forged, which are riveted and bonded together using techniques developed from the aerospace industry – think modern passenger jet.

The advantage of firstly doing away with the separate chassis and then switching from steel to an aluminium body structure pays enormous dividends in weight savings, up to a claimed 480kg. This brings the unladen weight down from the D3/D4’s beefy 2600kg (give or take a bit, depending on the model) to more like 2100-2200kg. That weight saving is also sufficient to see four-cylinder engines offered once again, something that didn’t happen with the heavier Discovery 3 and 4. Less weight is, of course, the universal solution for everything you want in a 4x4 – stronger performance, increased off-road ability, sharper on-road handling and lower fuel use.

What’s yet to be seen is if the new Discovery’s aluminium composite monocoque will match the impressively robust, steel separate chassis of the Discovery 3/4 for durability. Steel, of course, is an altogether different metal from aluminium and offers different properties in terms of elasticity and the like. The new Discovery does, however, have steel rather than aluminium sub-frames to carry the suspension components.

Sadly, given the obvious effort that has gone into this new Discovery, Land Rover hasn’t seriously addressed the two key shortcomings of the outgoing Discovery when it comes to bush practicality: the fuel tank capacity and the wheel/tyre specification, although it has tweaked things here and there.

As Discovery 4 owners know all too well, the smallest factory wheel you can fit is a 19 that wears 255/55 tyres. The smallest factory wheel on the new Discovery is still a 19, but the standard tyre spec is a slightly taller 255/60, or an equally tall but narrower 235/65. This is a move in the right direction, but the retention of the 360mm front brakes rotors remains a problem in terms fitting smaller wheels and therefore more off-road-friendly tyres.

For the four-cylinder diesels, fuel capacity is also just 77 litres (down from the D3/4’s 82 litres); although the TdV6 gets 85 litres. While the lighter weight will bring better fuel economy and therefore a longer touring range, it’s a pity Land Rover didn’t see fit to bump fuel capacity to 100 litres (at the very least) or, ideally, the 140 litres you get in a Prado 150.

While the new Discovery brings a wealth of high-tech gadgets, the gadget I’d really like to see – but isn’t offered – is on-board tyre pressure adjustment, so you could quickly and easily drop the pressures for something like soft sand and then pump them back up when needed. If Land Rover wanted to be really clever this could be tied in with the Terrain Response, so selecting ‘Sand’ mode would automatically drop the tyre pressures while the ‘Highway’ mode would restore them again. A manual override would also allow the driver the tweak the pressures as the need arises.